The memorial will honor Lee County deputies who have died in the line of duty.

Families of fallen LCSO deputies were in attendance along with many deputies and retired deputies.

The granite that will be used to build the memorial is made from the same granite used in the Vietnam Memorial wall in Washington D.C.

Starting Thursday the sheriff’s office is accepting donations for the project.

Sheriff Carmine Marceno said they plan to get the project done as quickly as possible, but it will depend on fundraising efforts.

Lieutenant Donnie Fewell spoke at the event. His twin brother Ronnie Fewell died while responding to a domestic violence call. 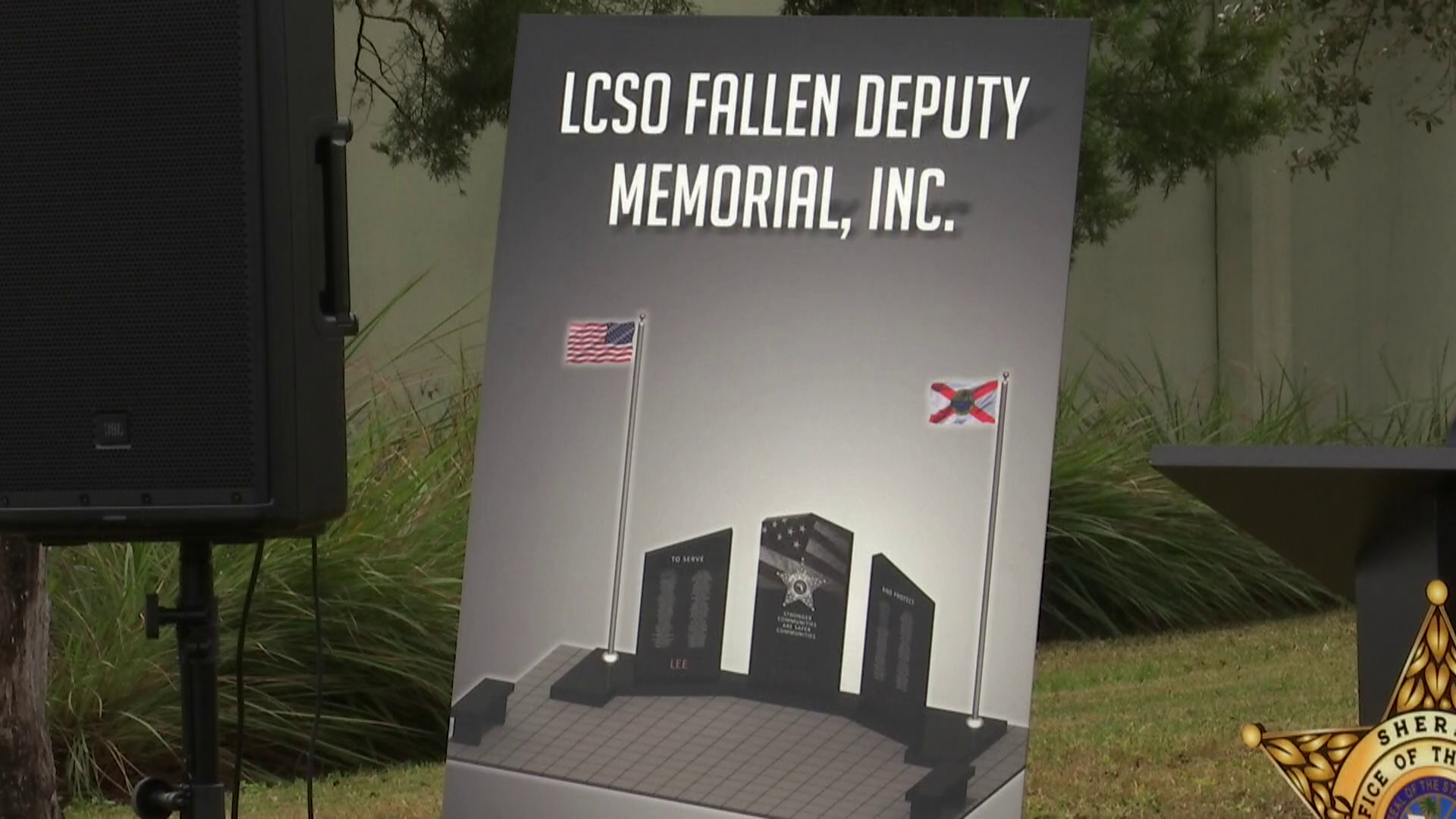