Kano the dog is ready to be adopted

Charlotte County deputy out of hospital after being dragged by car

Kano the dog is ready to be adopted

Charlotte County deputy out of hospital after being dragged by car

Two people have been arrested in connection to a fatal shooting of a man in Pine Manor Tuesday morning.

Deputies responded to the report of a shooting in the area of Tenth Avenue, where they found a man with gunshot wounds lying in the roadway next to a vehicle. He died at the scene.

The family identified the victim as 48-year-old Demond Booker, who Marceno said “was present with associates on scene, where a verbal altercation occurred and it quickly turned violent.”

Booker’s nephew, Roderick Bowman, said the family is pleased with the arrests, but it doesn’t change their loss. “I’m happy for it but still can’t bring my uncle back. I’d rather have my uncle than them getting caught or whatever.”

Andino Lugo and Luberisse were arrested at a hotel in Lehigh Acres early Wednesday. 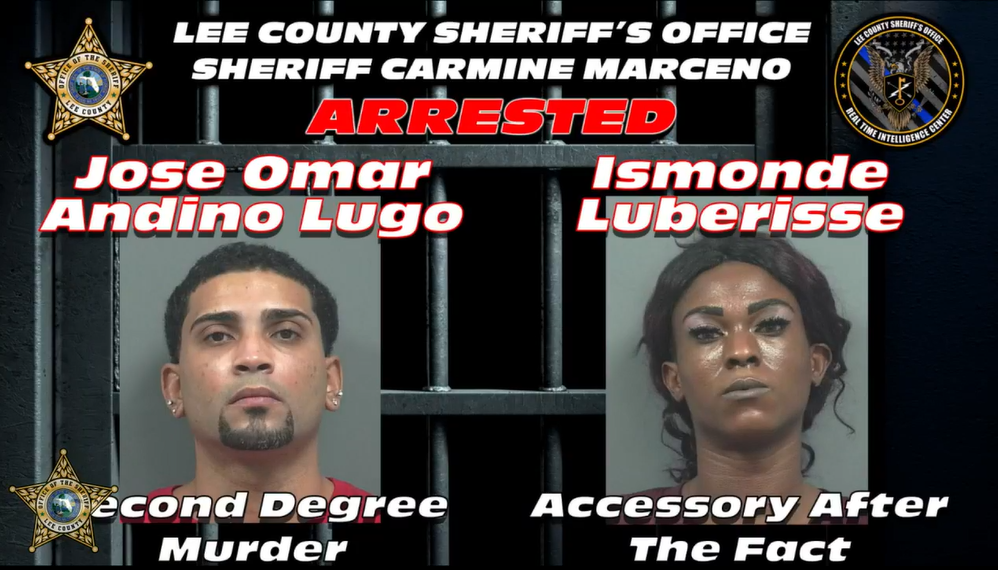