[CAPTURED] Christopher Morales (DOB 6/9/88) – Wanted in Lee County for violation of probation for grand theft and uttering a false instrument.

Law enforcement said he had been living rent-free with his employer for six months when he up and seemingly disappeared.

The next day, his former boss discovered his laptop and other personal property were missing, as was a cash deposit that Morales picked up for him from a customer. Soon after, the victim/ex-boss discovered that Morales had stolen several checks from his business account and made them payable to himself to the tune of several thousand dollars over the course of five days.

He is 6’0”, 196 pounds and has several tattoos, including praying hands with his last name on his left arm and a totem pole on his right arm. Upon his arrest, he will be held without bond.

[CAPTURED]Justin Panossian (DOB 11/1/83) – Wanted in Lee County for violation of probation for burglary of an occupied dwelling. This warrant stems from an incident when he broke into a friend’s home and stole cash.

He’s a repeat offender with 11 bookings on his rap sheet on charges of burglary, theft, the possession of cocaine, dealing in stolen property, and fraud. He was sentenced to a year and a half in state prison, and just got out in June, and is already on the fast track for a return trip.

He is known to have gang affiliations and has a record of violent tendencies. He is 6’0”, 205 pounds and is known on the streets as Iceman.

He’s obviously got a large collection of tattoos, including a teardrop under his left eye, a dollar sign and the name Kaylee on his face, loyalty on his right hand and an 8 ball on his left hand. He was last known to be living in North Fort Myers.

Dwayne Fuller (DOB 3/18/00) – Wanted in Lee County on a bench warrant for failure to appear on a charge of battery on a law enforcement officer and obstruction.

His current situation started when he came to the beck and call of a relative who was being arrested. Fuller became verbally and physically combative with deputies, which was exacerbated by the fact that other family members were trying to pull Fuller away from the grasp of officers. At the end of the day, Fuller ended up in jail for resisting.

After being released on bond, Fuller was supposed to show up for a court hearing on his case, which he has failed to do. To date, he has six bookings in Lee and Collier County for battery, resisting and armed burglary.

When he was in middle school, he was charged with a felony when he called in a bomb threat for a school bus. He later admitted to the crime and said he did it because he thought it would be funny.

He is 5’9”, 165 pounds and was last known to be living in Lehigh. Upon his arrest, he will be held without bond.

After cutting a gate, the thieves loaded up 62 copper pipes that were 25 feet in length and weighed about 100 lbs. each. 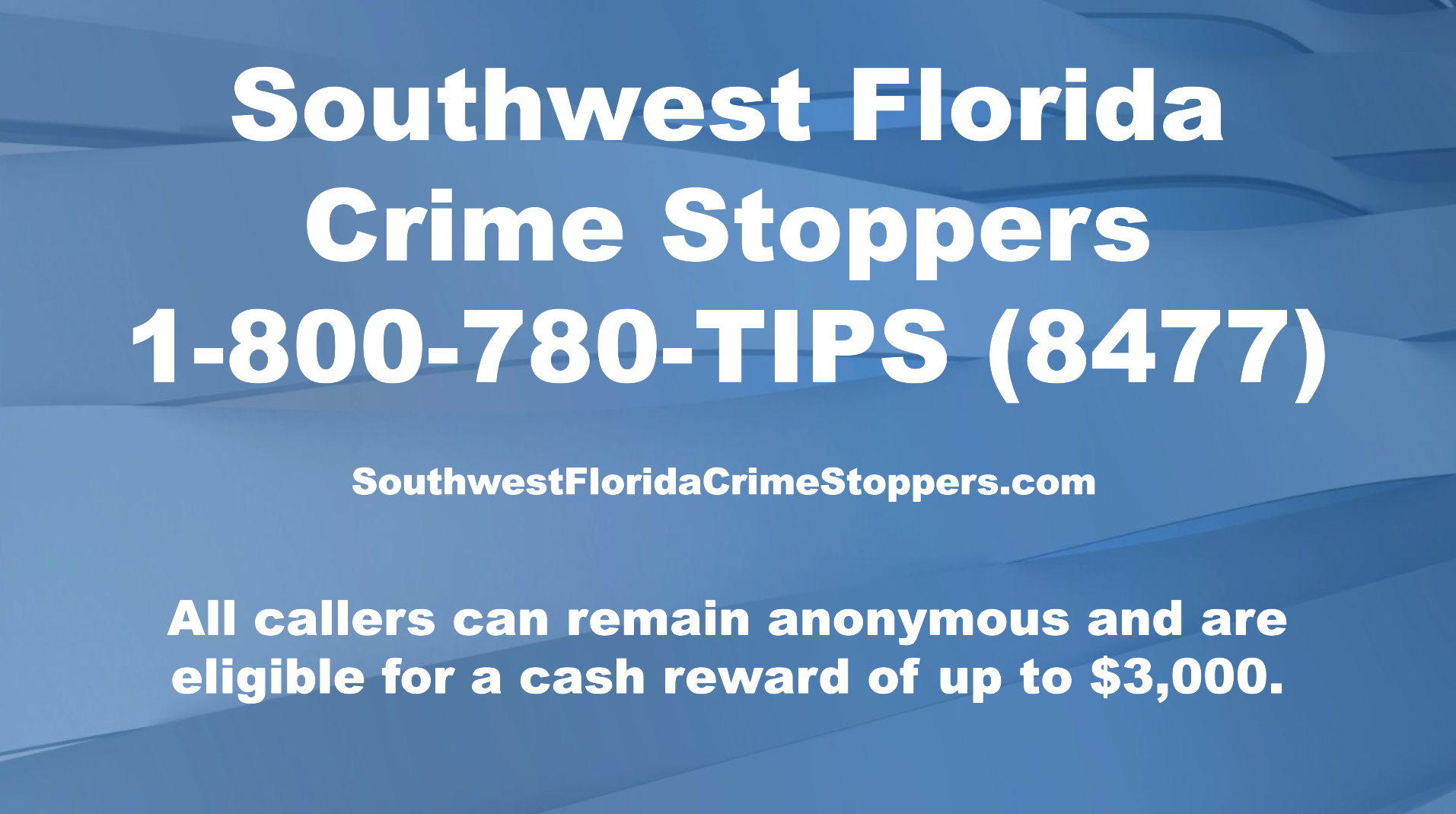