Two suspects have been arrested, two are at large and a fifth discovered dead of natural causes in an investigation of a multi-state retail theft ring.

The Polk County Sheriff’s Office, working with Florida Attorney General Ashley Moody and the Georgia Bureau of Investigation developed five suspects from Georgia during an investigation that started in August 2019 at a Walmart where three people were conducting suspicious merchandise returns. Two suspects have been arrested, one suspect died of natural causes, two suspects are at large with warrants for their arrest and investigators are attempting to identify an additional three.

“While much of the country was busy social distancing and taking measures to prevent the spread of COVID-19, the criminals executing this expansive retail theft scheme were driving to Walmart stores throughout the country, replacing new televisions with damaged or used ones and fraudulently returning them for a massive ill-gotten payday,” Moody wrote in a press release. “Thanks to great legal and investigative work by my statewide prosecutors and [Polk County] Sheriff [Grady] Judd’s deputies, the members of this odious retail theft ring were caught and will face justice for their crimes.”

An organized group of suspects was defrauding Walmart by conducting fraudulent refunds and selling stolen merchandise for profit. The investigation revealed the suspects operated in at least 13 different states through the U.S. in a seven-month span. Within Florida, it was determined the suspects affected 18 judicial circuits and 39 different counties, including Charlotte, Collier and Lee.

The investigation shows the ring has been operating since at least 2014. Records show losses to the retailer between Aug. 15, 2019, and March 24, 2020, include approximately 600 fraudulent transactions resulting in a loss of about $300,000. Of these losses, $174,542.45 was stolen from Floridian Walmart stores. Based on evidence showing the suspects have selling televisions since at least 2014, it is estimated they stole approximately $3.6 million from retailers.

Members of the group would purchase large, expensive TVs from a Walmart store for cash, remove the new TVs and replace them with salvaged ones, return them for cash, and keep and re-sell the new (stolen) televisions. This was even caught on video.

Jorge Robert Ortiz, 26, and Chanthan Scott Khouleanghak, 39, have been arrested on multiple charges.

“The investigation began on August 31, 2019 at the Walmart Store located at 2120 US Highway 92 West, Auburndale, Florida, in reference to three men conducting suspicious merchandise returns. Detectives made contact with Walmart Investigators and learned the suspects had responded to multiple Walmarts in Polk County, Florida, to return and attempt to return televisions for cash refunds. 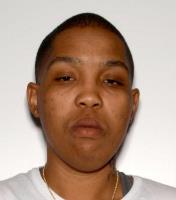 “The receipts stated that cash was paid for each television and the serial numbers on the receipts matched those on the boxes and the televisions. The suspects were interviewed separately and each provided different stories regarding the reasoning behind the television returns, the locations they had travelled, where they were travelling to, and what kind of work they were performing.

“Due to the cash receipts matching the serial numbers at the scene, no arrests were made, but the items were identified, photographed and the suspects were allowed to leave: Eric Eugene Grigsby, Jacorri Bentez Holland, and Jorge Robert Ortiz, all who had Georgia residency. Detectives observed several televisions in the rear of the cargo van they were driving—the investigation determined that these televisions were later returned to Walmart stores in Alabama and Florida. The Dodge B3500 cargo van was later identified as having been used throughout the eastern United States as a part of the organized fraudulent scheme.

“The investigation identified a business in Smyrna, Georgia, that was sending money to the suspects. Detectives worked with the Georgia Bureau of Investigations (GBI) and conducted undercover television purchases at the business. Two of the televisions purchased from the business were determined to have been purchased by the identified suspects on February 23, 2020 in Kentucky and then returned with fraudulently substituted broken televisions by the suspects in Deltona, FL and Green Acres, FL on March 01, 2020.

Detectives have identified social media accounts and businesses believed to be used to sell the televisions stolen from Walmart televisions.

“In September of 2020 PCSO detectives provided information to the Gwinnett County Sheriff’s Office in relation to where suspect Chanthan Scott Khouleanghak may have been located. Detectives with the Gwinnett County Sheriff’s Office located Khouleanghak driving a Dodge van and conducted a traffic stop. Upon his arrest, Khouleanghak was found to have 25 televisions in the back of the vehicle. PCSO detectives inspected the televisions and found they had been altered and readied for return to Walmart stores. 70 other receipts were located that showed the suspects had purchased additional televisions and were preparing them for alterations and return.

“Since the initial findings of fraud, PCSO detectives have been working with Walmart loss prevention personnel, other law enforcement agencies, and the Attorney General’s Office of Statewide Prosecution (Florida) to develop extensive evidence and documentation of the thefts from Walmart stores all across the Southeastern United States.”