A trough of low pressure a few hundred miles southeast of Bermuda is producing disorganized showers and thunderstorms. Little development is expected in the near-term due to unfavorable wind shear and interaction with a front.

Right now, the National Hurricane Center is giving it a 10% chance of development. 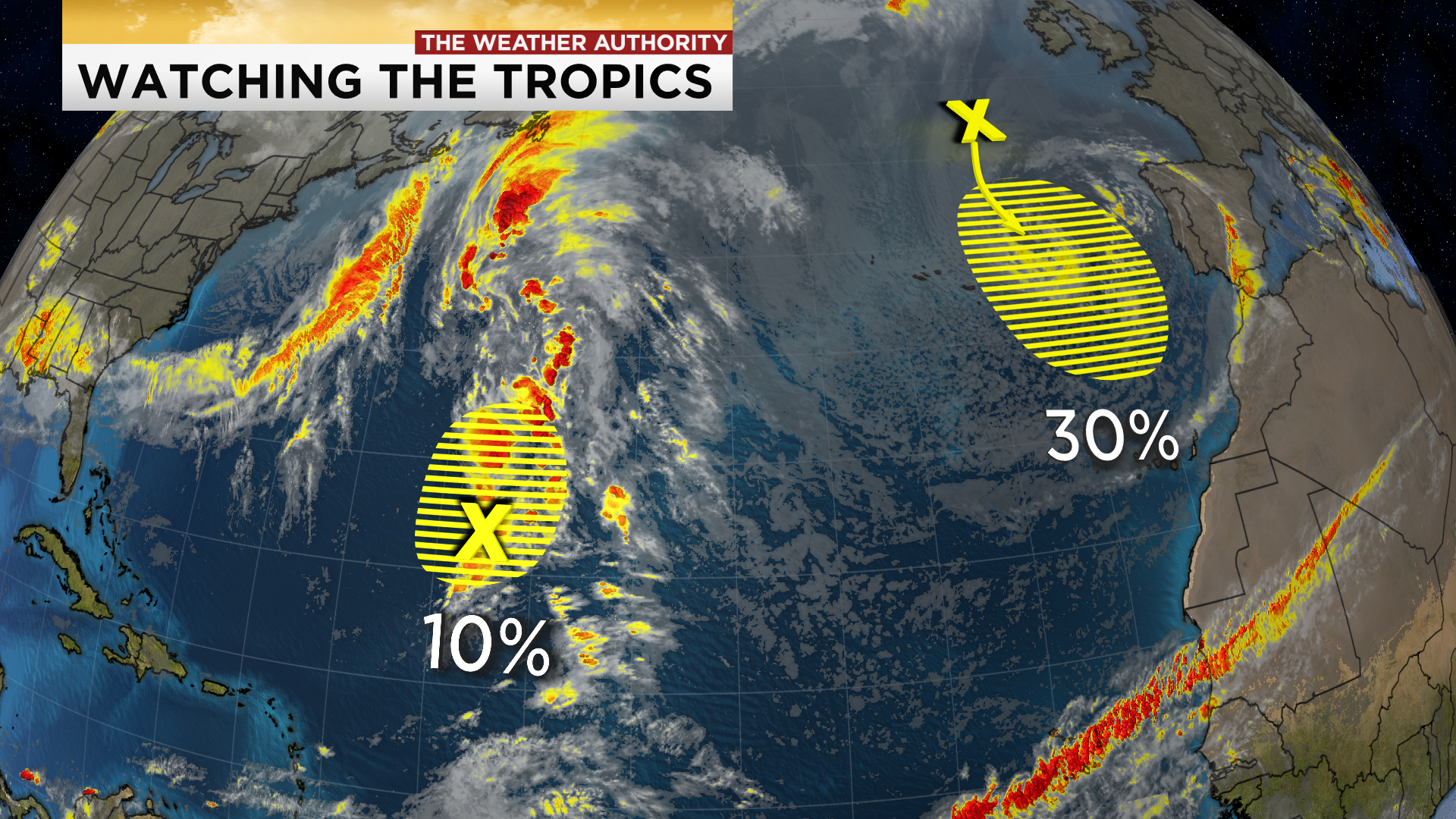 Elsewhere, another low is expected to form over the eastern Atlantic over the weekend. This system could gradually gain subtropical characteristics while it moves slowly southward near Portugal through early next week.

Right now, the National Hurricane Center is giving it a 30% chance of development.

Back in Southwest Florida, we have a copy and paste forecast for your Saturday! Temperatures will peak in the mid-80s, mix of sun and clouds, and only a stray shower potential.

This trend of mostly dry conditions and warmer than normal temperatures will continue through the weekend. On Monday, a cold front moves through our area, bringing rain and clouds. 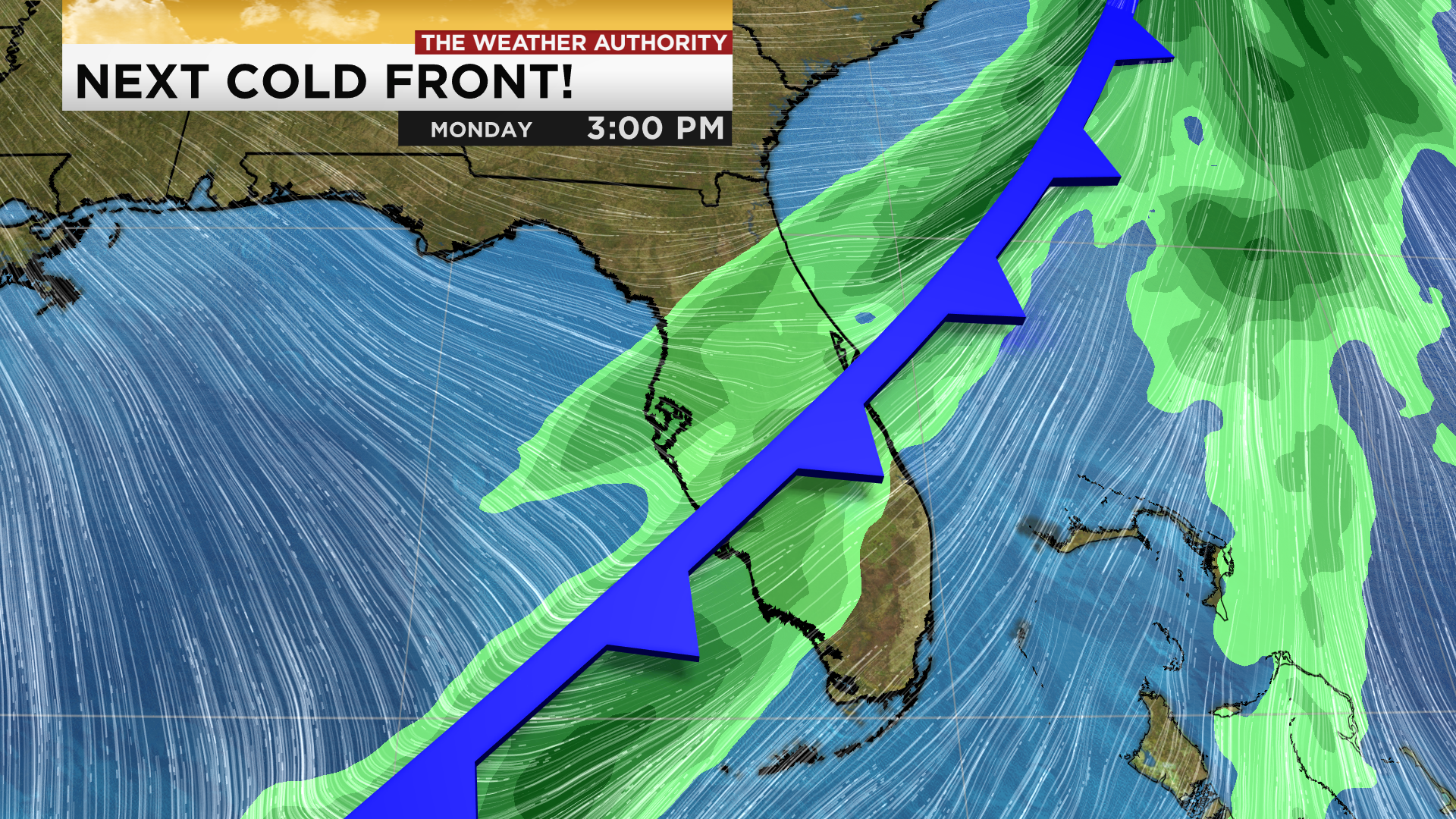 Behind the front, expect the coldest temperatures so far this season as lows dip into the 40s Wednesday morning. Time to break out our Florida “winter” coats!