Red tide has not been a concern for Southwest Florida yet this season, according to FWC,  but this is the time of year it starts to appear.

However, there are indications that it could be coming.

An aquatic bird commonly known as cormorants have been spotted on Fort Myers Beach bobbing their heads and walking lethargically, appearing to be ‘drunk’.

This behavior could be caused by potential exposure to red tide.

According to CROW Clinic on Sanibel, they have cared for 28 cormorants with similar symptoms, many coming from Fort Myers Beach.

Despite these observations on land, only low levels are being reported in southern Sarasota County.

Red tide shouldn’t hinder those who want to come out to the beach for fresh air and sunshine.

Dr. Mike Parsons with FGCU’s Water School said the source could come from their diets by eating fish that ingest red tide.

Parsons added, “When red tide does show up and shows up near our beaches, it’s typically very patchy,” Parsons explained. “So if one beach is experiencing red tide, you can just move down the shoreline a few miles and the beach will be fine. So I think people need to realize you can move around and you can limit your exposure to red tide in that way.”

So if red tide does appear, it will all depend on the currents offshore. 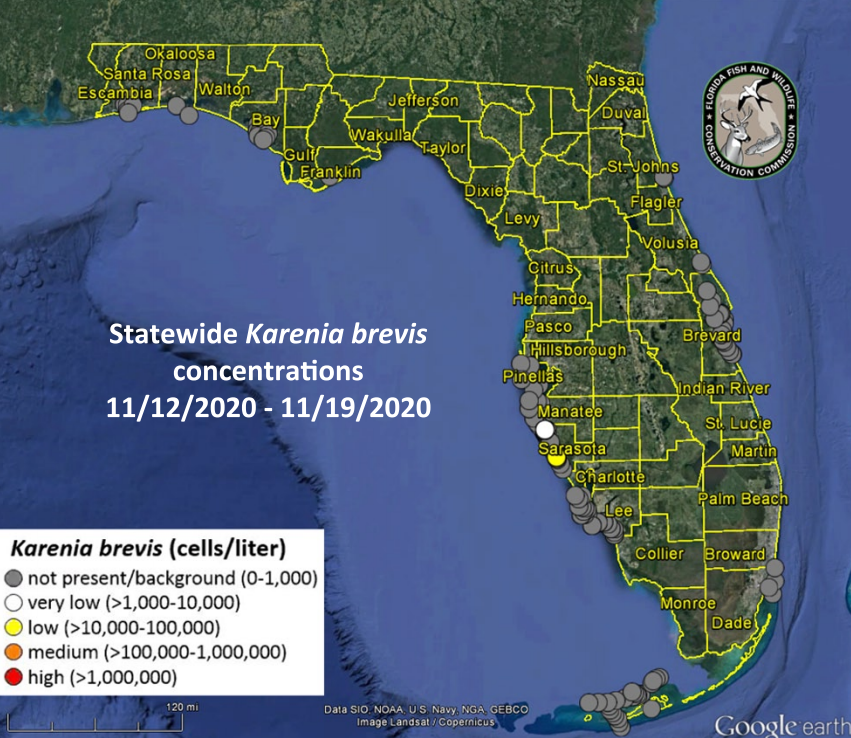