Tuesday, the seven-foot-long gator was left on a Cape Coral family’s front lawn. But it sat there, dead and rotting, for an entire day. The homeowners called Sunday Night for someone to come to remove it…which took until Tuesday morning.

A crane had to come to remove the large, dead gator from the neighborhood. However, it created quite a spectacle according to Tammie Rippie and Alex Zink.

“We’ve been waiting to see an alligator,” said Rippie. “We saw the alligator and said ‘cool! That’s impressive!'” said Zink.

Impressive, sure. But it was a problem for Melisa Mallous. She lives in this house that has a storm drain out front. On Sunday, Mallous heard the gator trapped in the drain and immediately called FWC. 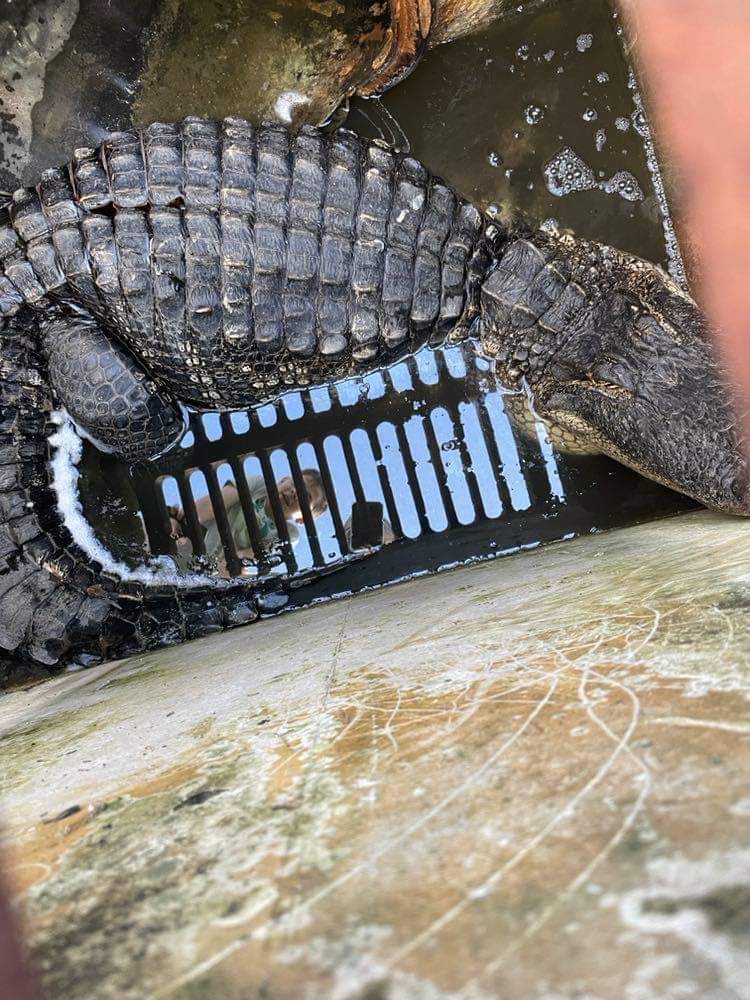 “I heard a gurgling noise. My husband looked into the drain and there was a gator in there,” said Mallous.

FWC told WINK News a trapper did come out, but once they realized that the alligator was dead, they informed Mallous that it was the City of Cape Coral’s job to remove it.

On Monday, Melisa called FWC again and took this video of Tracy Hanson’s team removing the gator from the drain and leaving it in her front yard.

“It was raining. She thought the water was now going to come up in her yard, so we came back out and pulled it out, and talking to her she said the city was already notified that they were to come get the gator,” said Hanson, who is Lee County’s FWC trapper. “That’s why I was left there, for the city to come pick it up.”

Thus the gator sat there until Tuesday morning.

The city promises it will properly dispose of the alligator.