The center of Iota is located about 30 miles south of Puerto Cabezas, Nicaragua.

The storm is expected to bring devastating winds, life-threatening storm surge, and extreme rainfall to portions of Central America. 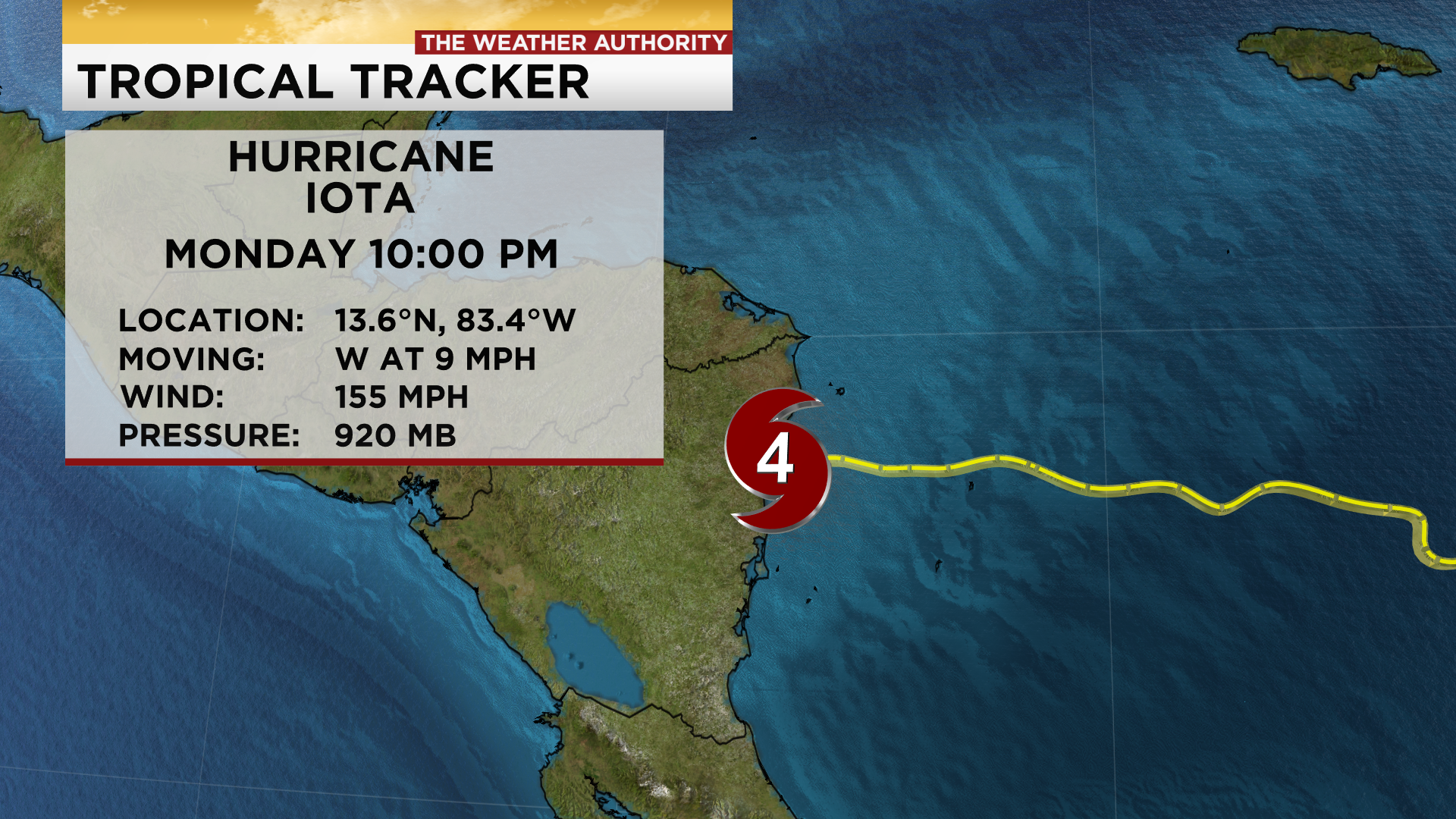 The core of Iota will make landfall in northeastern Nicaragua tonight and dissipate over Central America by Wednesday.

Rainfall totals will peak between 10 – 20 inches from Honduras, northern Nicaragua, Guatemala, and southern Belize. Isolated maximum totals of 30+ inches will be possible, leading to significant, life-threatening flash flooding and river flooding, and mudslides.

Storm surge will raise water levels as much as 15 – 20 feet above normal along the coast of Nicaragua and Honduras. Life-threatening surf, rip currents, and large swells will affect the coast of Central America, the Yucatan Peninsula, Jamaica, and Colombia. 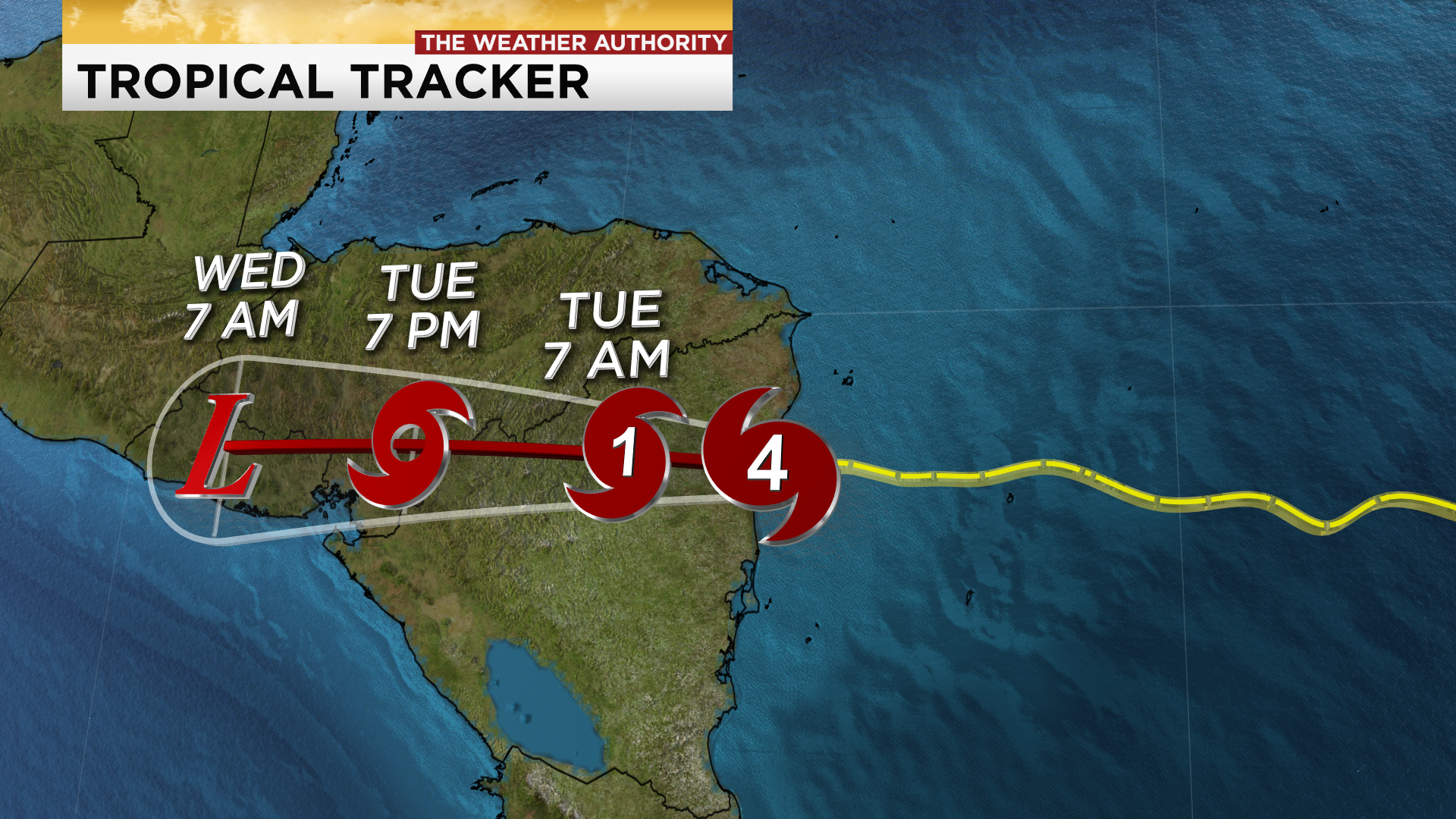 A Hurricane Watch is in effect for San Andres.

A Tropical Storm Warning is in effect for San Andres, the coast of Nicaragua from south of Sandy Bay Sirpi to Bluefields, the northern coast of Honduras from west of Punta Patuca to the Guatemala/Honduras border, and Bay Islands. 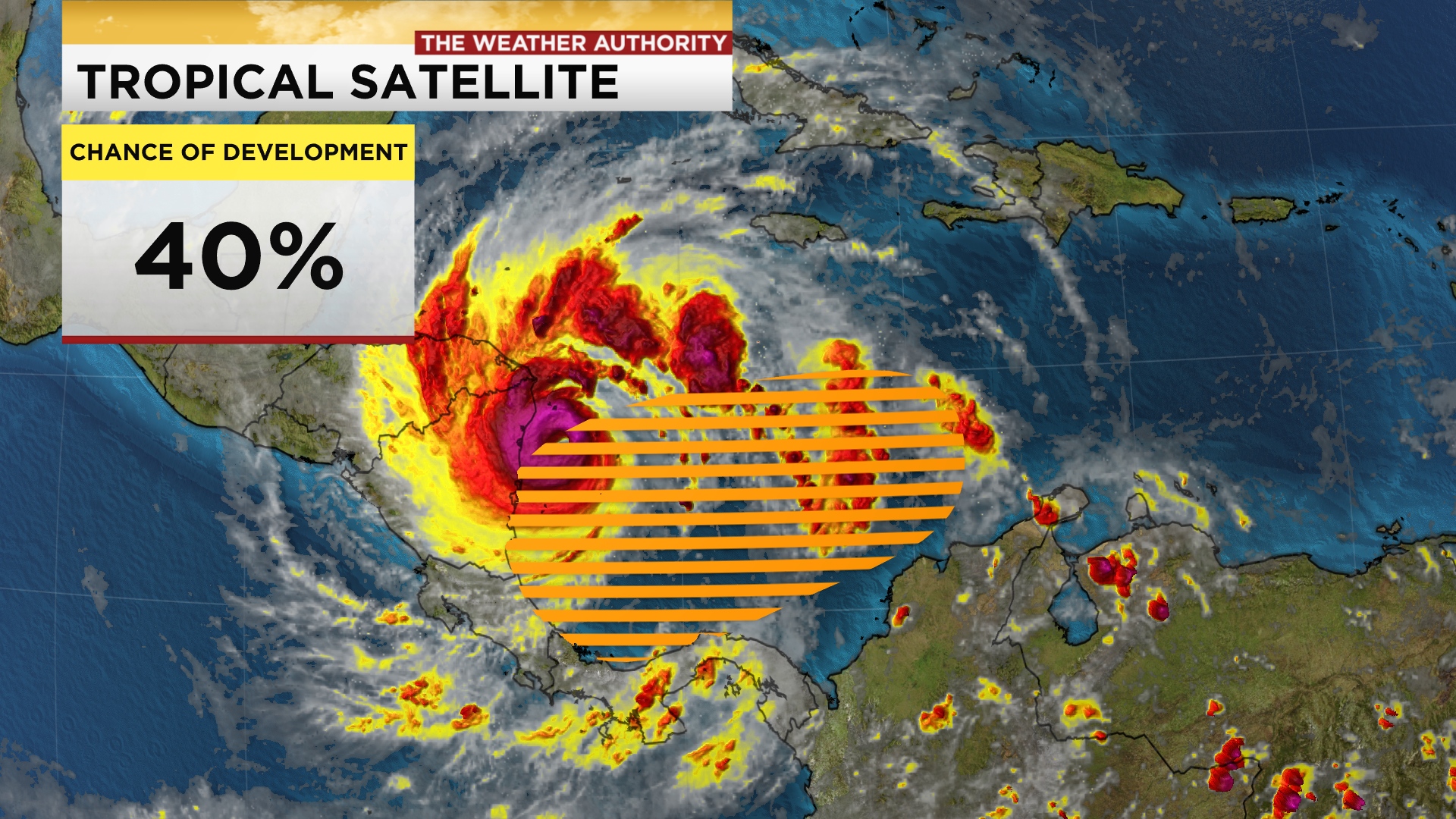 Elsewhere in the tropics, we are monitoring the potential for another system to develop in the general vicinity of Iota. An area of low pressure is expected to form this week over the central and southwestern Caribbean Sea.

Slow formation is possible as the disturbance moves westward. Right now, the National Hurricane Center is giving it a 40% chance of development.

The next storm name on the list is Kappa.

Locally, a cold front is on its way to Southwest Florida! Cooler and drier air will be felt as early as Tuesday morning. However, the BIGGER cool down will come Wednesday morning as lows plummet to the upper 50s and lower 60s. 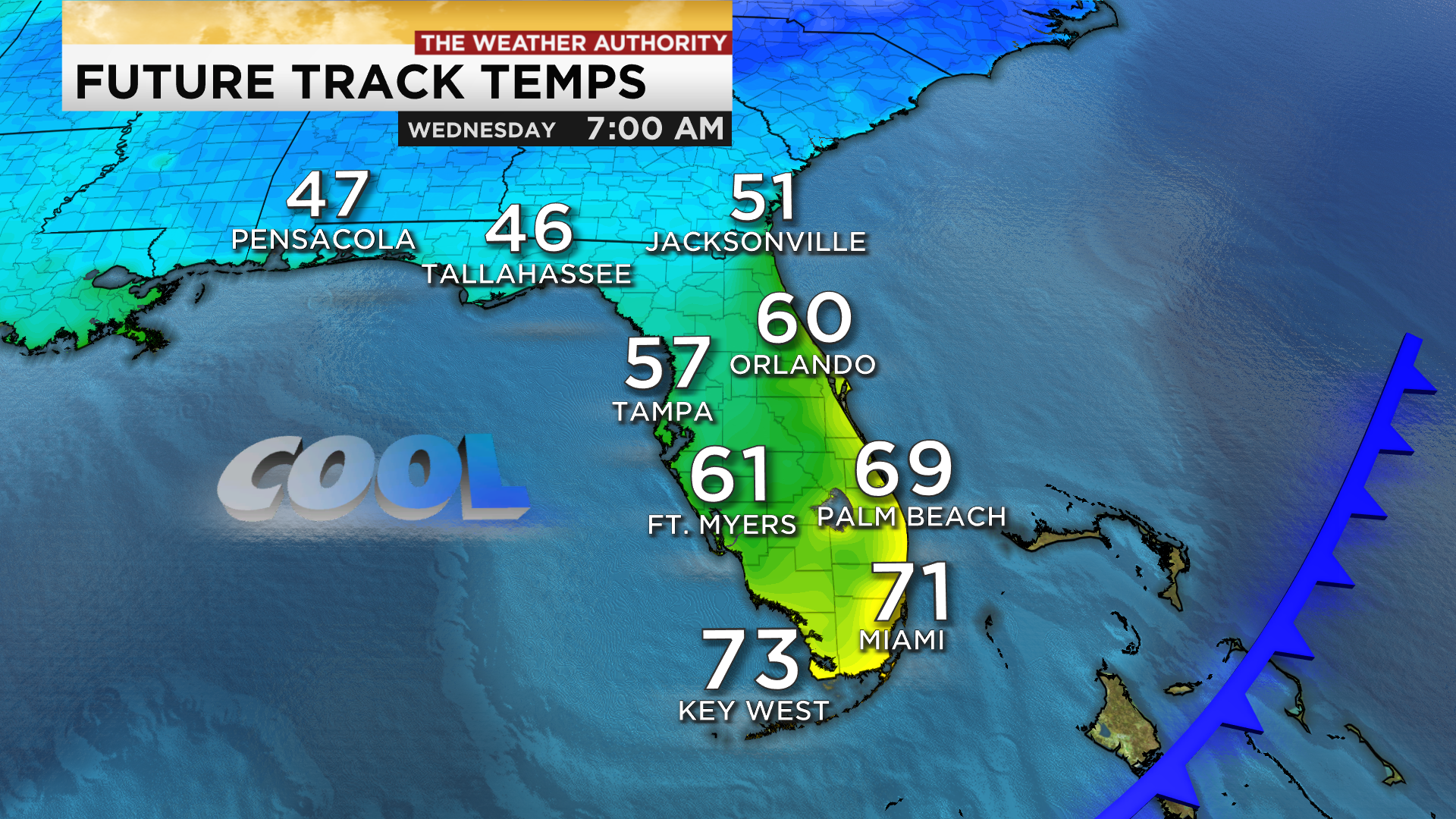