Tropical Storm Iota formed on Friday in the central Caribbean. As of 10 p.m. the storm has strengthened to 70 mph maximum sustained winds and is moving to the west at 5 mph. 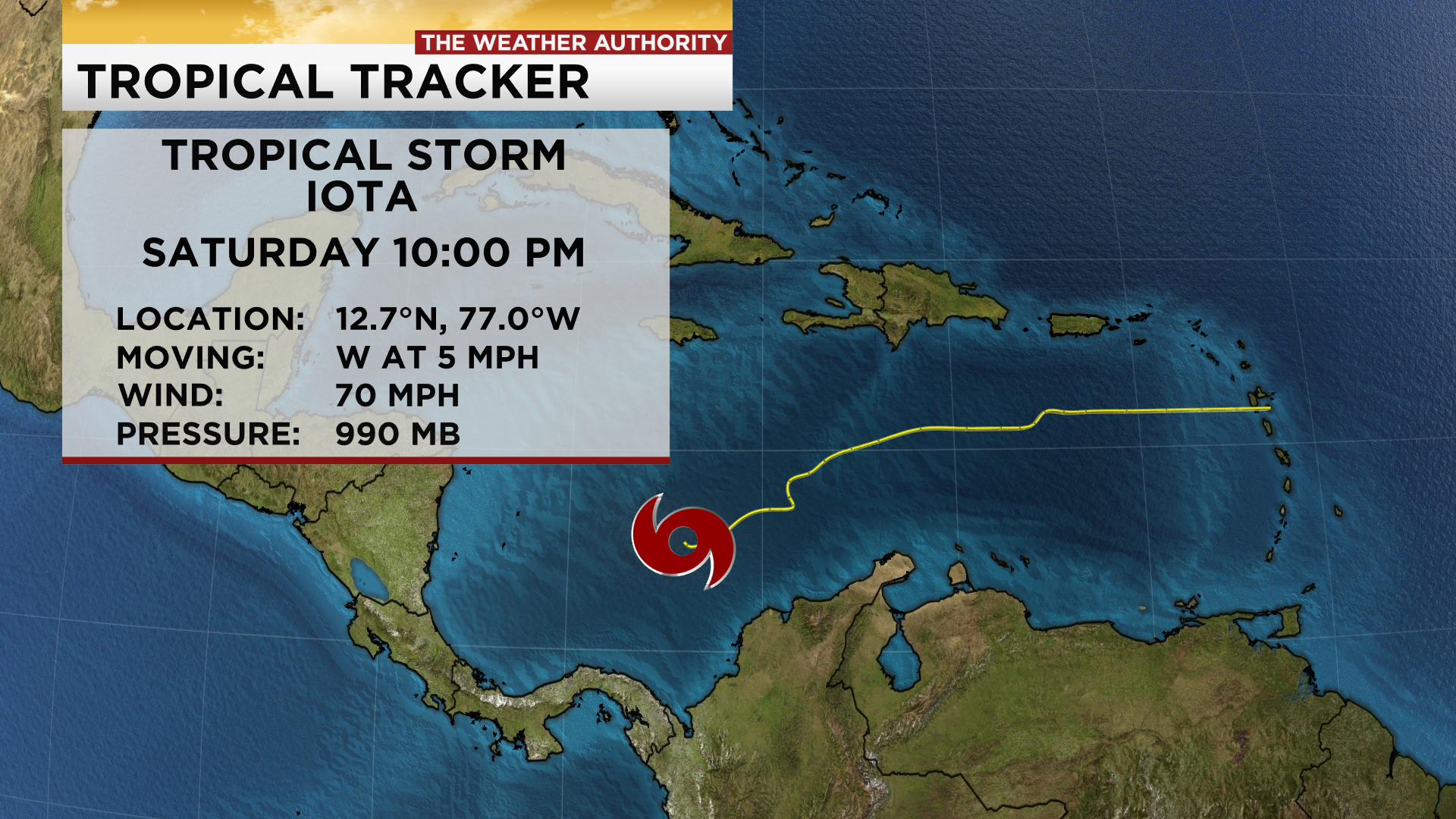 Iota will be moving into an favorable environment for additional strengthening, and is forecast to become a powerful Category 3 hurricane before landfall near the Honduras-Nicaragua border late Monday into early Tuesday. 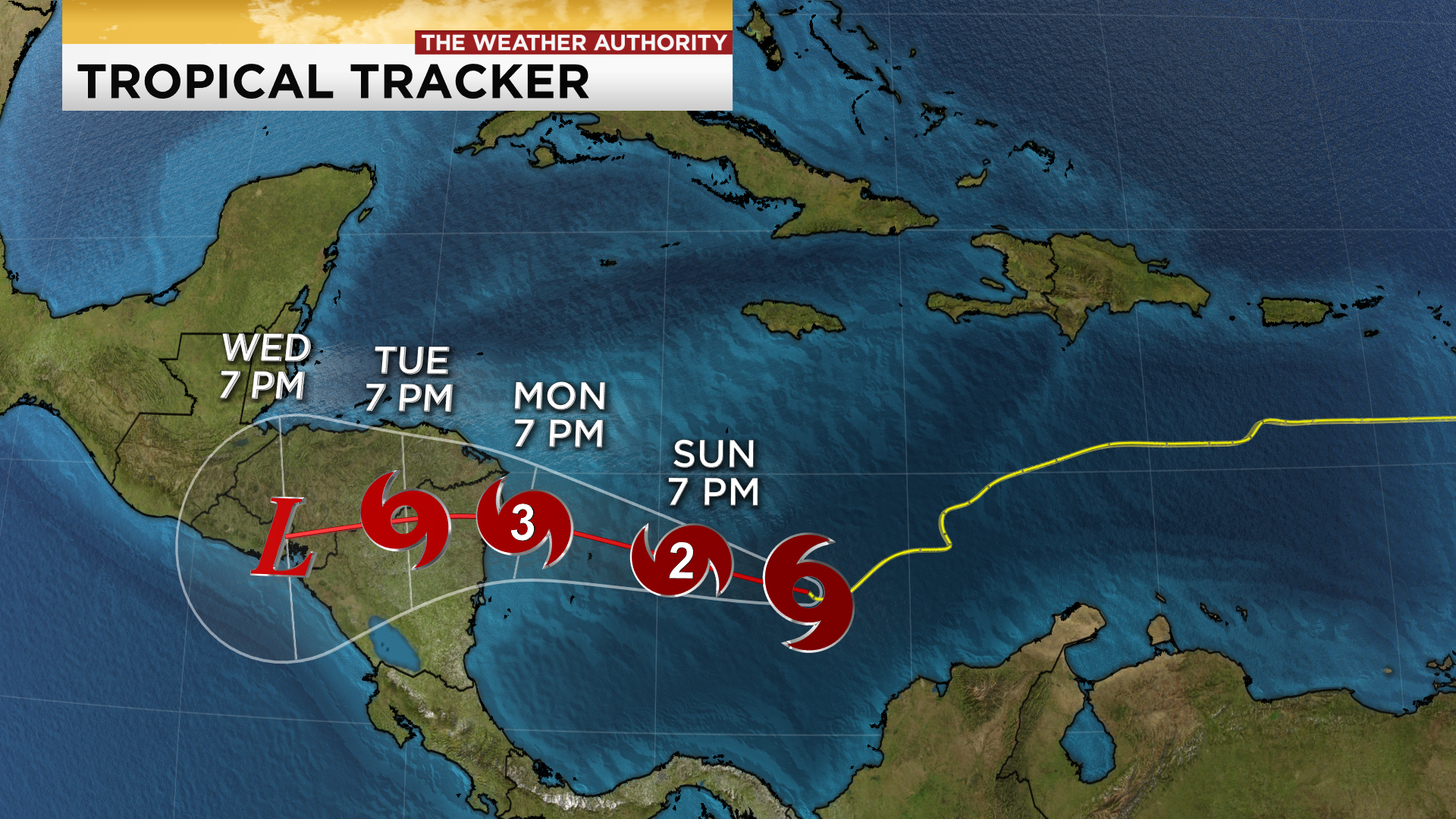 This is the worst cast scenario for Central America, who is still dealing with the catastrophic aftermath of Hurricane Eta. On top of the already devastating damage, additional life-threatening flooding, storm surge, and wind damage is likely. 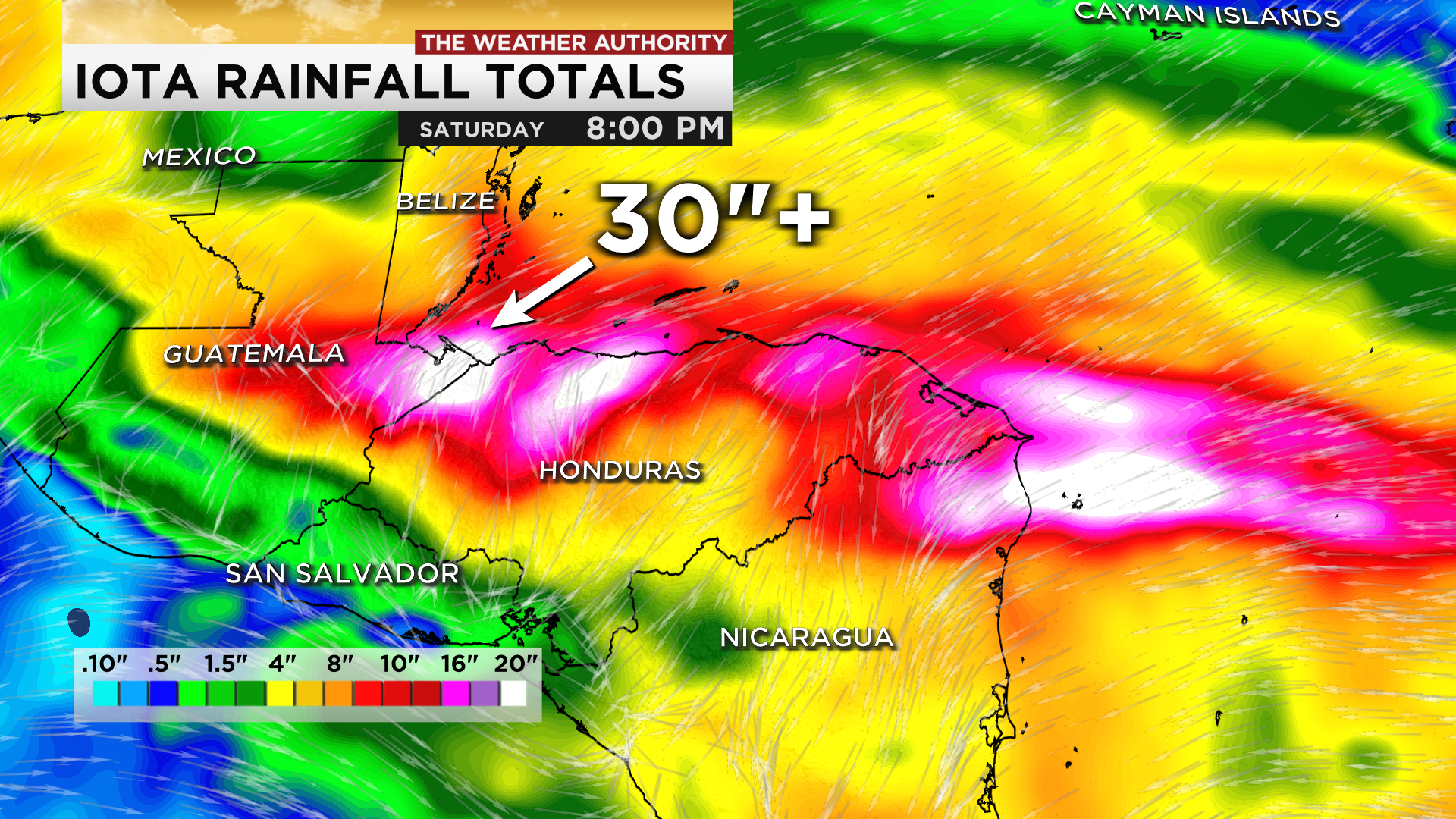 The good news? Iota is not expected to pose any threat to the United States. Unlike what we saw with Eta, this system will not be allowed to turn northward thanks to a blocking area of high pressure set to build over the Gulf of Mexico and Florida early next week. 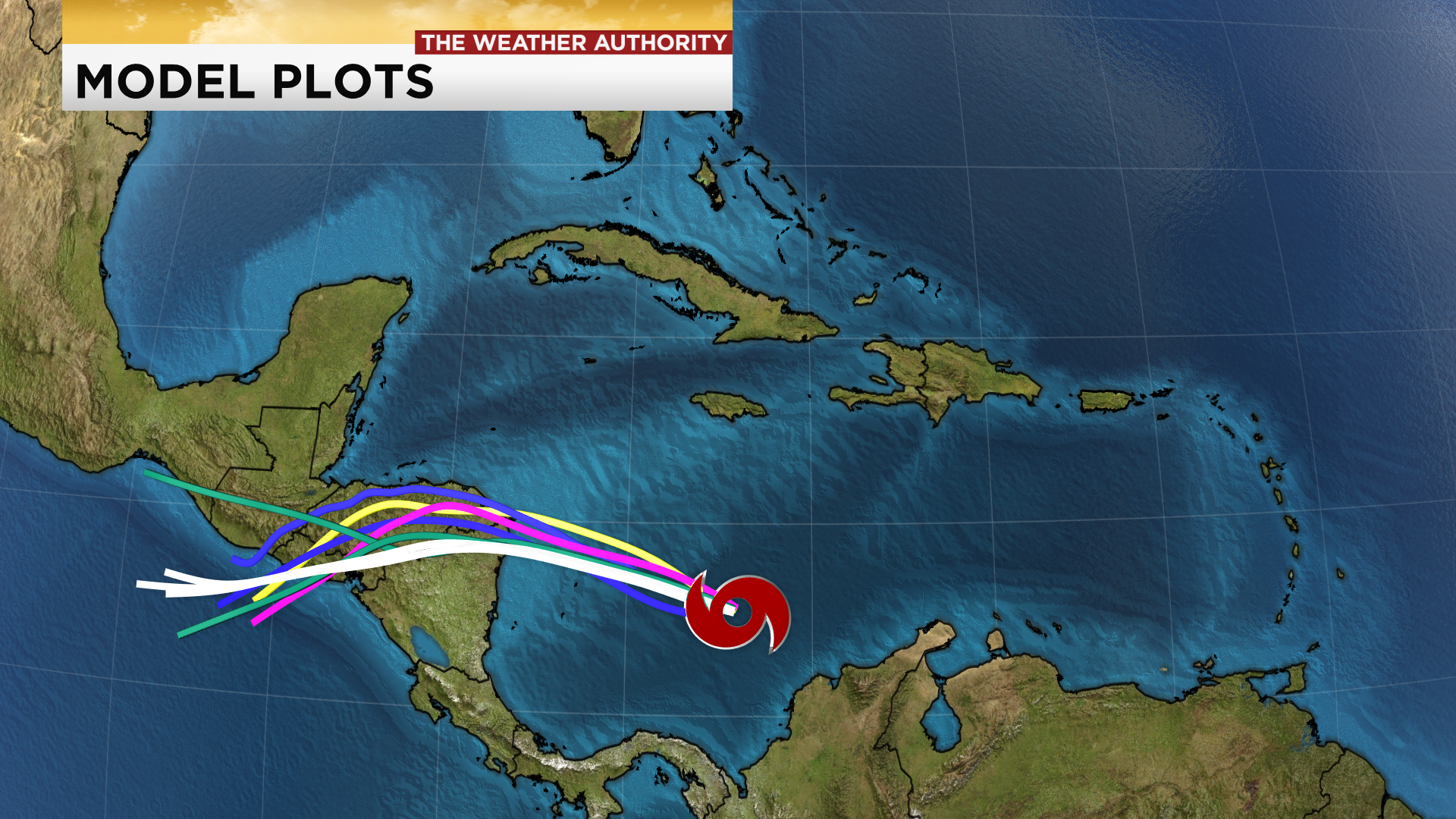 We’ll continue to monitor this system just in case anything changes, but for right now, this is not looking like it will be a worry to any part of the United States, including Florida.