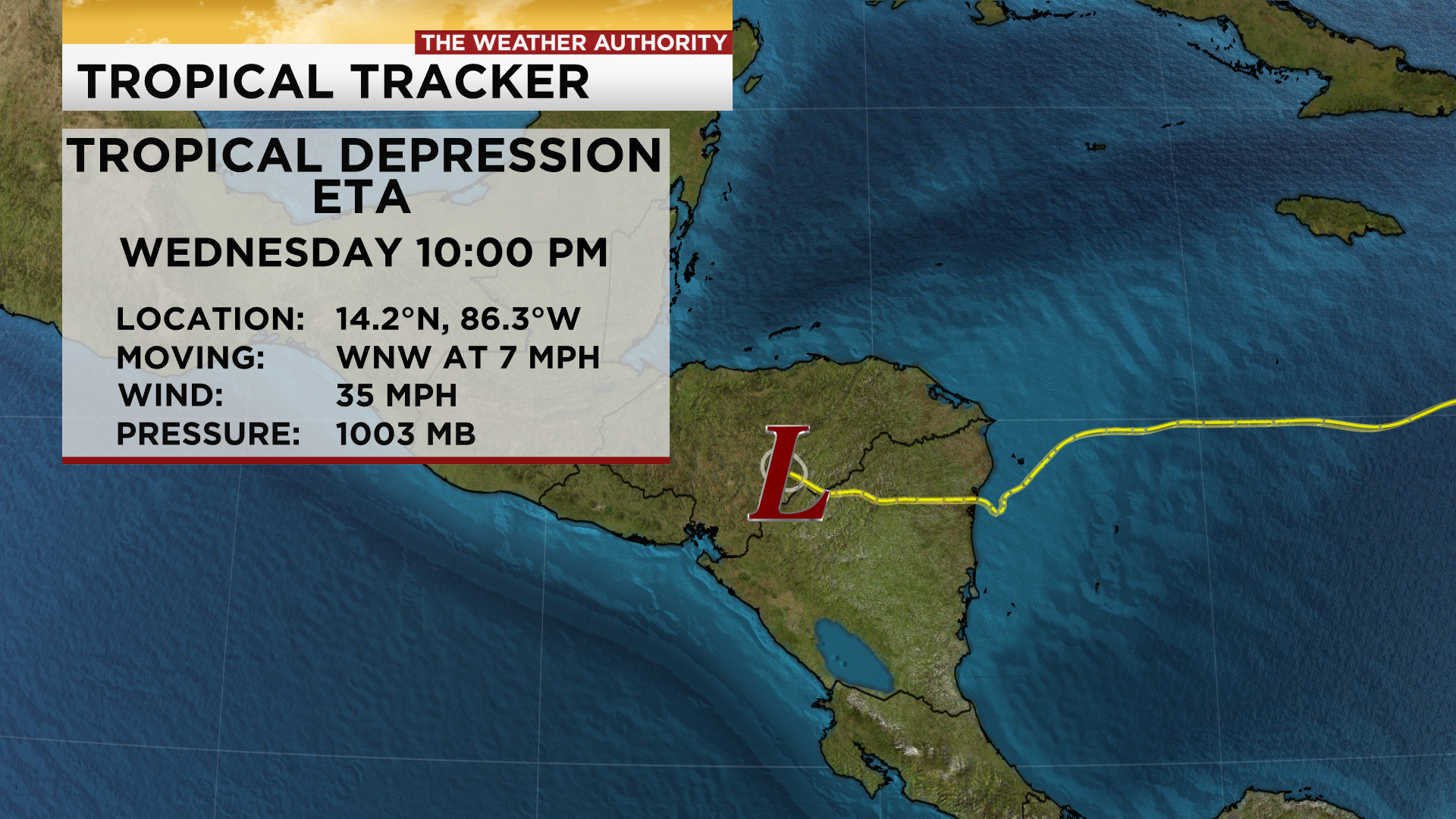 The center of Eta is expected to move into Honduras tonight and Thursday. Eventually, the system is forecast to reemerge over the northwestern Caribbean Sea by Thursday night. 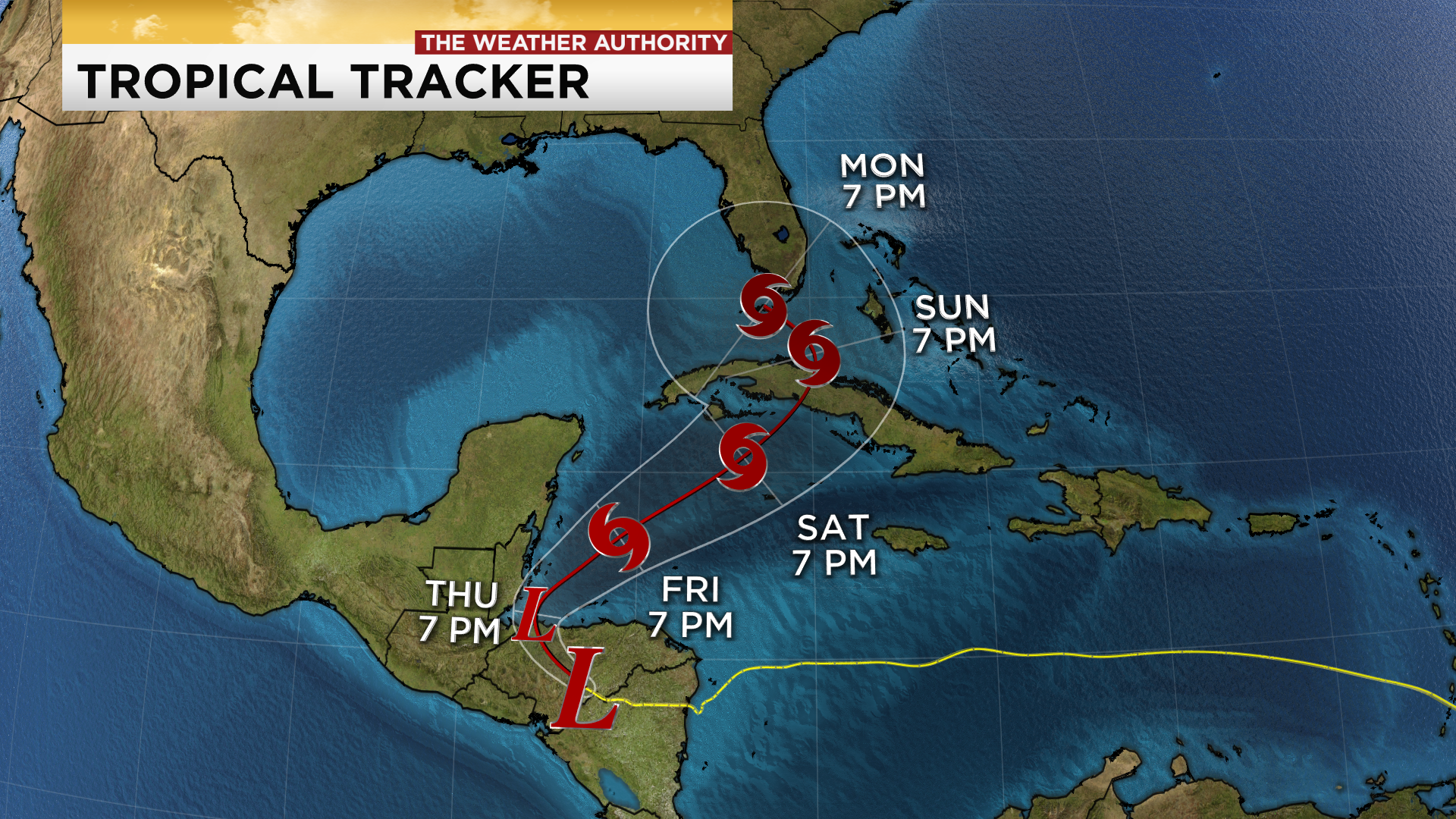 From there, the system should strengthen some as it moves to the northeast towards Cuba, where it is expected to move over Cuba as a tropical storm Sunday morning. After that, it will move into the Florida Straits and then make a turn to the northwest, where it is now expected to move over the Keys by Monday evening. The current official forecast track has the center staying offshore Southwest Florida. But, we would still feel impacts far from the center, nevertheless. 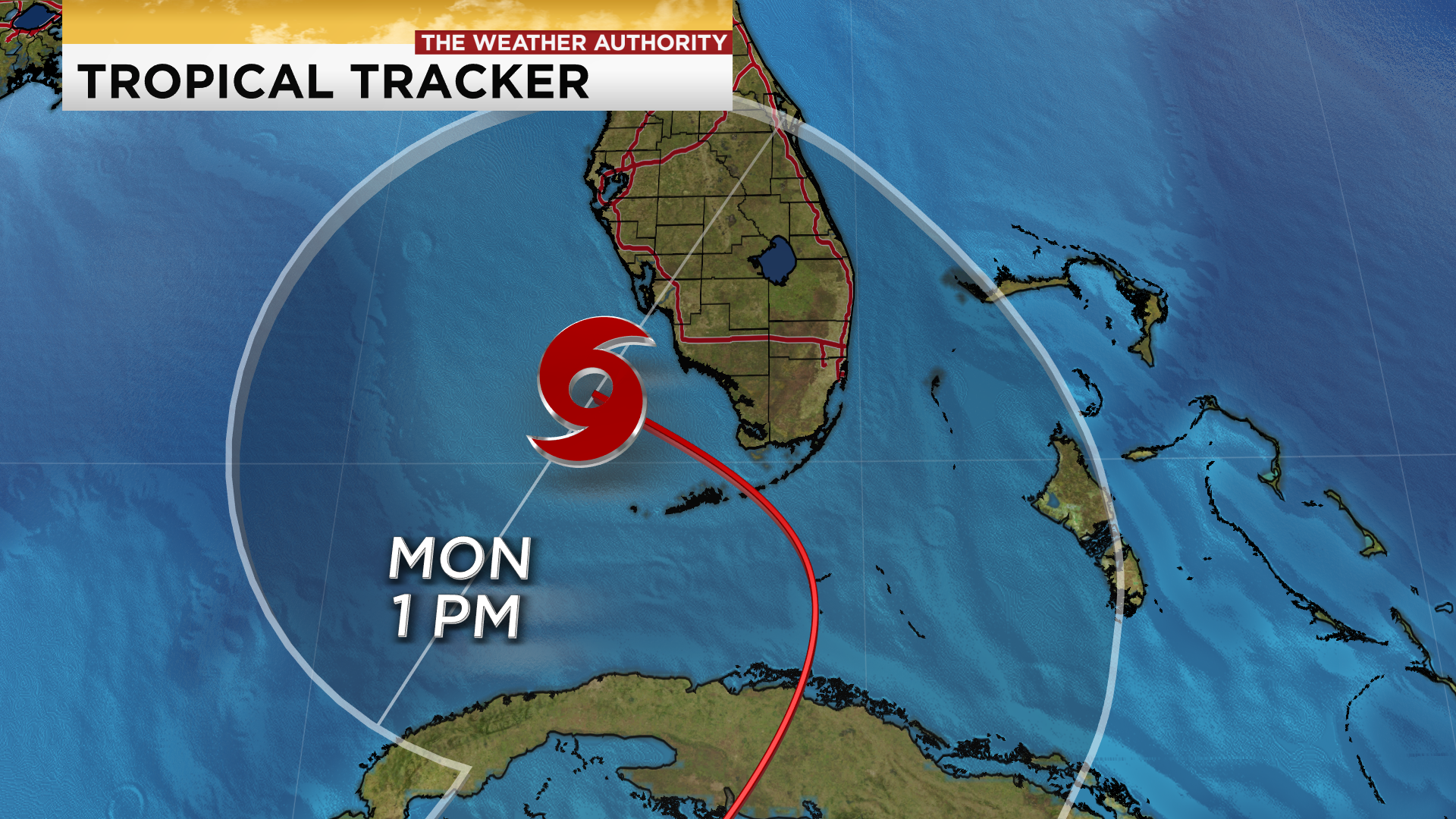 Now, it’s worth mentioning that there are A LOT of complex, moving parts with this system that our computer models have had a very tough time resolving. Because of that, uncertainty in track, timing, and intensity of this system is very, very high.

We likely won’t have a good grasp of where this system is heading until it reemerges over the Caribbean late Thursday into Friday.

For now, we need to prepare and plan for the forecast that is currently given, which is a tropical storm near Southwest Florida late in the day Monday. If that forecast comes true, we would see windy weather along with tropically enhanced rainfall on Monday.

Make sure to keep checking back in for more updates each day! We should see plenty more changes in the forecast over the next several days. 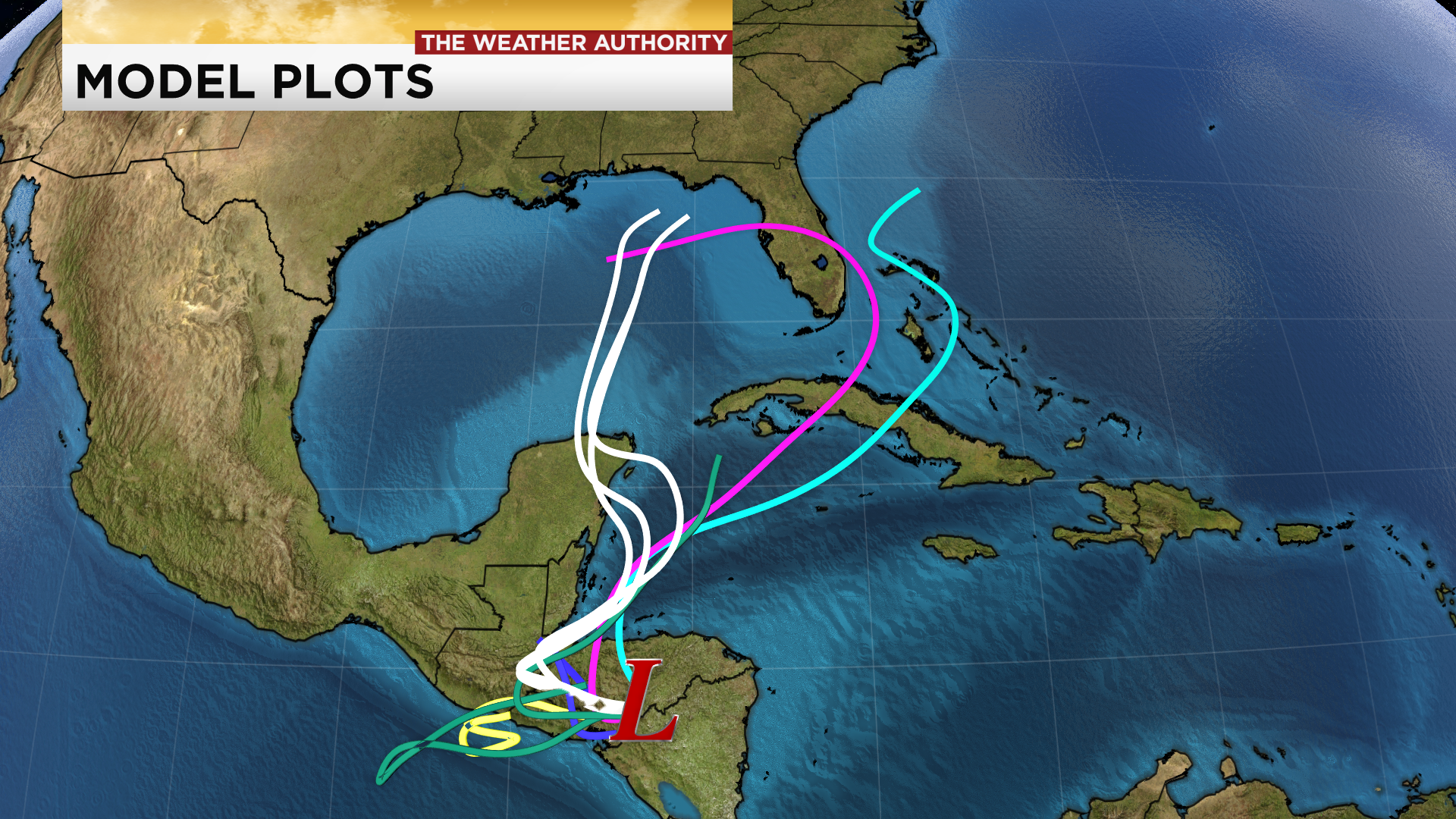 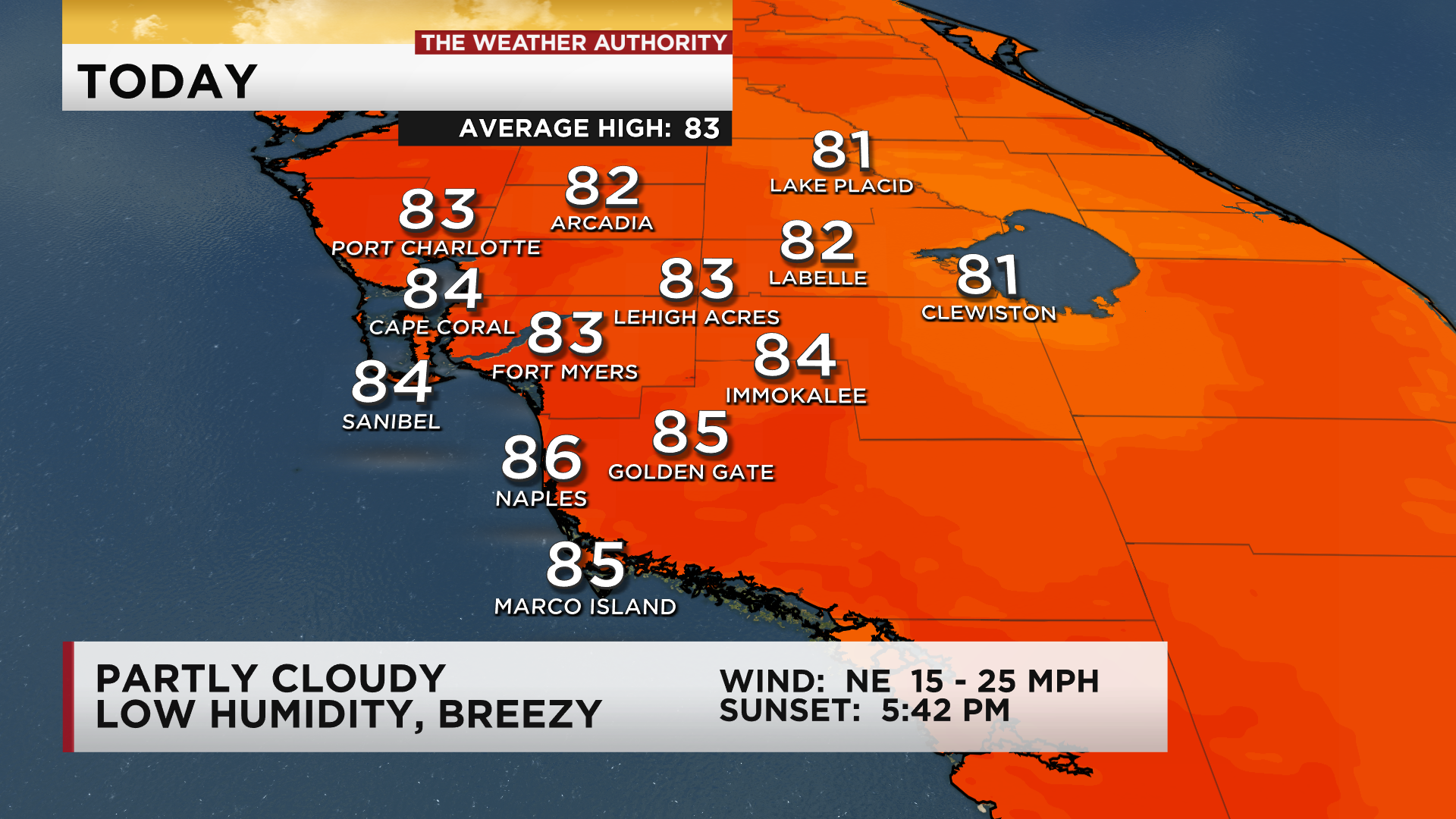 Back in Southwest Florida, today is our last day with drier air in place! Through the afternoon, we’ll have a ton of sunshine allowing for temperatures to warm into the 80s.

Breezy wind will keep our wave heights elevated at 2 – 4 again today. Small crafts are still asked to use caution, although bays won’t be as rough as earlier this week.

These numbers will likely change a lot over the coming days due to the eventual progression of Eta. 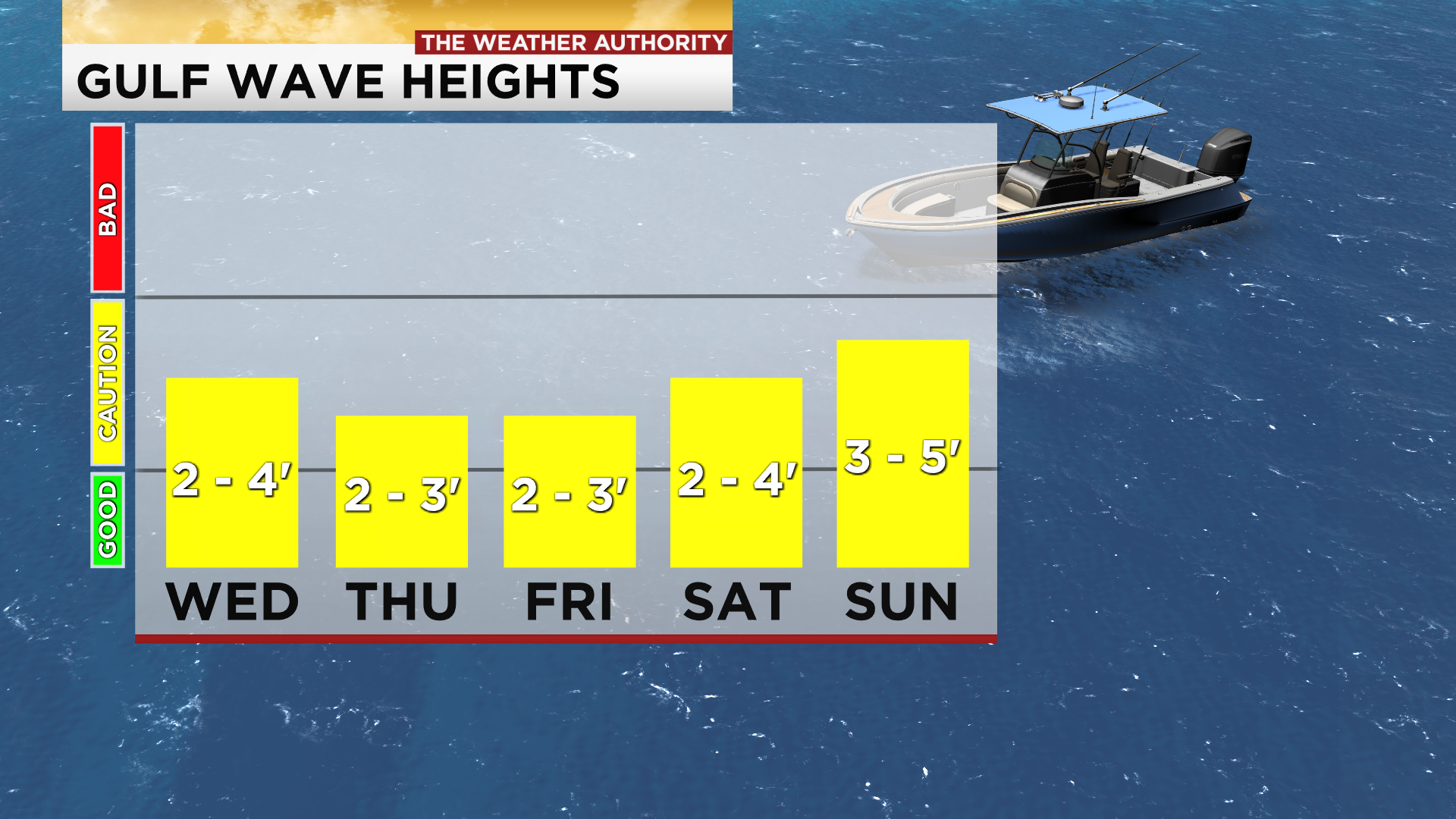