Epsilon continues to weaken; another disturbance to monitor in Caribbean

After becoming our 4th major hurricane of the 2020 season yesterday, Hurricane Epsilon continues to weaken Thursday. The Category 1 storm is currently located about 190 miles east-southeast of Bermuda with maximum sustained winds of 85 mph.

Winds will continue to subside in Bermuda as Epsilon moves well east of the island. The Tropical Storm Warning has been discontinued for that reason. 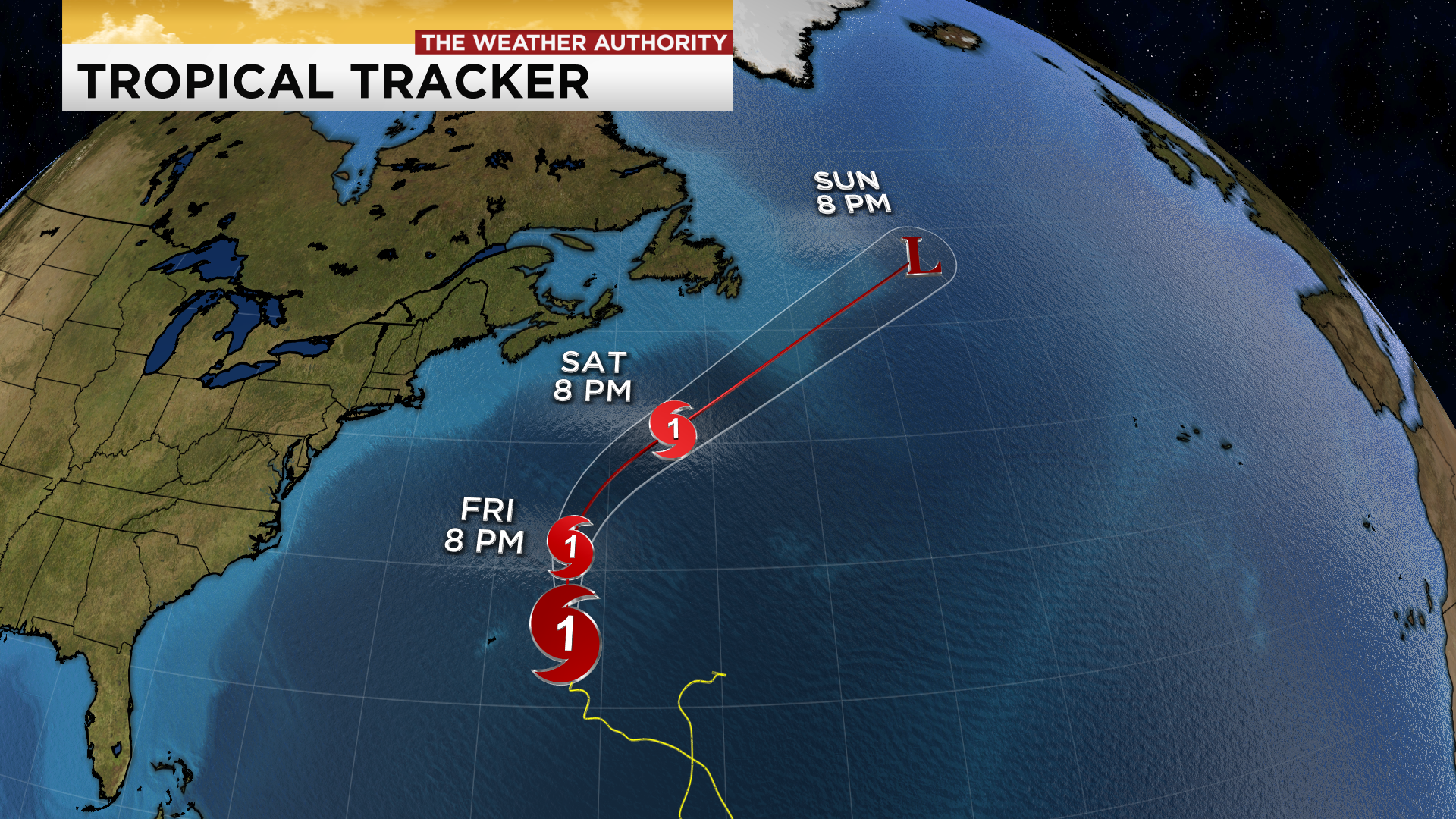 Elsewhere, all eyes are on the western Caribbean this morning! A trough of low pressure is producing a large area of disorganized showers and thunderstorms near Jamaica, the Cayman Islands, and Cuba. 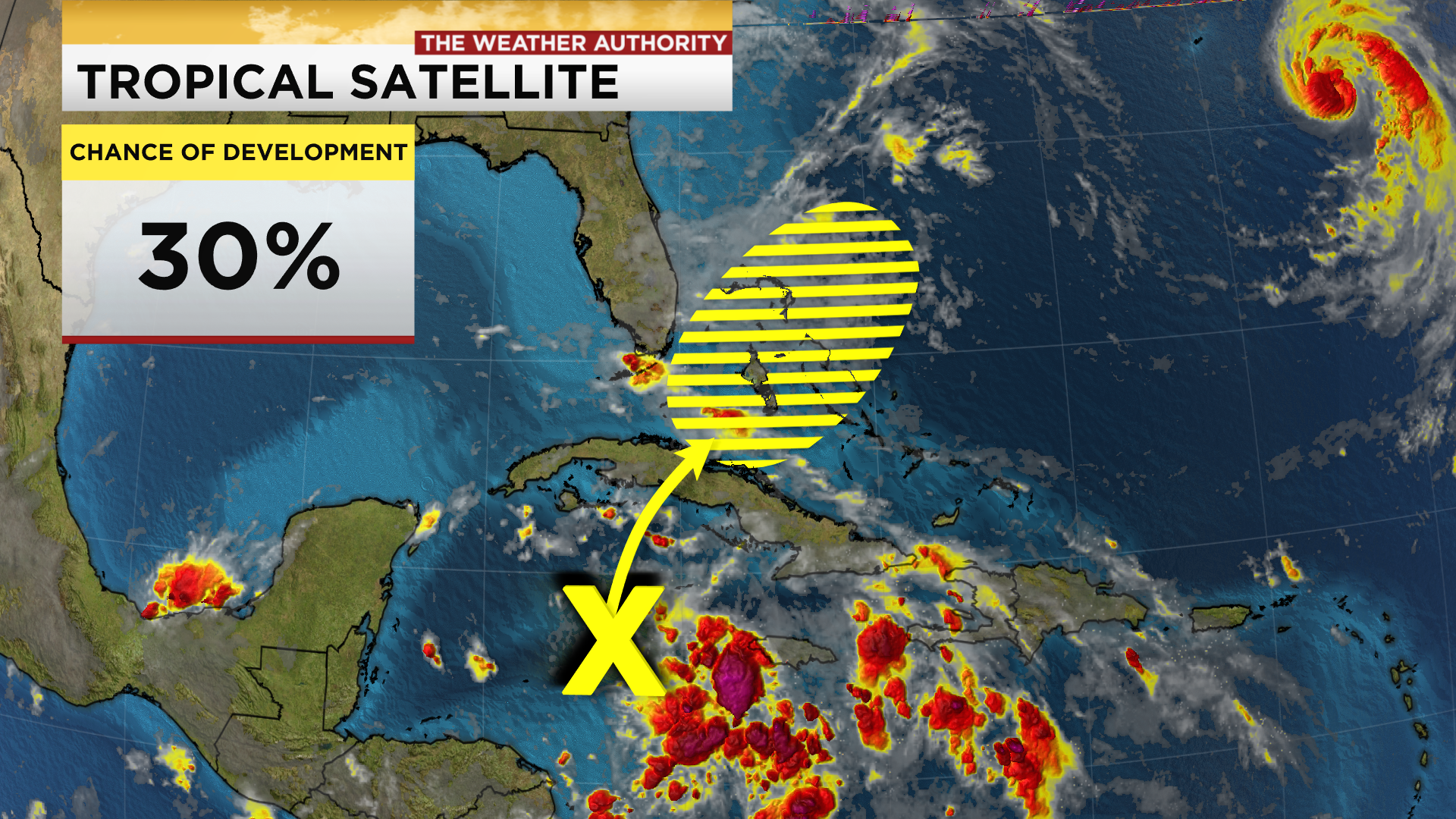 Development of this system is unlikely to occur in the near-term as it passes near western Cuba and the Straits of Florida. However, by late this weekend or early next week, some slow development is possible while the system moves toward the western Atlantic.

Regardless of development, locally heavy rainfall is possible over portions of Cuba, South Florida, and the Bahamas through early next week. Right now, the National Hurricane Center is giving it a 30% chance of formation. 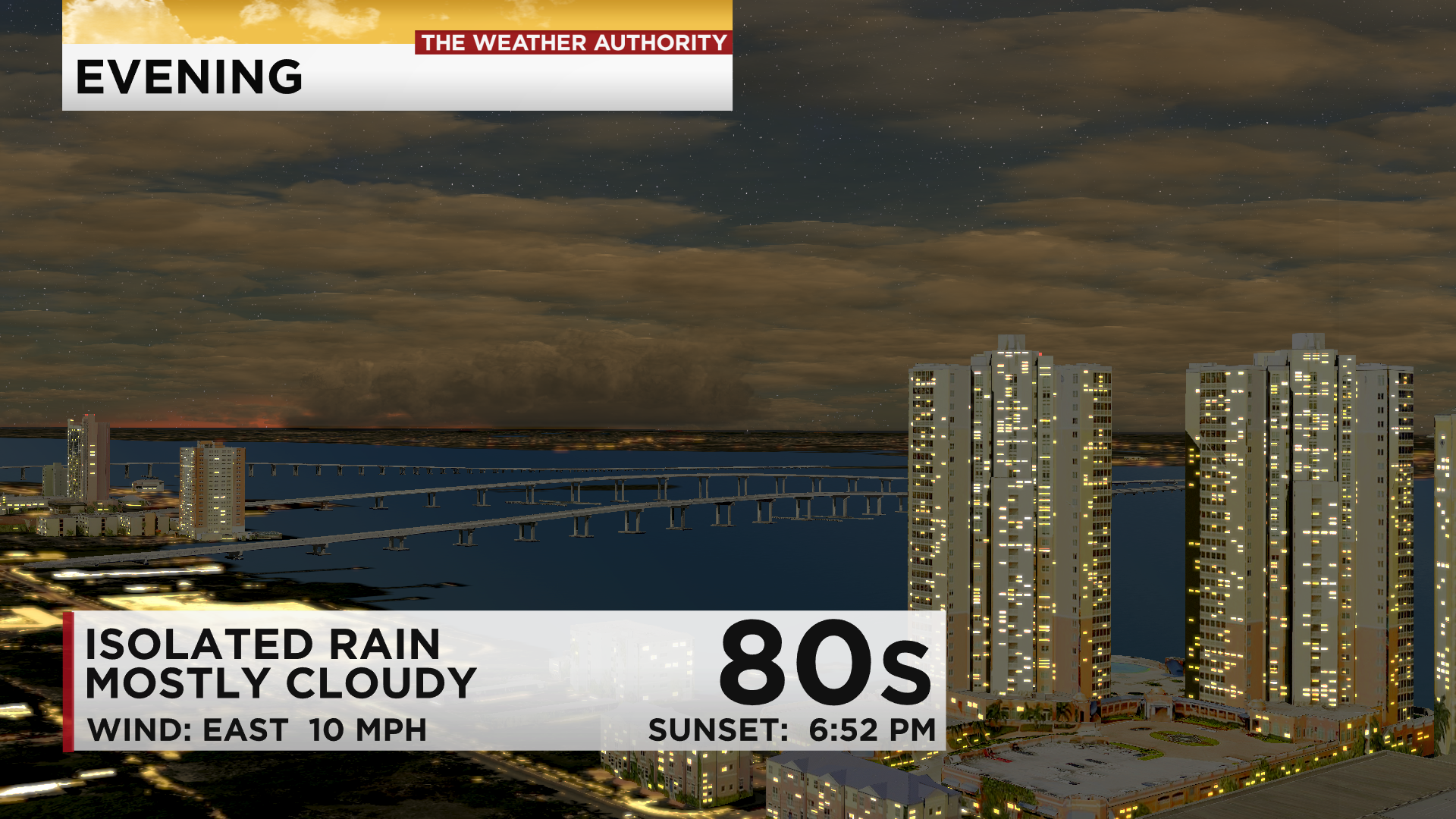 Friday should be an even drier day, with just a quick stray shower or two in the afternoon. Daytime highs will run slightly above average, with temperatures set to top off in the upper 80s. 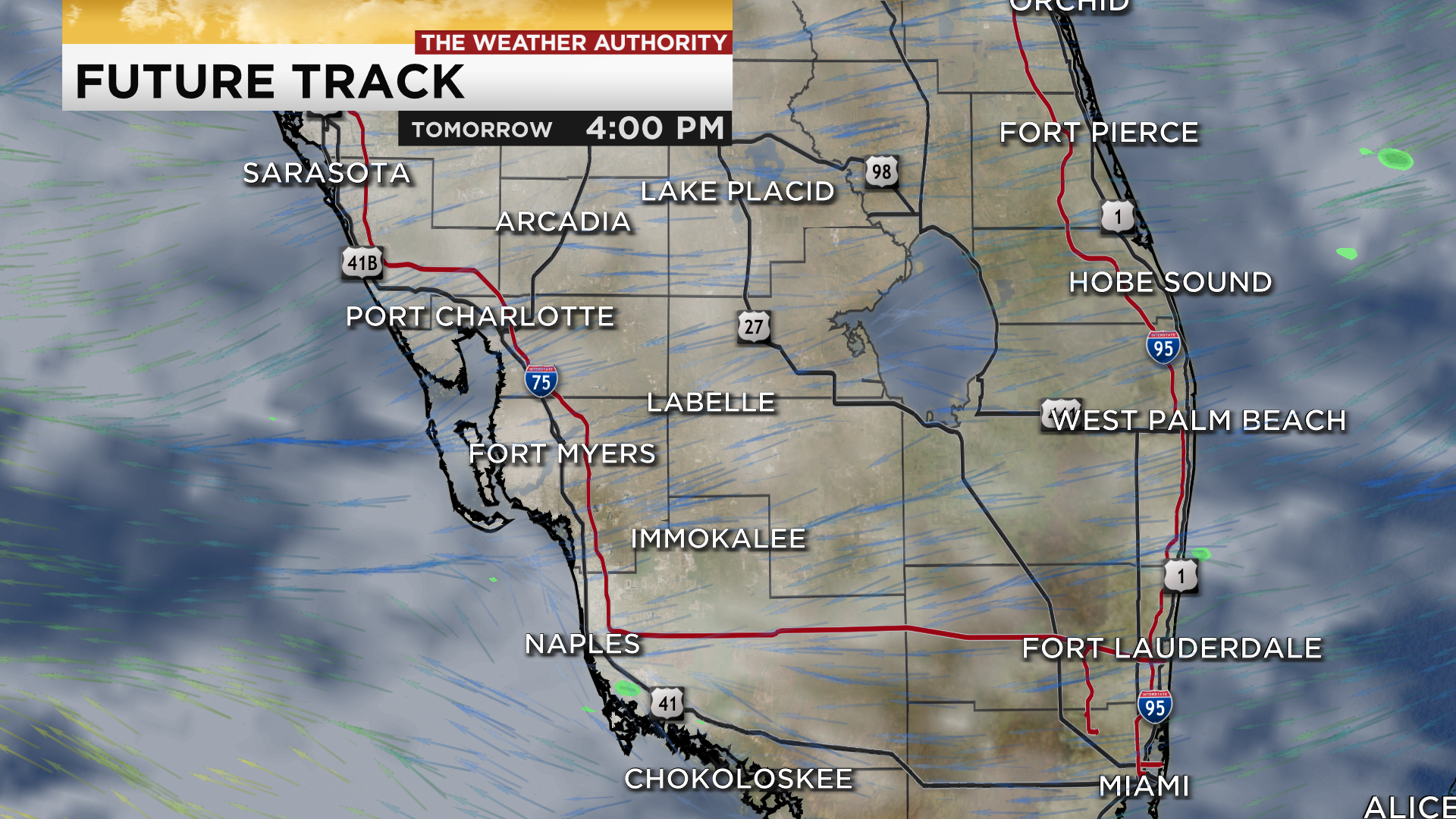 Over the weekend, moisture from the same trough of low pressure we’ve been monitoring in the Caribbean will pass to the south of us, bringing us enhanced rain chances for areas particularly south of the Caloosahatchee River. North of that, we should be drier with only isolated rain. 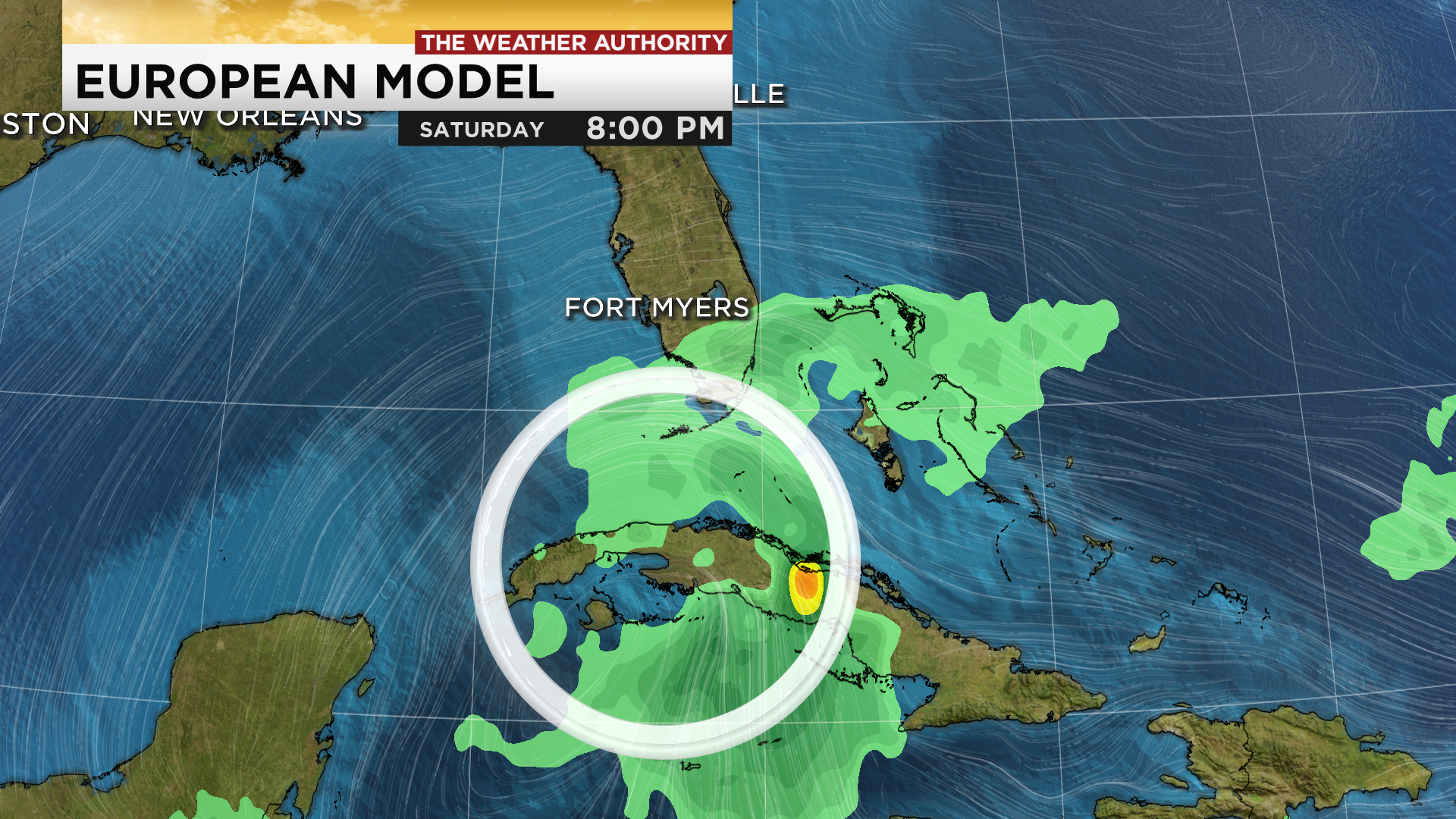 Drier air will begin moving in Sunday and kick off a stretch of drier weather that’ll continue through next week! Expect only isolated rain beginning Sunday and over the next several days after that. 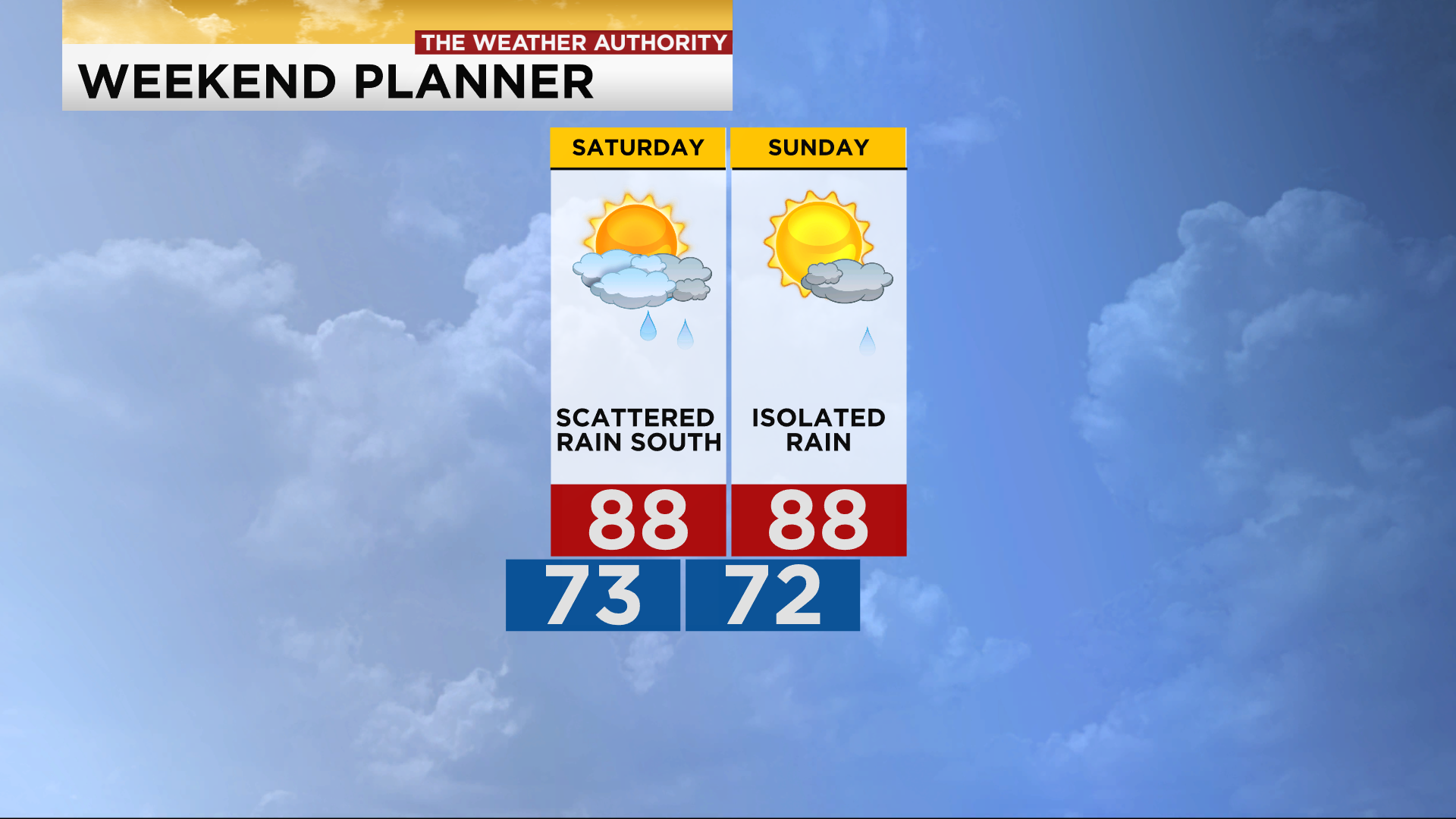