Epsilon maintains strength as a major hurricane; Another disturbance to watch in the Caribbean

Epsilon became our 10th hurricane of the 2020 Atlantic hurricane season Tuesday night. In a season that has constantly broken records, it’s no surprise we have another statistic to share with you!

As of 11 p.m. Wednesday, the hurricane is still at Category 3 strength with 115 mph maximum sustained winds. Epsilon is currently located about 280 miles southeast of Bermuda. 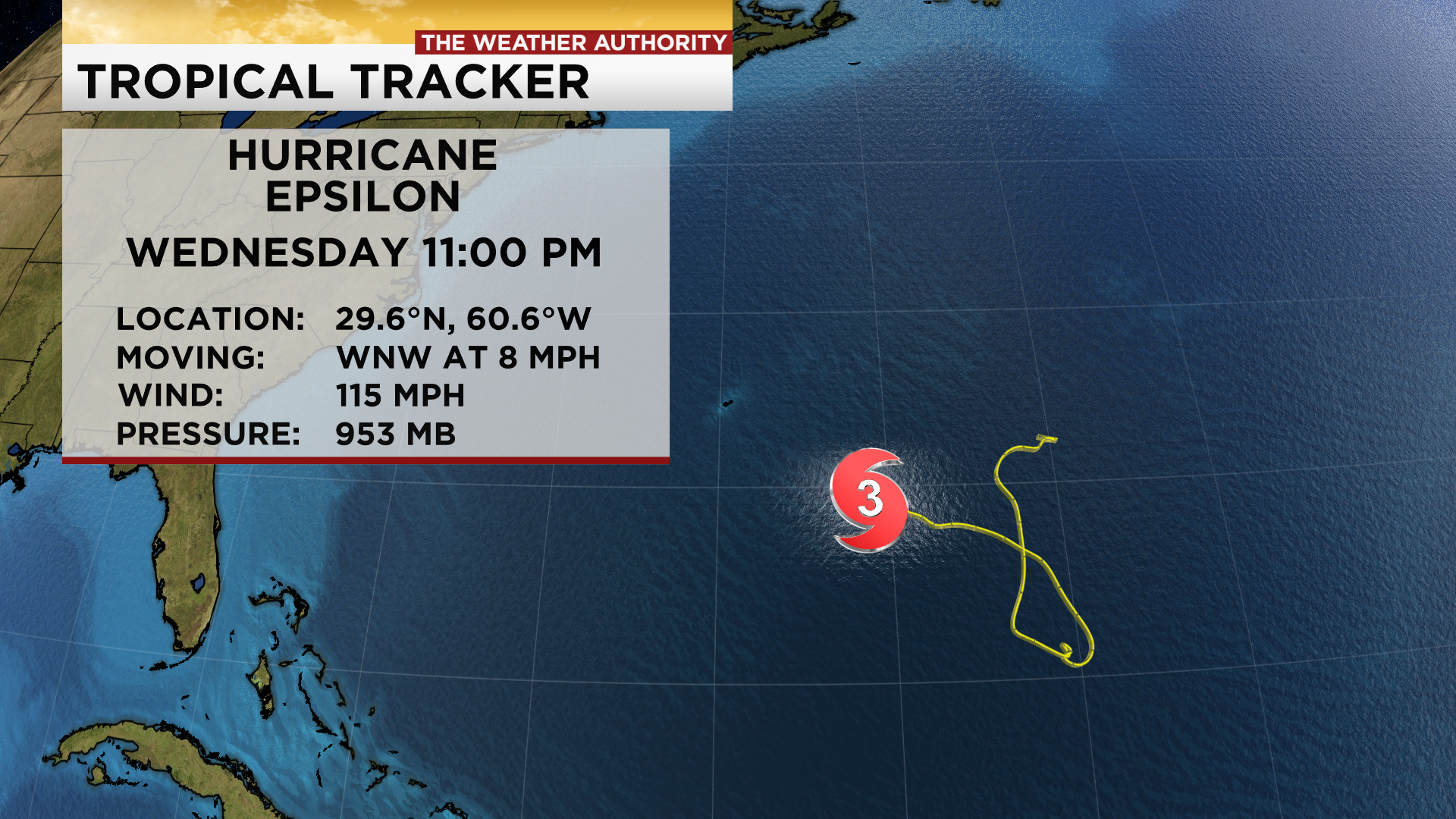 On the forecast track, the center of Epsilon is expected to make its closest approach to Bermuda Thursday afternoon or evening. This is when the island should expect tropical storm force conditions.

How will this impact the United States? Elevated wave heights are expected to reach portions of the U.S. east coast and Atlantic Canada during the next couple of days. These swells are likely to cause life-threatening surf and rip currents. 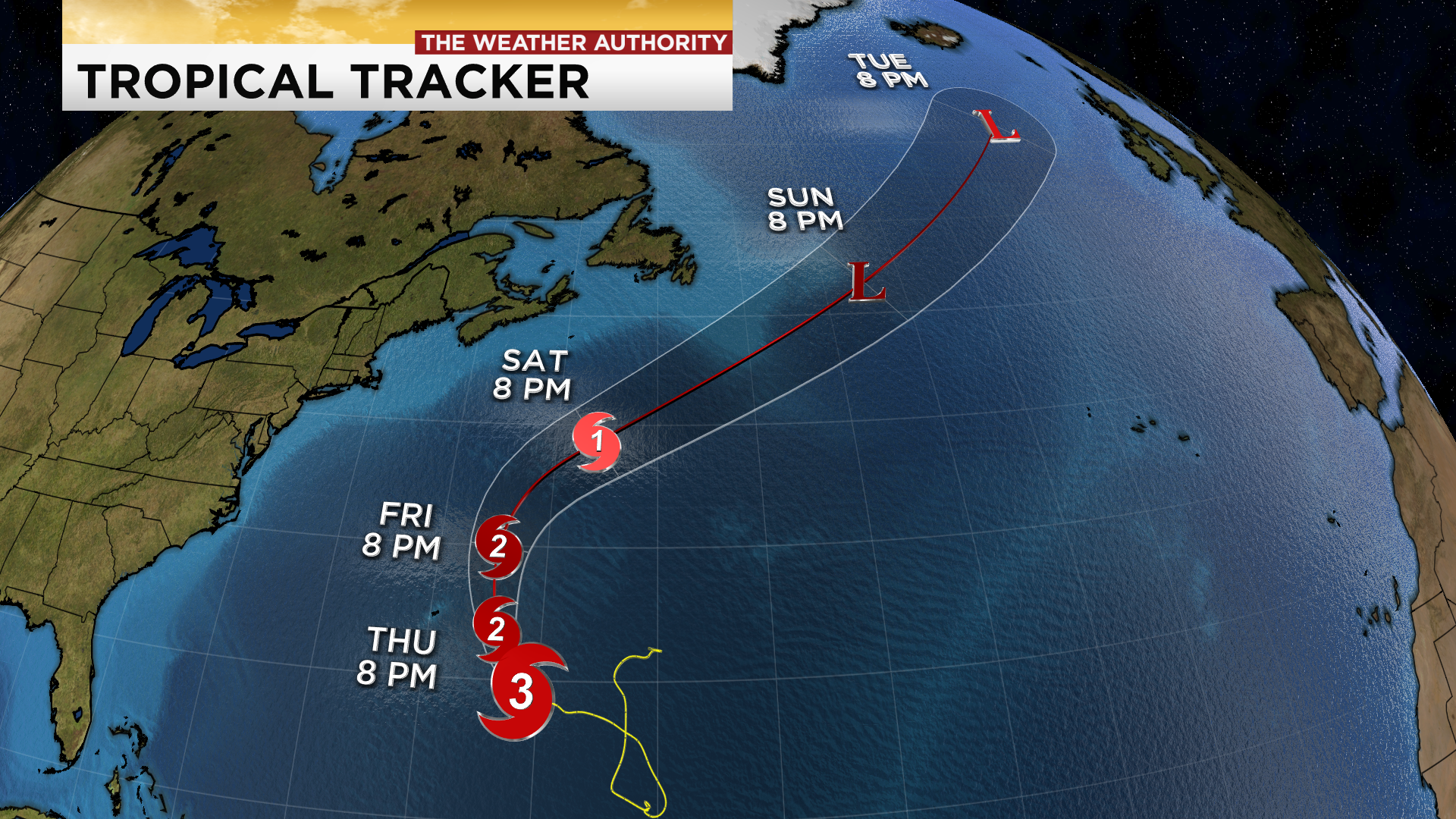 Otherwise, an area of low pressure in the Caribbean Sea is producing a large area of disorganized showers and thunderstorms. Any development is expected to be slow over the next several days.

Heavy rainfall is possible in these areas and possibly South Florida into the upcoming weekend. As of now, The National Hurricane Center is giving it a low, 20% chance of development within the next 5 days. 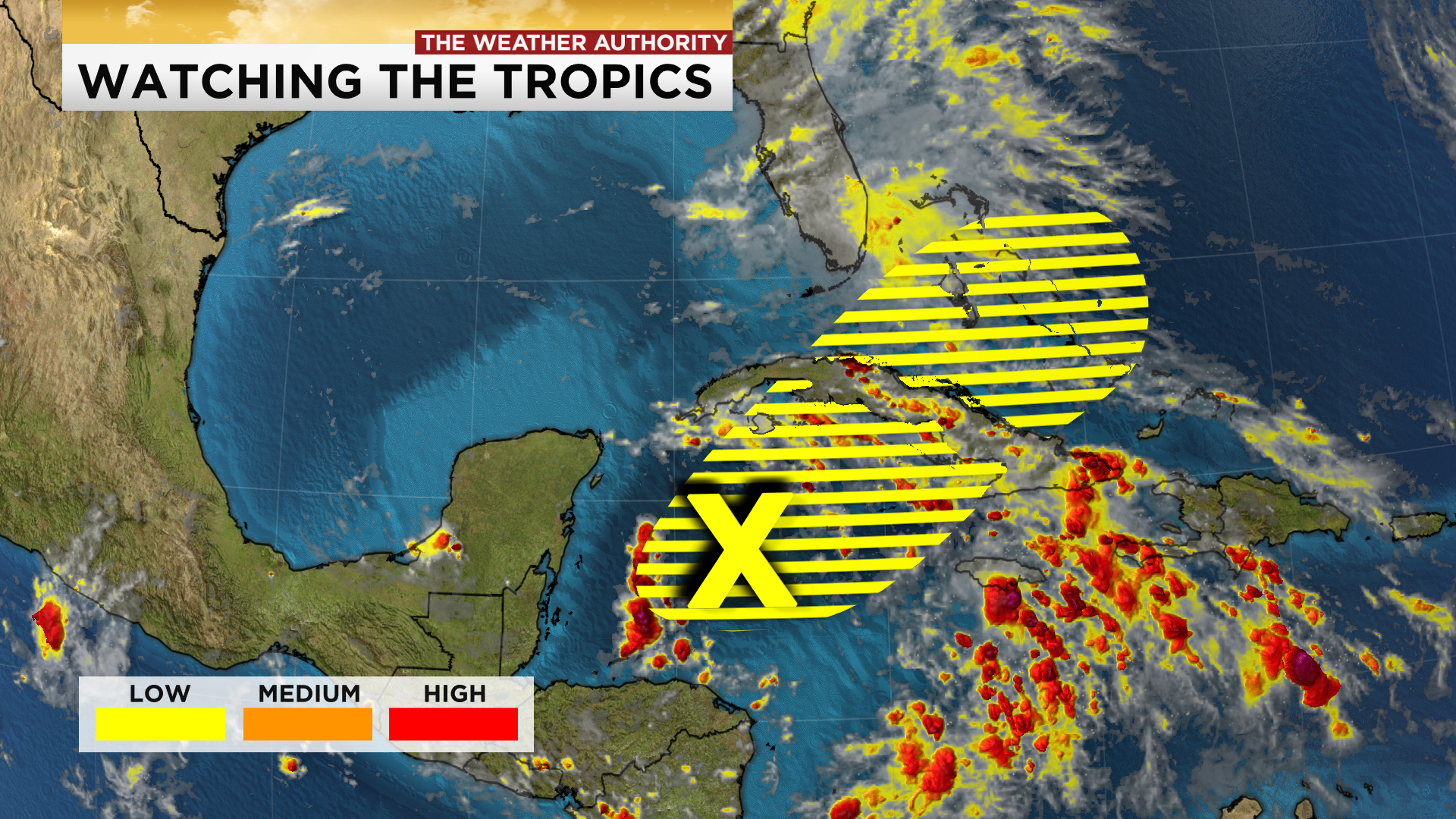