Two areas of interest to monitor in the Atlantic Basin

A weak area of low pressure near the Lesser Antilles has become much less-defined, and now has a zero percent chance of tropical development.

Although development is not anticipated, we’ll need to watch the movement of this first area closely by late next week as some of the leftover energy may enhance another tropical disturbance trying to form in the southwestern Caribbean Sea. 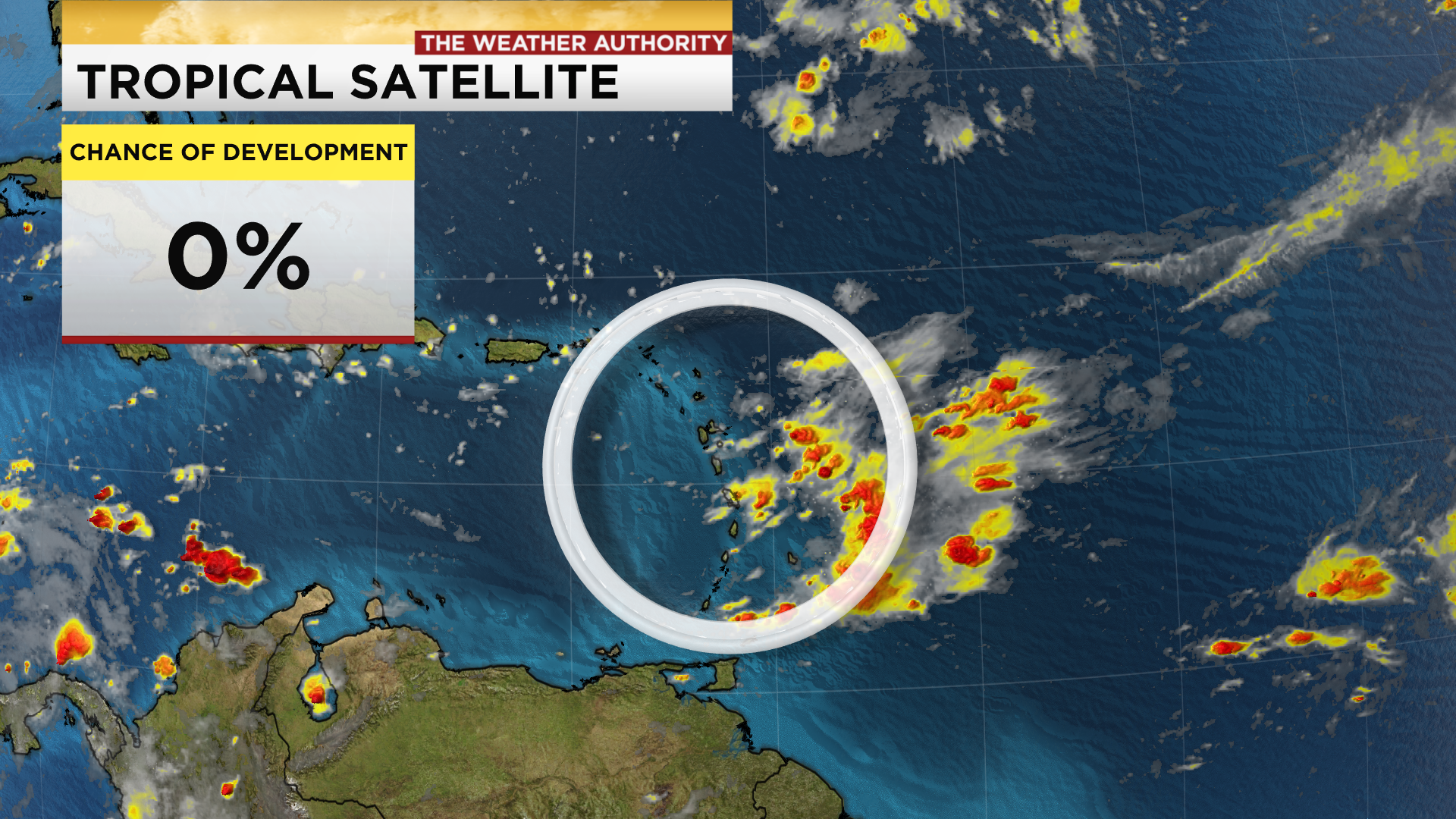 This is the region we’ve been talking about for a few days. Many long-term forecast models are hinting at something trying to form over the next 7-10 days. It’s way too early for specifics, but it’s an area we’ll keep a very close eye on.

The National Hurricane Center is giving it a 20% chance of development. 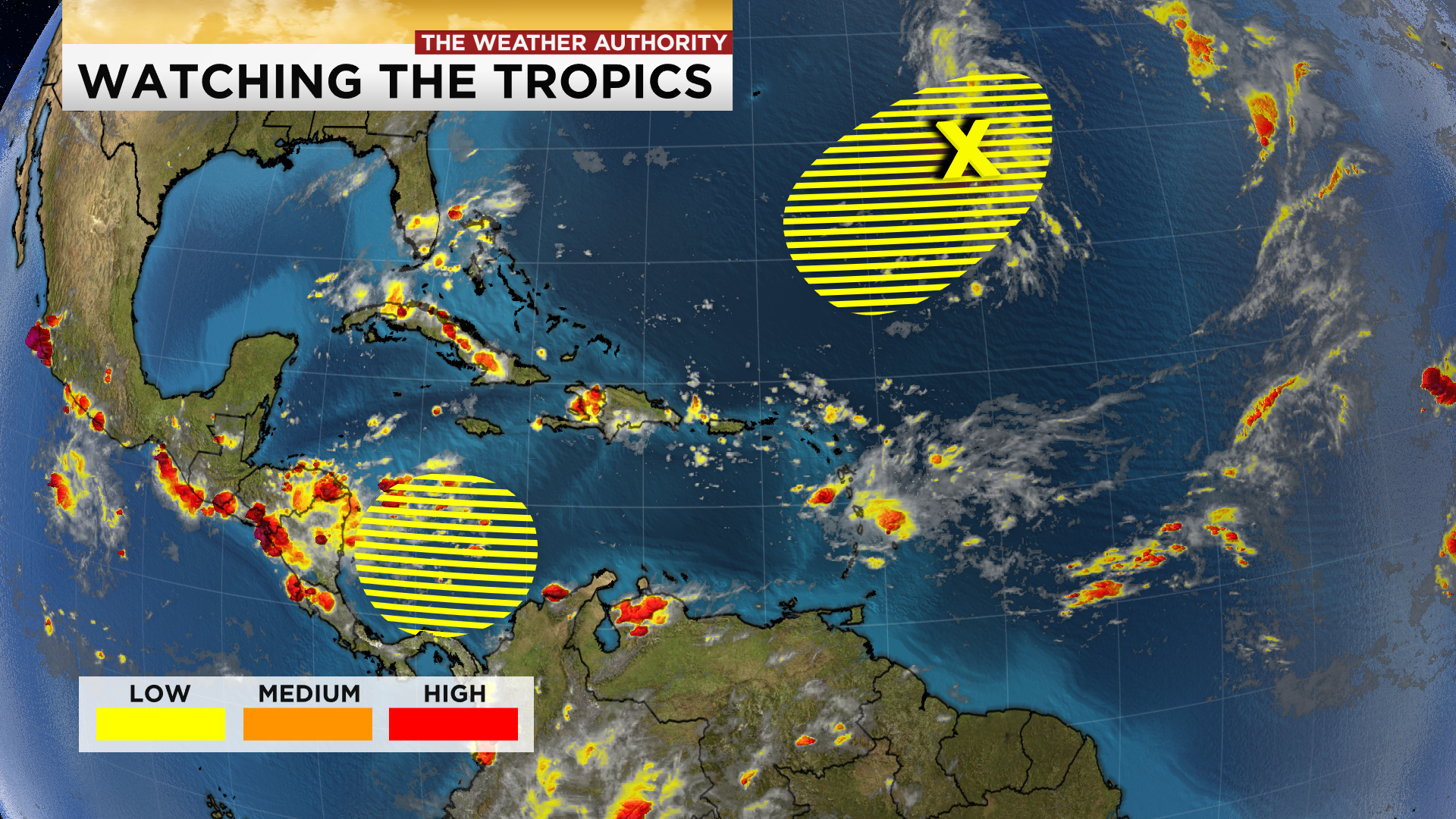 Otherwise, about 600 hundred miles east-southeast of Bermuda, a broad, non-tropical low pressure system has the potential to develop by early next week.

Gradual development will be possible early next week while the system moves southwestward and then westward, passing between Bermuda and the northern Lesser Antilles. Right now, the National Hurricane Center is giving it a 30% chance of formation. 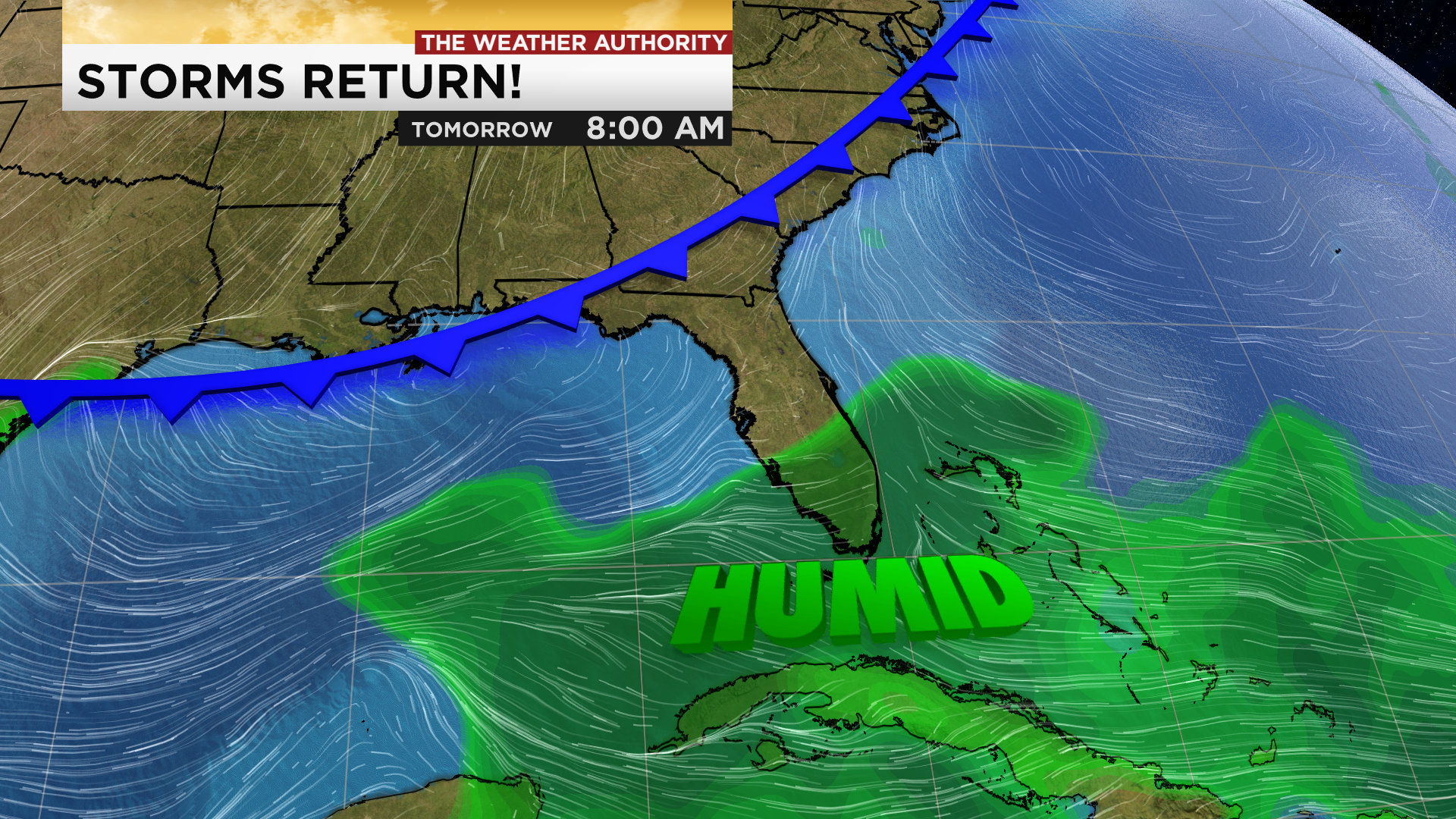 Ahead of a front, our humidity levels do increase slightly today, with a more notable increase tomorrow. This will bring the return of scattered showers and storms due to deeper tropical moisture!

Behind the front, wind will crank up and that’ll allow for elevated wave heights through the weekend. The additional drop in dew points won’t last long as we’re back in a scattered storm pattern by Sunday. 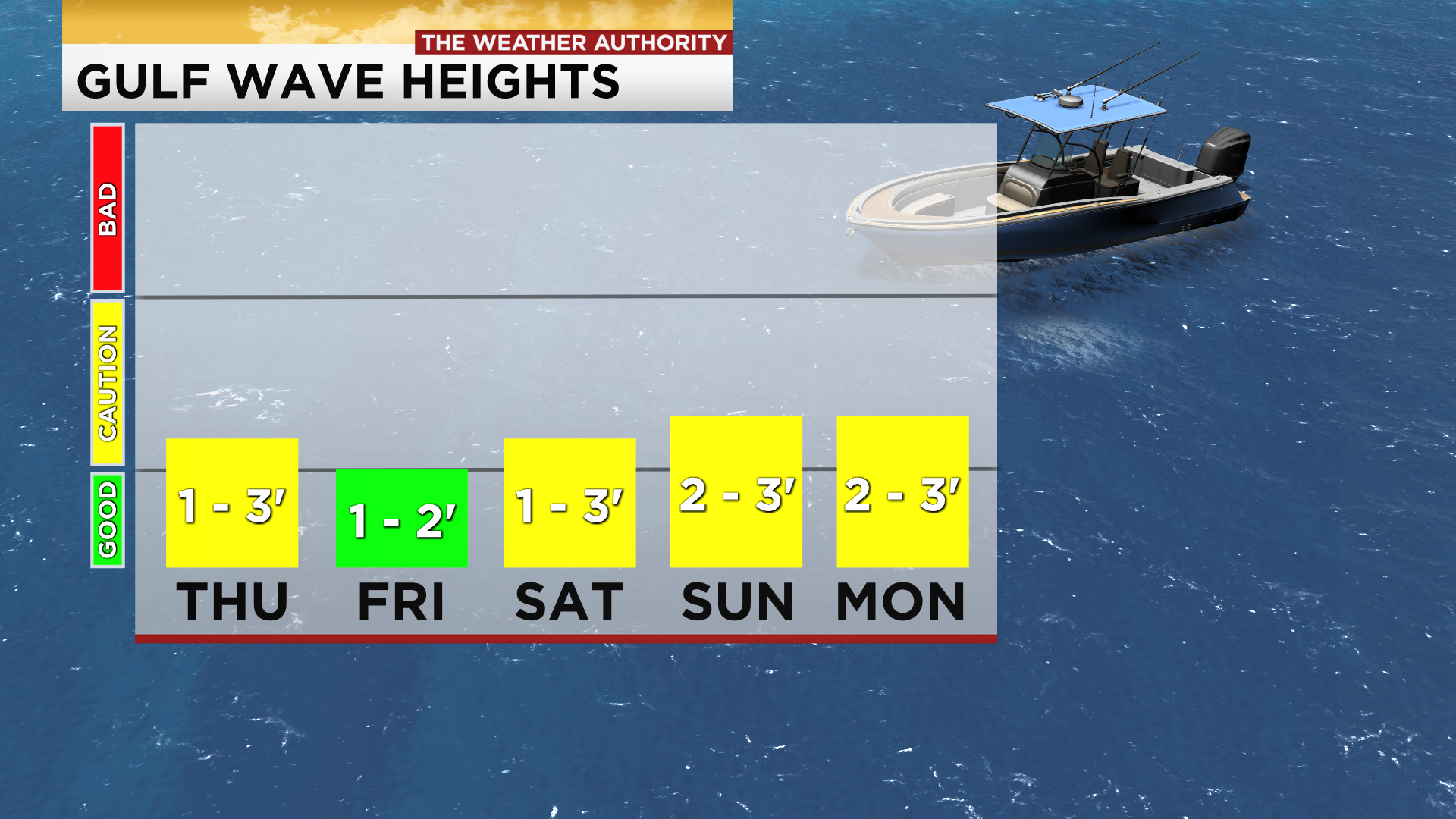