At 6 p.m. CDT on Friday, Hurricane Delta made landfall near Creole, Louisiana, with 100 mph sustained winds. Delta is the 10th named storm to make landfall in the United States this year, breaking the record for the most landfalls in recorded history.

Since then, Delta has weakened to a post-tropical depression, and has maximum sustained winds of 30 mph and is moving to the east/northeast at 14 mph as of 11 p.m. Saturday. 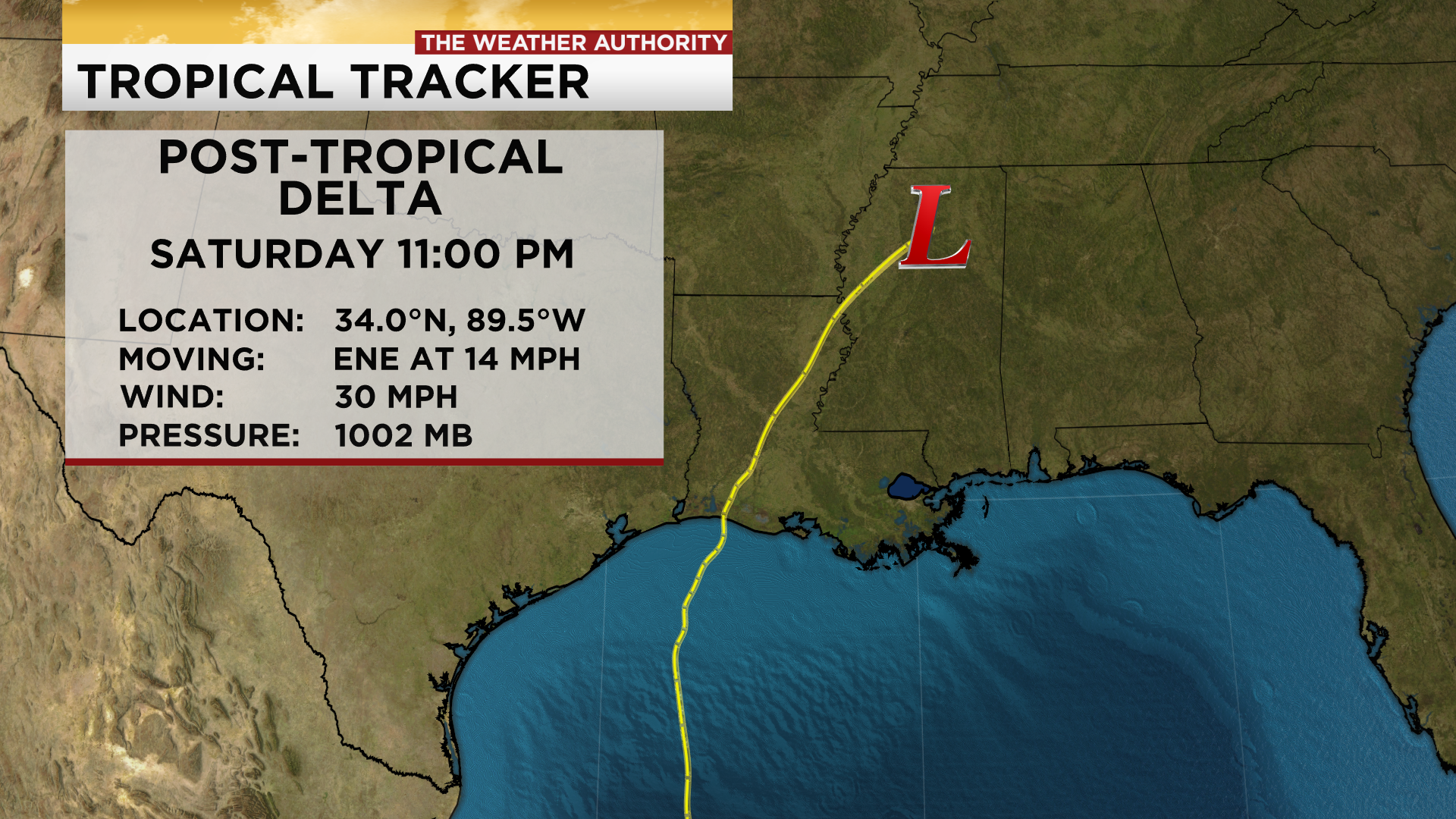 Delta will continue to push inland into the Tennessee River Valley into the Ohio River Valley over the weekend, eventually dissipating. In the meantime, Delta will bring heavy rain, flooding, gusty winds, and tornadoes to those in the storm’s path.

Elsewhere in the tropics, a tropical wave located several hundred miles southwest of the Cabo Verde Islands is producing disorganized showers and storms this morning. 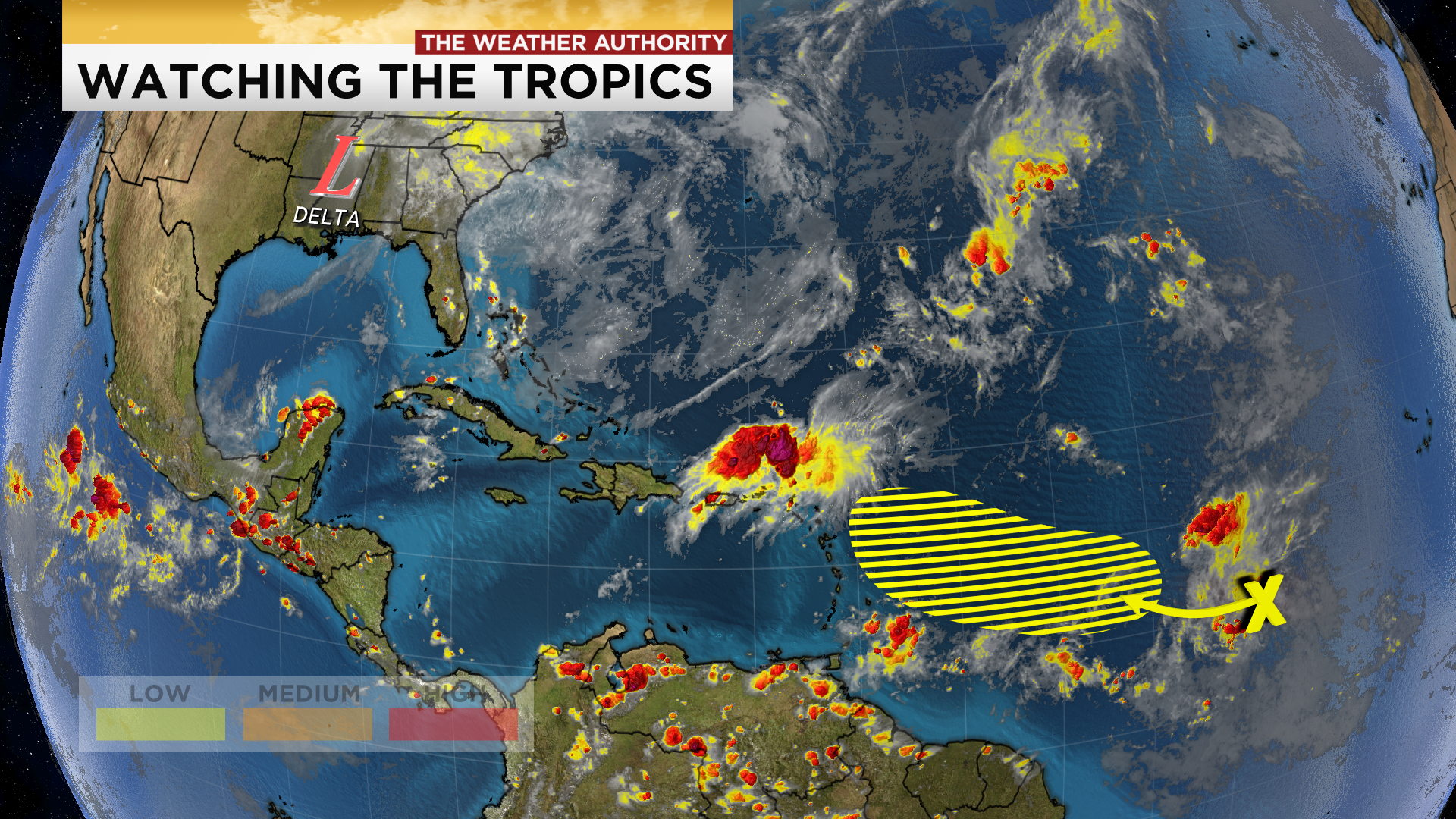 The disturbance will slowly move westward over the next few days. Environmental conditions will be marginally conducive for development late this weekend or early next week. 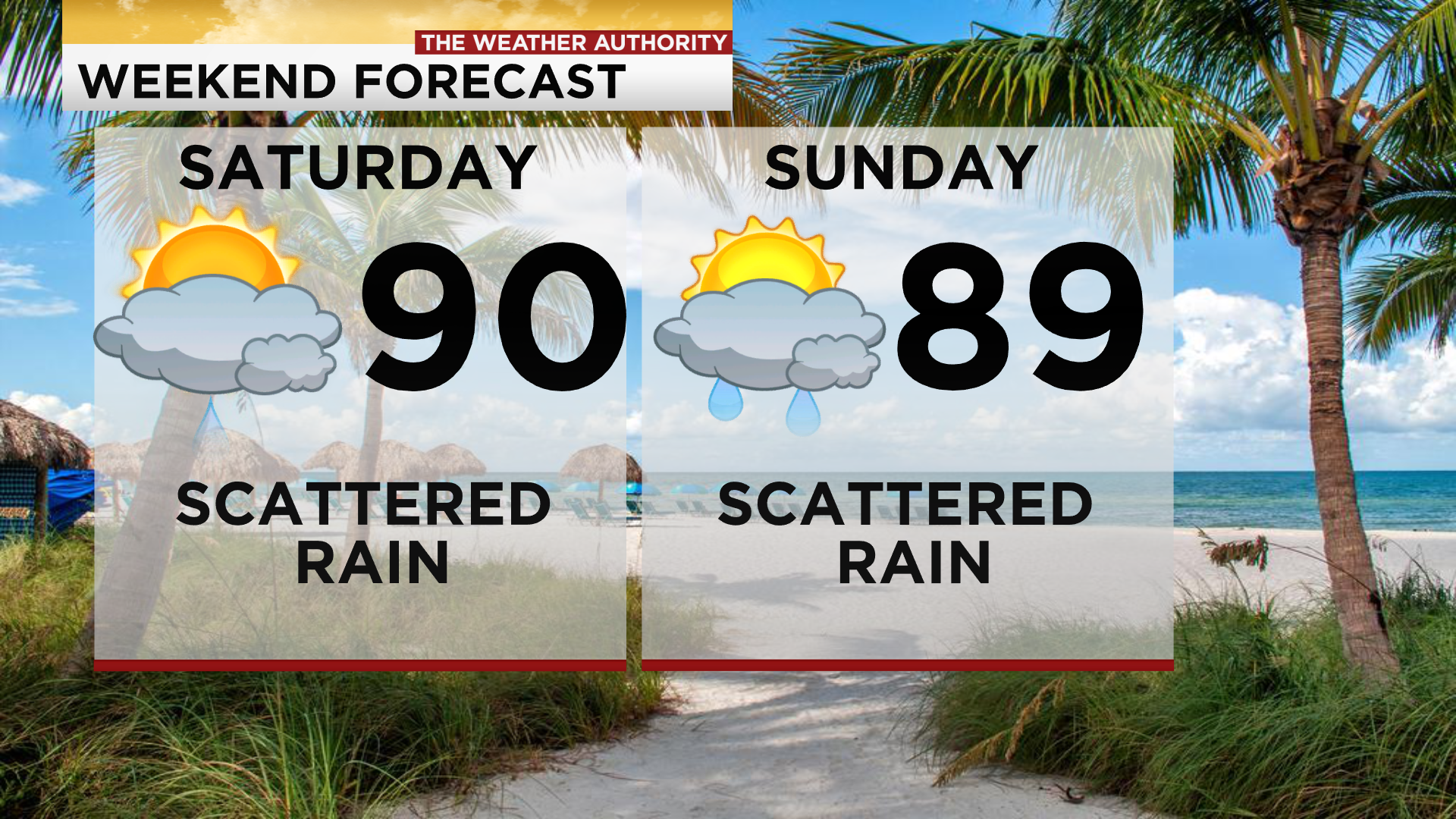 As for this weekend, weather overall looks good across SW Florida, with dry starts and scattered showers and a few thunderstorms in the afternoon. Otherwise, expected a mix of sun and clouds, with highs in the upper 80s to around 90, and lows in the 70s!