As of 11 PM, category 1 Hurricane Delta has sustained winds of 75 MPH and is moving to the N/NE at 15 MPH. Delta will continue to weaken as it moves inland. 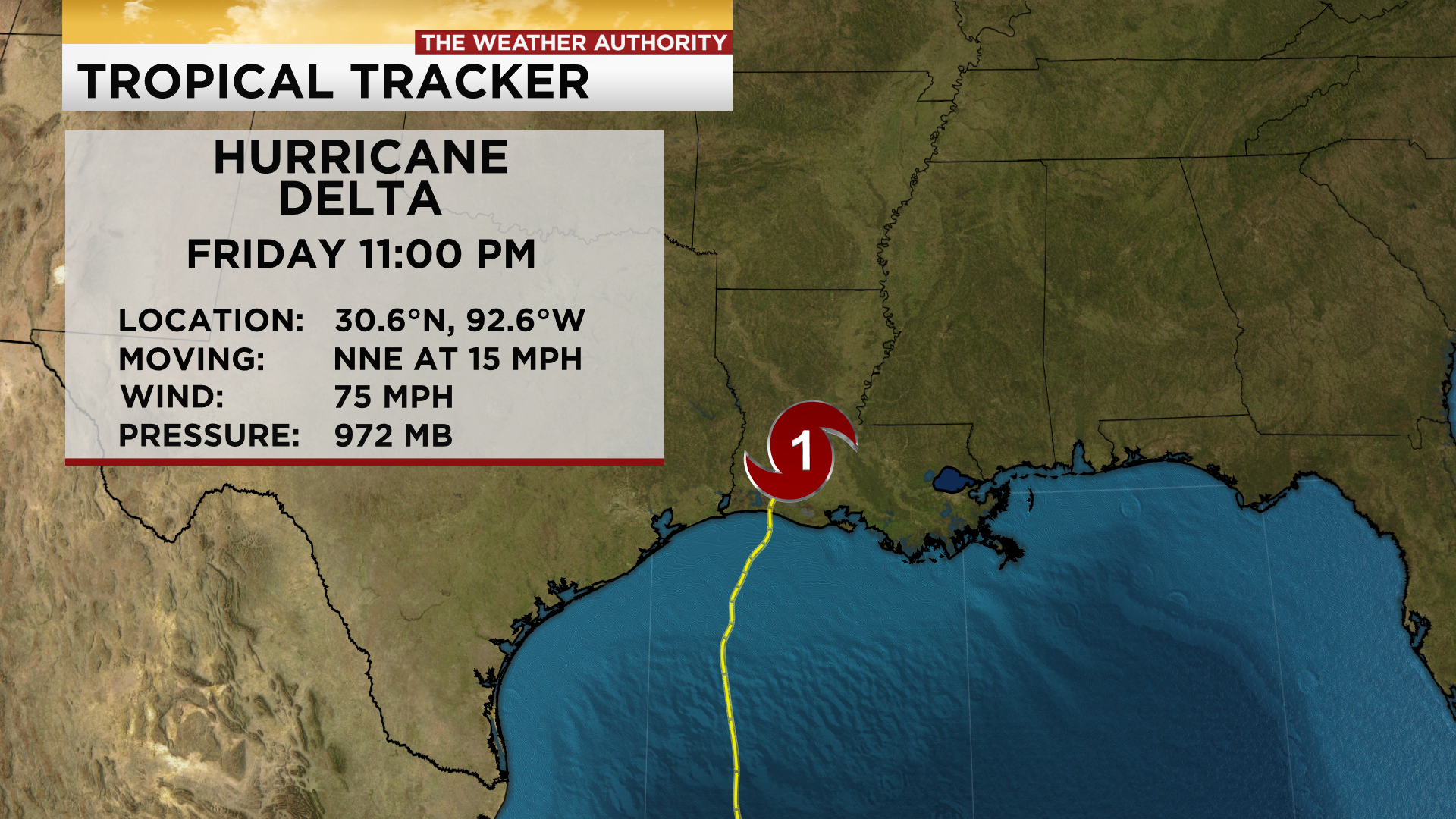 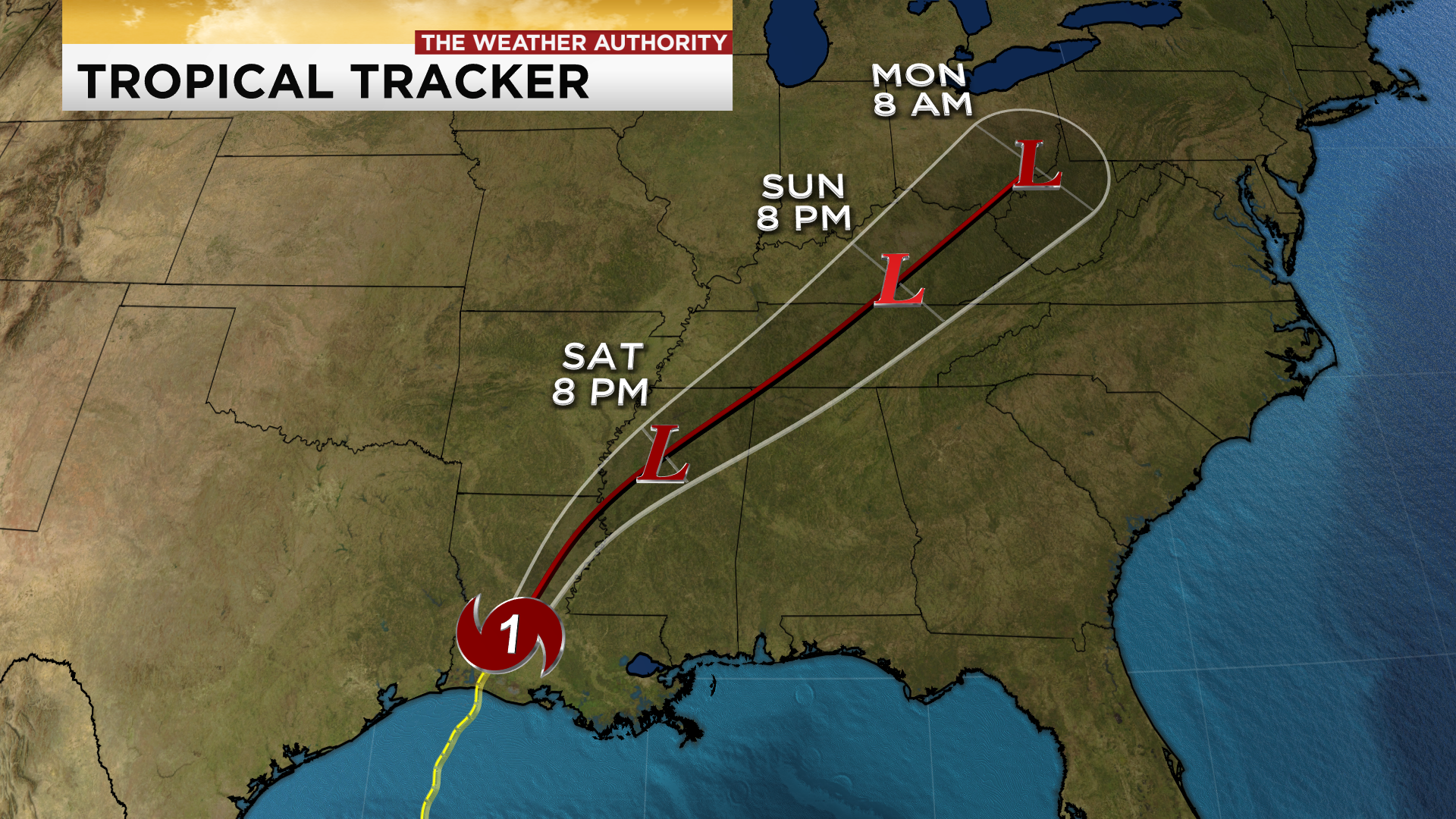 Dangerous storm surge and high tide will cause a peak water level rise of 7 to 11 feet from Rockefeller Wildlife Refuge, Louisiana to Morgan City, Louisiana including Vermilion Bay.

The deepest water will occur along the immediate coast near and of where the center makes landfall, where the surge will be accompanied by large and dangerous waves.

This is a life-threatening situation. Persons located within these areas should take all necessary actions to protect life and property from rising water and the potential for other dangerous conditions. 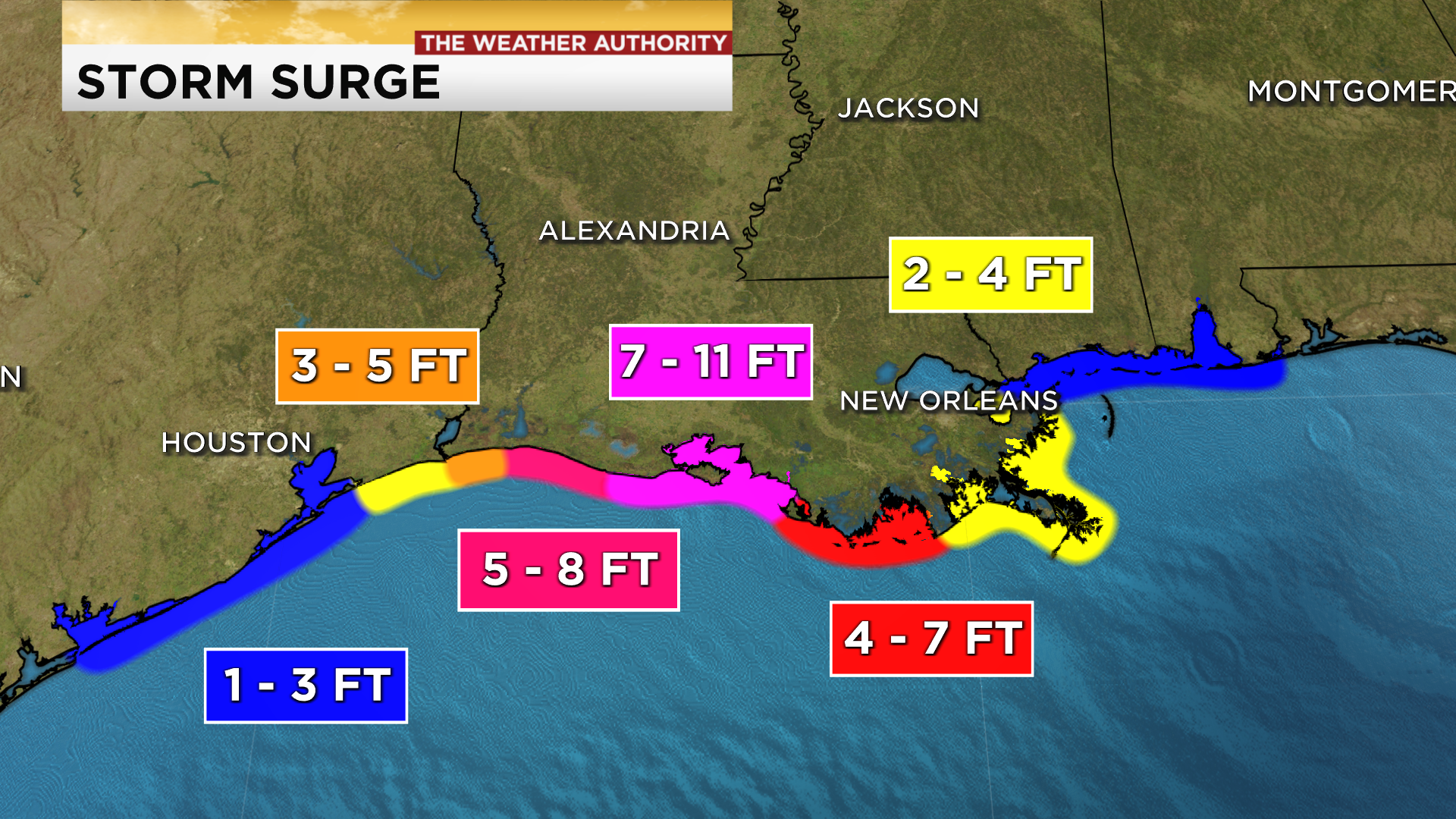 These rainfall amounts will lead to significant flash, urban, small stream flooding, along with minor to major river flooding.

Through the weekend, 1 to 3 inches of rain (isolated higher) are expected from the Tennessee Valley, Mid Atlantic, and the Southern Appalachians. 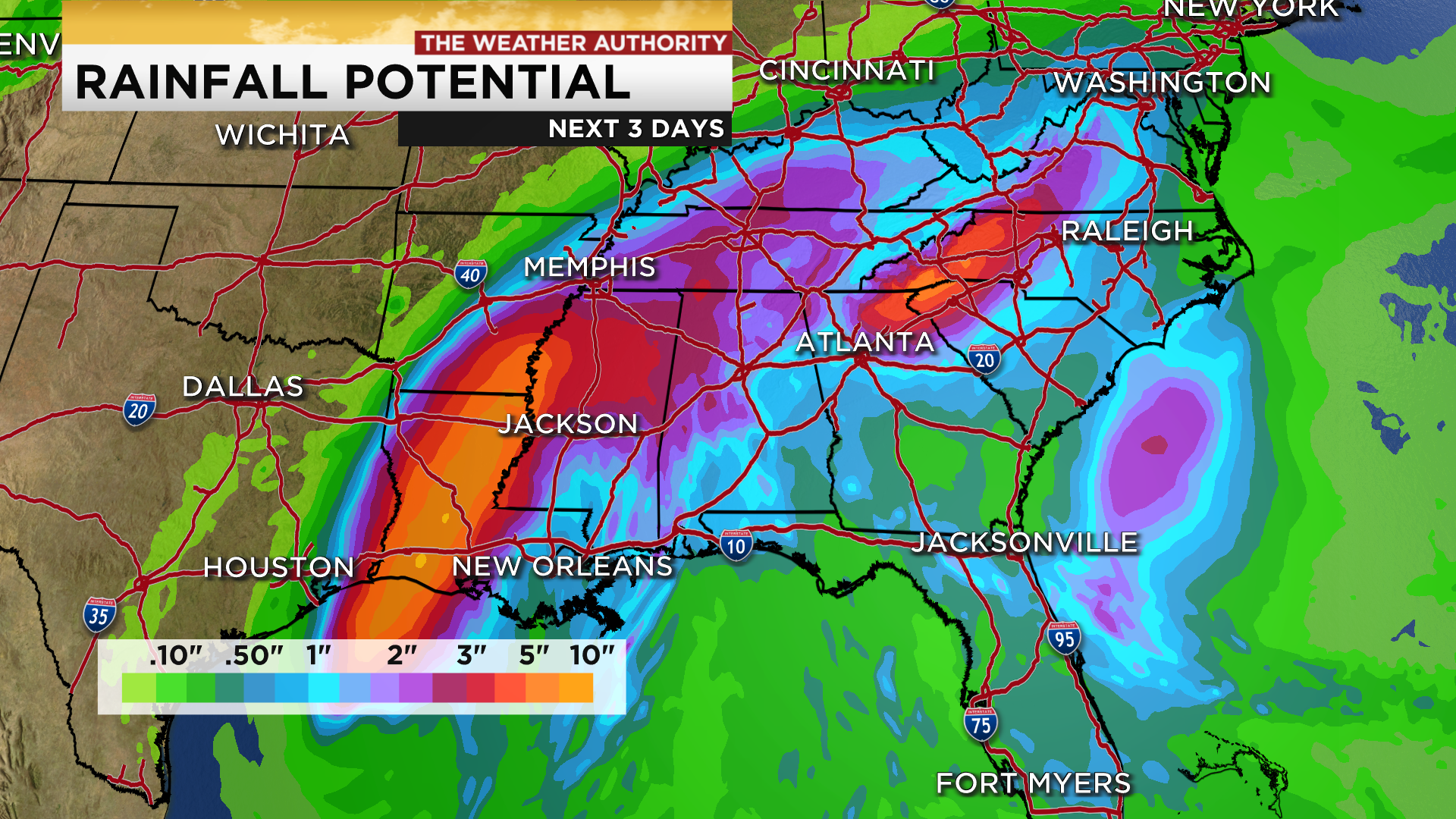 Other impacts include a few isolated tornadoes tonight over southern portions of Louisiana and Mississippi. Swells from Delta are likely to cause life-threatening surf and rip current conditions.

Even here in Southwest Florida, we will see an elevated rip current risk this weekend for coastal Charlotte and Lee counties. Additionally, expected higher than normal wave heights of 2 to 4 feet, all thanks to Hurricane Delta. 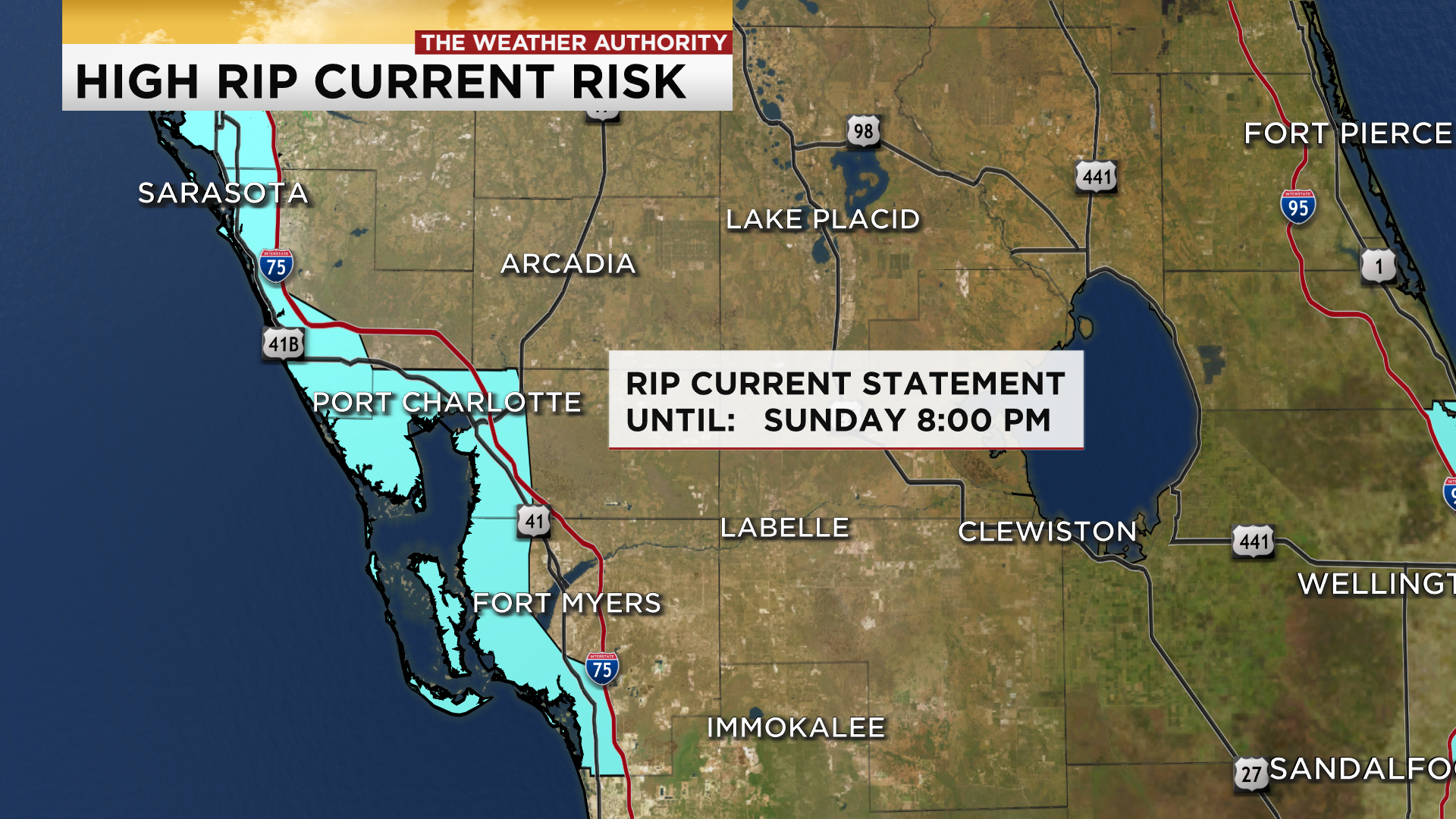 A Storm Surge Warning is in effect for Cameron to the mouth of the Pearl River, Louisiana including Vermilion Bay and Lake Borgne.

A Storm Surge Warning means there is a danger of life-threatening inundation, from rising water moving inland from the coastline, during the next 36 hours in the indicated locations.

A Hurricane Warning is in effect for High Island, Texas to Morgan City, Louisiana.

A Hurricane Warning means that hurricane conditions are expected somewhere within the warning area. A warning is typically issued 36 hours before the anticipated first occurrence of tropical-storm-force winds, conditions that make outside preparations difficult or dangerous. reparations to protect life and property should be rushed to completion. 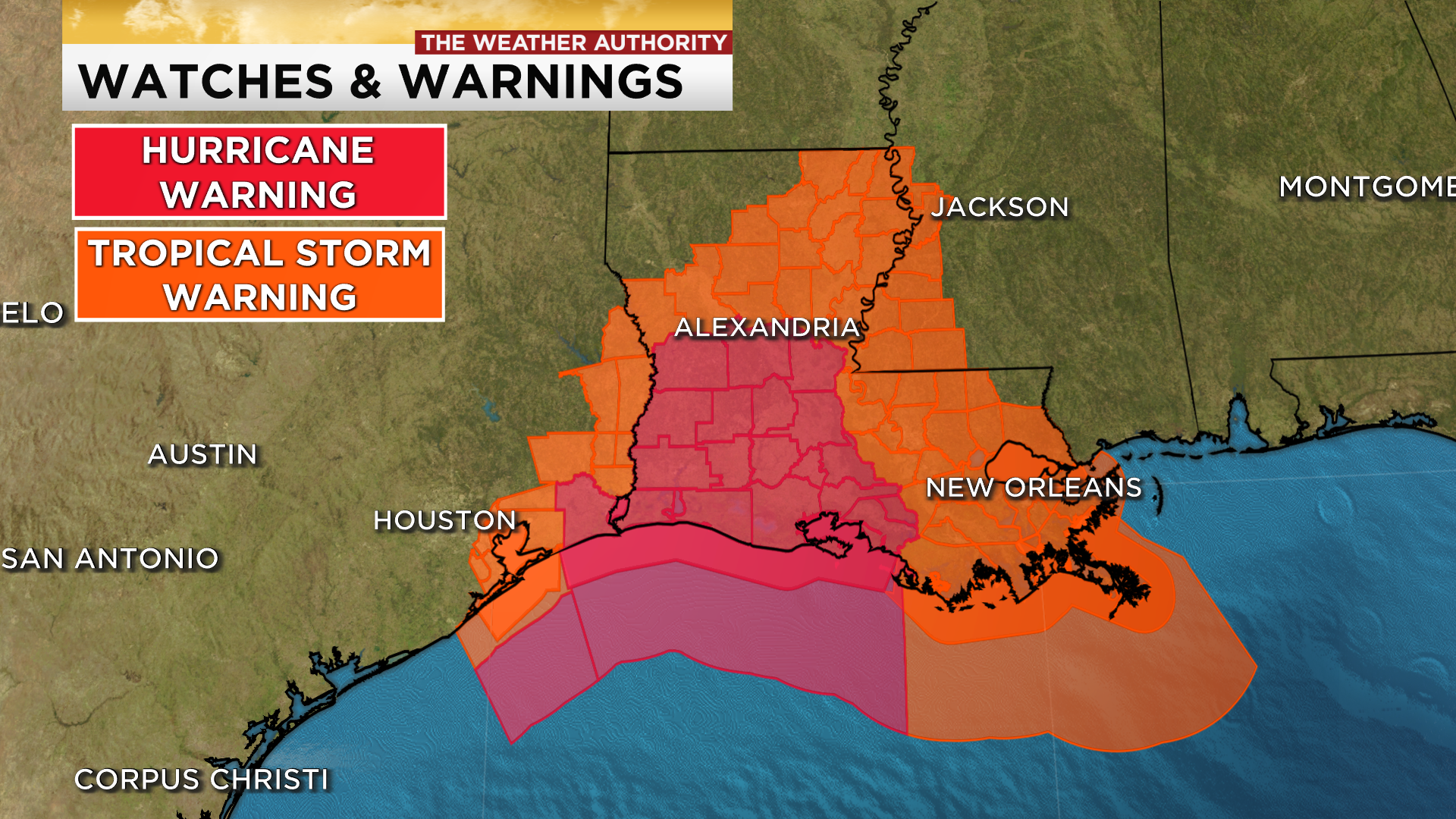 A Tropical Storm Warning is in effect for areas east of Morgan City, Louisiana to the mouth of the Pearl River, including New Orleans, Lake Pontchartrain and Lake Maurepas.

A Tropical Storm Warning means that tropical storm conditions are expected somewhere within the warning area. 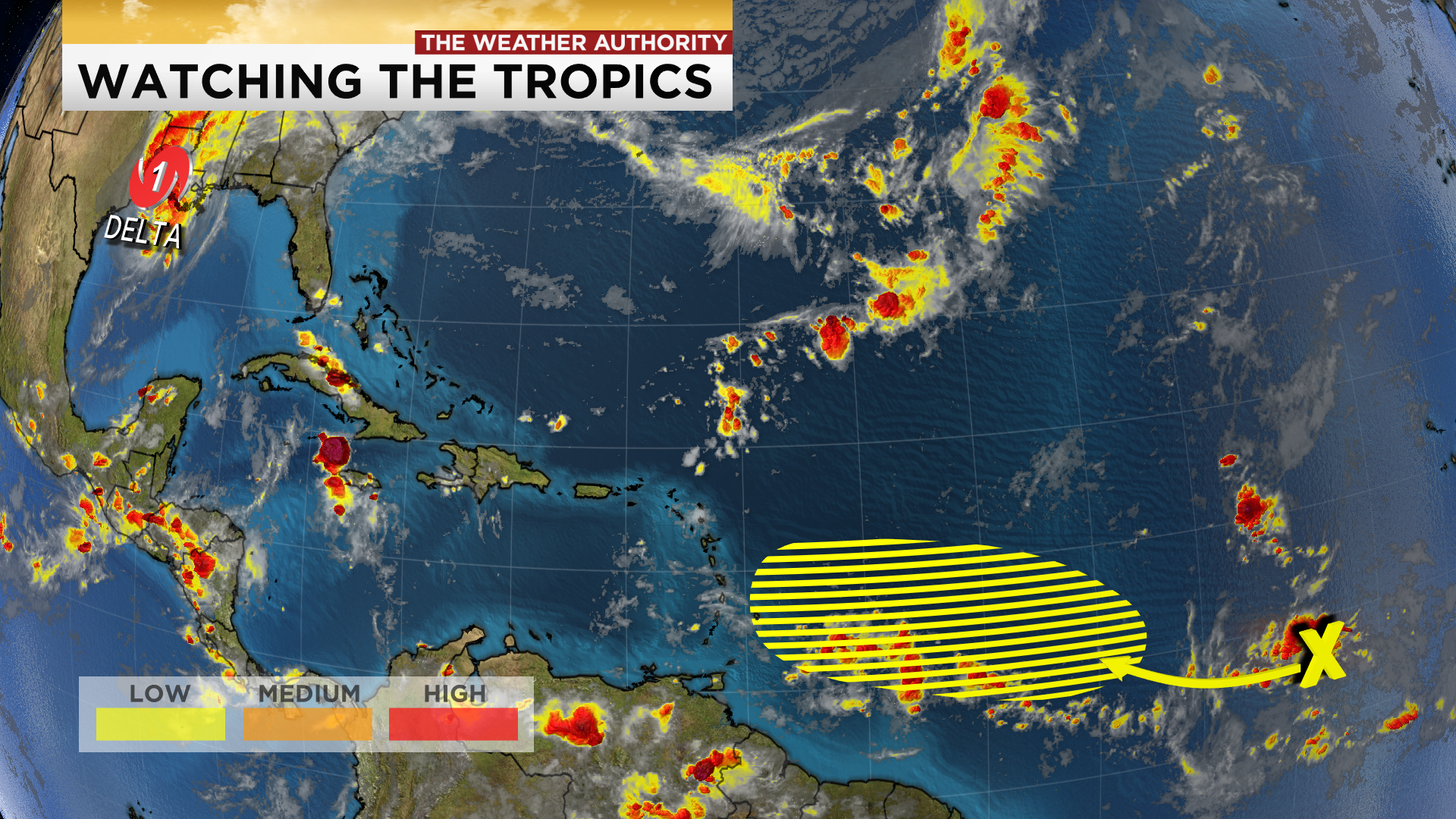 Elsewhere in the tropics, a tropical wave located a few hundred miles southwest of the Cabo Verde Islands is producing disorganized showers and storms this morning.

The disturbance will slowly move westward over the next few days. Environmental conditions will be marginally conducive for development late this weekend or early next week.