As of 11 p.m. Thursday, Hurricane Hunter data has found that Delta continues to strengthen as a major Category 3 hurricane. The storm is currently moving over the Gulf of Mexico with maximum sustained winds of 120 mph.

The center of Delta will move over the central Gulf of Mexico through the rest of tonight and over the northwestern Gulf of Mexico on Friday. Finally, the storm will move inland along the Louisiana coast by early Friday evening. 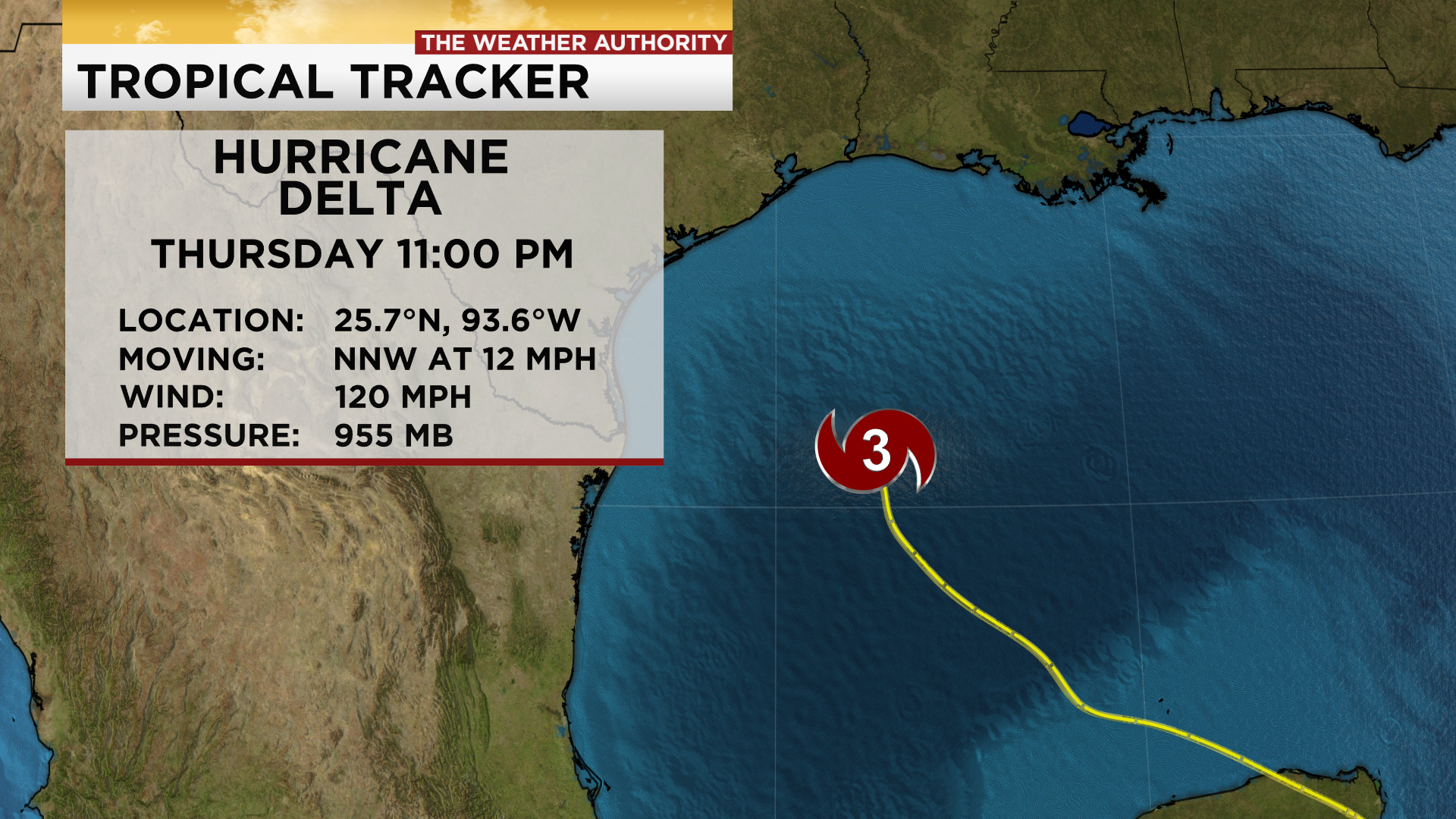 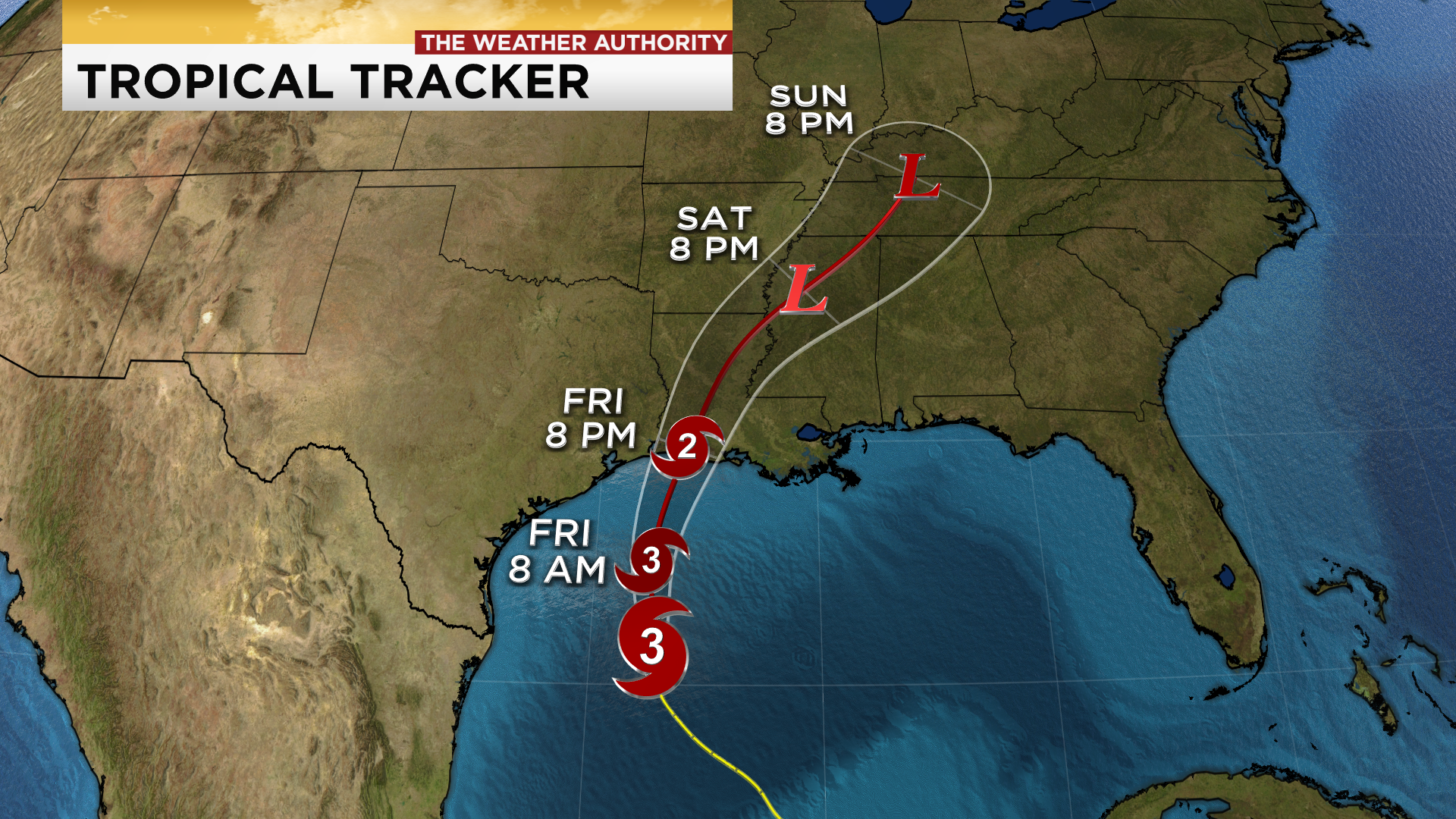 These rainfall amounts will lead to significant flash, urban, small stream flooding, along with minor to isolated moderate river flooding.

As Delta moves farther inland, the storm will produce 1 to 3 inches of rain, with locally higher amounts, from the Ohio Valley to the Mid Atlantic this weekend. 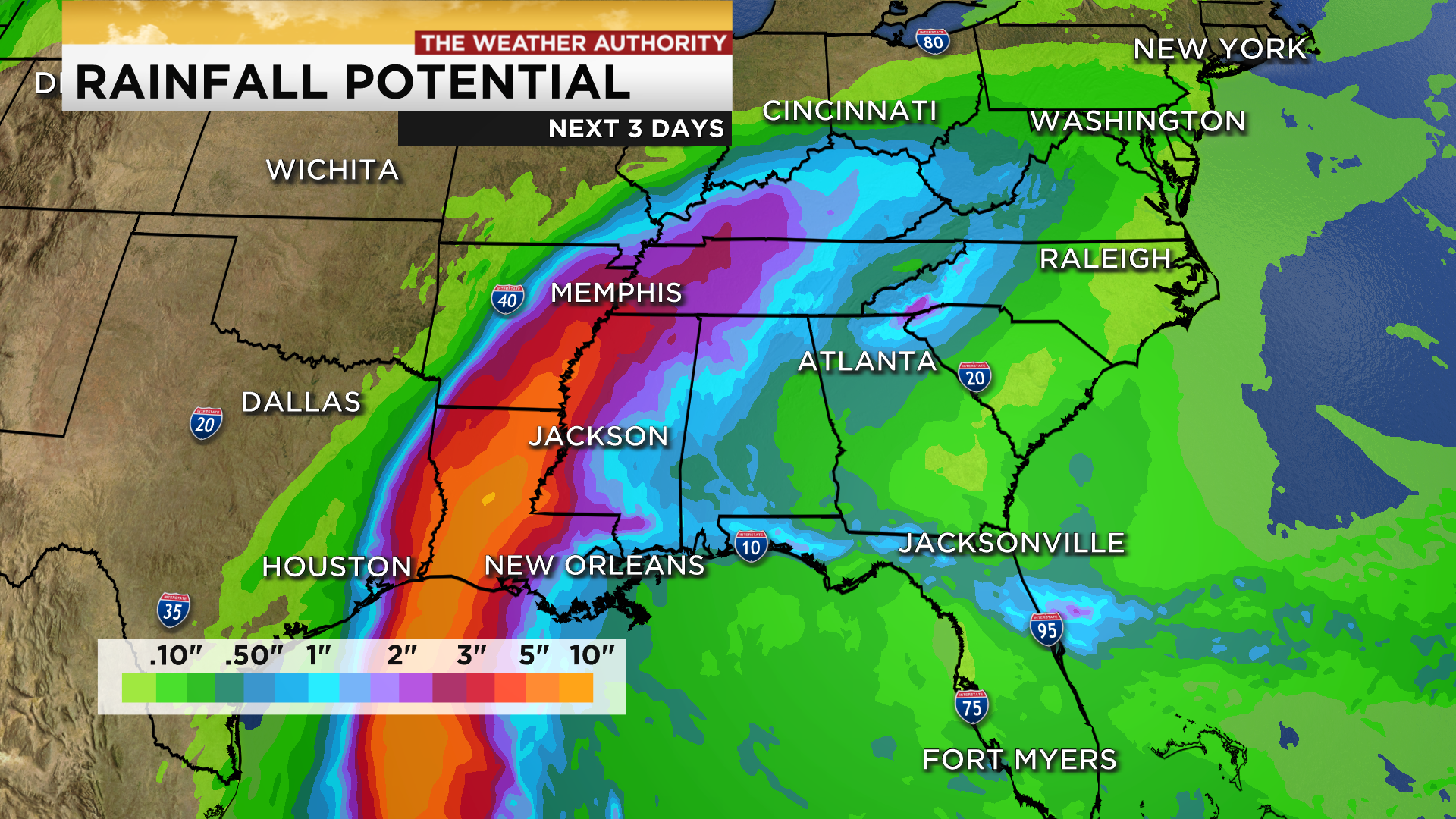 Coastal communities will begin to experience high wind and large swells from Delta later today. These swells are likely to cause life-threatening surf and rip current conditions. Additionally, a few isolated tornadoes are possible late tonight through Friday over southern parts of Louisiana and Mississippi.

The combination of dangerous storm surge and high tide will allow for water levels to peak at 7 to 11 feet from Rockefeller Wildlife Refuge, Louisiana to Port Fourchon, Louisiana including Vermilion Bay. Hurricane and tropical storm force conditions will begin as early as tomorrow afternoon. 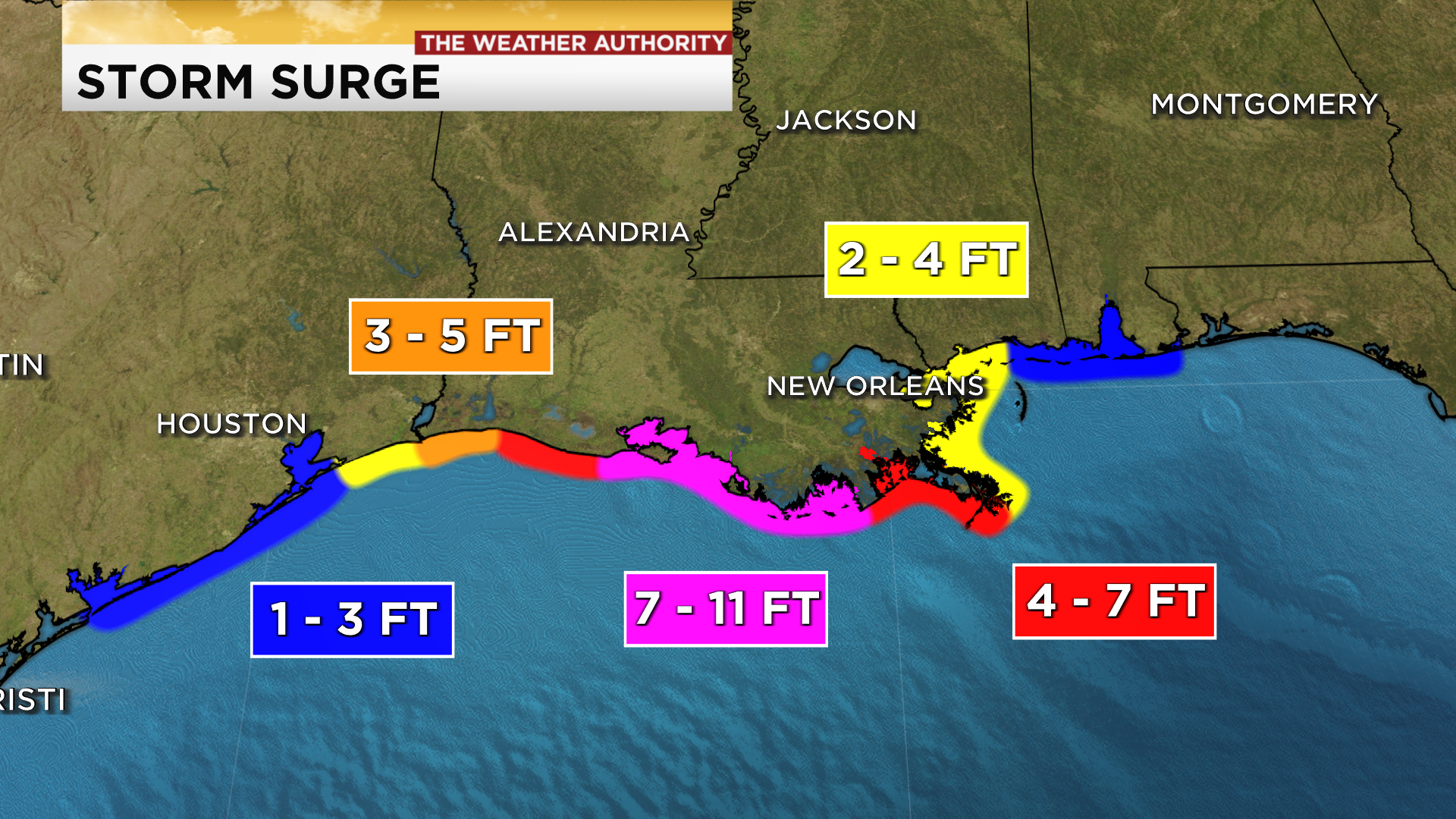 A Storm Surge Warning means there is a danger of life-threatening inundation, from rising water moving inland from the coastline, during the next 36 hours in the indicated locations. 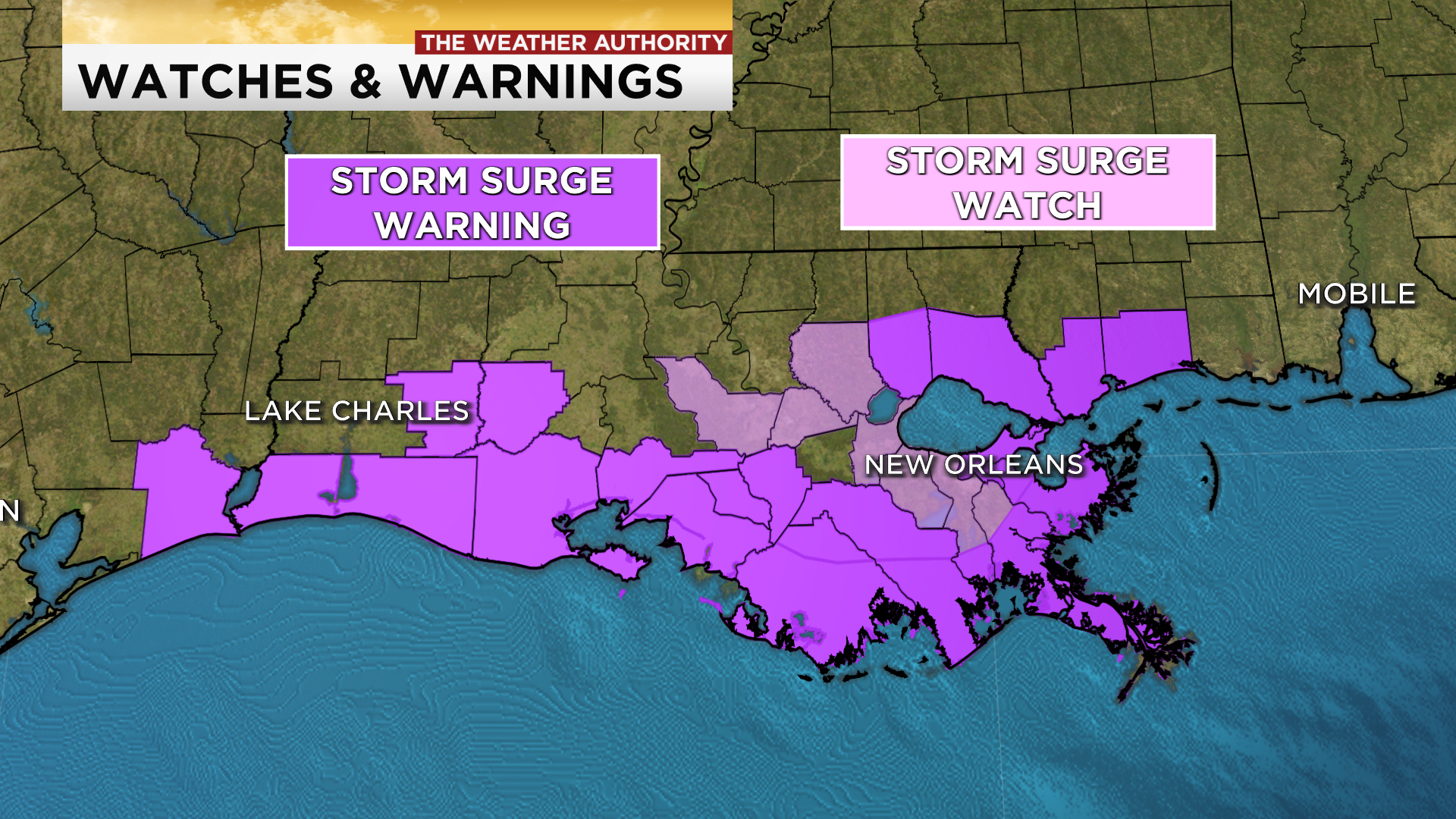 A Hurricane Warning is in effect for High Island, Texas to Morgan City, Louisiana.

A Hurricane Warning means that hurricane conditions are expected somewhere within the warning area. A warning is typically issued 36 hours before the anticipated first occurrence of tropical-storm-force winds, conditions that make outside preparations difficult or dangerous. Preparations to protect life and property should be rushed to completion. 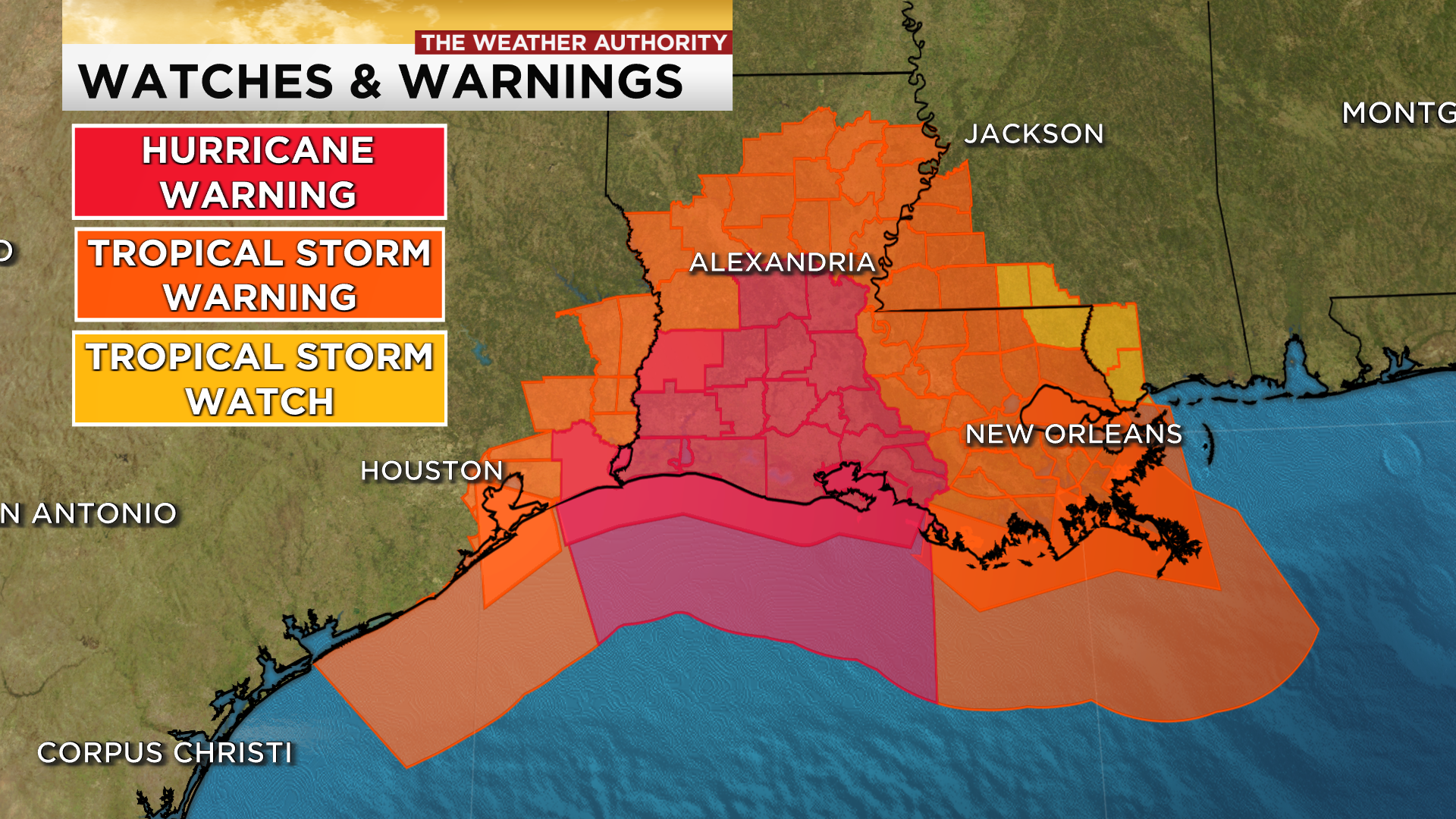 A Tropical Storm Warning is in effect for west of High Island to San Luis Pass, Texas, east of Morgan City, Louisiana to the mouth of the Pearl River, including New Orleans, Lake Pontchartrain and Lake Maurepas.

A Tropical Storm Warning means that tropical storm conditions are expected somewhere within the warning area.

A Tropical Storm Watch is in effect for east of the mouth of the Pearl River to Bay St. Louis, Mississippi.

A Tropical Storm Watch means that tropical storm conditions are possible within the watch area.

SOMETHING NEW TO WATCH! 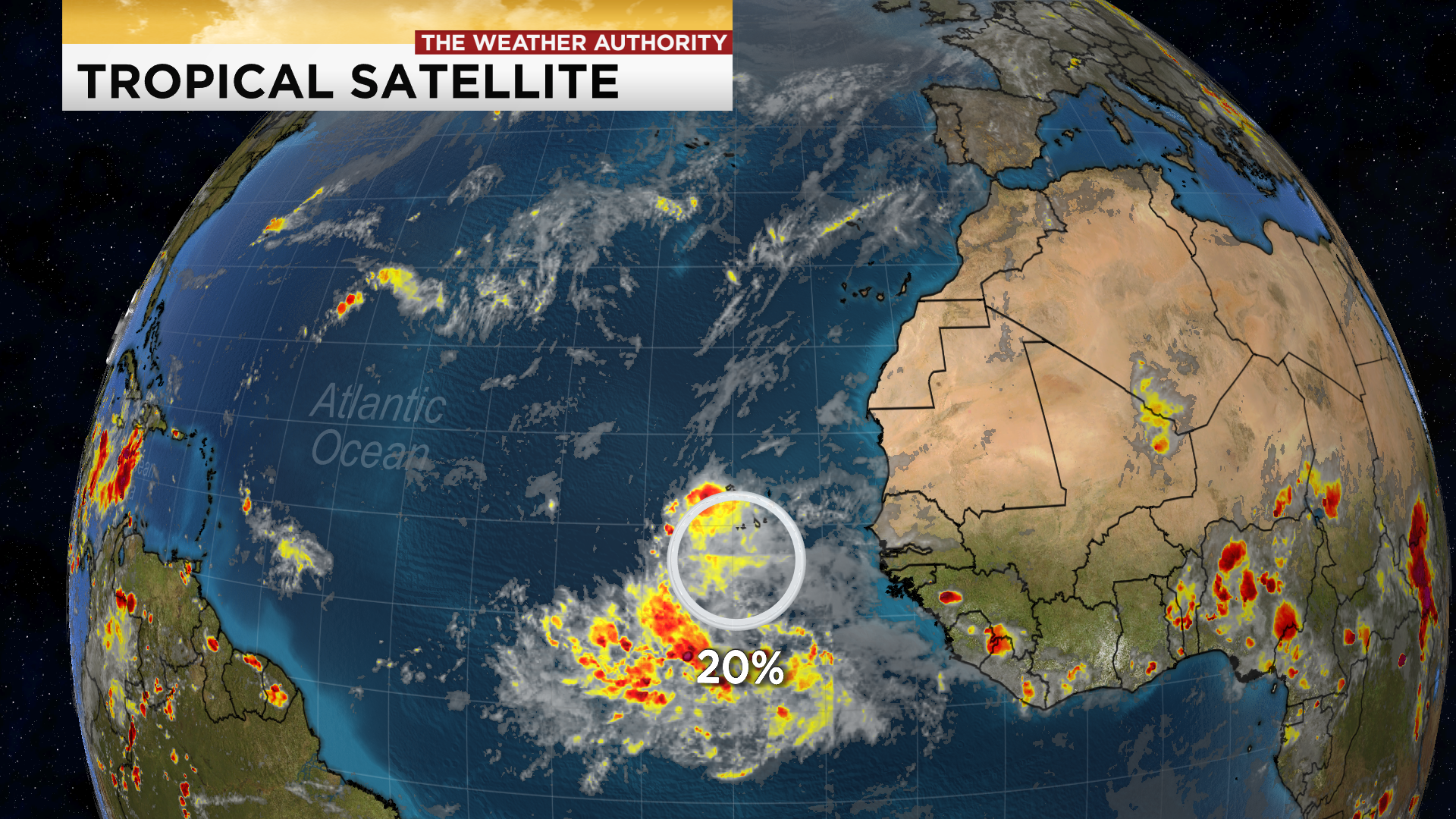 As of 2 PM, the National Hurricane Center issued a 20% chance of tropical development over the next 5 days as a vigorous area of disorganized thunderstorms, located a few hundred miles south of the Cabo Verde Islands, moves to the west at 15 MPH.