No more part-timers. Marco Island wants to limit who can use its beaches. So what does this mean for those who call the island home or any of you who want to go to the beach?

Waves of a disappointment for some kicked off of one of Marco’s cleanest shorelines, now that Residents’ Beach is only for those who live there.

“You’re not a resident, you’re a renter so too bad,” explained Linda Karl. She booked her yearly two-month vacation on Marco Island, but this time she won’t get to use the only beach she can walk to from her condo.

“We may end up cutting a month and because we can’t use the beach, probably not going back,” Karl said.

Usually, she buys a pass from the Marco Island Civic Association to access Residents’ Beach. The non-profit recently changed its rules eliminating short-term renters from those eligible to apply.

“It’s all older people and it has never been crowded where you can never get a parking place, so I don’t understand what the reason is,” Karl said.

Many others have expressed their concerns on social media. Some who pay taxes on condos say the move will cost them tourists and be bad for business. 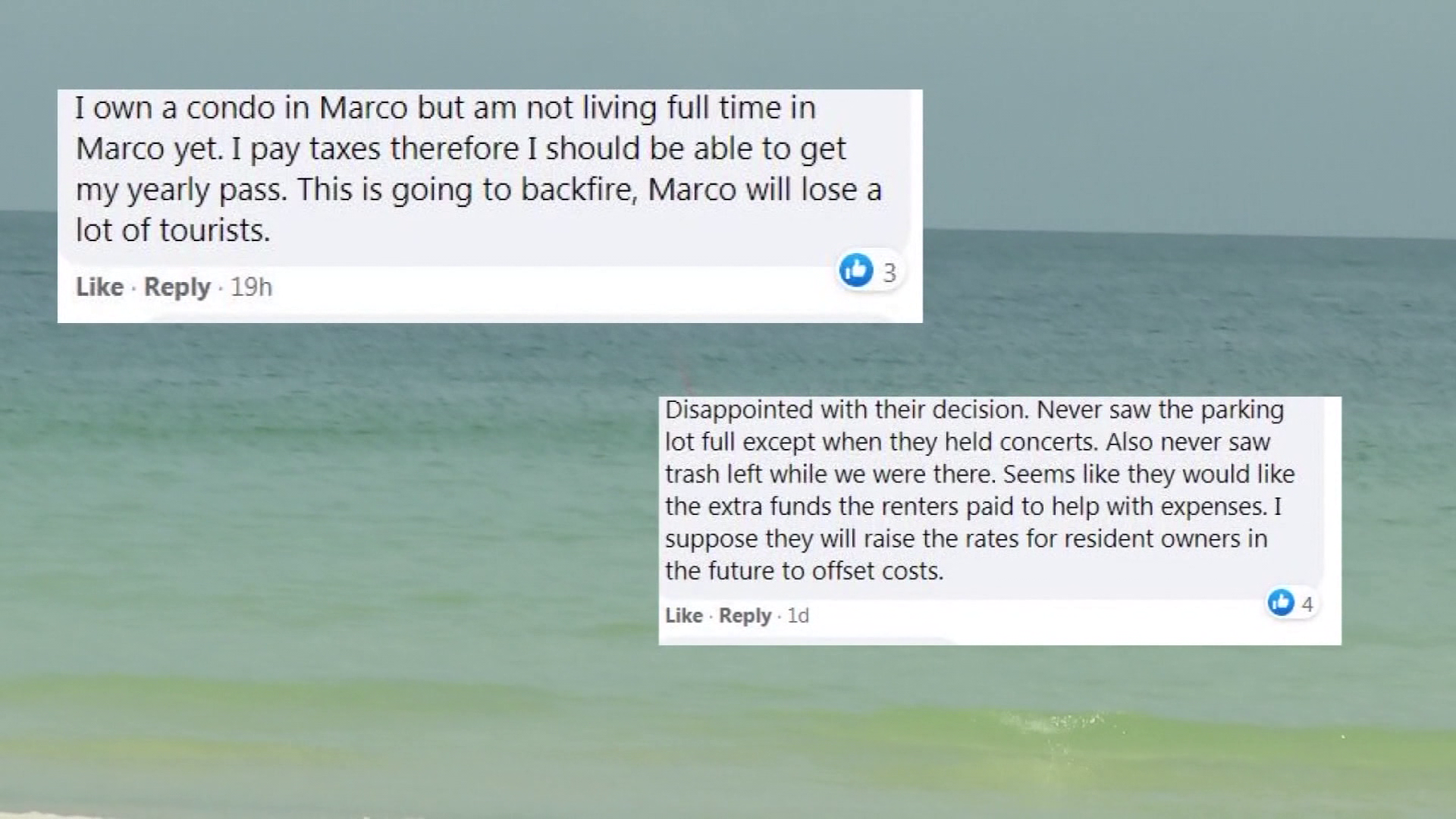 But short-term renters have been an issue on Marco Island over the past few months, from noise complaints to trash on the sand.

“I’m a little bit taken back by the difference in the amount of garbage left on the beach,” one beachgoer told us.

Some who visit hope the change is temporary.

We reached out to the Marco Island Civic Association to see if they’ll consider allowing renters to use Residents’ Beach again but haven’t heard back.

Public beaches like Tigertail and South Beach are open to everyone.