Just before 6:45 a.m. Wednesday morning, Hurricane Delta made landfall along the northeastern coast of the Yucatan Peninsula near Puerto Morelos. The storm made landfall as a Category 2 hurricane with maximum sustained winds of 110 mph.

Peak sustained winds of 84 mph and a wind gust of 106 mph was reported near Cancun, Mexico. 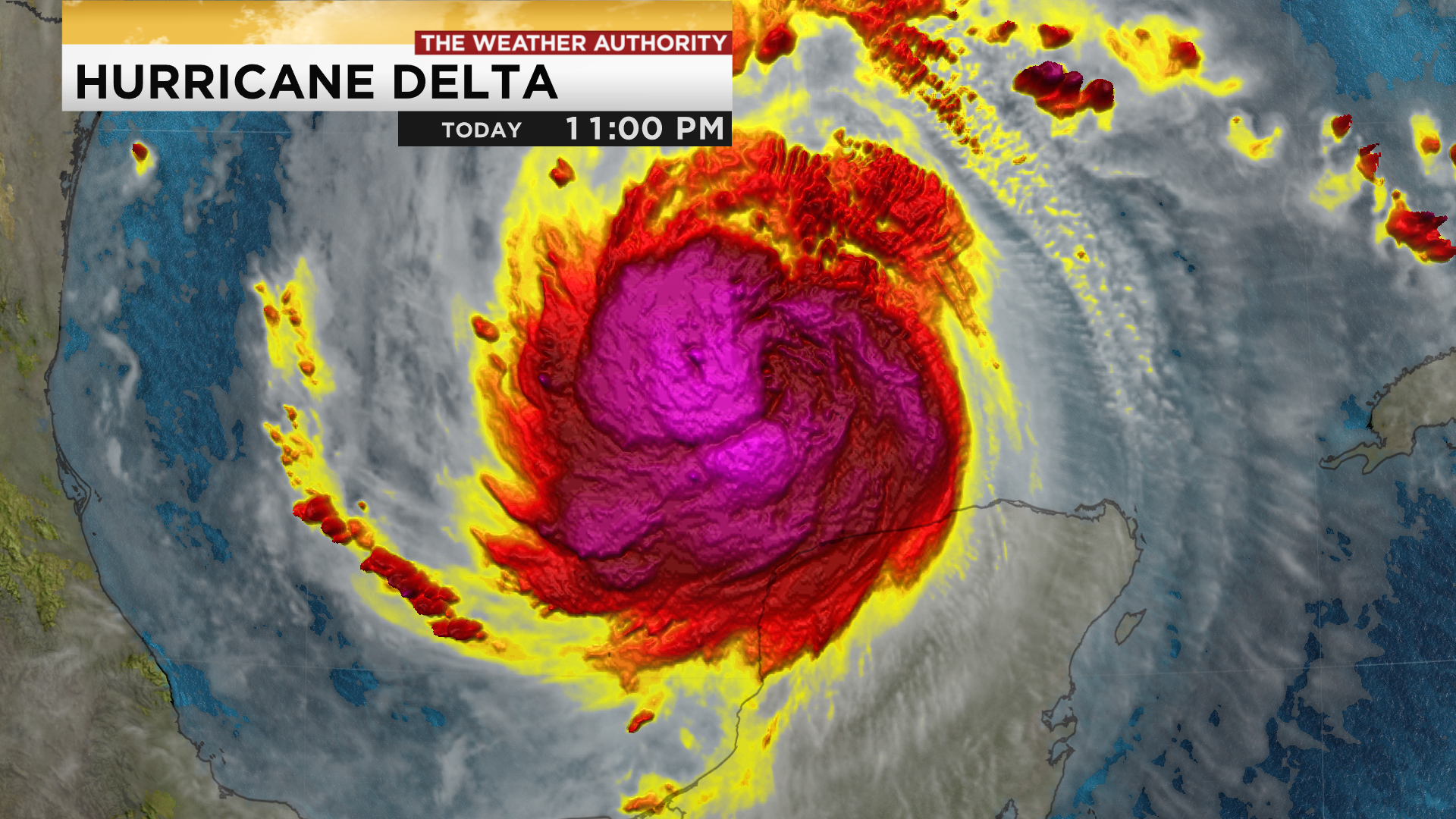 As of 11 PM, the storm is located over the southern Gulf of Mexico. Delta weakened to a Category 1 after moving over the terrain of the Yucatan Peninsula early Wednesday morning and maintains its strength as a Category 1 with 90 mph winds.

The center of Delta will move through the central Gulf of Mexico through Thursday, and near the northern Gulf coast on Friday.

Re-strengthening is forecast when the hurricane moves over the southern and central Gulf of Mexico through Thursday. Minor weakening is forecast as Delta approaches the northern Gulf coast on Friday. 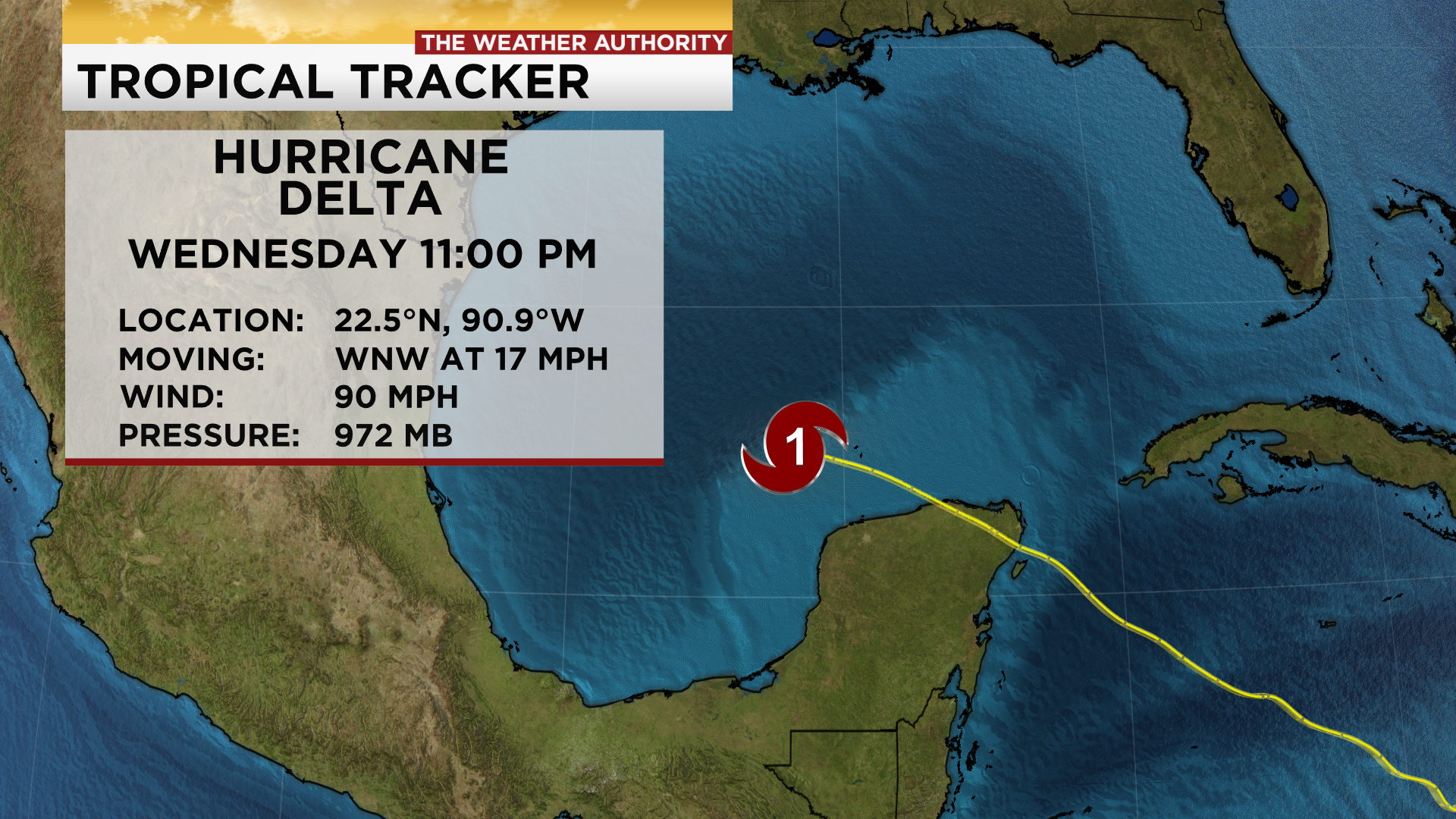 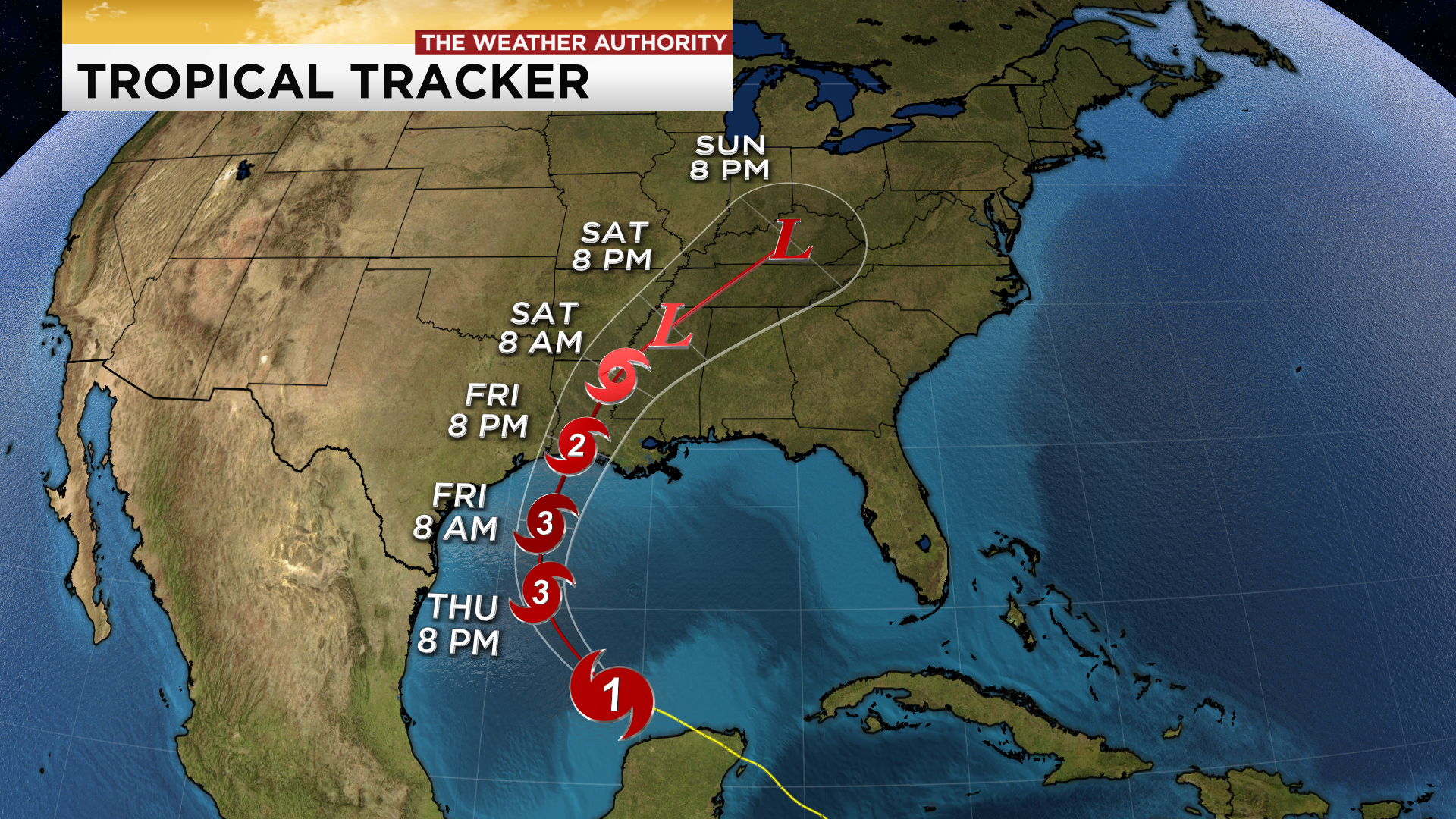 Tropical storm conditions are possible along the Gulf coast by late Thursday night or early Friday with hurricane conditions possible by Friday morning.

Swells caused by Delta will affect portions of the northern and western Gulf coast beginning on Thursday. These swells are likely to cause life-threatening surf and rip current conditions. 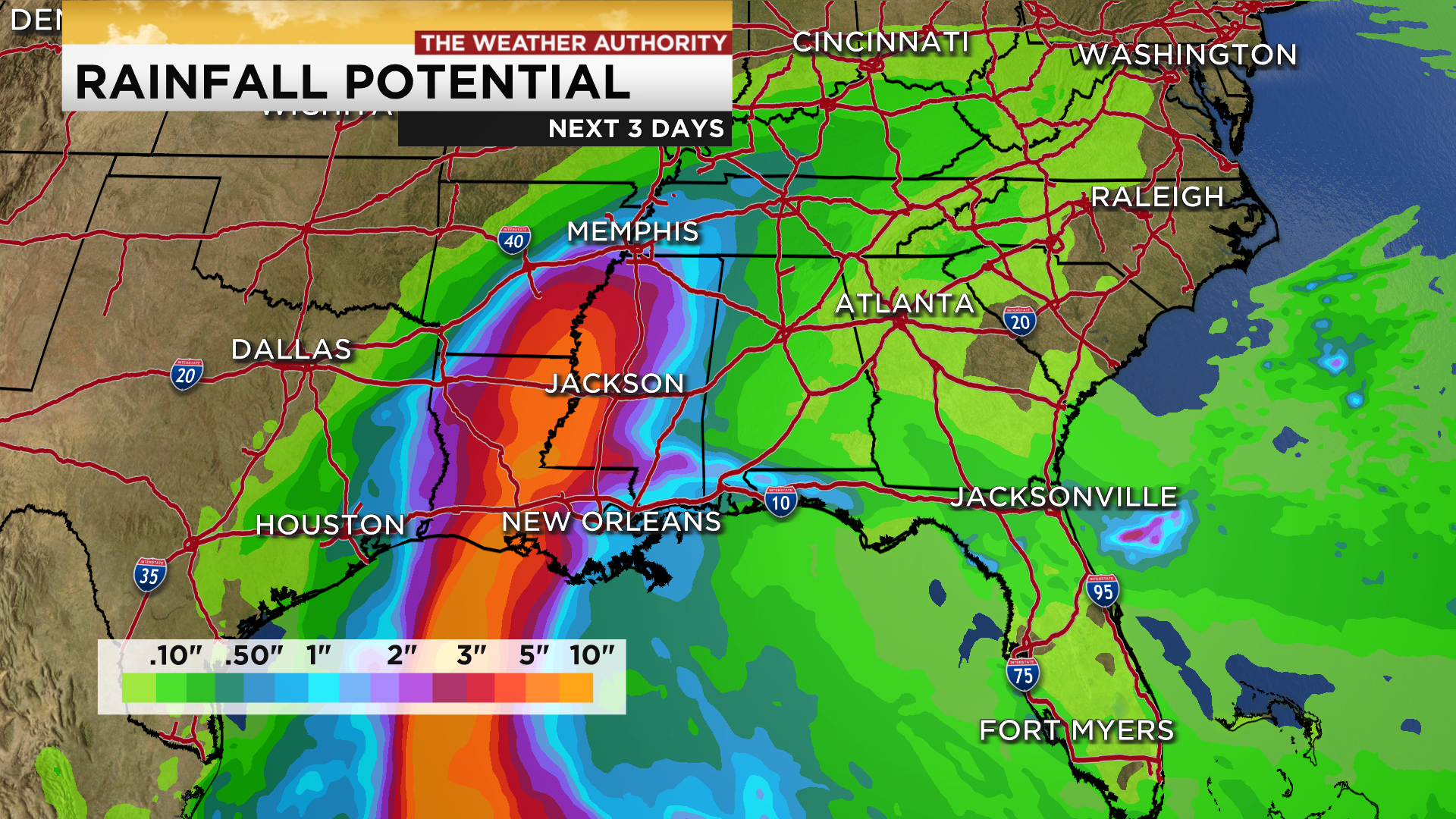 Through late week and the weekend, Delta is expected to produce rainfall totals of 4 to 8 inches (isolated higher) across portions of the central Gulf Coast north into portions of the Lower to Middle Mississippi Valley.

Additionally, 1 to 3 inches of rain, with locally higher amounts, are expected in the Ohio Valley and Mid Atlantic this weekend. These rainfall amounts will lead to flash, urban, small stream, and minor river flooding. 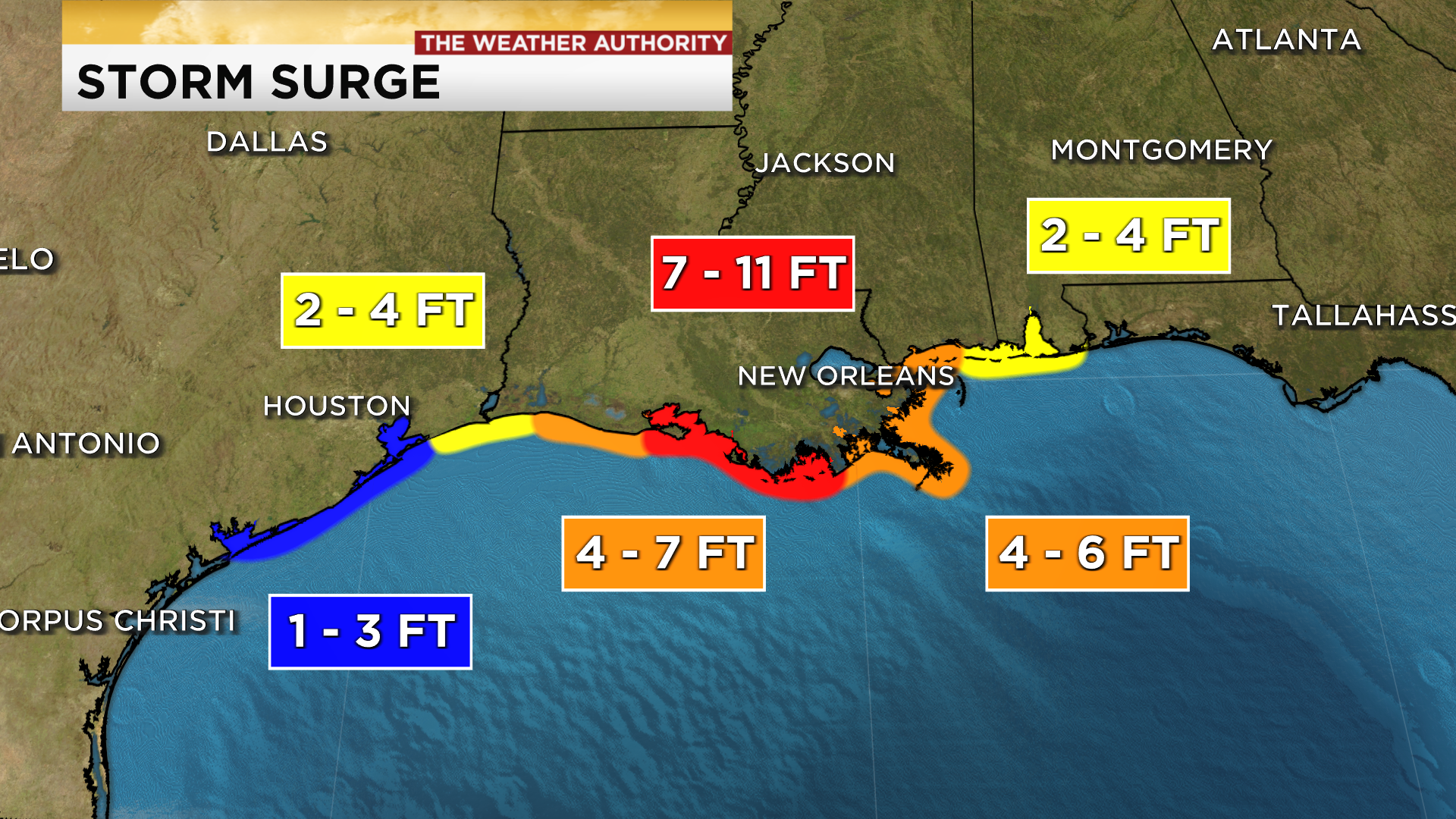 In the United States, the combination of a dangerous storm surge and the tide will cause significant water level rise. The storm surge is expected to peak at 7 to 11 feet from Pecan Island, Louisiana to Port Fourchon, Louisiana, including Vermilion Bay. 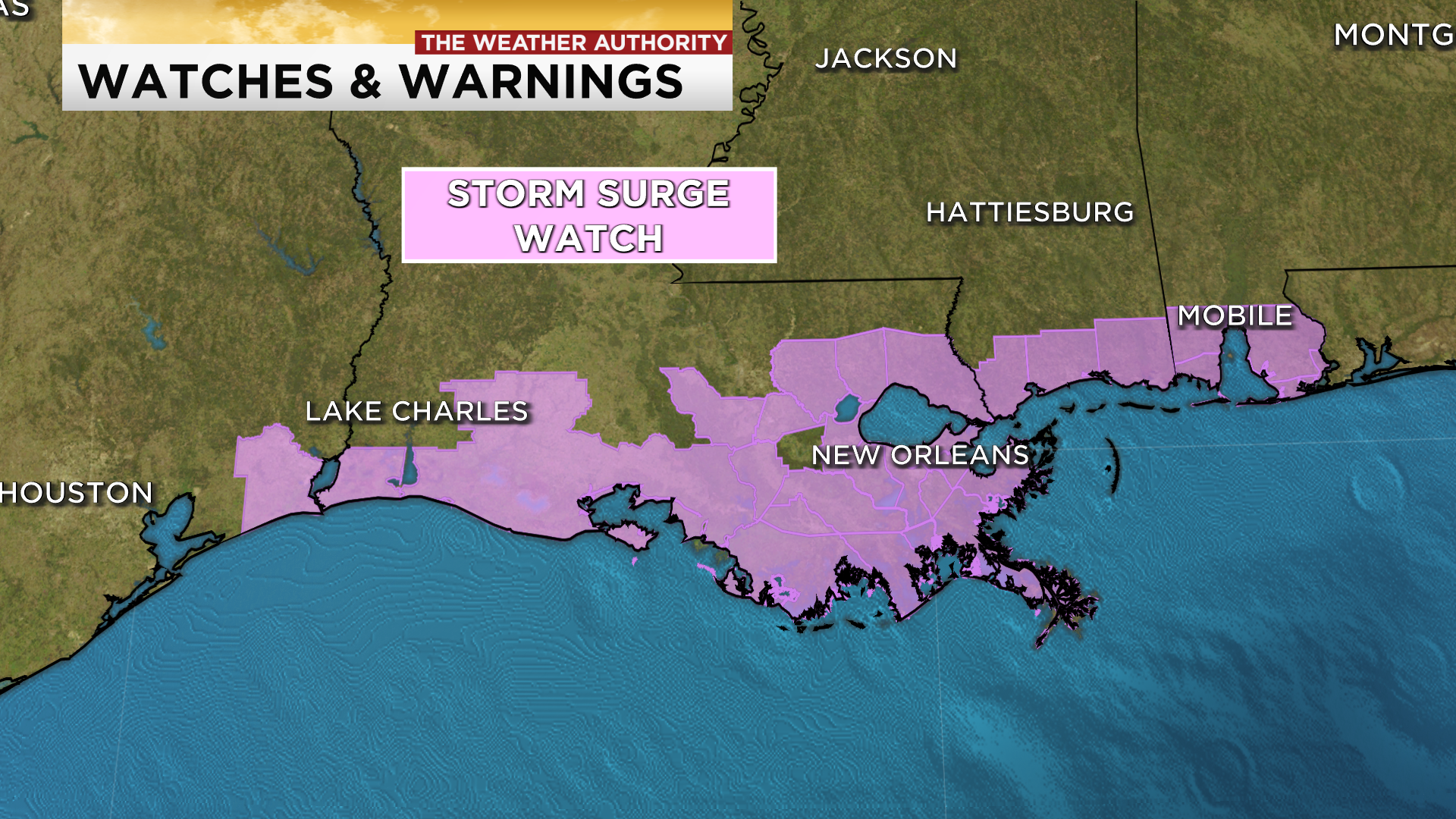 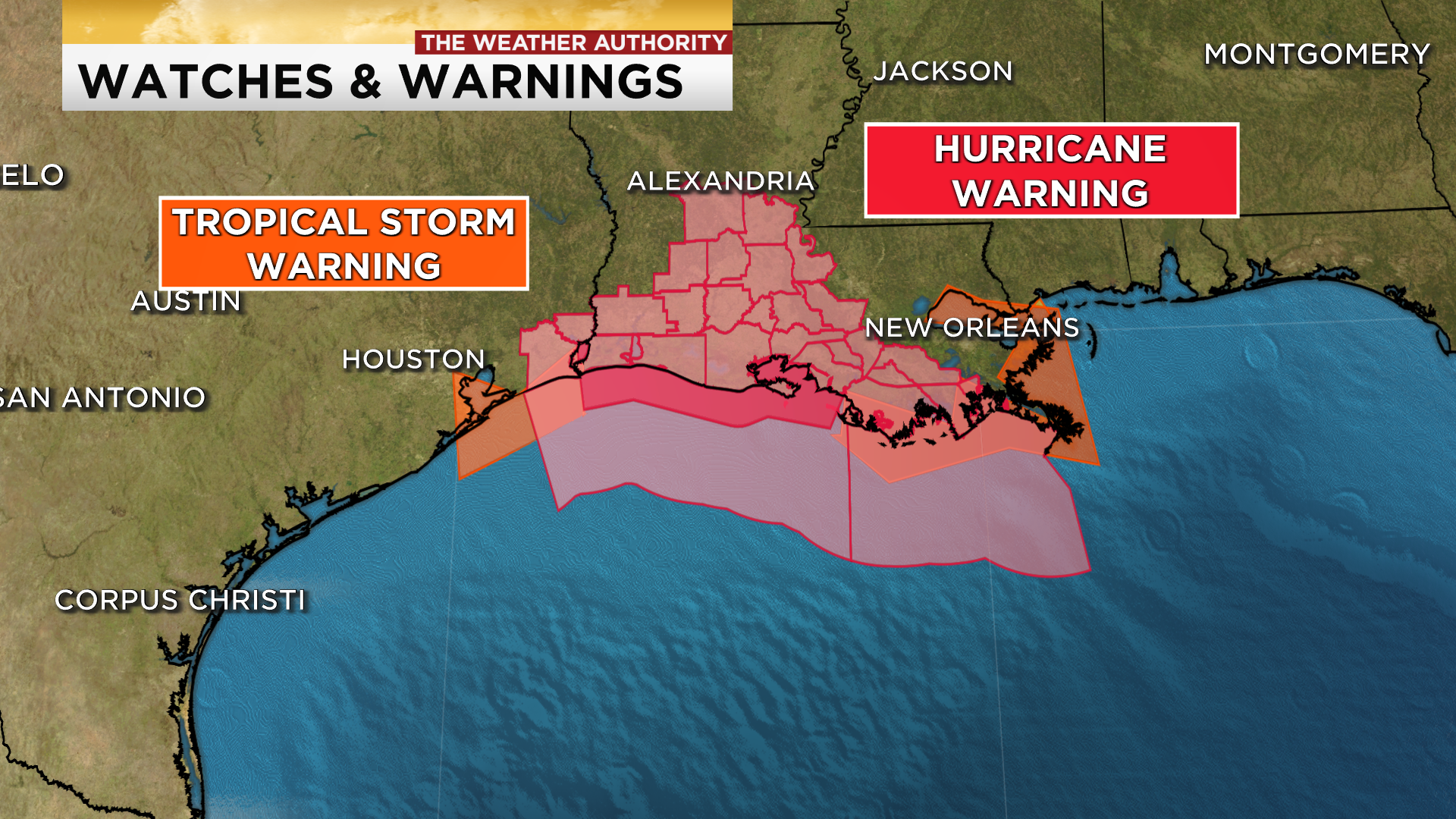 A Hurricane Warning is in effect for High Island, Texas to Grand Isle, Louisiana.