Food distributions in SWFL for the week of Sept. 27

Food distributions in SWFL for the week of Sept. 13

Harry Chapin Food Bank of Southwest Florida benefits from a federal government fresh food initiative through the USDA Farmers to Families Food Box program. In boxes of fresh food donated to Harry Chapin and other participating nonprofits is a letter from President Donald Trump, and it’s causing controversy.

Many food banks chose to remove a letter from the president as part of the fresh food initiative, but Harry Chapin Food Bank decided to leave the letter inside and explained to us why it was a difficult decision.

Barbara Evans, the chief development officer for Harry Chapin Food Bank, says the federal government program helps nonprofits respond to food insecurity at large by providing boxes upon boxes of food presented with the president’s letter. She said removing that letter could comprise the fresh food.

“The last thing we want to do is have a bunch of food expire simply because we’re trying to remove a letter from the president,” Evans said. “Removing the letter would require us to take the food out of the coolers and into our warehouse space that is jampacked full of food.”

Despite what might be a letter some do or do not want to receive, it’s the food that is benefitting so many community members and their families.

“It’s really hard seeing your kids suffering without eating,” Magdelys Gonzalez. “I’ve been off of work for two months now.”

“To provide something to the kids at this time is very hard,” Gonzalez said.

“The need is astronomical,” Evans said. “We’re serving more than a quarter of one million people a month. That’s a ton of people.”

Harry Chapin Food Bank said the letter in those boxes of food is a tough situation. The food bank’s senior leadership even talked about putting its own letter in the food boxes, but they decided that would take up just as much time as removing the letter.

Ultimately, helping people put food on the table is the priority for Harry Chapin Food Bank.

“We are an a-political organization,” Evans said. “Allowing these letters to remain in the box has nothing to do with an endorsement or a non-endorsement of any type of political candidate that’s running for office.”

See the letter from the president 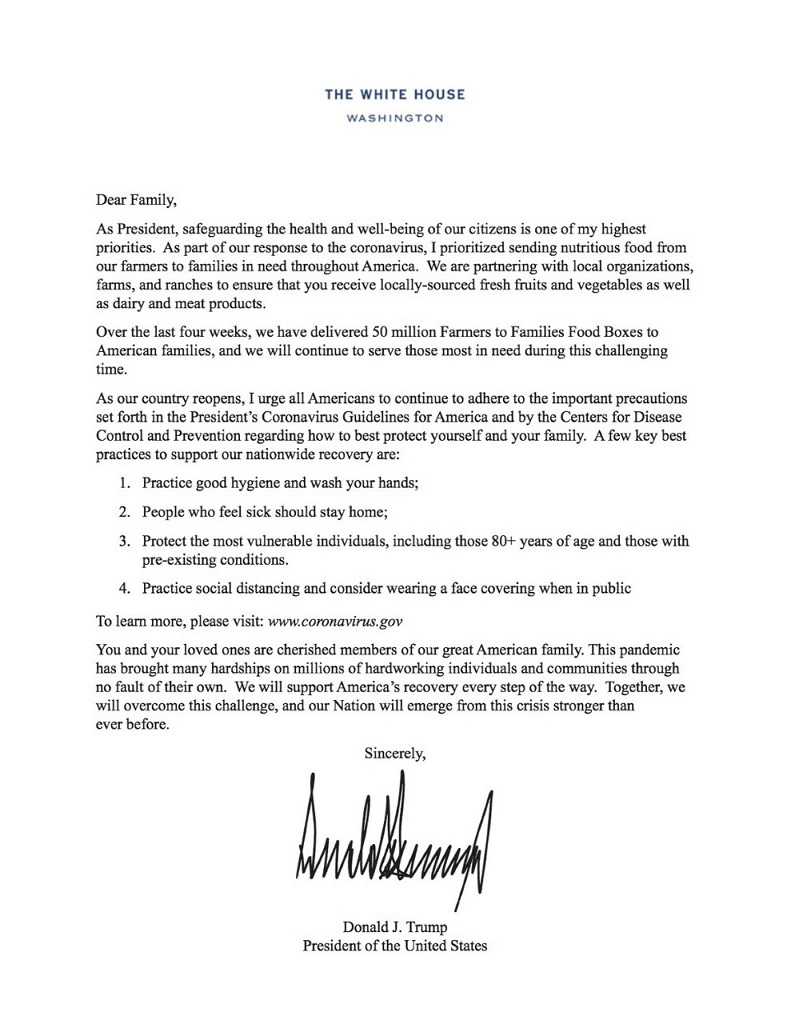 Food distributions in SWFL for the week of Sept. 27

Food distributions in SWFL for the week of Sept. 13