Gamma slowly moving in the southern Gulf of Mexico; Tropical Depression 26 forms in the Caribbean

As of 11 p.m. Sunday, Tropical Storm Gamma is slowly moving in the southern Gulf of Mexico. This system has maximum sustained winds of 60 mph and is currently moving east at 2 mph.

Gamma made landfall on the Yucatan Peninsula Saturday afternoon, and is expected to slowly move in the southern Gulf of Mexico early next week. After that, Gamma will push north by Thursday afternoon. Gamma is not a threat to the WINK viewing area. 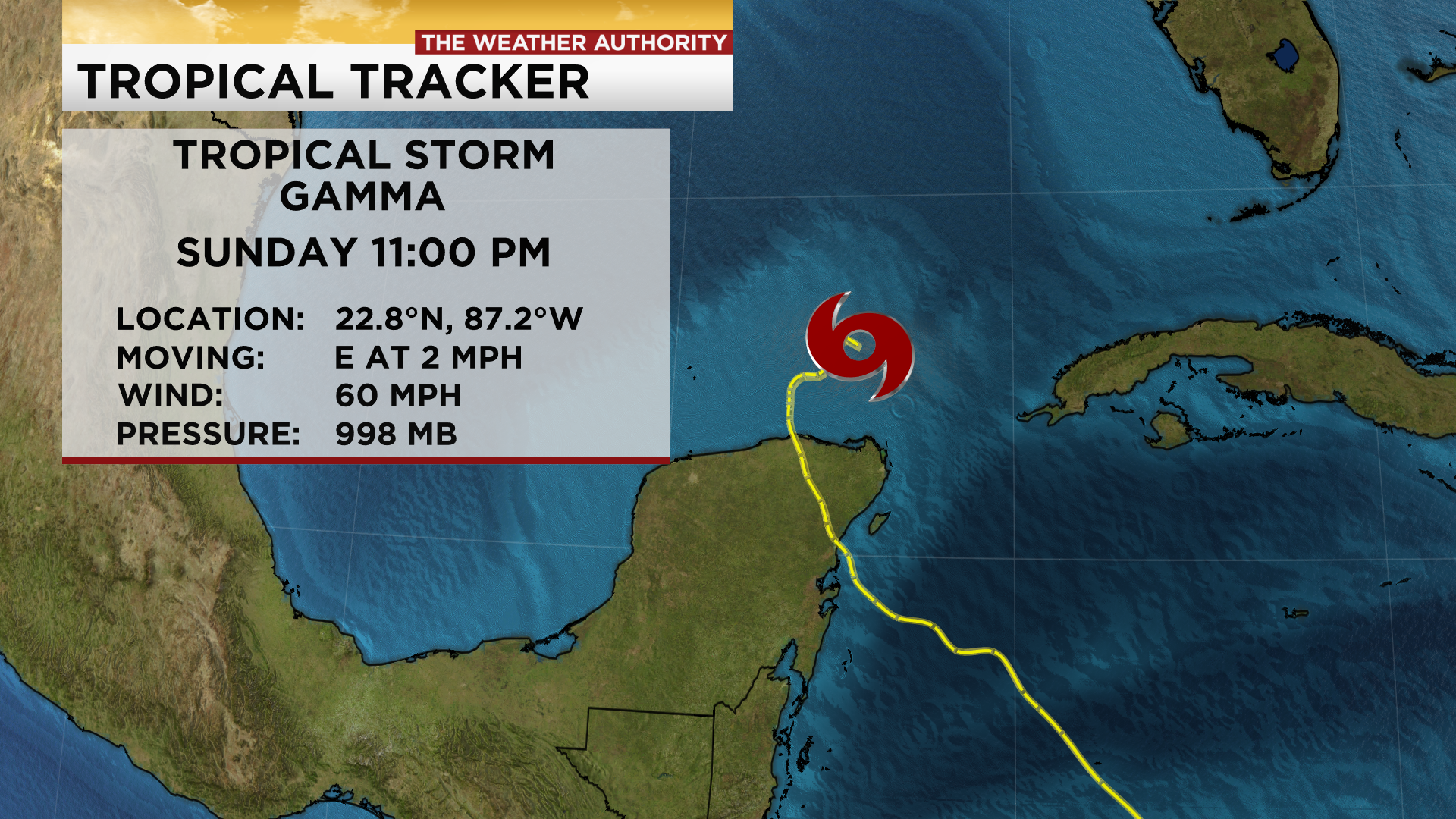 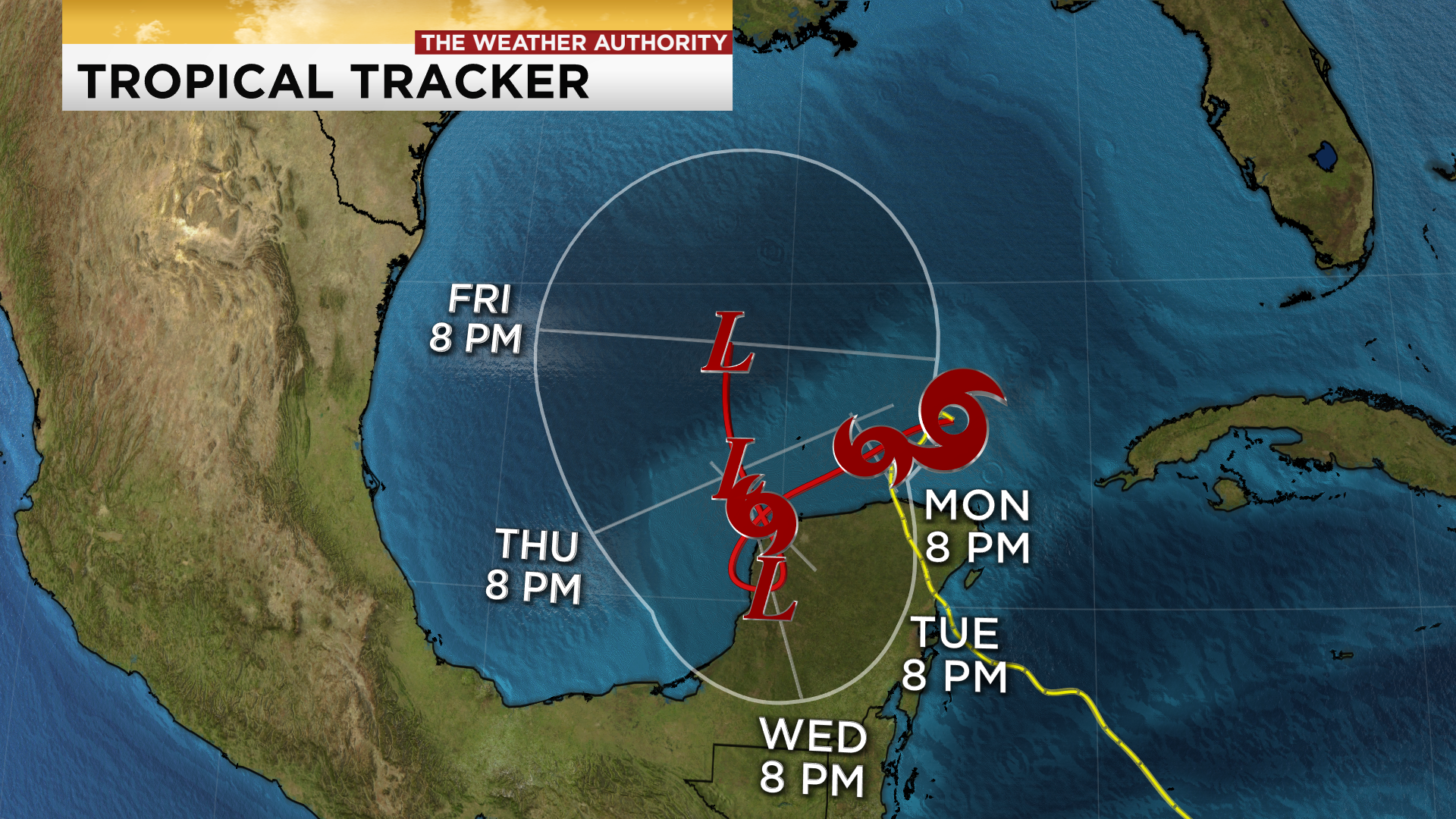 A Tropical Storm Warning is in effect from north of Cancun to Dizlam. 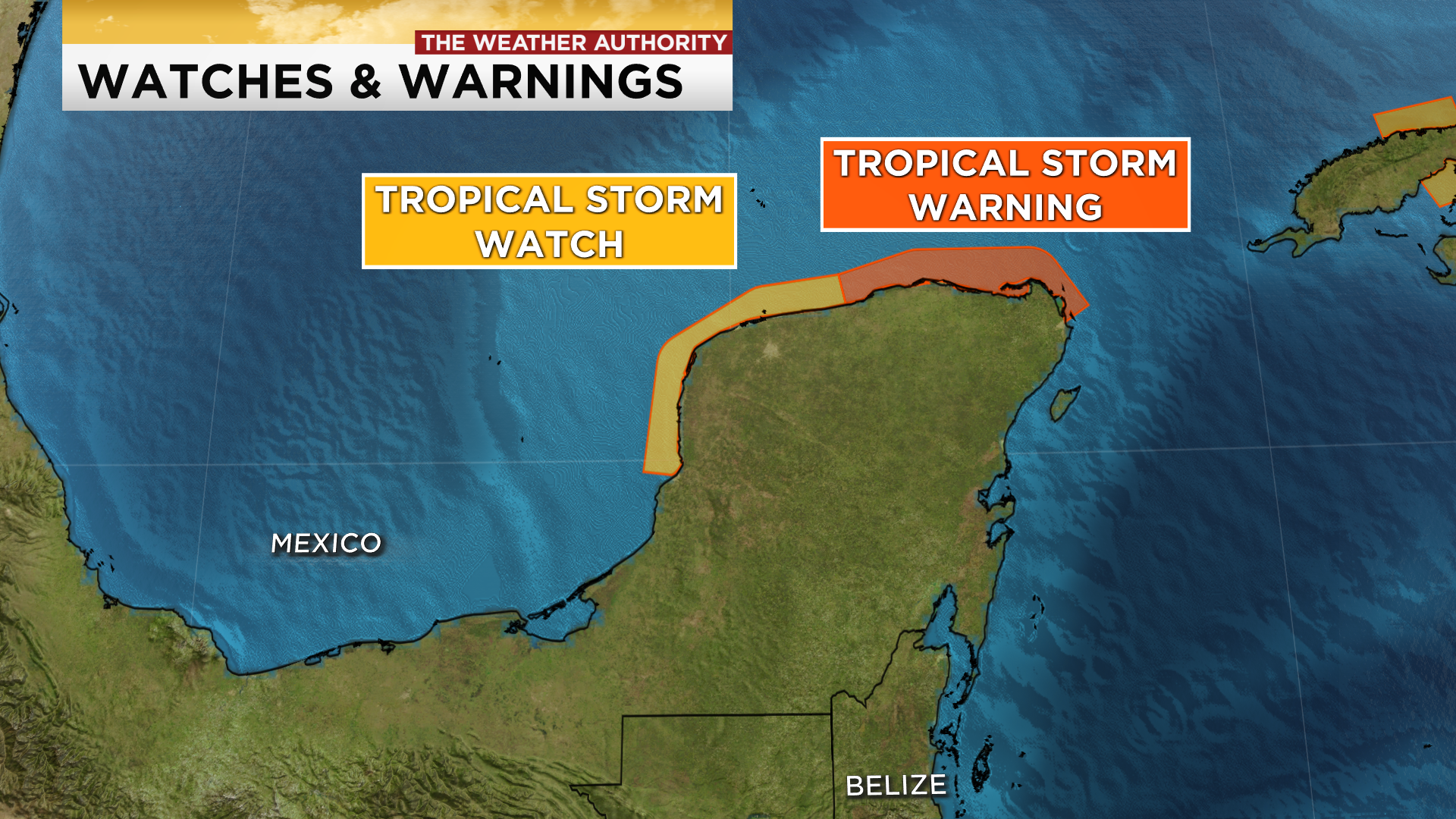 A Tropical Storm Watch is in effect from west of Dzilam to Campeche. 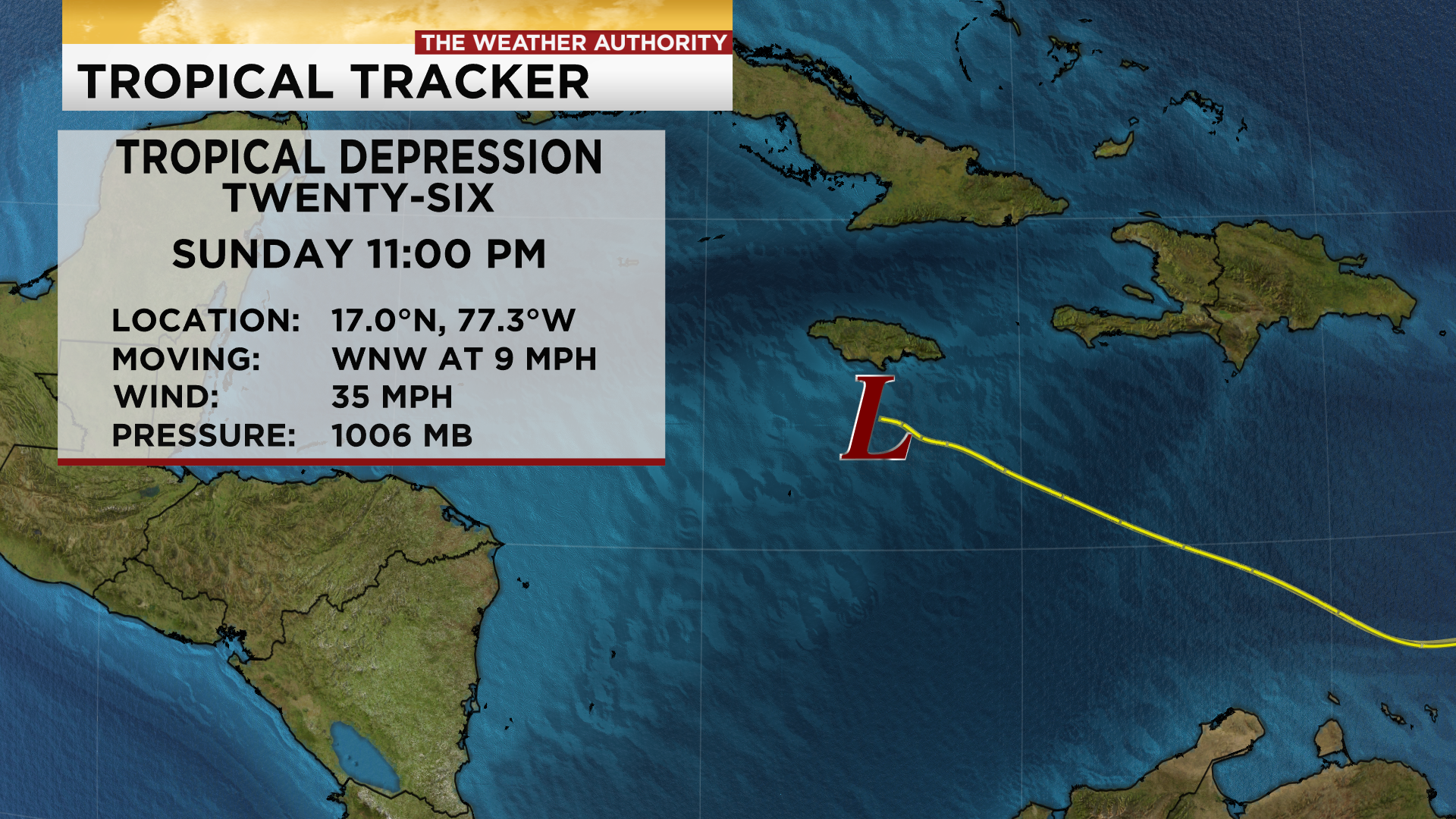 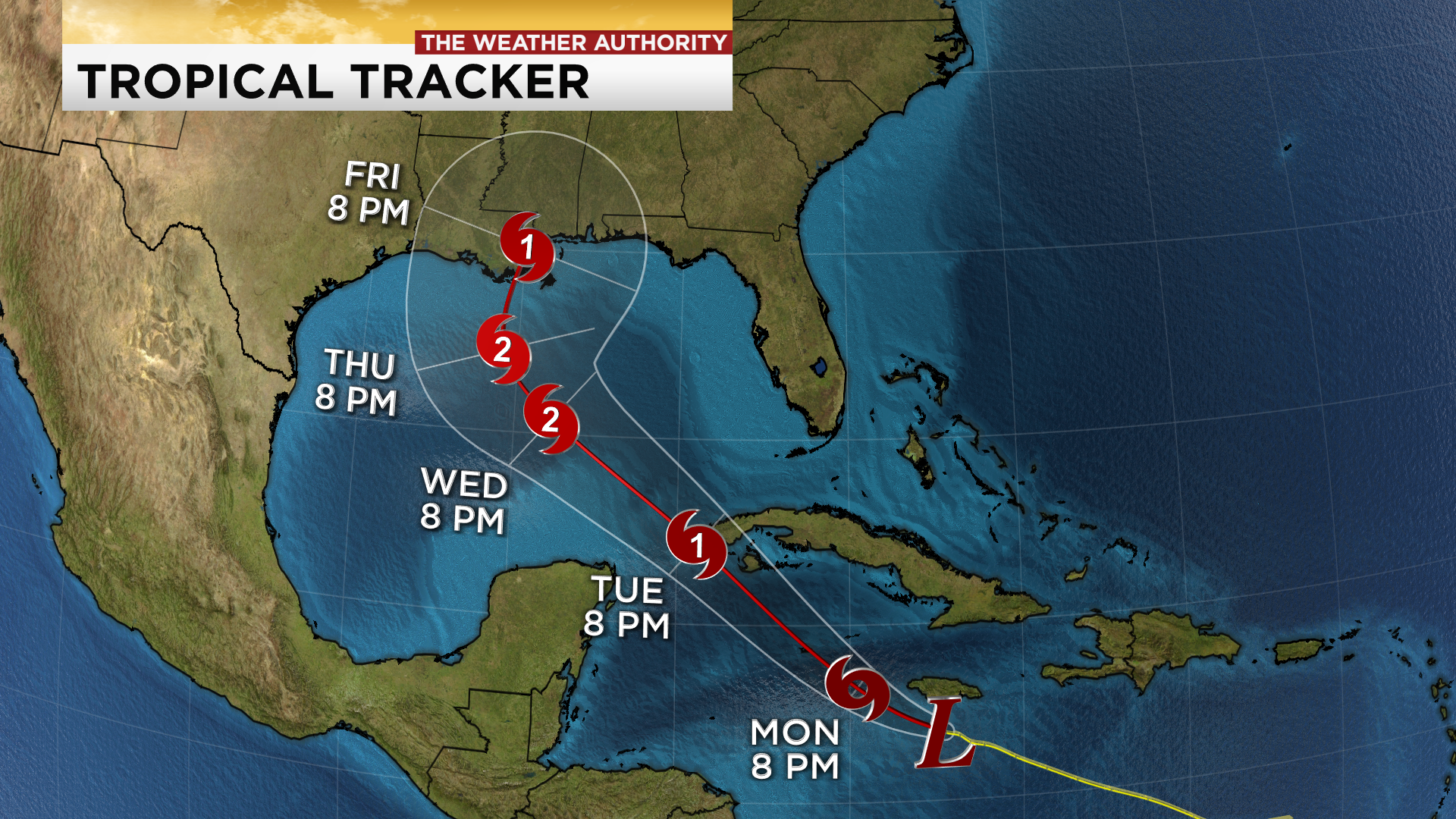 Right on the heels of Gamma, Tropical Depression 26 has formed. This disturbance is expected to move west/northwest over the next few days, and a hurricane is likely to form by early next week. The next name on the list is Delta. The forecast cone puts it in the Gulf of Mexico next week. We’ll closely monitor this situation!

As for your Sunday, periods of showers and storms & lots of clouds are expected across southwest Florida thanks to a stalled boundary across the area. Otherwise, expect highs in the low to mid-80s and lows in the 70s tonight! 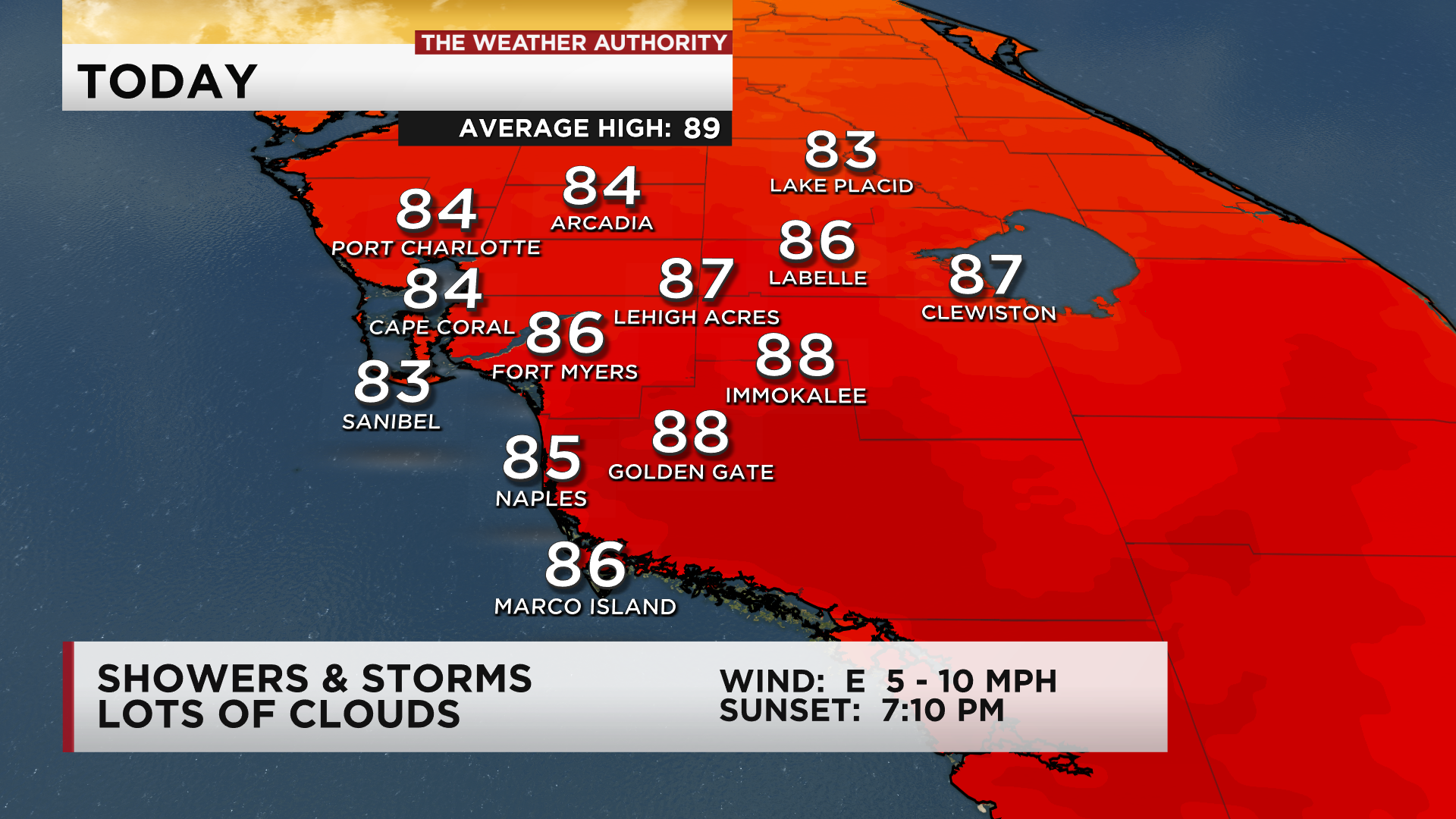