As of 11 p.m. Saturday, Tropical Storm Gamma is moving inland over the northwest Yucatan Peninsula. This system has maximum sustained winds of 60 mph and is moving toward the northwest at 7 mph.

Gamma made landfall on the Yucatan Peninsula this afternoon, and is expected to emerge in the southern Gulf of Mexico early next week. After that, Gamma will push southwest into the Bay of Campeche. Gamma is not a threat to the WINK viewing area. 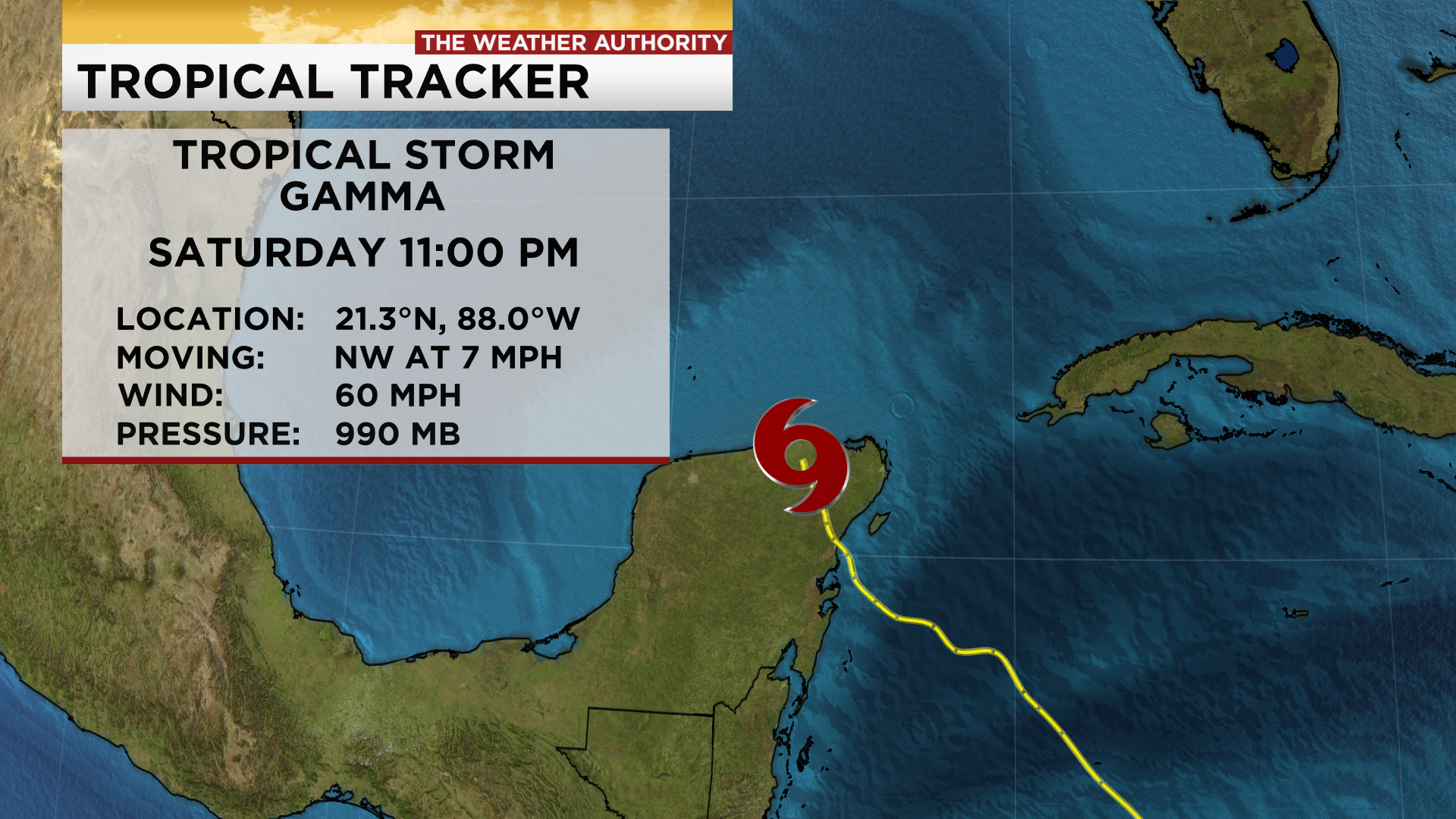 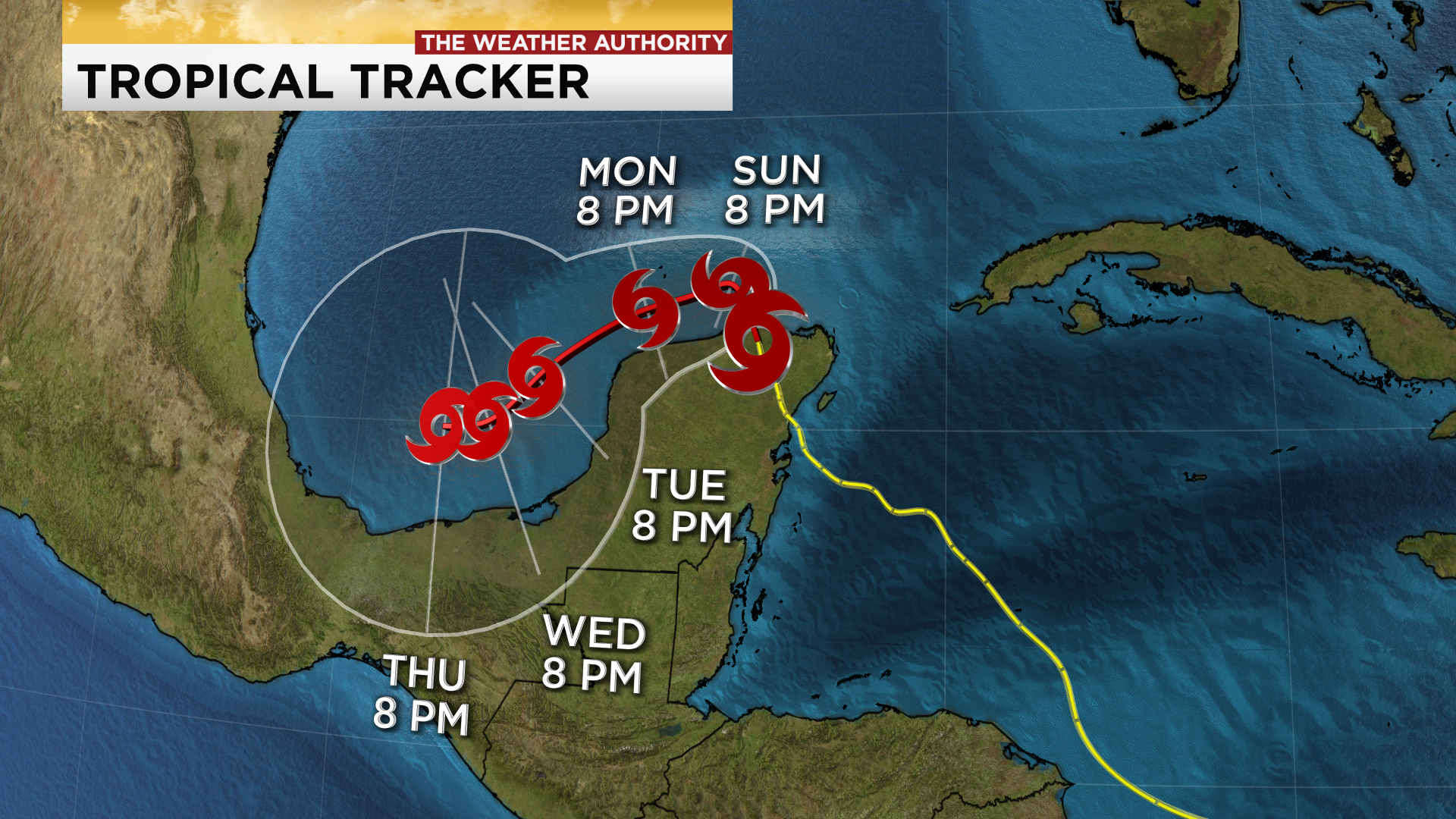 A Tropical Storm Warning is in effect for Punta Herrero to Punta Allen Mexico. 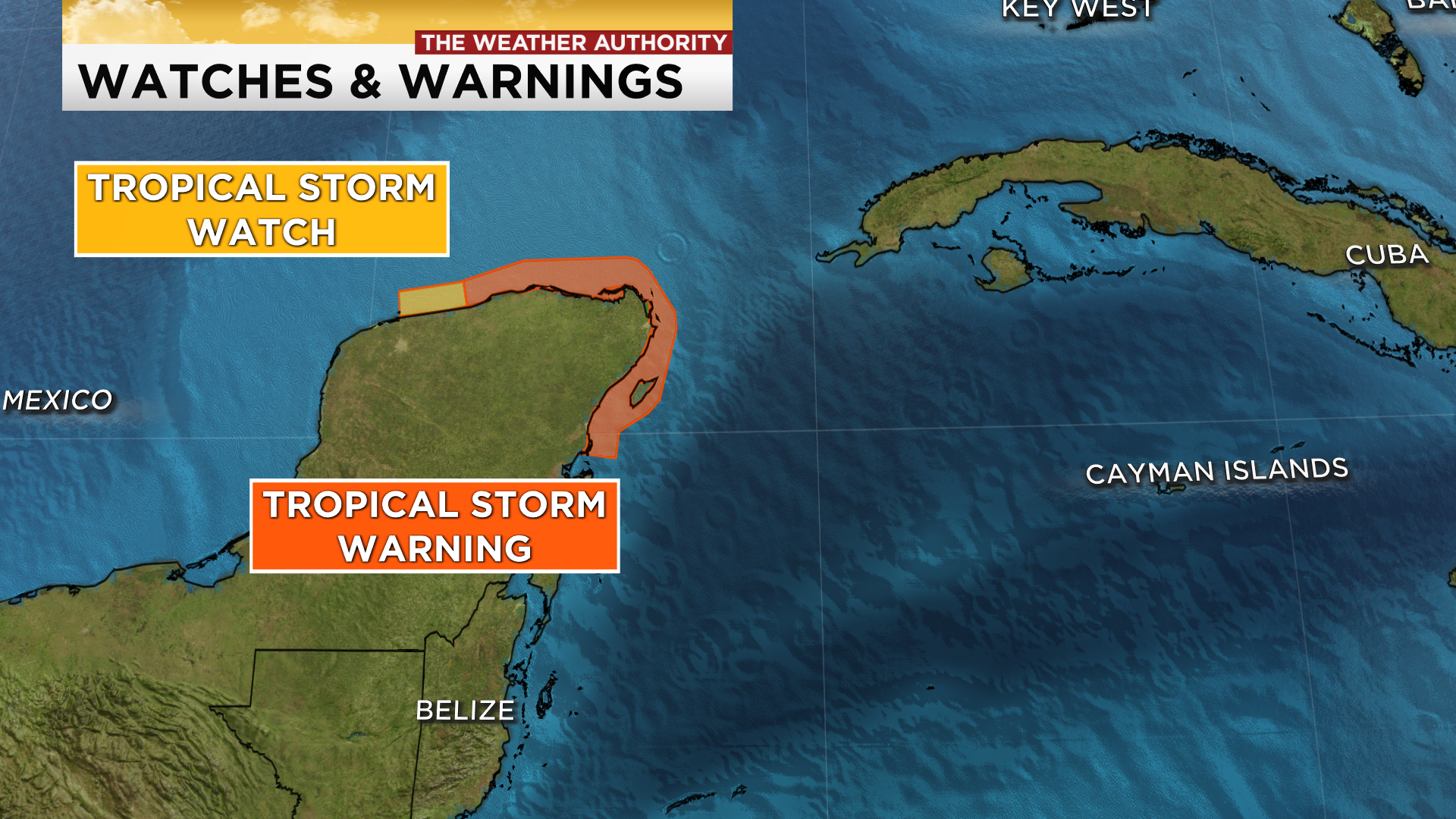 A Tropical Storm Watch is in effect for south of Punta Herrero to Puerto Costa Maya, west of Dzilam to Progresso. 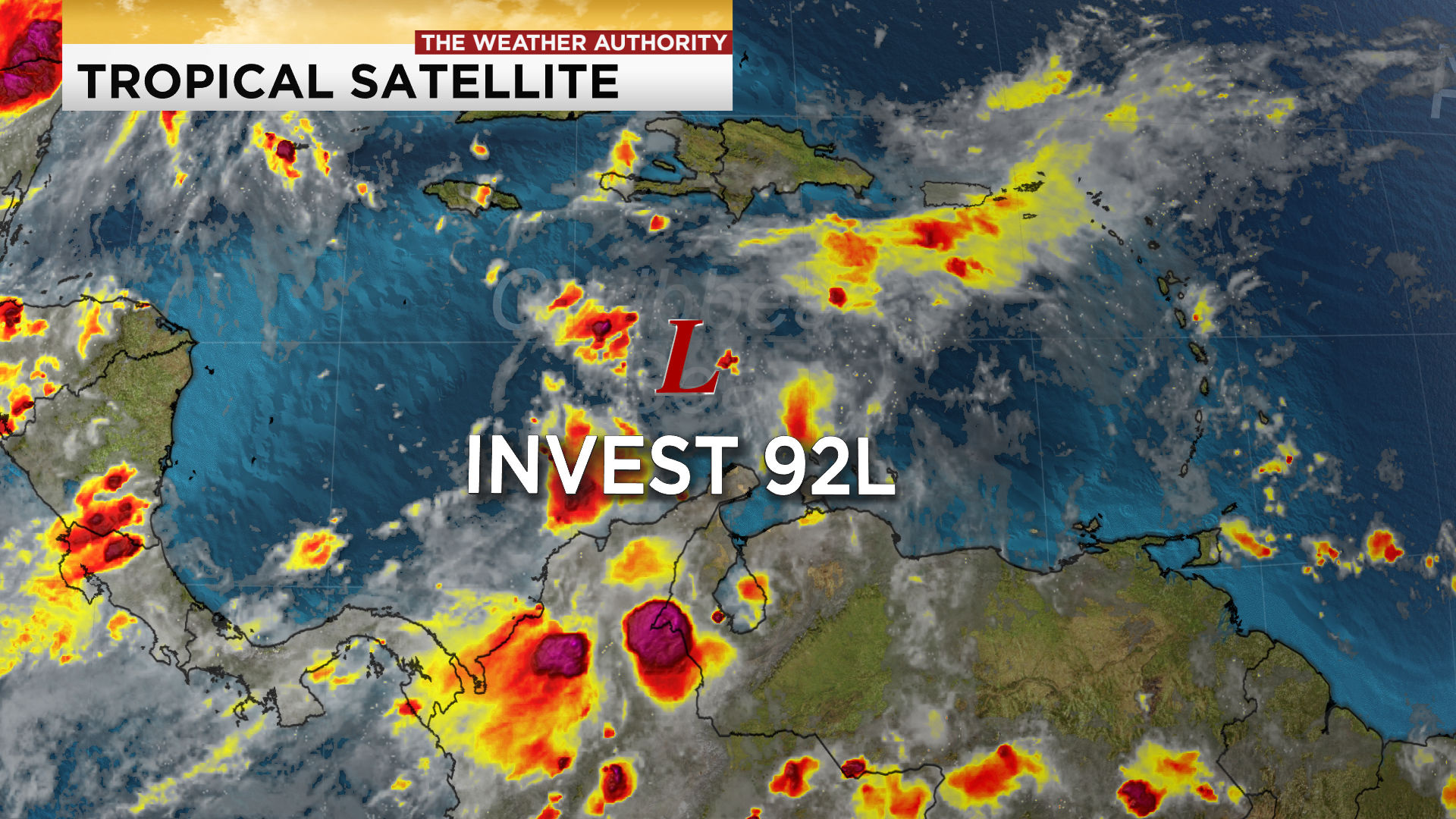 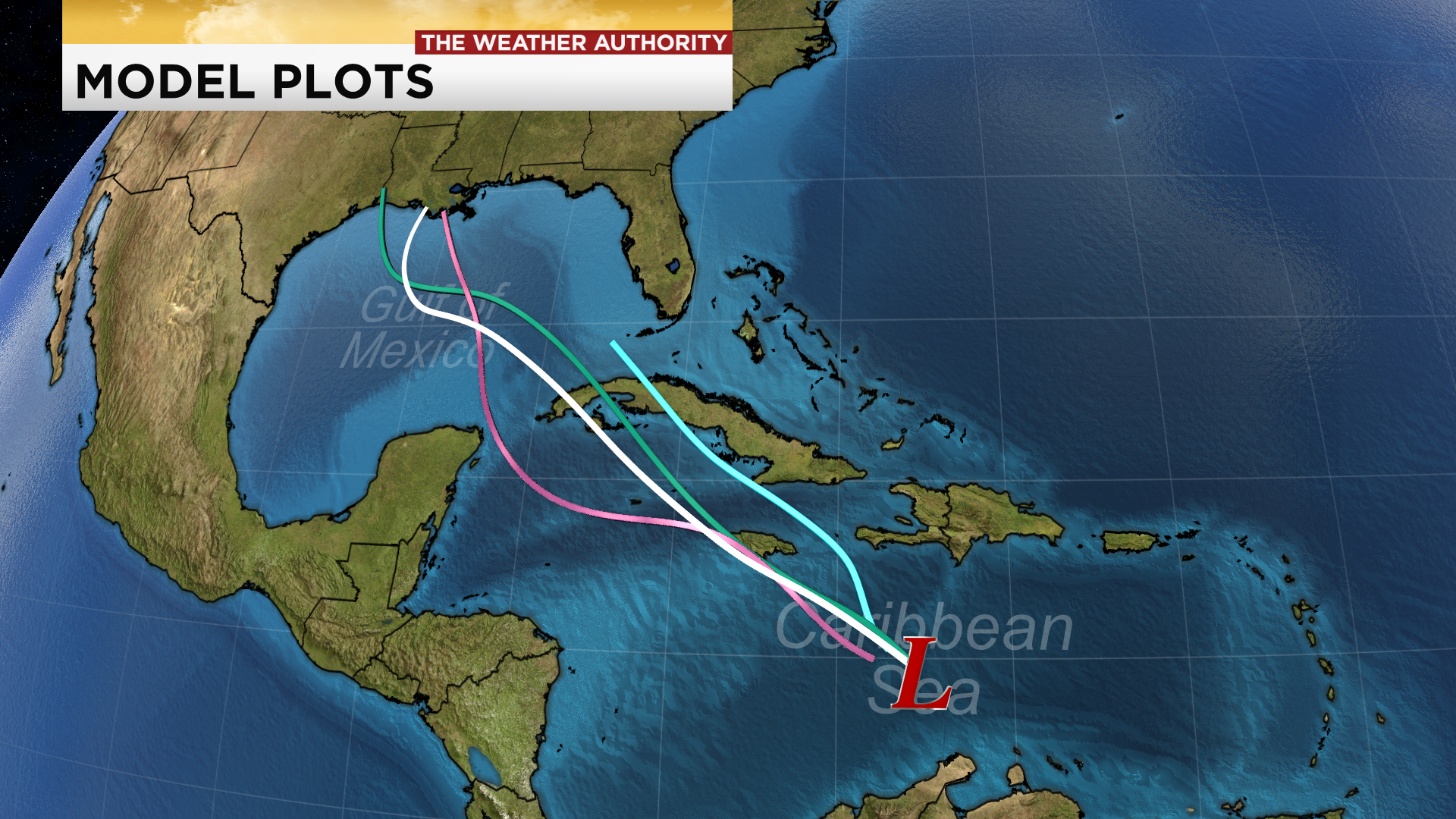 Right on the heels of Gamma, a second tropical wave is moving across the eastern Caribbean Sea producing an area of disorganized showers and storms. This disturbance, titled Invest 92-L, is expected to move slowly west/northwest over the next few days, and conditions are favorable for a tropical depression to form.

Right now, the National Hurricane Center is giving it a 70% chance of development over the next 5 days. Model plots have it moving into the Gulf Of Mexico within the next 7 days. We’ll closely monitor this situation. 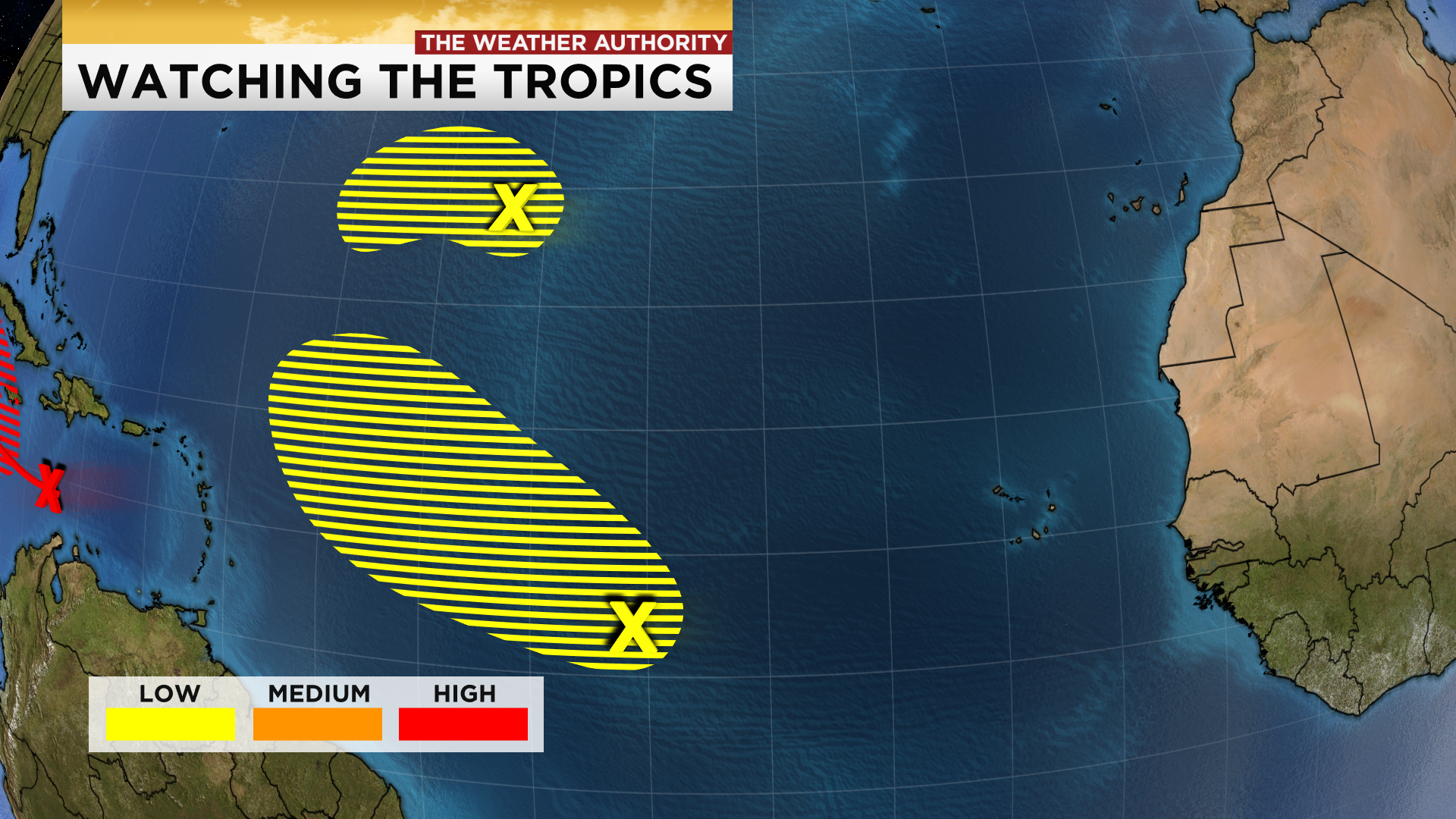 Showers and thunderstorms have increased with a tropical wave in the central tropical Atlantic. Conditions are favorable for some slow development, and the National Hurricane Center gives this wave a low 20% of development over the next 5 days.

Another area of disturbed weather about 1000 miles east of Bermuda is producing disorganized showers & storms. Some slow development is possible over the next several days, however, wind shear will become unfavorable by midweek next week. National Hurricane Center gives this a low 10% chance of development.

As for your weekend, scattered showers and storms & lots of clouds are expected across southwest Florida this weekend thanks to a stalled front across the area. While Saturday will be cloudy for the most part, expect a few more sunny breaks on Sunday as the stalled front begins to lift northward. Otherwise, expect highs in the low to mid-80s and lows in the 70s! 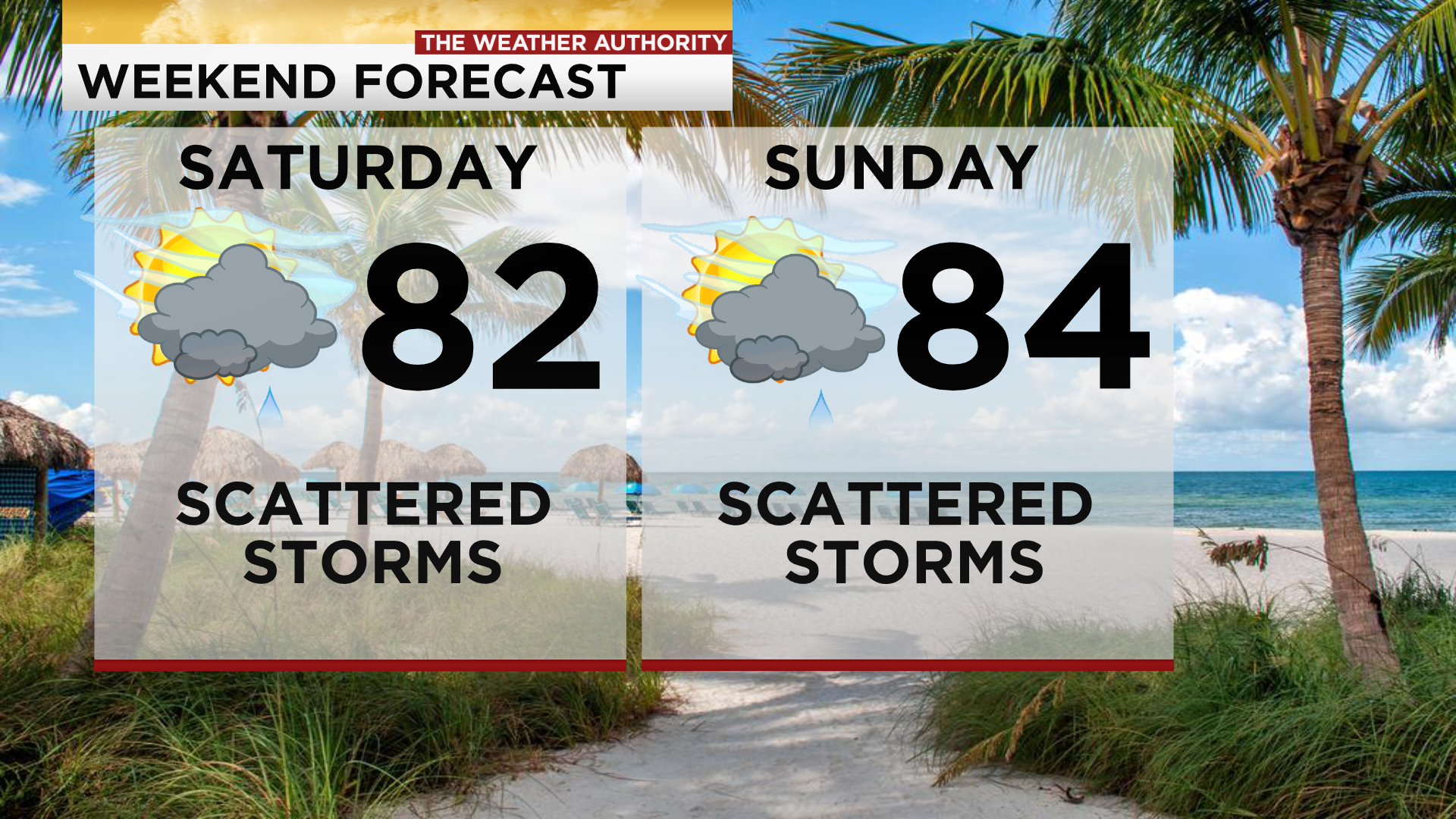