As of 11 p.m. Friday, Tropical Storm Gamma is in the northwestern Caribbean. This system has maximum sustained winds of 40 mph and is moving toward the northwest at 9 mph.

Gamma is expected to meander toward the Yucatan Peninsula by the weekend. 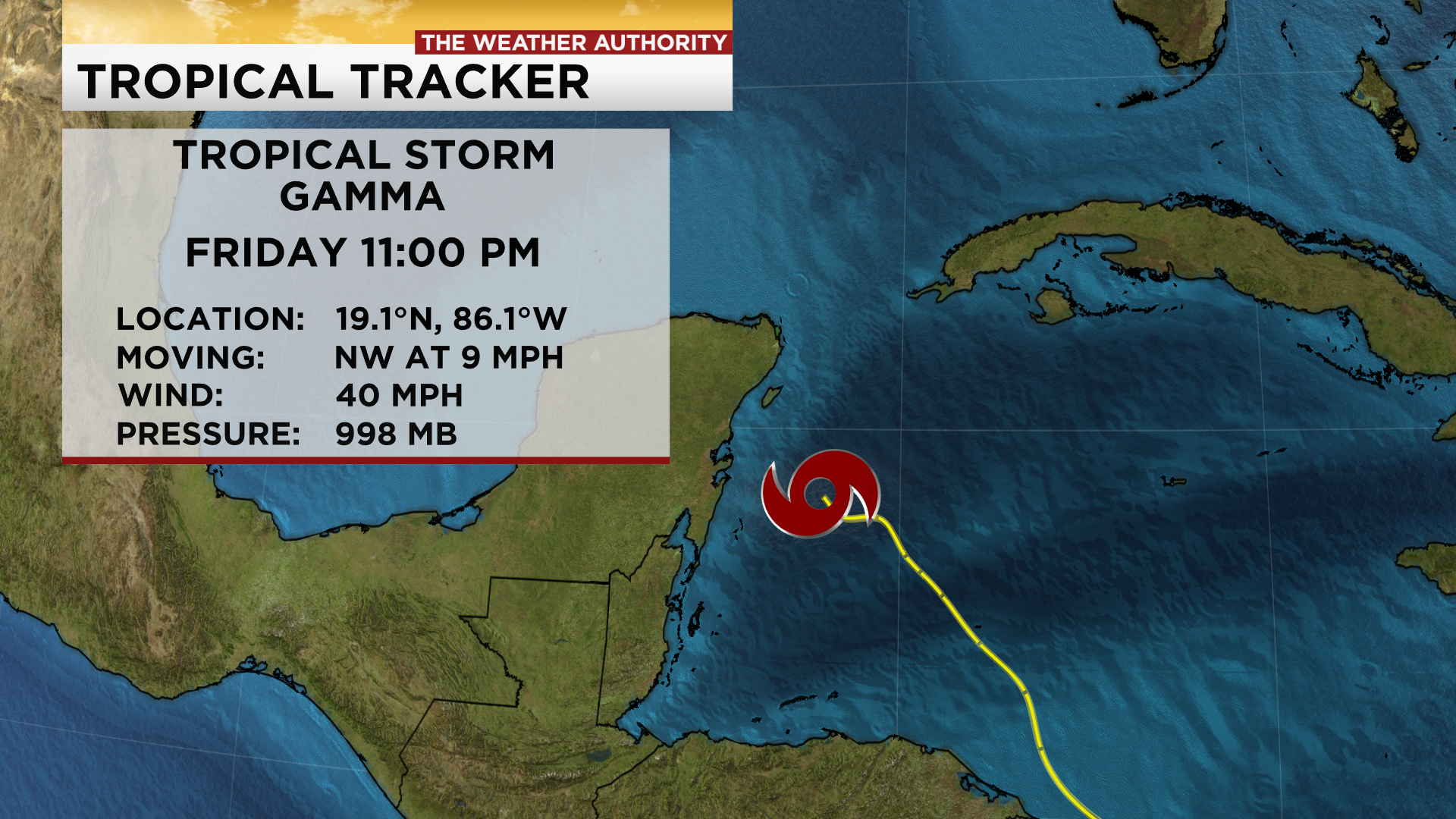 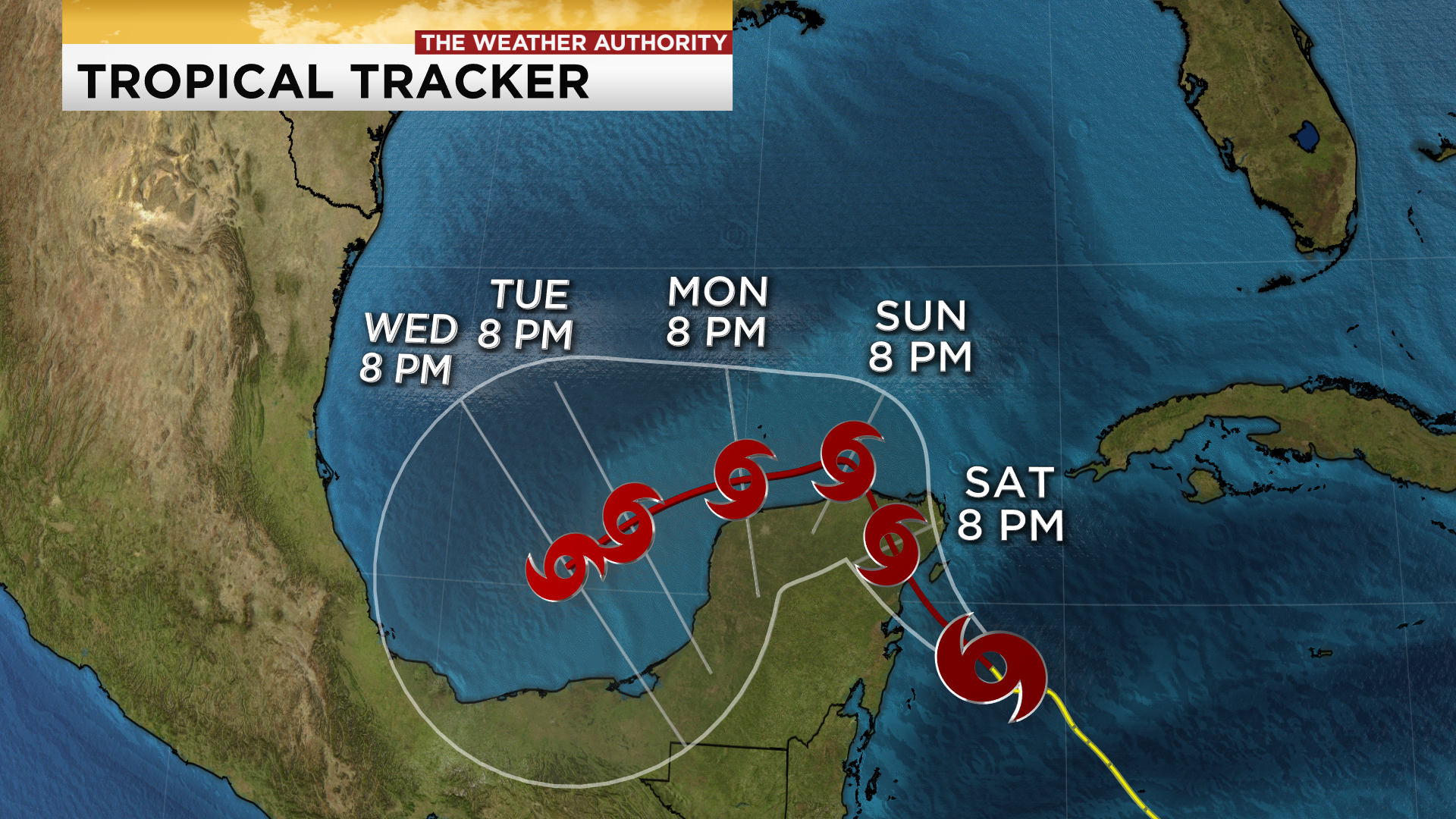 A Tropical Storm Warning is in effect for Punta Herrero to Cabo Catoche. 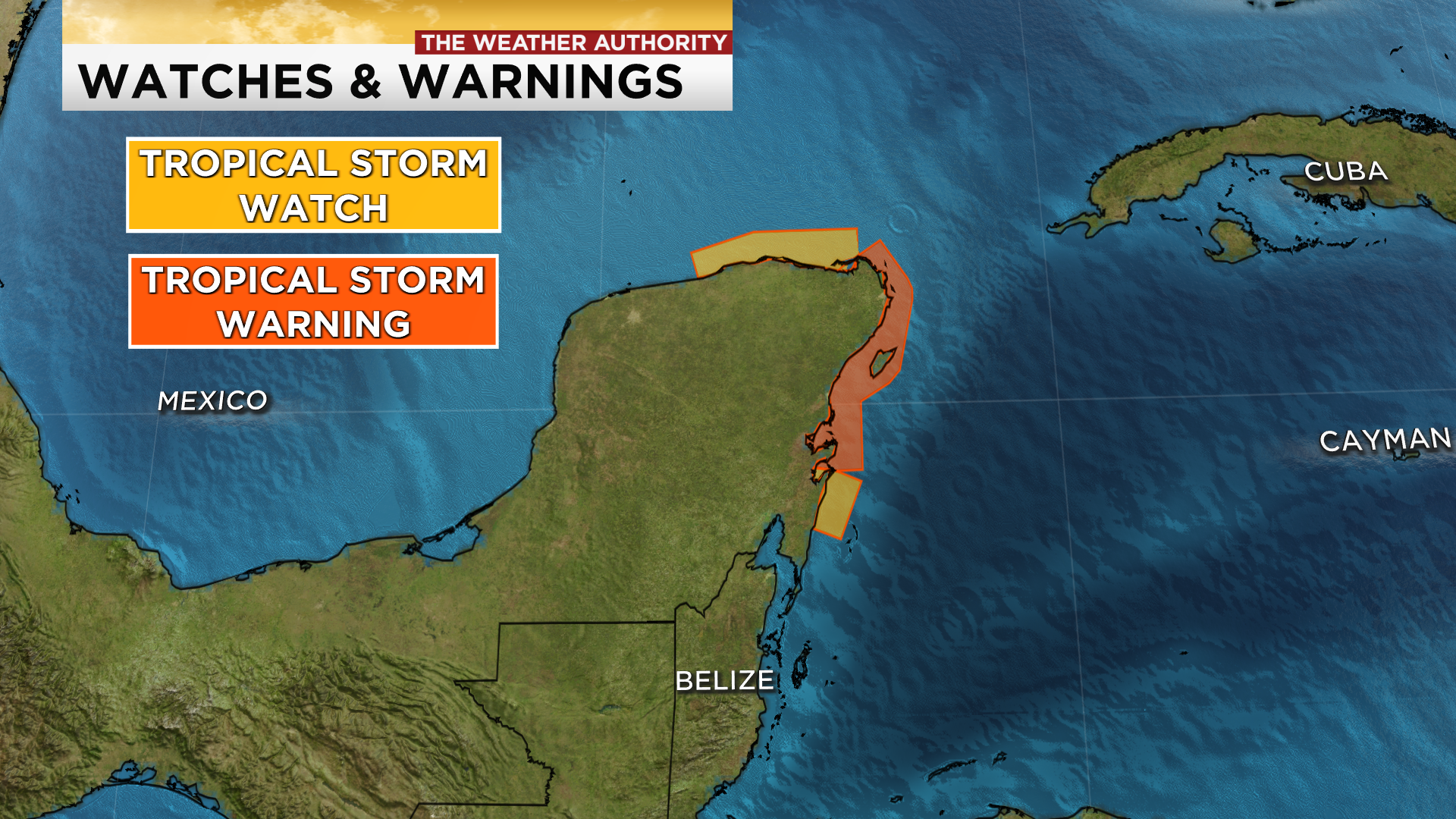 A Tropical Storm Watch is in effect for south of Punta Herrero to Puerto Costa Maya, west of Cabo Catoche to Dzilam. 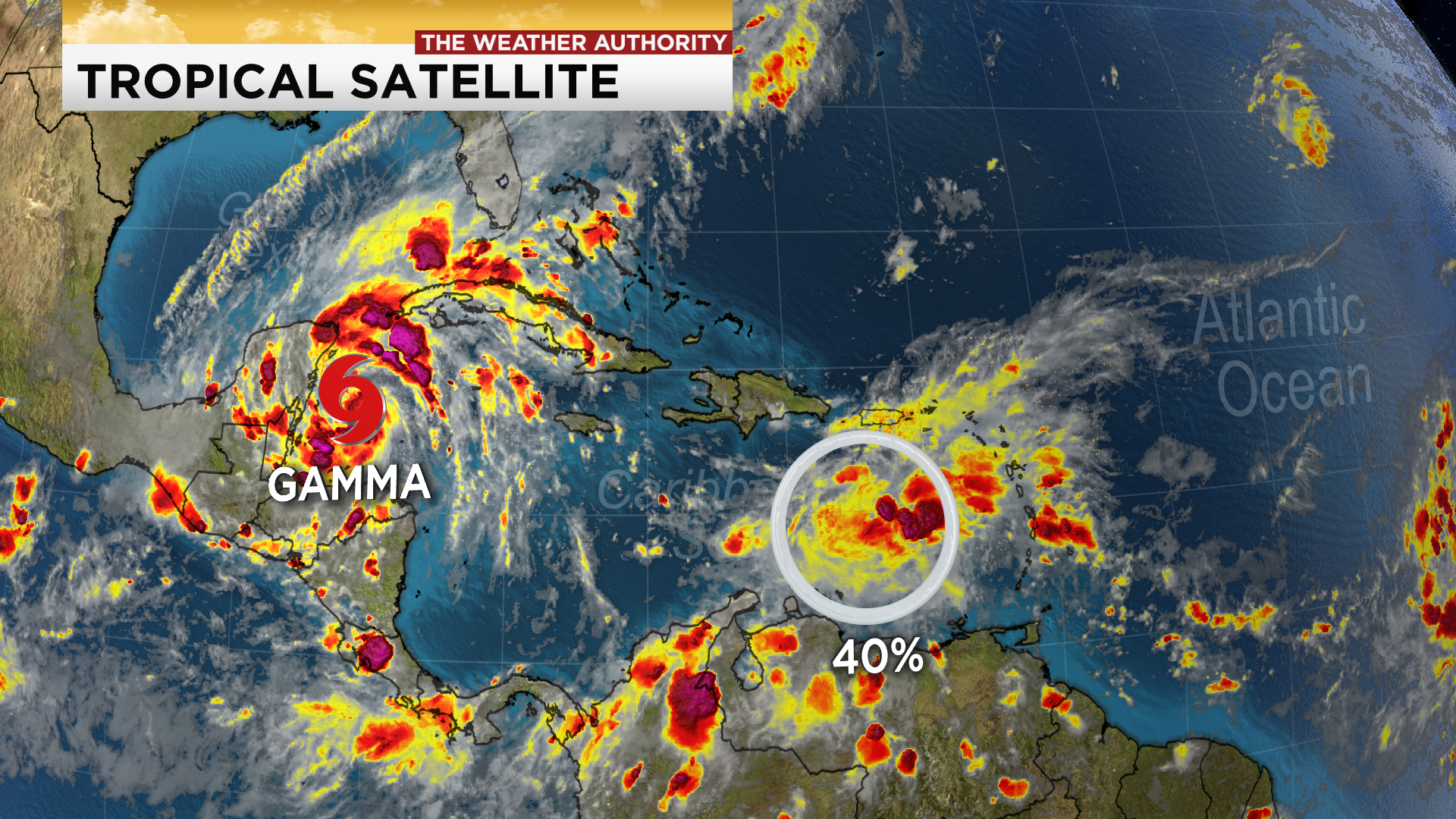 A second tropical wave is moving across the eastern Caribbean Sea producing an area of disorganized showers and storms. This disturbance is expected to move slowly westward the next few days, and conditions will become marginally favorable for development.

Right now, the National Hurricane Center is giving it a 40% chance of development over the next 2-5 days. 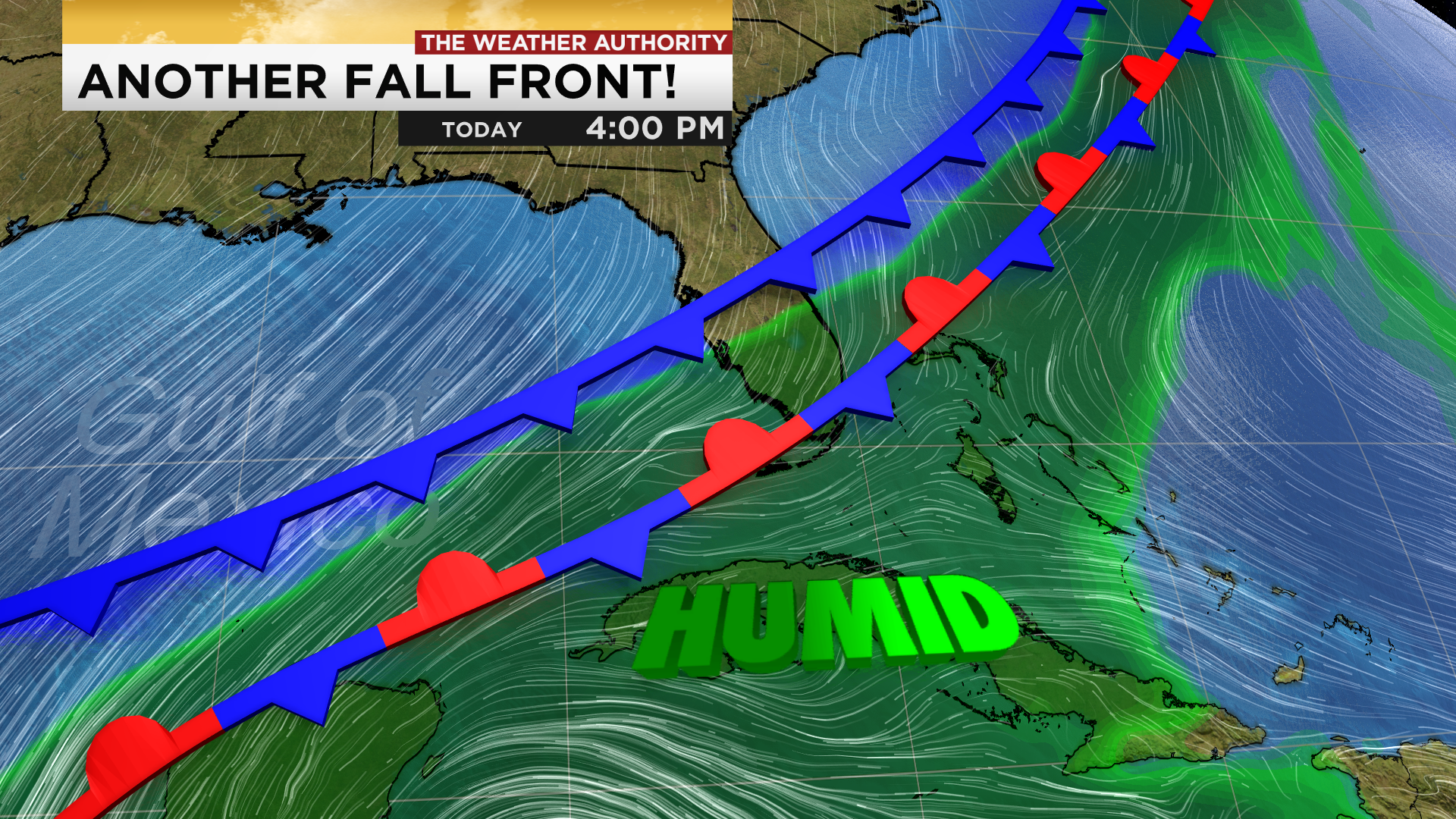 Two fronts are going to battle it out over Southwest Florida this afternoon. We currently have A stalled front across our area, which is sparking up a few showers and lots of cloud cover. However, an approaching cold front is going to try to bring us some relief. 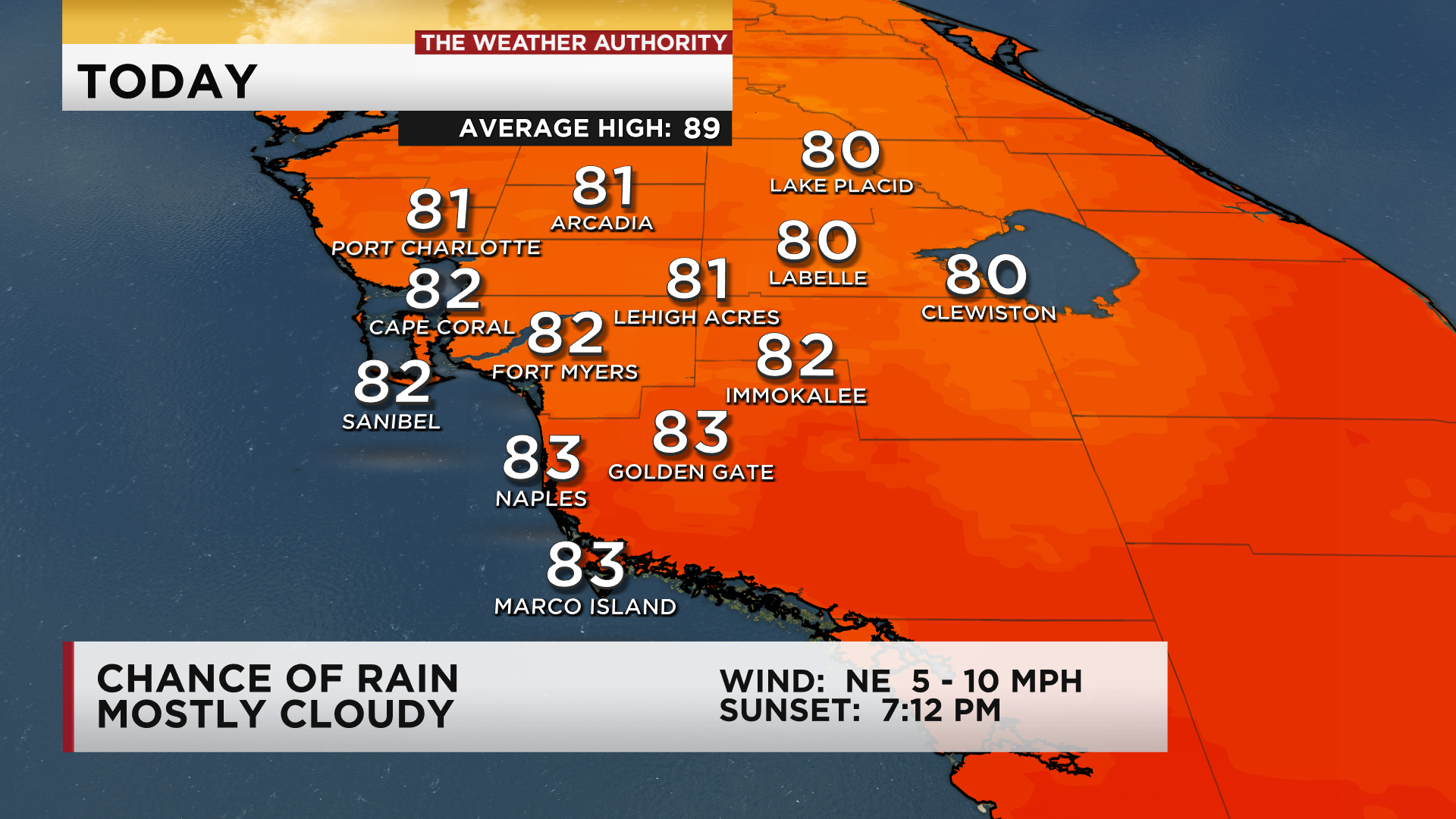 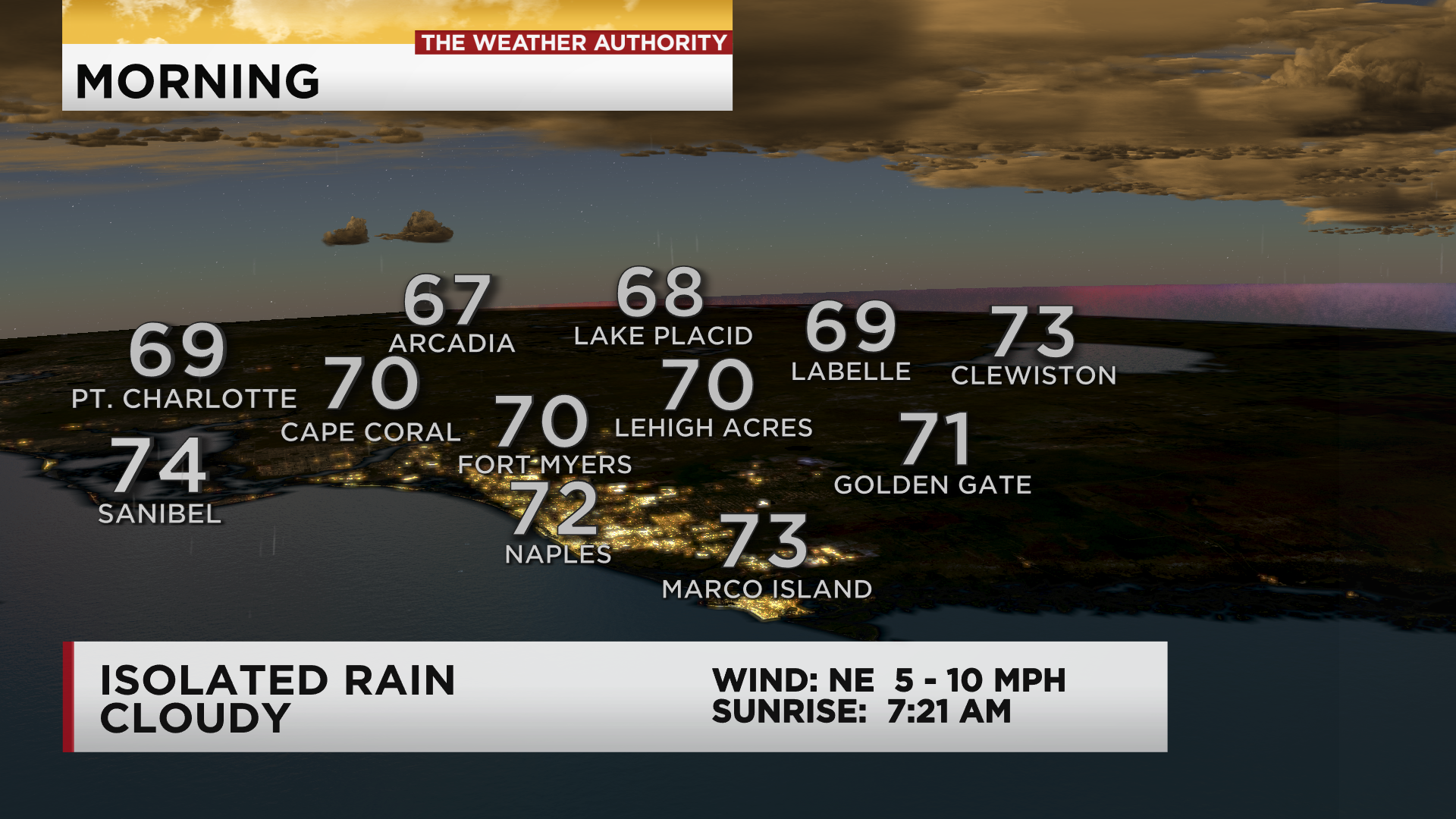 As it approaches Southwest Florida, it’ll bring a small dip in humidity before breaking down as the stalled front wins the war. This will create an afternoon with mostly cloudy skies and temperatures peaking in the low-mid 80s. 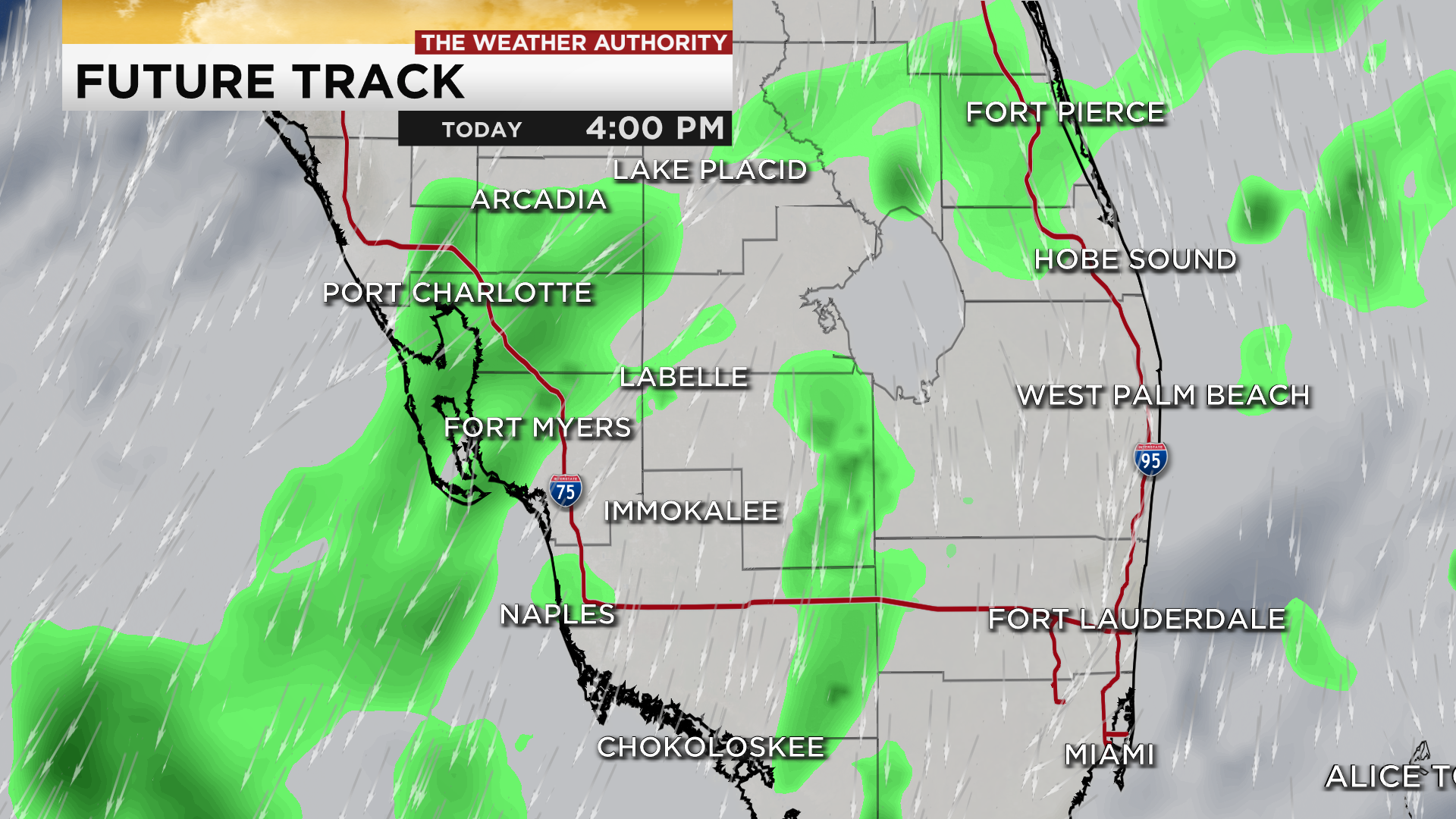 We’ll experience another round of spotty rain as we progress throughout the day, but it won’t be a widespread rain event. Expect slightly cooler temperatures for the start of your weekend before we’re back near 90° by Monday!