Tracking Two Tropical Waves Near and in the Caribbean

As of Wednesday evening, we’re keeping an eye on two tropical waves: one over the central Caribbean, the other a couple hundred miles east of the Lesser Antilles.

The disturbance we have been discussing for a few days has the higher chance of development, at 70%, and is starting to develop in the central Caribbean Sea. This tropical wave is expected to move slowly west-northwestward over the next few days. 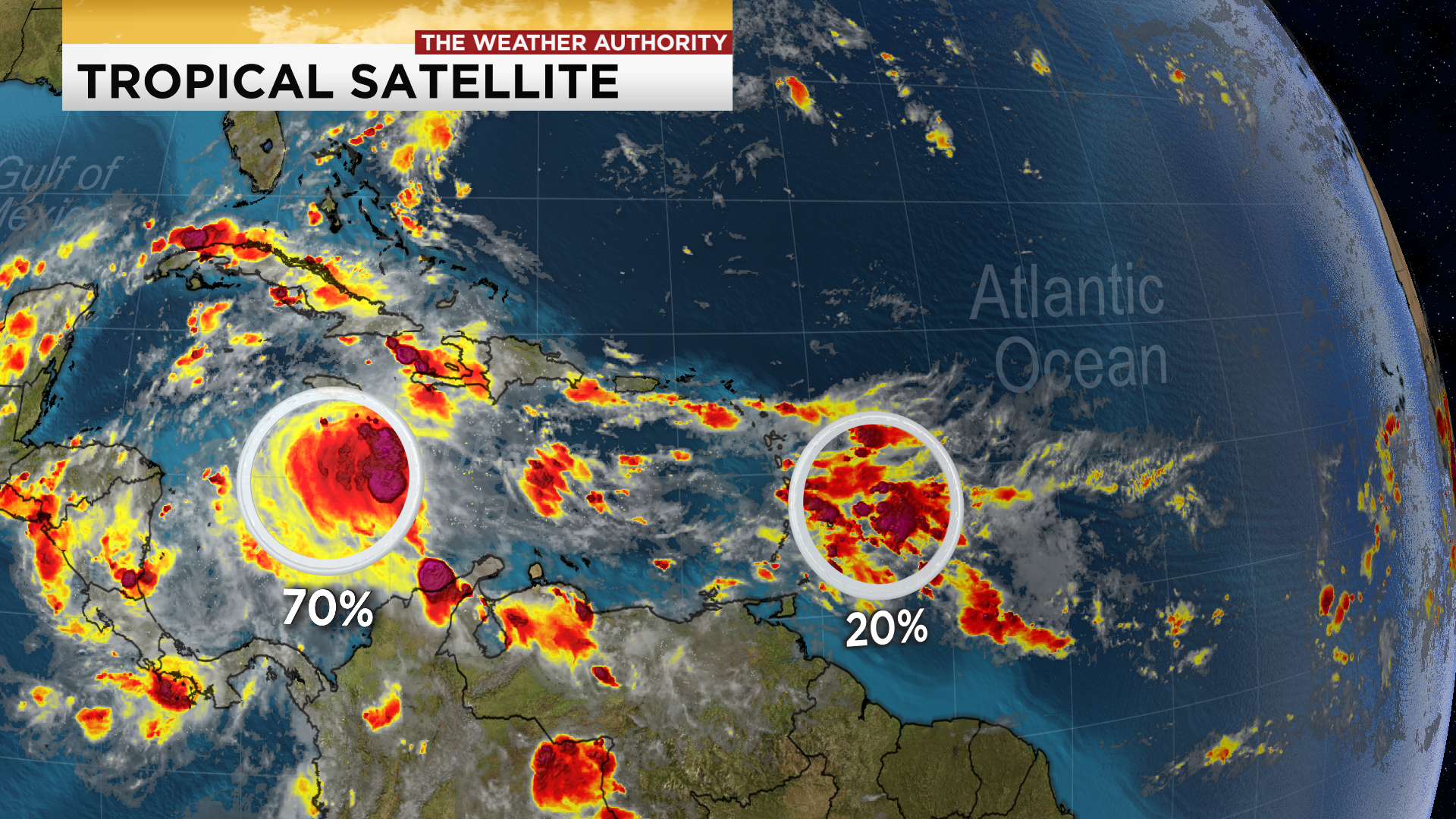 Once it interacts with a front draped across the southern portion of the United States, its potential for development will increase later this week. A tropical depression could form over the weekend as the system approaches the northwestern Caribbean. 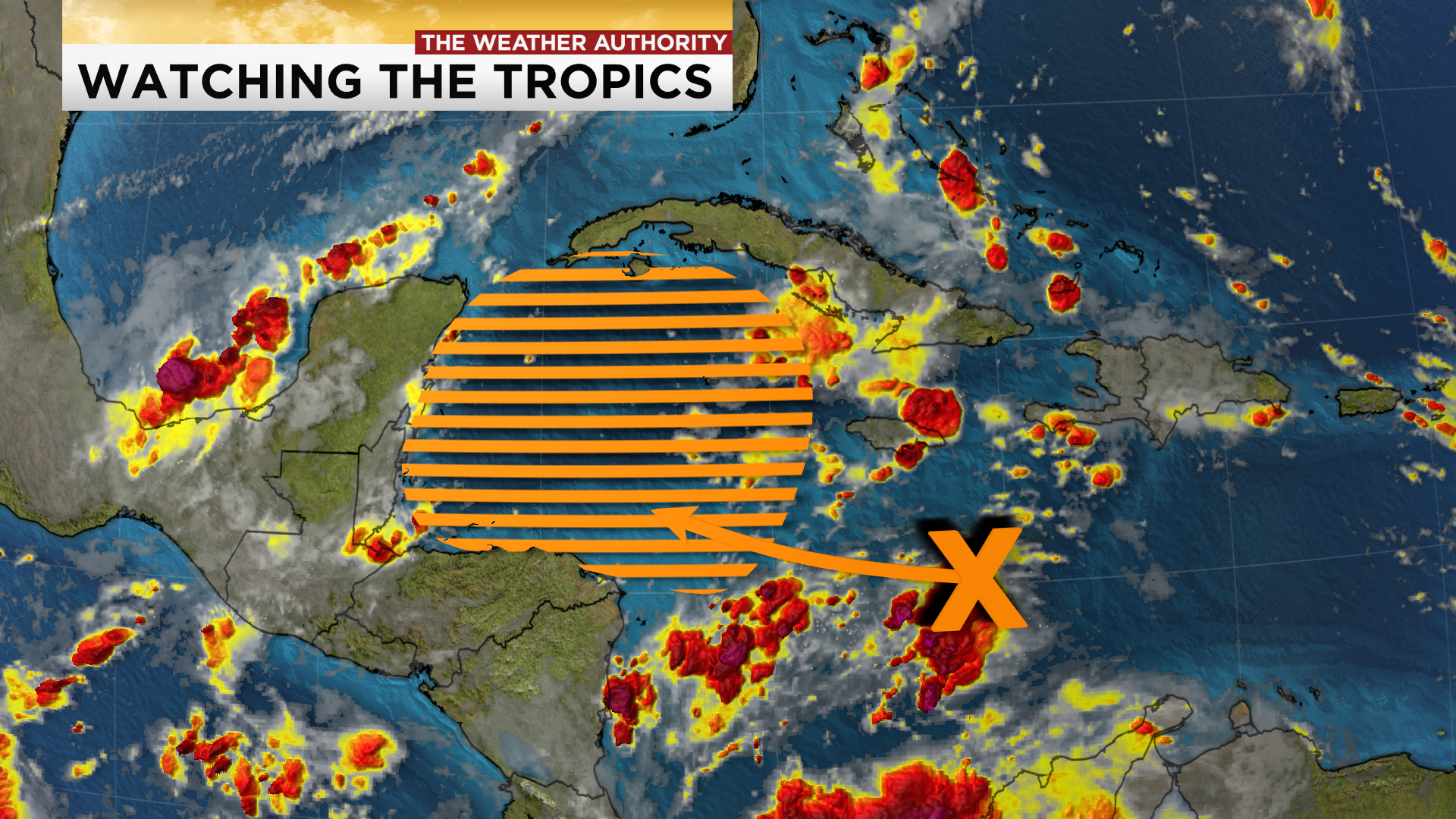 Where it goes after that, there is still a significant model discrepancy in timing and intensity.

Locally, a cold front is in the process of moving through Southwest Florida. Clouds will hang around, especially south of the Caloosahatchee River, where a few showers are possible this evening into the overnight hours. 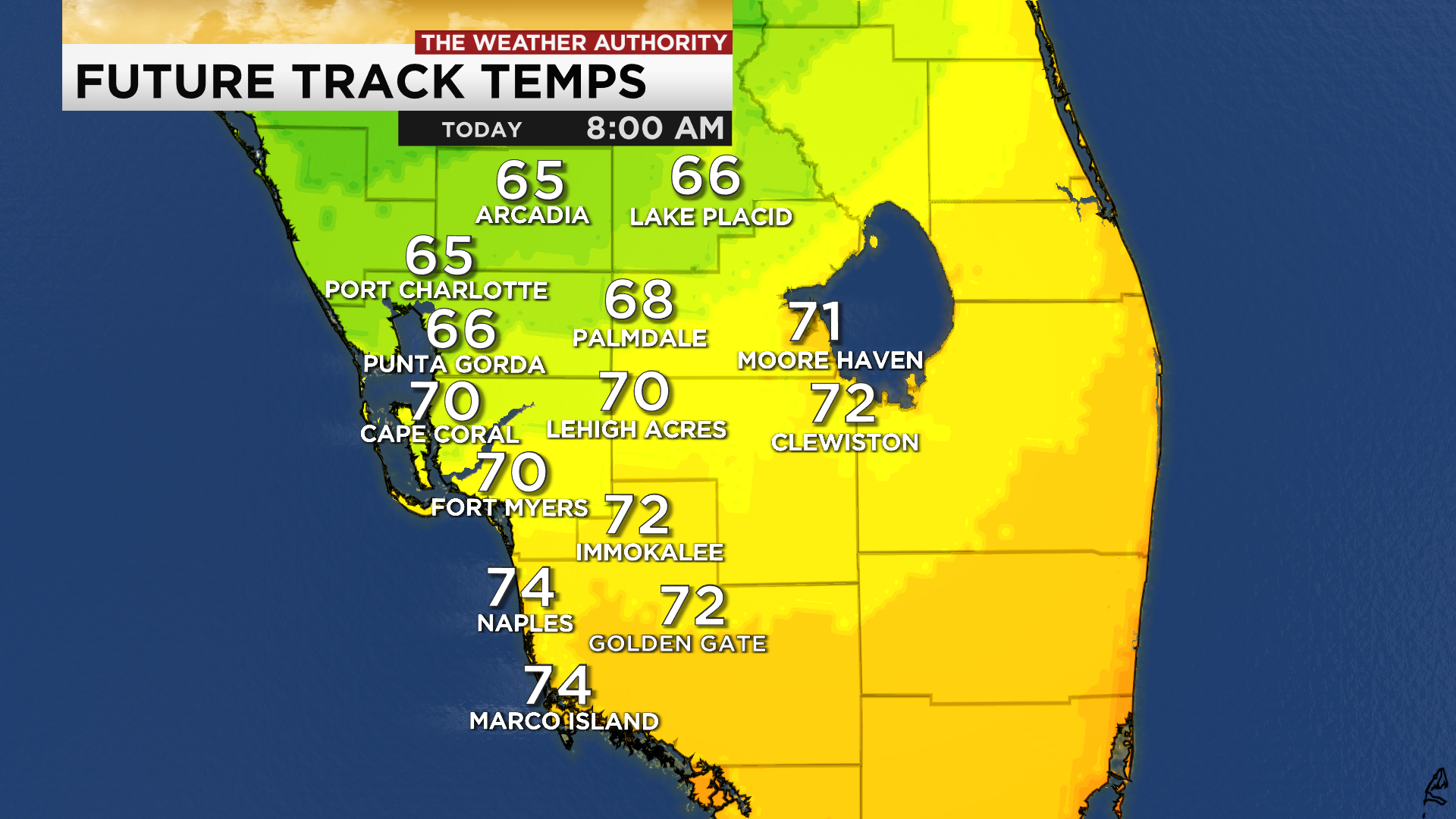 By tomorrow morning, we’ll notice a subtle drop in overnight lows, with temperatures bottoming out in the 60s north, and 70s south. After our first front moves in, all eyes are to the north as a second front is expected to move through our area late this week. This front is expected to drop our dewpoints more notably heading into the weekend. 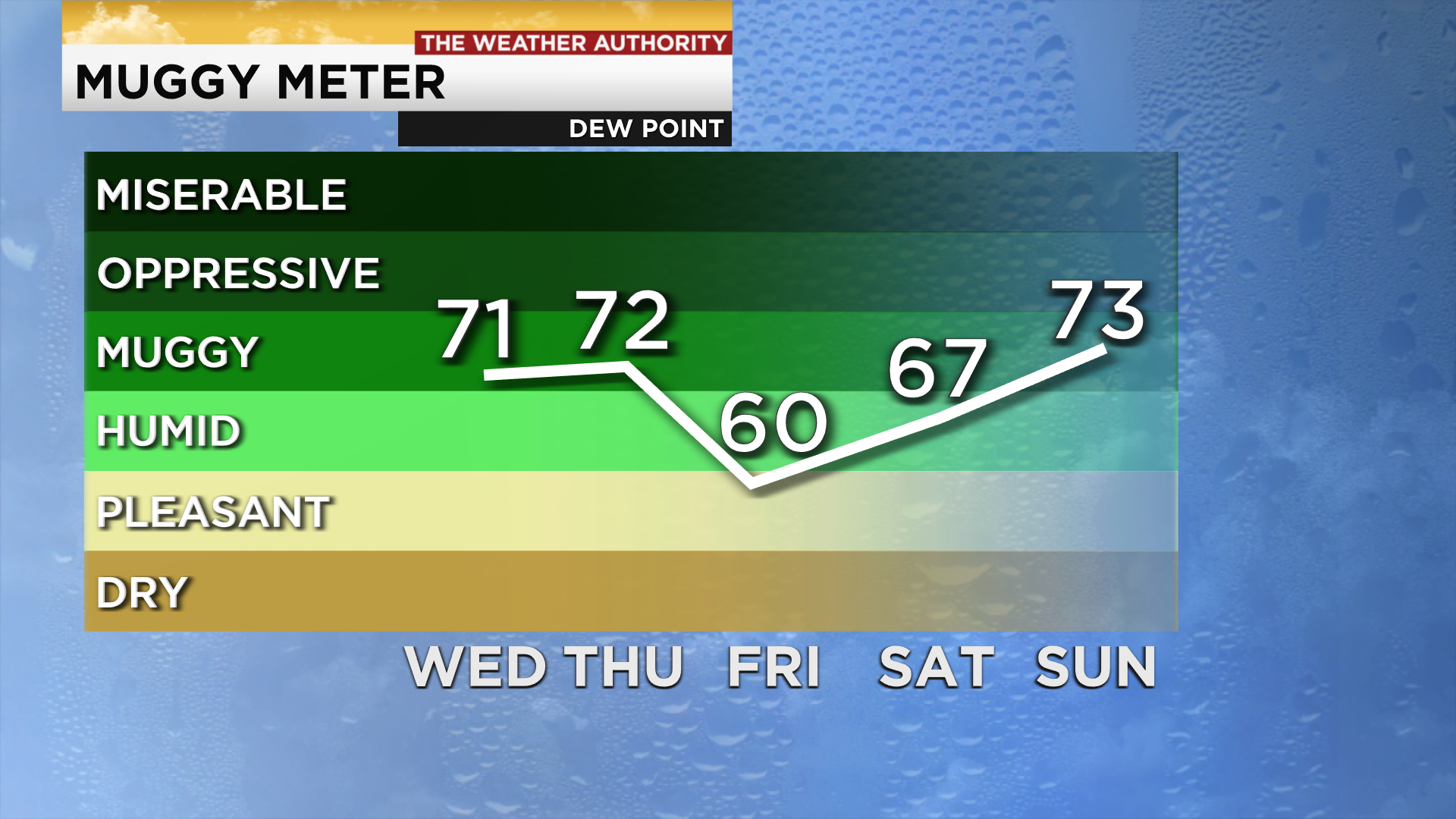