She is accused of breaking into a man’s home while he was out of town, stealing a collection of items, including a television set, laptop and various other belongings.

To add insult to injury, she also stole his Mercedes Benz, which she ditched a few days later in Charlotte County.

A search of local pawn shops turned up a good number of the items, which had all been pawned by Lee for mere pennies on the dollar.

For her role, she spent eight and a half months in the Lee County Jail and was placed on probation. Two months ago, she violated those terms and is now a wanted woman once again.

She is 5’7”, 115 pounds with tattoos of a cross on her right arm, a flower band on her left arm, a fairy on her right food and a fish on her stomach. And upon her arrest, Lee will be held without bond.

She is a registered convicted felon with 22 bookings under her belt.

Her most recent charge stems from an incident at a North Fort Myers store when Erving attempted to steal a home security system. As she was walking out the door, never having paid for the item, loss prevention stopped her, having recognized her from previous encounters.

Erving admitted to stealing the item and fessed up that it was a “dumb mistake.”

Her local charges over the years have spanned from lots of thefts, drugs and resisting. She’s also been arrested in Sarasota County for theft and robbery.

Erving is supposed to be on state probation until July 2023, but with her latest issue, chances are that term will be extended even longer.

She is 5’3”, 120 pounds and was last known to be living in North Fort Myers. She has a tattoo of the word “serenity” on her left wrist, and upon her arrest, she will be held without bond. 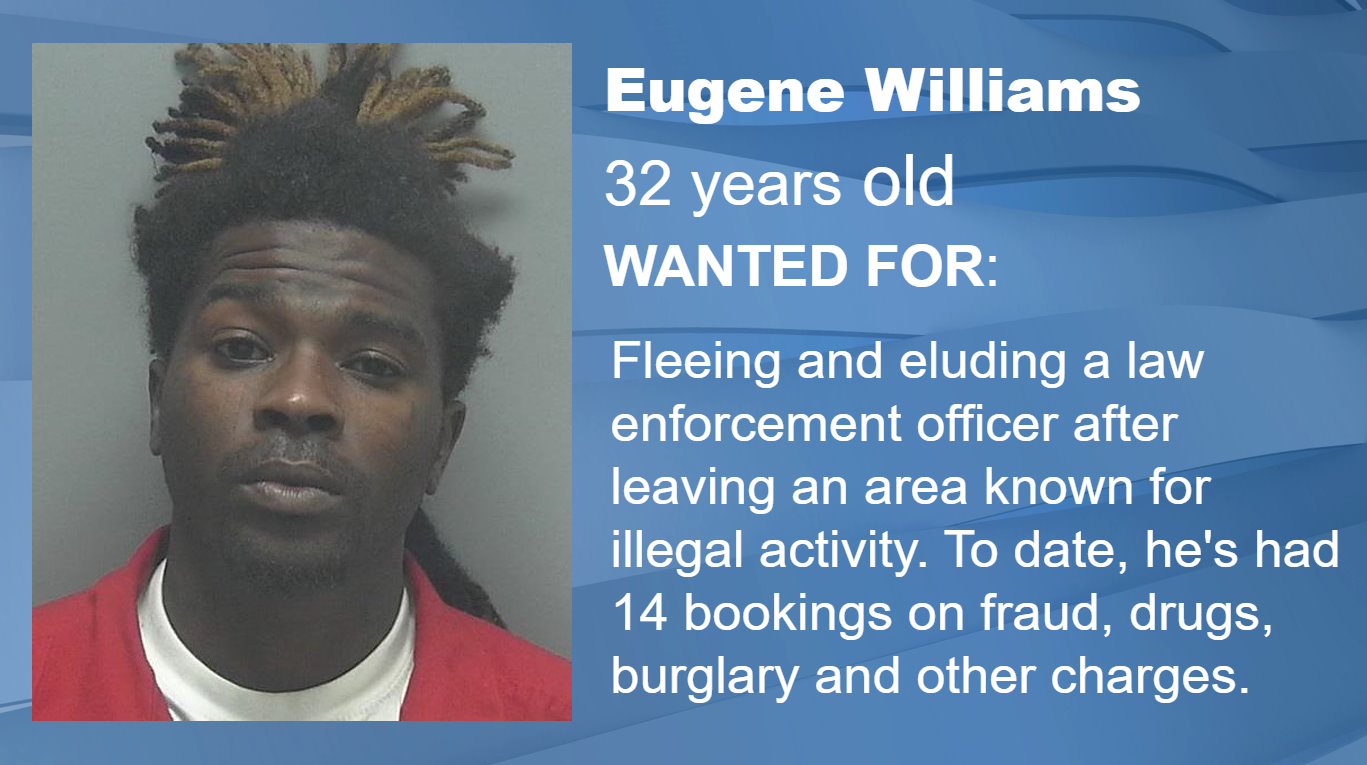 Detectives say Williams was leaving an area known for illegal activity when officers tried to pull him over. Although he initially stopped, he took off at a very high rate of speed as soon as the officer started to approach his car.

Williams drove erratically through the area at excessive speeds, before officers called the chase off so as not to endanger anyone. However, his actions that night triggered a new warrant for his arrest.

In addition to the fleeing and eluding charge, Williams was also driving with a suspended license. To date, he’s had 14 bookings at the Lee County Jail on additional charges of fraud, drugs, burglary, resisting, grand theft auto, armed robbery, the sale and delivery of cocaine and carrying a concealed weapon. He is a registered convicted felon who has also served two stints in the state Department of Corrections for a term of roughly three years for robbery and burglary.

He is 5’9”, 185 pounds with a tattoo of the words “Harlem Menace” on his chest, a flaming car with the 239 area code on his left arm, the word “warrior” on his neck and a tear drop with a money bag on his face.

Jason Dahlquist (DOB 1/14/82) – Was wanted in Lee County for violation of probation for credit card fraud and grand theft. He has now been captured after being featured on Most Wanted Wednesday.