After a Charlotte County student was sent home from school with a stomachache, along with her sister, their mom was told they can’t return to class despite the girl’s negative test result.

Erin Harrington is unhappy. Her daughters, fourth grader Madyson and 10th grader Logan, temporarily traded in their notebooks for Chromebooks because Madyson showed signs of illness.

“They were excluded from school because of her sister saying she had a stomachache,” Harrington said.

The only way to get back to school sooner is with a doctor’s note.

“If they do a test with a negative result, the doctor that administered that test needs to say this child is OK to come back to school,’ said Michael Riley, the community liaison for Charlotte County Public Schools.

Riley told us the rule is in place to steer clear of any testing errors.

“If they do a test and it comes back negative, you could do a test, and an hour later it could come back positive,” Riley said.

“I want the other parents to understand how easy it is for the kids to be excluded and how difficult it is to get them back in before the two weeks is up,” Harrington said. 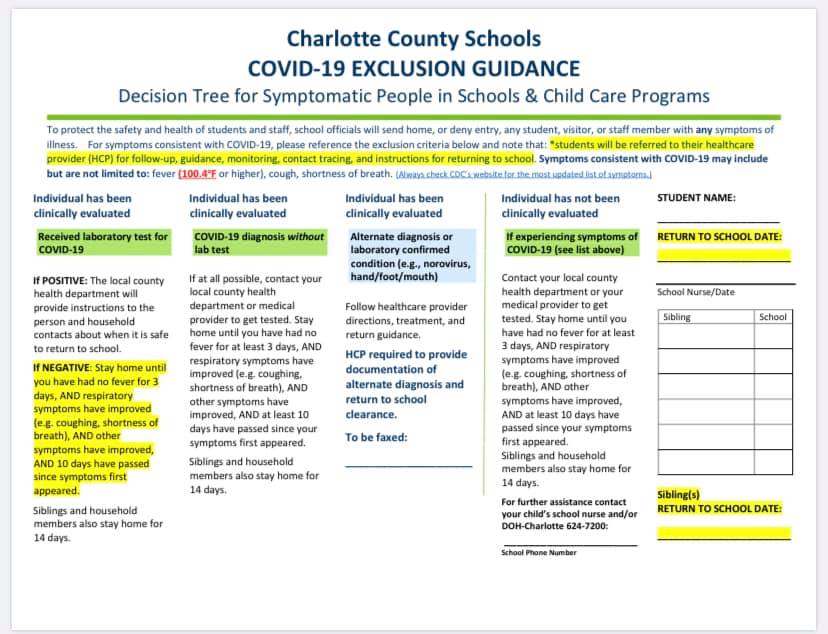