Tropical Storm Paulette and Rene churn in the Atlantic 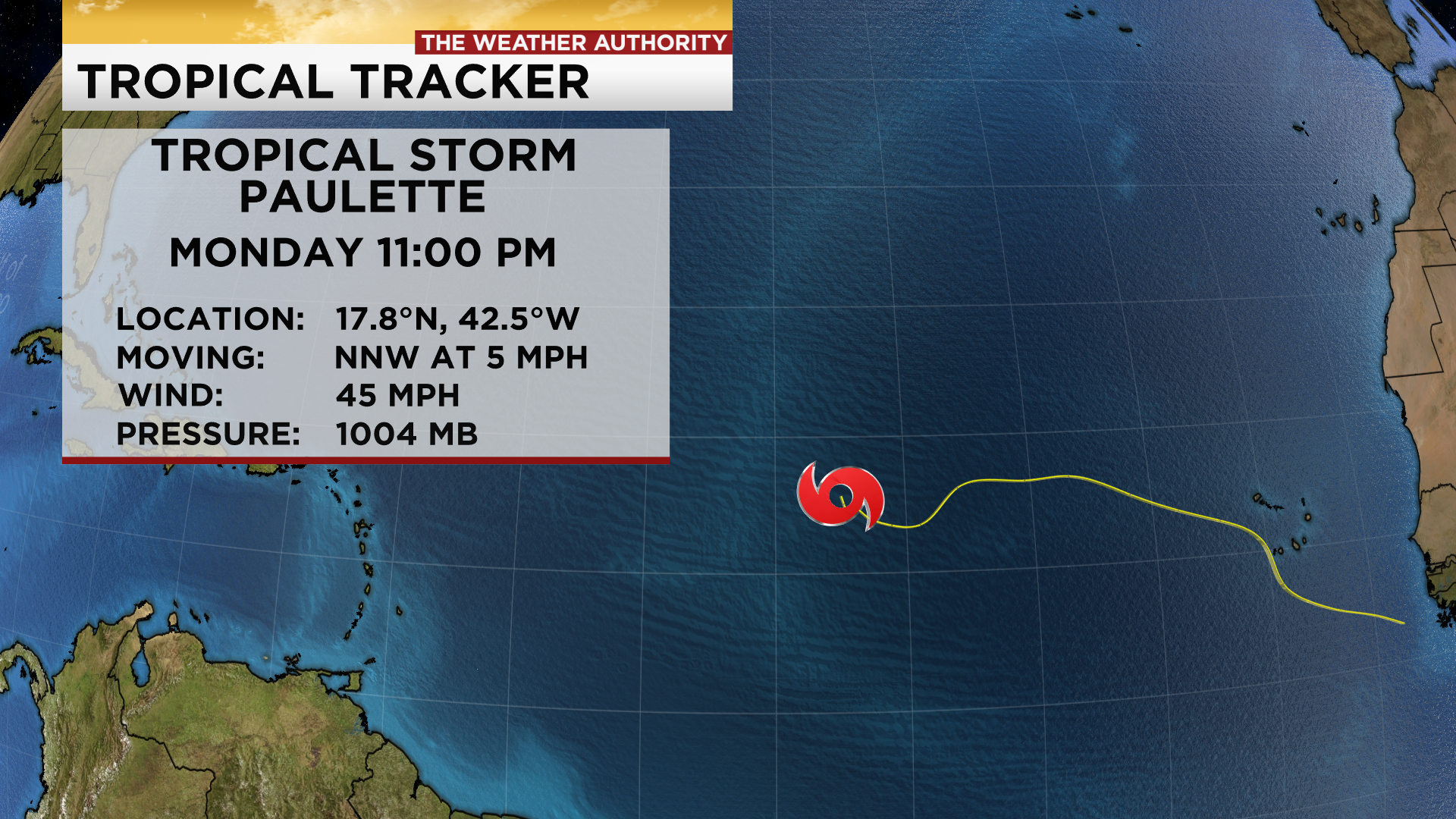 Paulette is about 1300 miles east of the northern Leeward Islands and expected to move west-northwest over the coming days. Paulette has strengthened some as of 11pm Monday night, now with 45 mph maximum sustained winds.  It’s too early to know if Paulette poses any long-term threat to the United States. 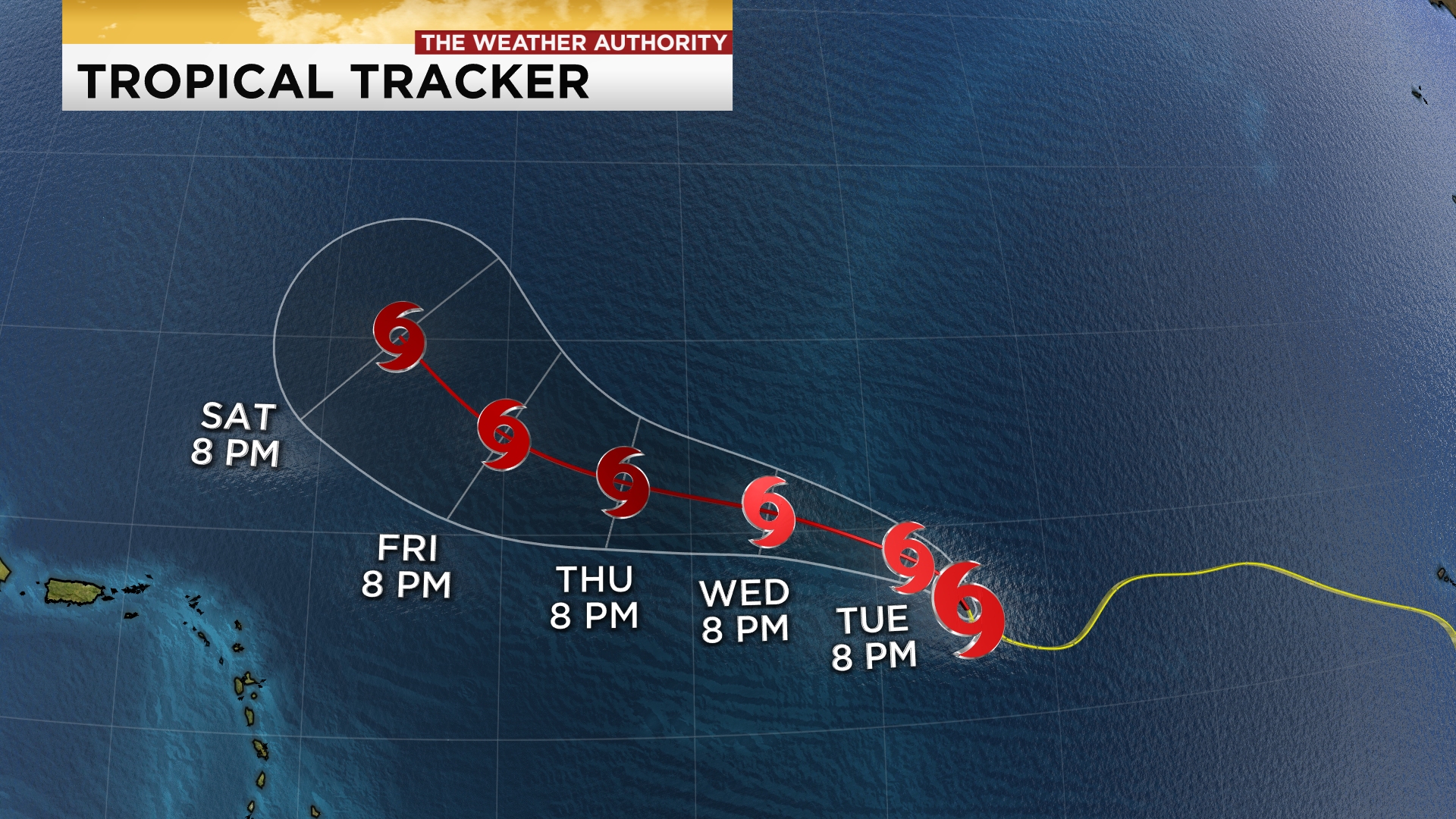 This is the area of interest we showed you over the weekend, just off the coast of Africa. This system is forecast to strengthen into a hurricane later this week, though there has been little change with this system as of 11pm Monday night. 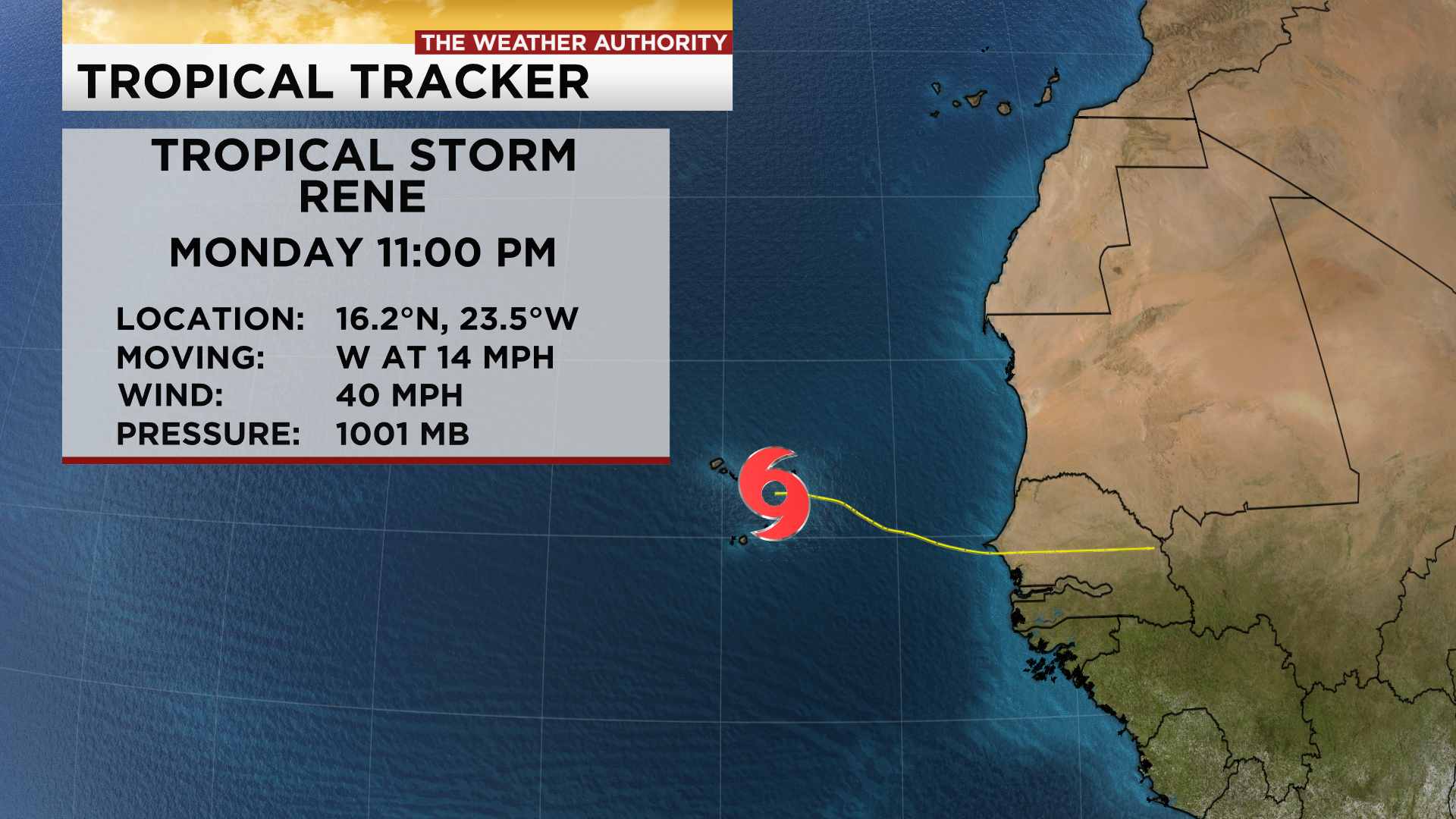 Tropical Storm Rene doesn’t post any intimidate threat to the United States, as it’s thousands of miles away. Current forecast strongly signals a track out to sea. 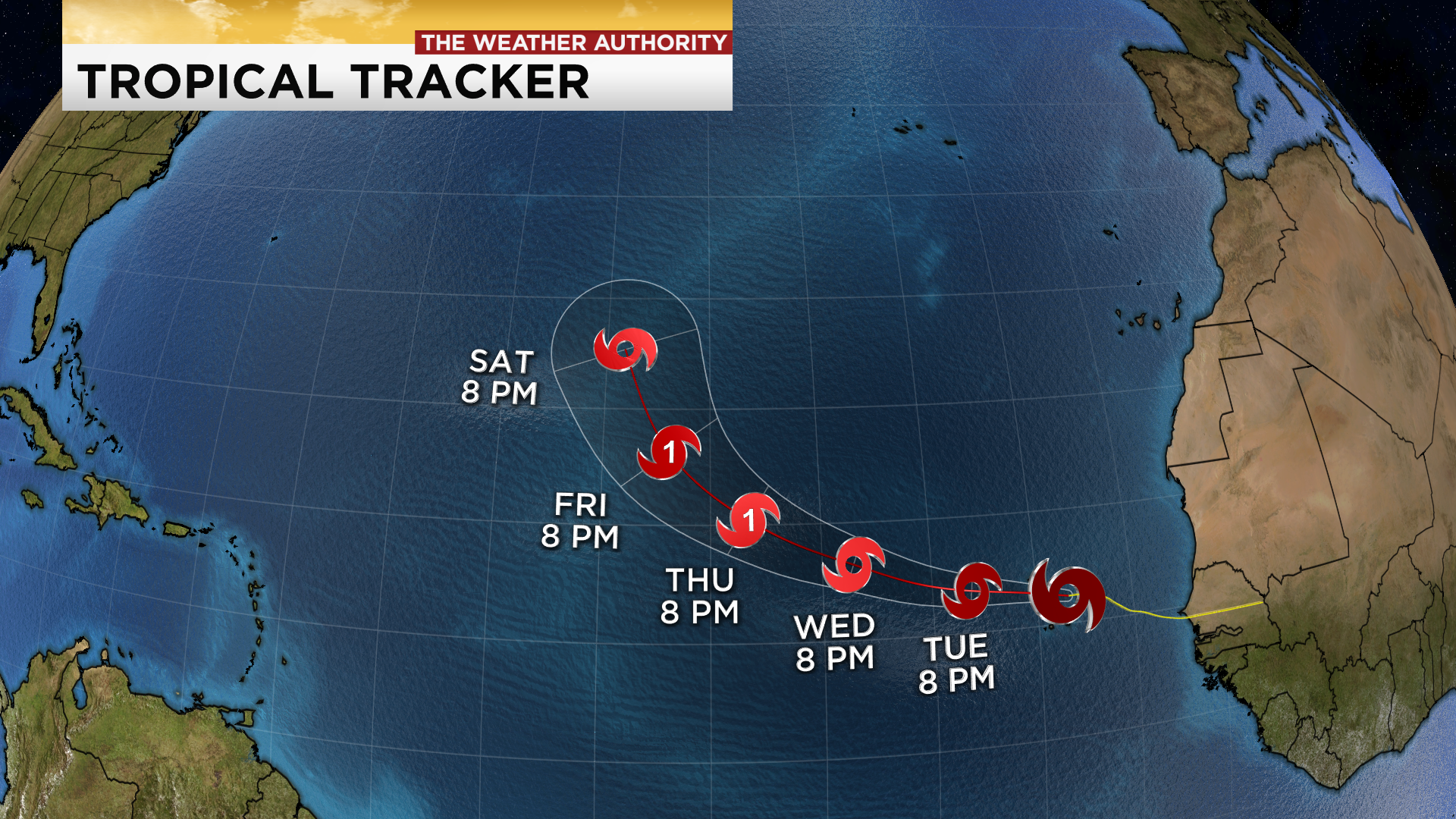 The next storm name on the list is Sally, followed by Teddy. 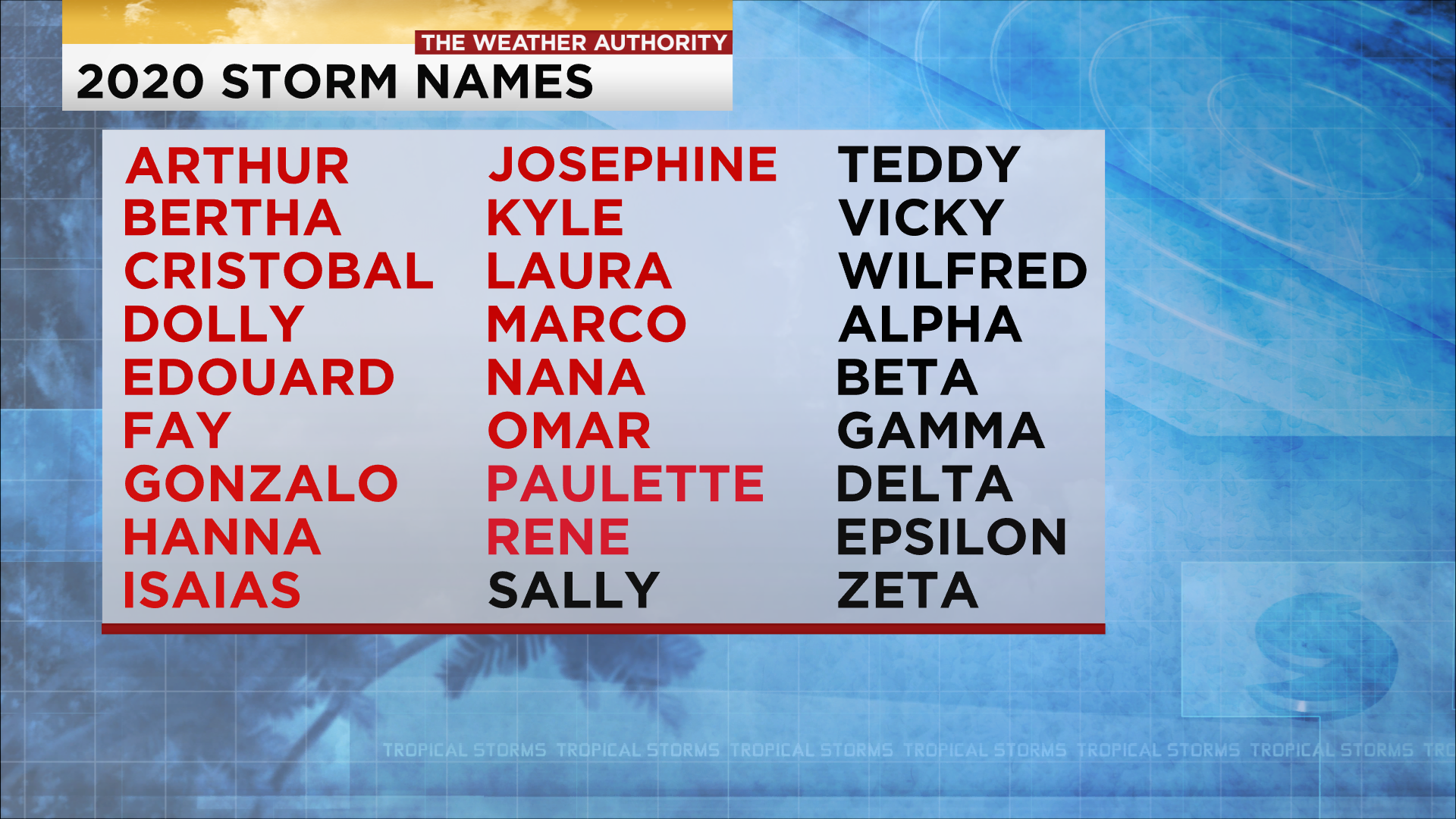 Otherwise, we have two additional areas of interest in the Atlantic Basin. 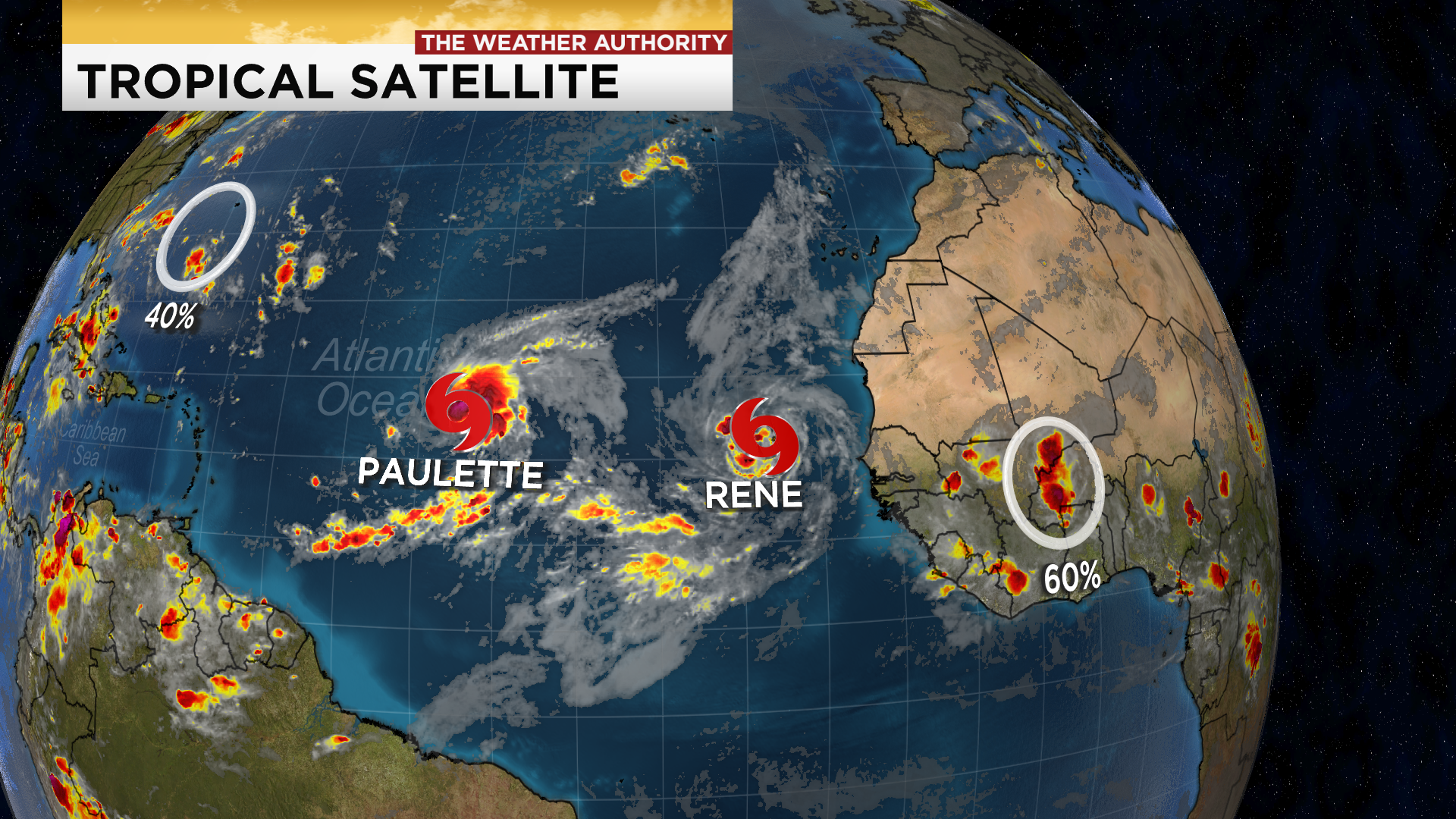 The first is another area of disturbed weather just south of Bermuda. Conditions will be somewhat favorable for slow development over the next few days.

This will not be a threat to Southwest Florida, but could impact the coastal Carolinas by later this week. Right now, the National Hurricane Center is giving this disturbance a 40% chance of development within the next 5 days.

Lastly, just behind Tropical Storm Rene is another wave that is likely to form as it emerges off the African coast later this week. Right now, the National Hurricane Center is giving this disturbance a 60% chance of development within the next 5 days.

Regardless of development, we have plenty of time to watch these disturbances! The historic peak of hurricane season is 3 days away, so it’s no surprise how active we are. 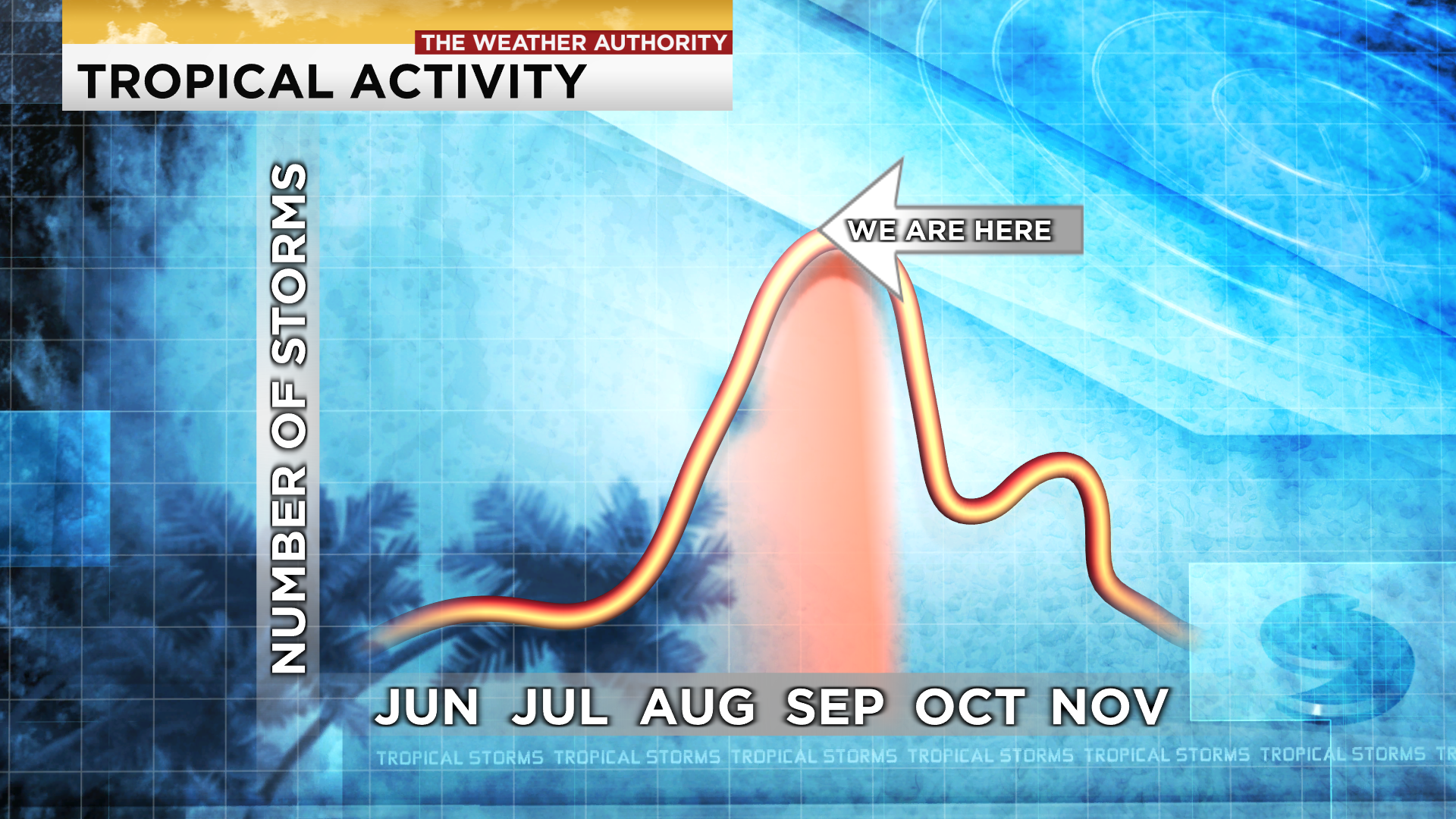 In fact, there are only four names left until the Greek alphabet! The only time that ever happened was the historic 2005 Atlantic Hurricane Season.

Trust the Weather Authority to keep you updated with the latest on the tropics.