Trio of tropical waves to monitor in the eastern Atlantic

The climatological peak of hurricane season is less than one week away! We are tracking one tropical depression and three areas of interest. 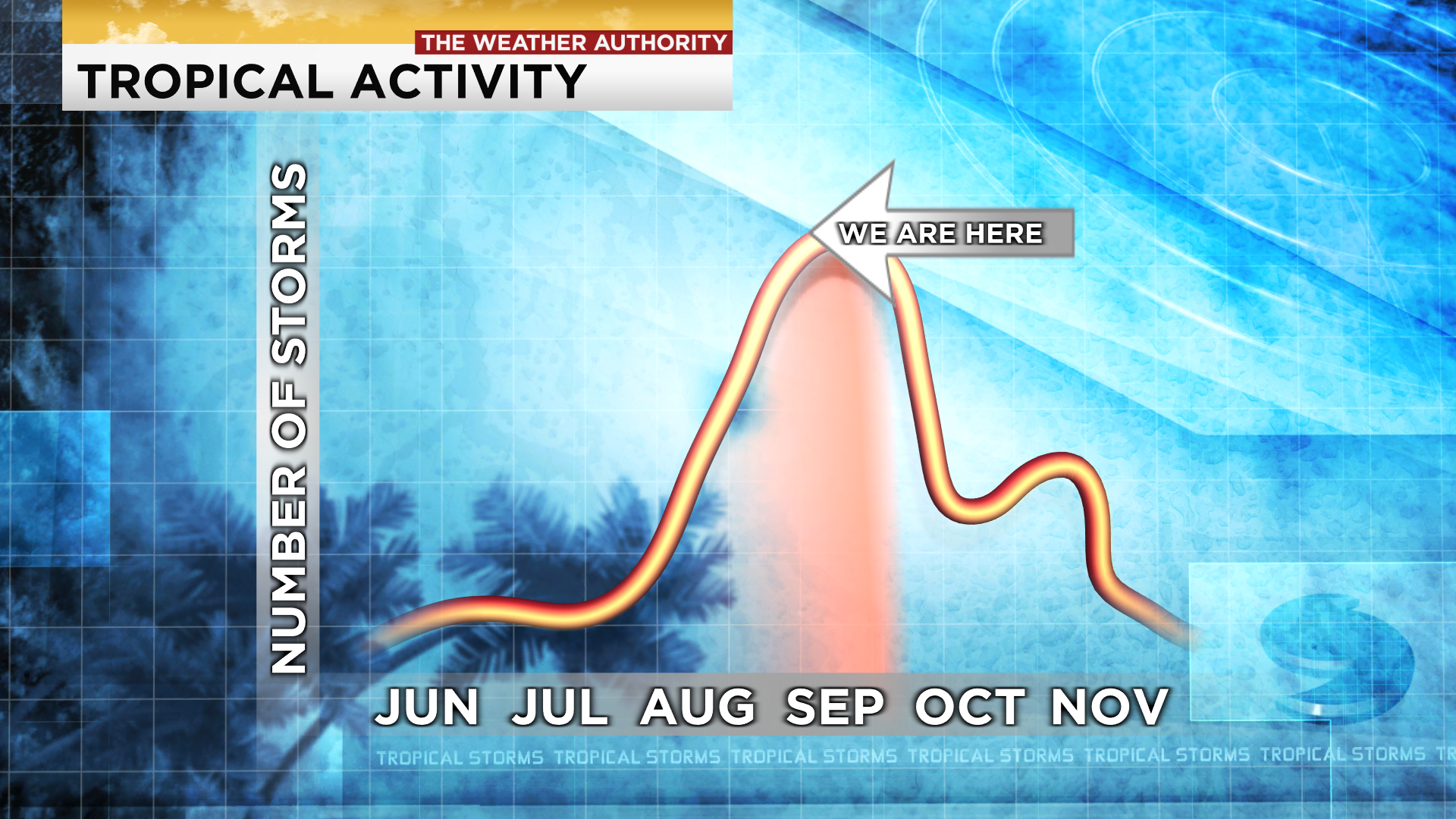 The first is a broad area of low pressure in the central Atlantic producing disorganized showers and storms. Gradual development is possible next week once a second tropical wave moves away from it.

It’s still unclear if these two waves will have any significant interaction. Right now, the National Hurricane Center is giving it a 30% chance of development over the next 5 days. 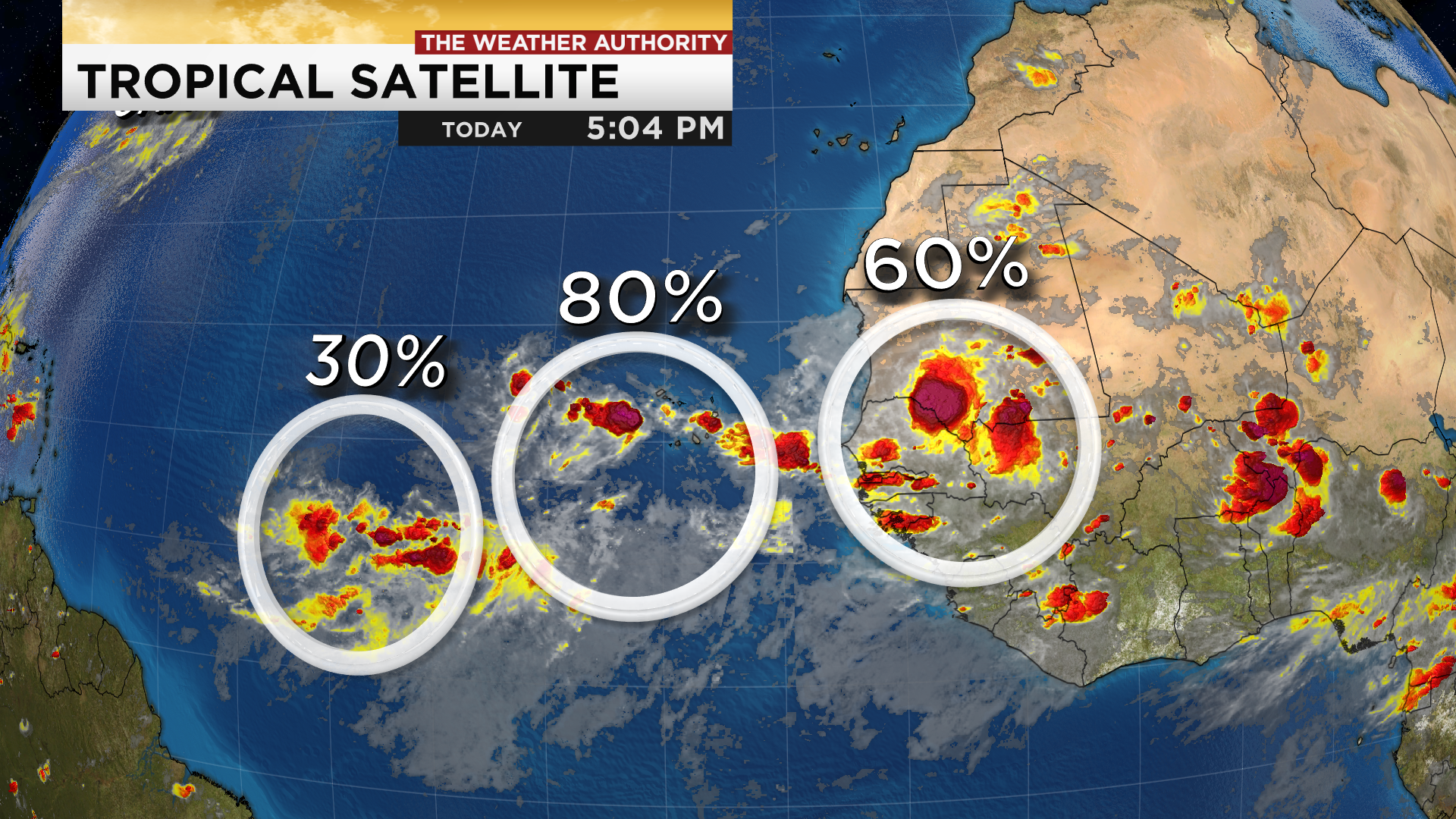 A second tropical wave located near the Cabo Verde Islands is much larger and producing extensive storm activity. Development will be slow, but more likely, as it moves westward through the Atlantic Ocean.

A tropical depression may form late this weekend into early next week where environmental conditions are more favorable for development. Right now, the National Hurricane Center is giving it a 80% chance of development over the next 5 days. 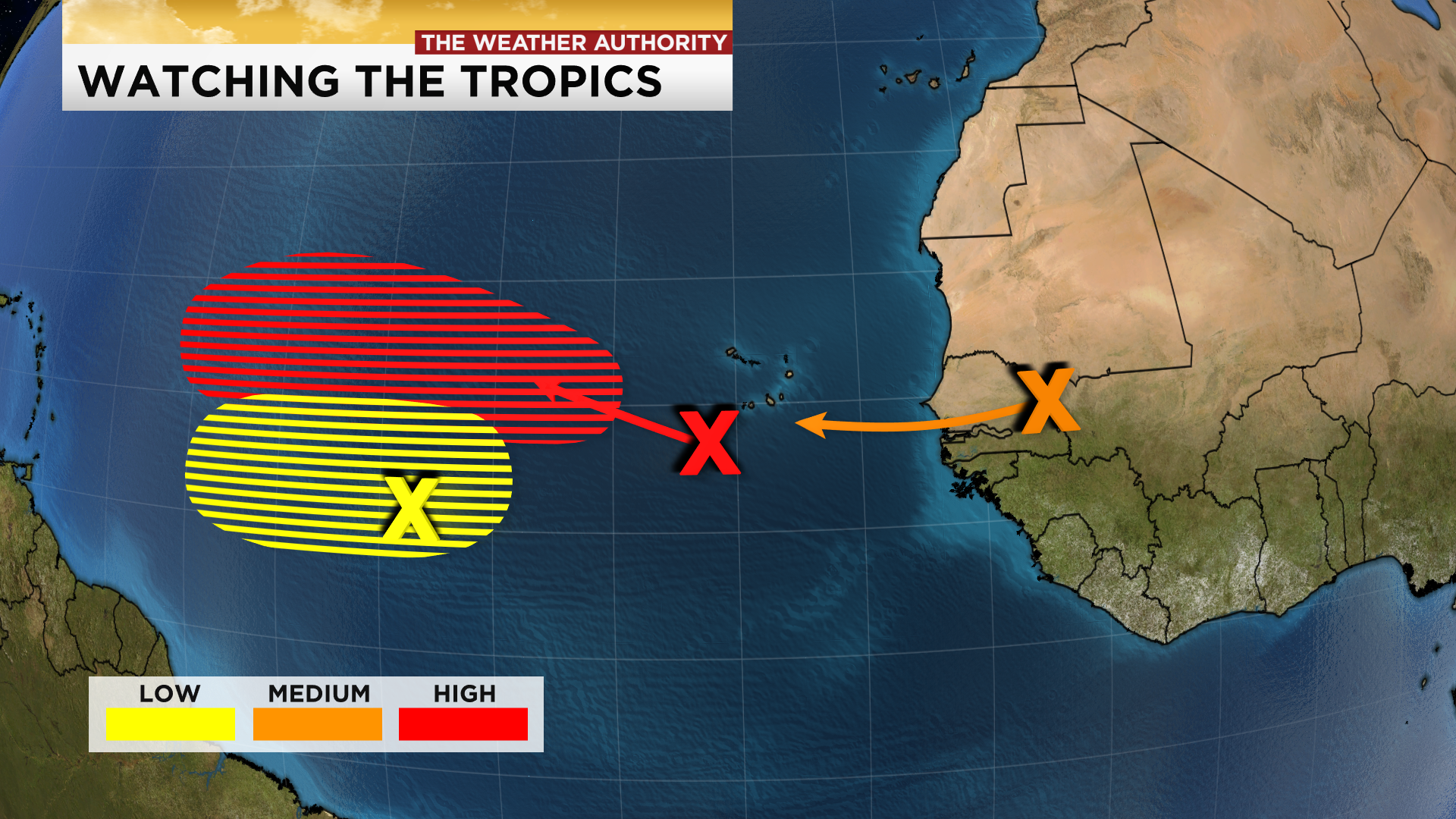 A third tropical wave is still located over the African coast and expected to emerge into the open ocean over the weekend. A weak low pressure will form from this wave and gradual development is possible as it moves west through the eastern Atlantic next week.

Right now, the National Hurricane Center is giving it a 60% chance of development over the next 5 days.

We have plenty of time to watch as all disturbances are well over 3,000 miles away from Southwest Florida! The next storm name on the list is Paulette, followed by Rene and Sally. 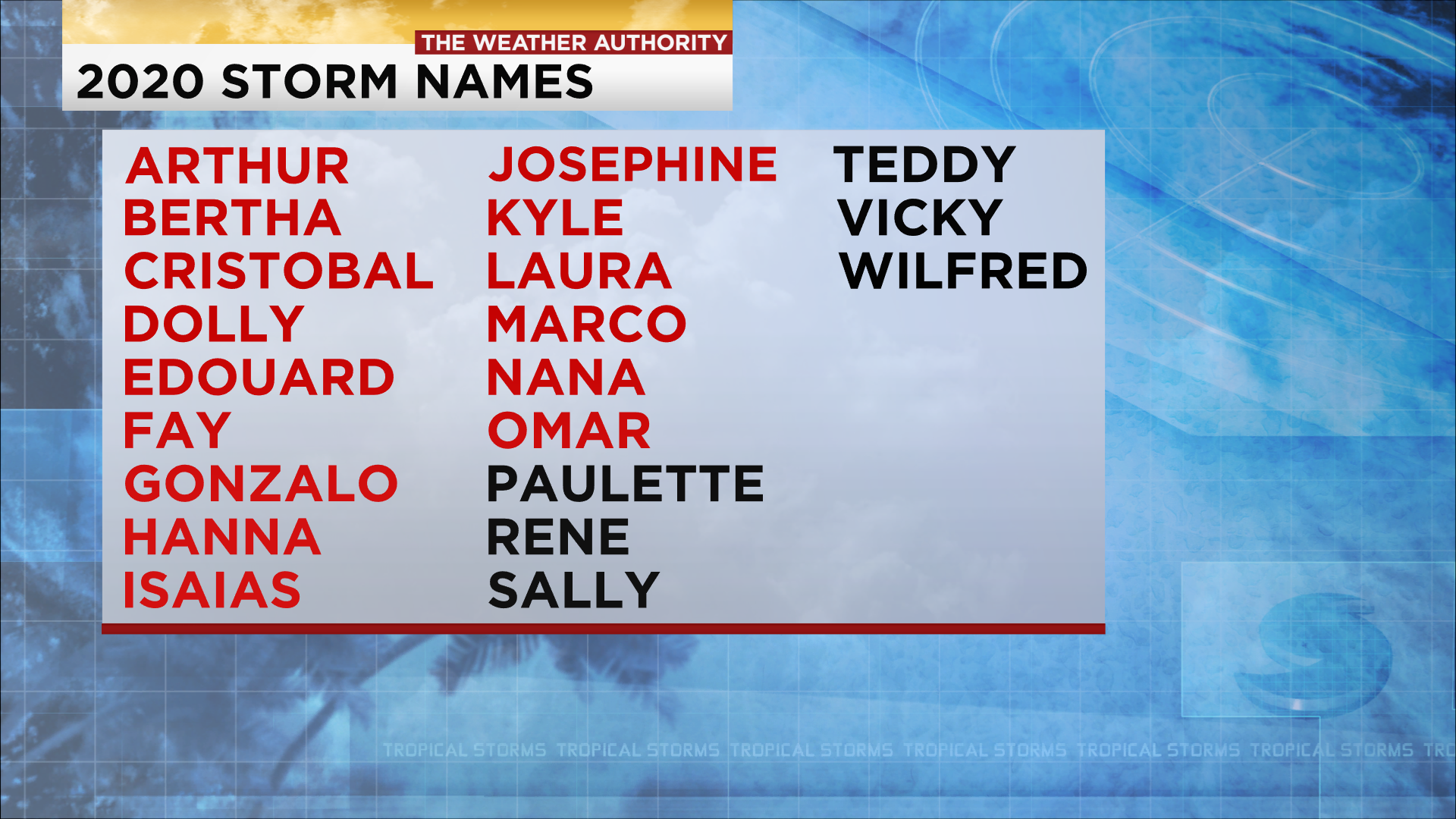 Elsewhere, Tropical Depression Omar is barely holding onto tropical depression status as it continues to be sheared by high wind. It is heading away from the United States and poses no threat to land. 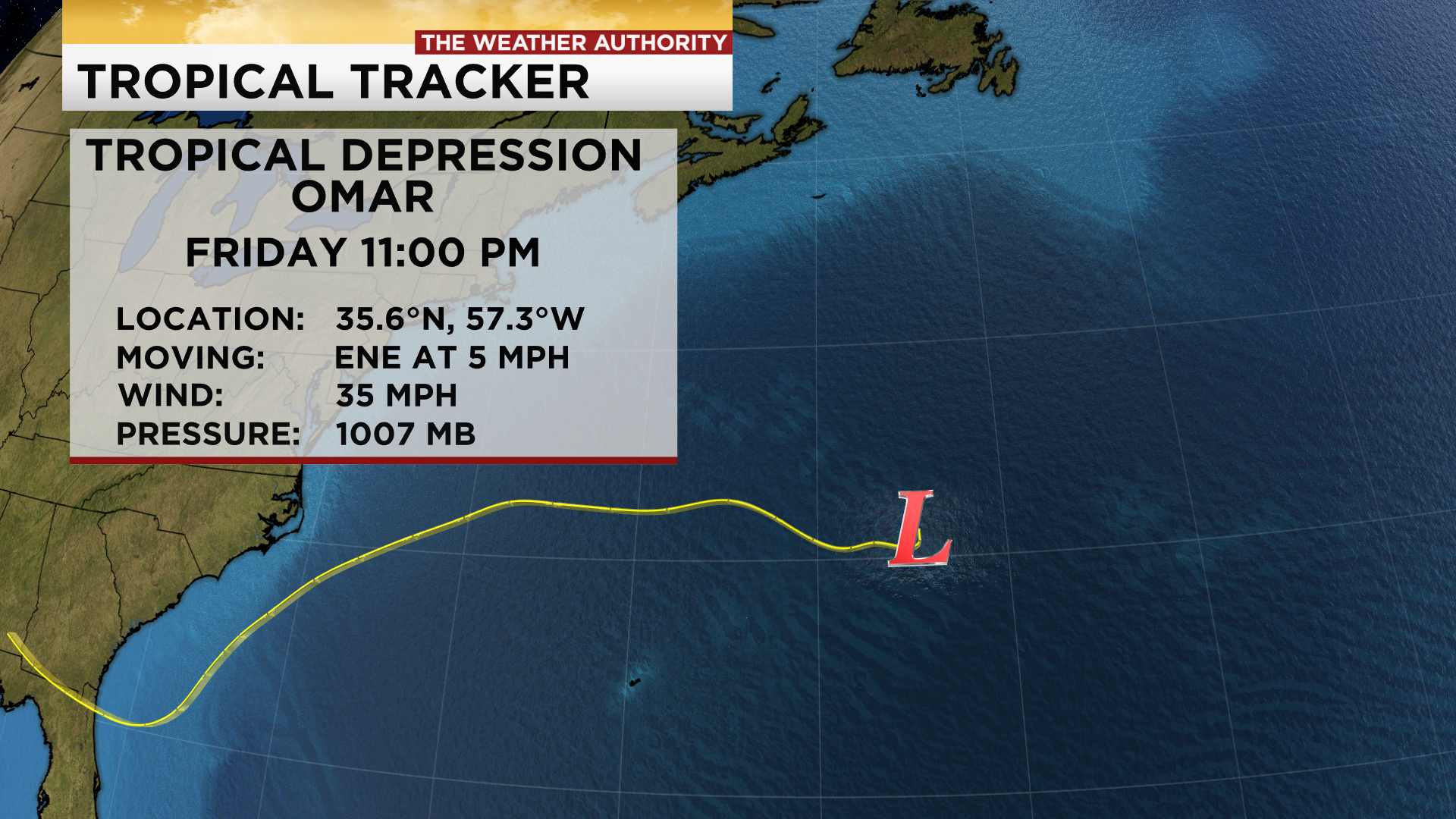 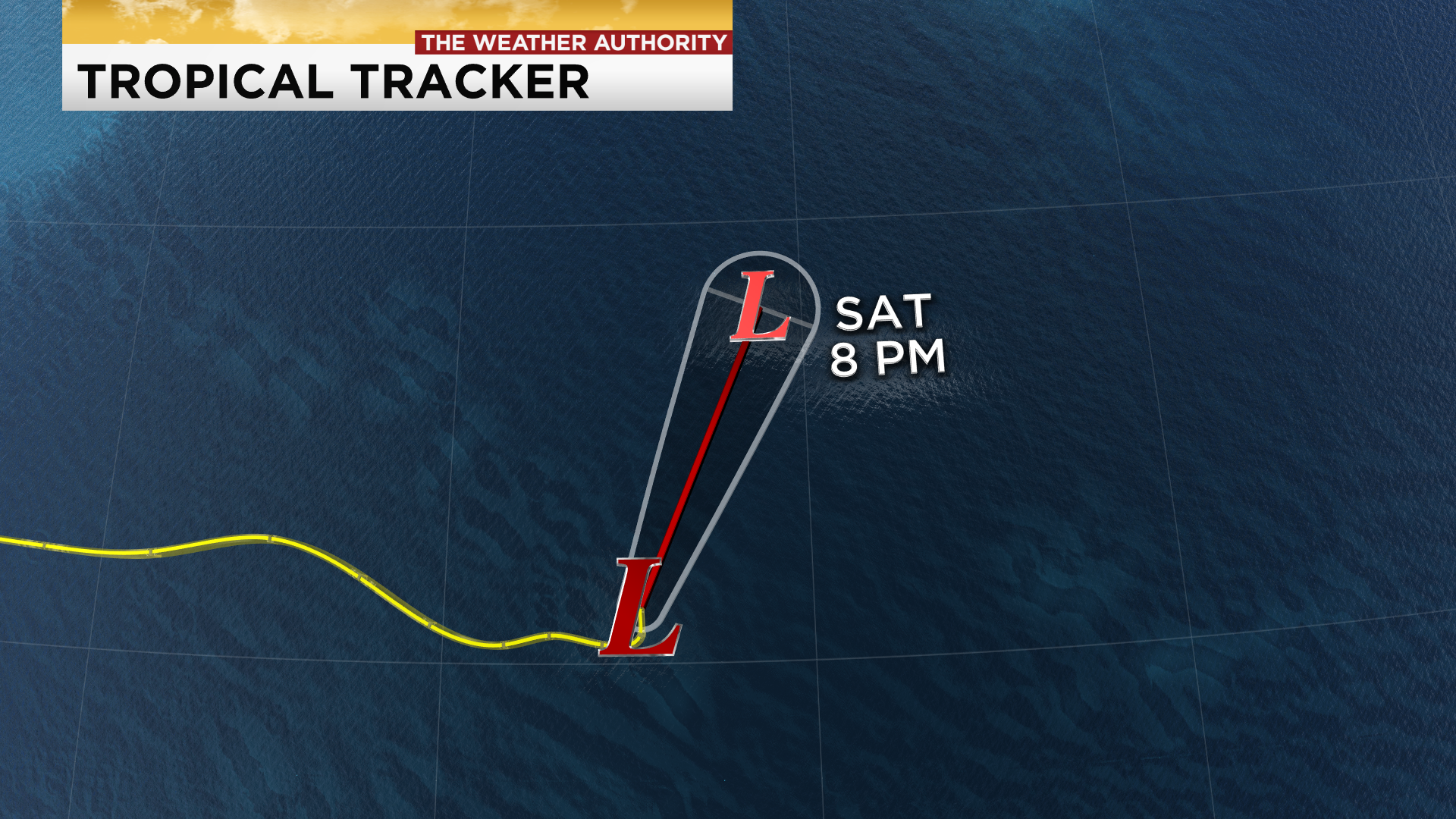