A Lehigh Acres neighborhood was on lockdown early Friday morning while Lee County deputies investigate what they are now considering homicide scene.

According to the Lee County Sheriff’s Office, one person was found dead after receiving a call around 1 a.m. about a shooting on the 3000 block of 56th Street West — just north of Harns Marsh Middle School.

Due to the nature of the incident, Major Crimes Unit detectives responded to the scene and assumed the investigation.

LCSO says it appears to be an isolated incident and there is no threat to the public. 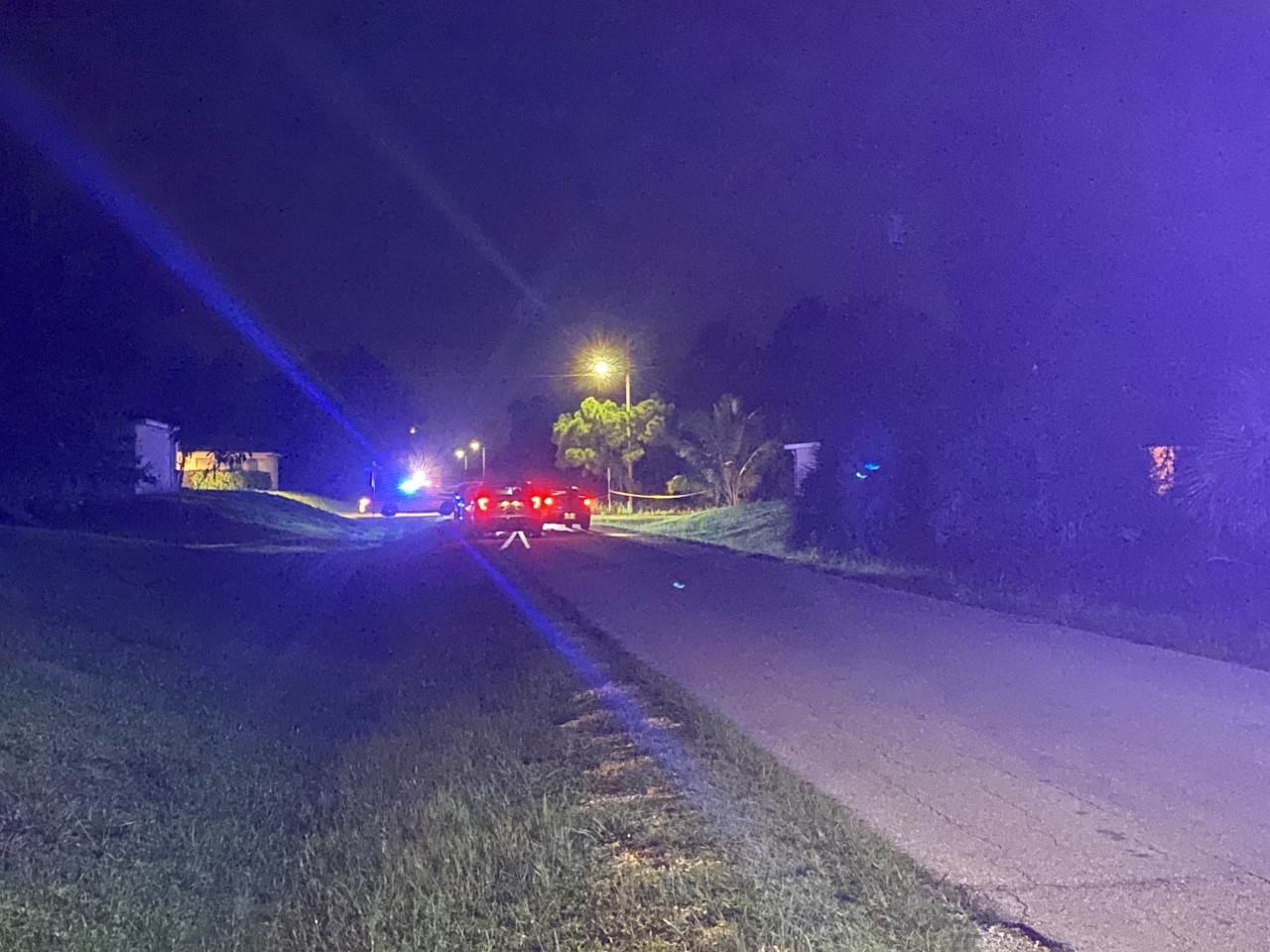 People in the area say there is a danger out there until the killer is caught.

From the middle of the night through the morning and into the early afternoon, sheriff’s detectives poured over the deadly shooting scene.

“I was quite surprised,” said one woman, who asked us to conceal her identity out of fear. She said her boyfriend heard the whole thing.

“He heard three gunshots then the car came up the road really slow.  Very slow, he said, like they were looking for something. And they turned down this street, then they drove to the end of the street and turned back around and then, a few minutes later, 6 more gunshots were heard,” she said.

We spoke with a couple who said that version of events matches what they heard.

“I heard about seven shots? The first two and then a succession after that,” Jennifer Daughma said.

LCSO brought in a K-9 to search and flew a drone over the neighborhood.

“I heard the helicopter too. That’s when I turned to my husband and said that it’s gotta be something happened,” Jennifer said.

Detectives on scene are not saying whether they found anything that points to the killer or killers. We did see deputies tow away a red pick up truck before they rolled up the crime scene tape.

“I’m sure this happens in many neighborhoods, it’s just different when it happens in your own,” said the neighbor who wished to remain anonymous.

Neighbors say they’d sleep better tonight knowing the sheriff’s office says there’s no danger. But LCSO will not say if they’ve made an arrest or even if they have suspects in the killing.

The sheriff’s office is also not saying who the victim is or whether the person lived in the area of the shooting or was visiting.