Going beneath the surface to figure out what’s going on with our water.

“People are now seeing it in abundance in their canals,” said Calusa Waterkeeper, John Cassani.

Cassani posted the photo below from a Cape Coral canal near Savona Parkway. 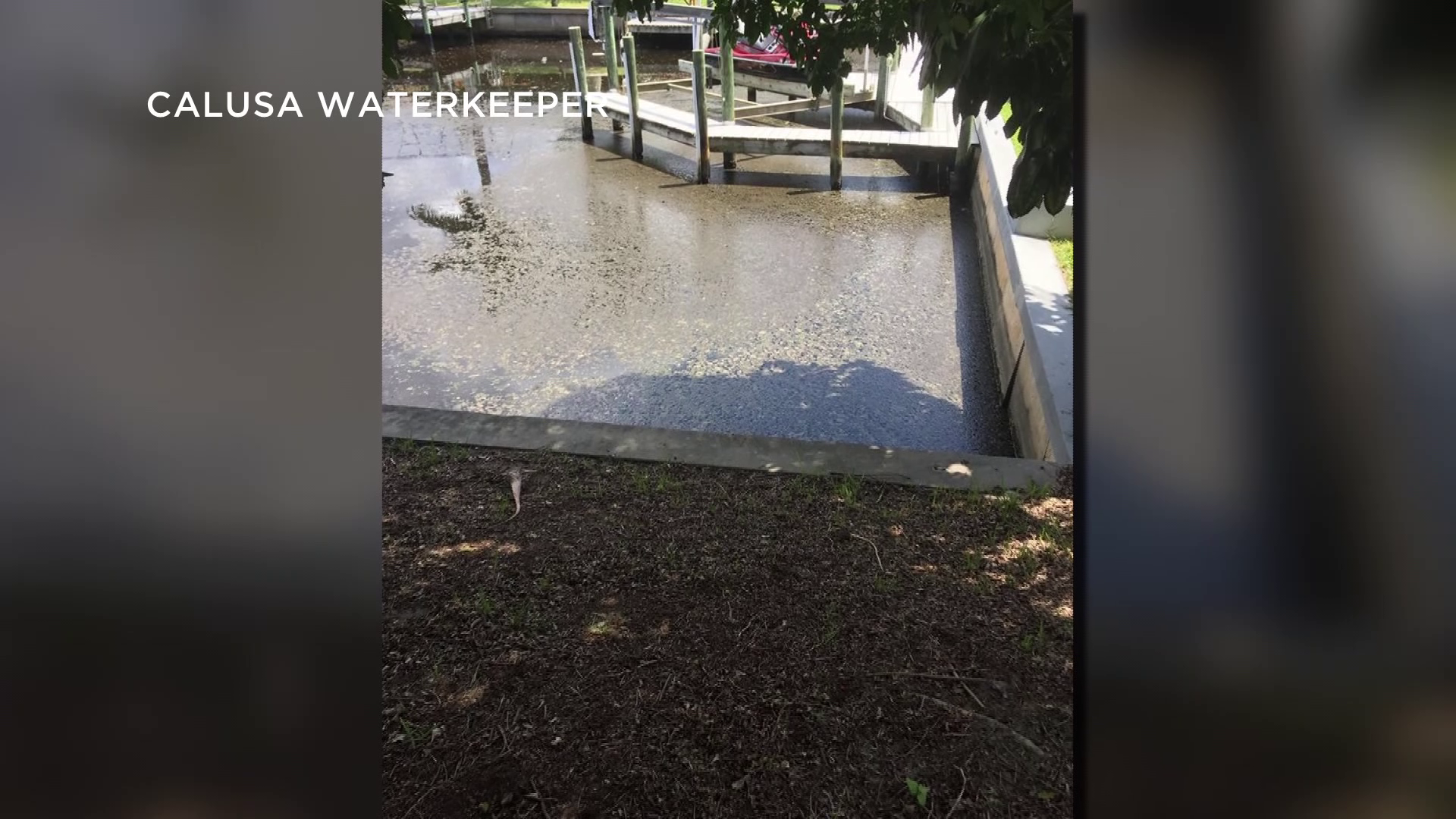 “It’s sometimes hard to track these blooms because the wind moves them around. They could be here one day and gone the next,” he said.

On Wednesday, we found small, green and brownish clumps in the water, so we scooped some up to bring to FGCU Water School professor Doctor Barry Rosen.

This organism is called ‘Phormidium,’ it’s a cyanobacteria, blue-green algae, that lives on the bottom so we call it ‘benthic algae.’ It is there probably all year-round,” Rosen said.

So what does that mean for us?

“Some are capable of making toxins, cyano-toxins. Is this one making it? Don’t know. We’d have to extract it and look for the toxin,” he said.

In the meantime, Cassini says, “[We’ve] got to stay vigilant and avoid it if you can when you see it.”

He said if you see a bloom in the water, do not let your pets lap up the algae or drink it as they can be harmful to pets.