Southwest Florida is outside the forecast cone for Isaias.

The National Hurricane Center forecast cone has Isaias approaching Florida by this weekend, but has shifted east again. As of 11 p.m., Isaias maintains strength with maximum wind of 80 mph and is moving to the northwest at 18 mph.

With this eastward track, parts of Southwest Florida are no longer within the cone. However, it’s important to remember that a lot can change between now and then, and fluctuation in track and intensity is still possible. 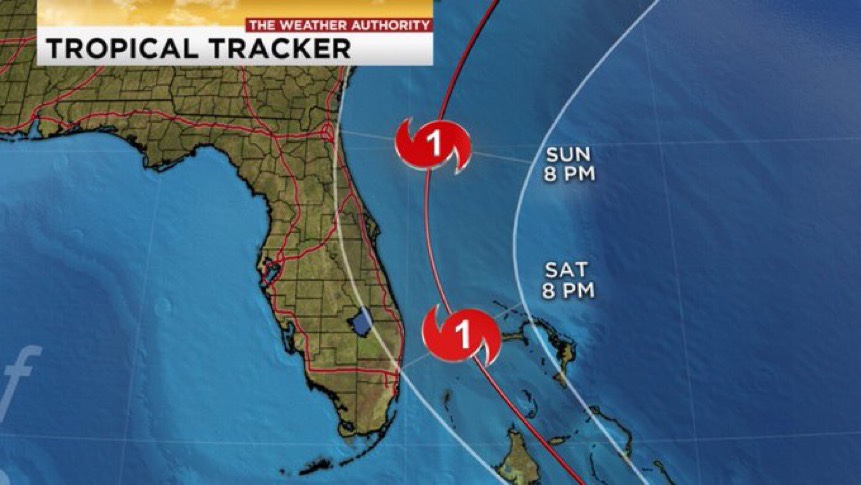 Environmental conditions are expected to become more favorable for development over the next few days, but there is still model discrepancy on how strong this system could get, and where it could go. Warm ocean water, a slow movement, and less land interaction could allow this system to strengthen. What could weaken it? More time over land, increased wind shear, and dry air.

Regardless of development, locally heavy rain, gusty wind, and dangerous beach and surf conditions will move over Hispaniola today and move near the Southeastern Bahamas by tonight into early Friday. Isaias is forecast to be near the Central Bahamas Friday night and could approach the Northwest Bahamas or southern Florida by this weekend.

A Tropical Storm Warning is in effect for Puerto Rico, Vieques, Culebra, the U.S. Virgin Islands, the Dominican Republic entire southern and northern coastlines, the North coast of Haiti from Le Mole St Nicholas eastward to the northern border with the Dominican Republic, the Turks and Caicos Islands, the Southeastern Bahamas including the Acklins, Crooked Island, Long Cay, the Inaguas, Mayaguana, and the Ragged Islands, and the Central Bahamas, including Cat Island, the Exumas, Long Island, Rum Cay, and San Salvador. 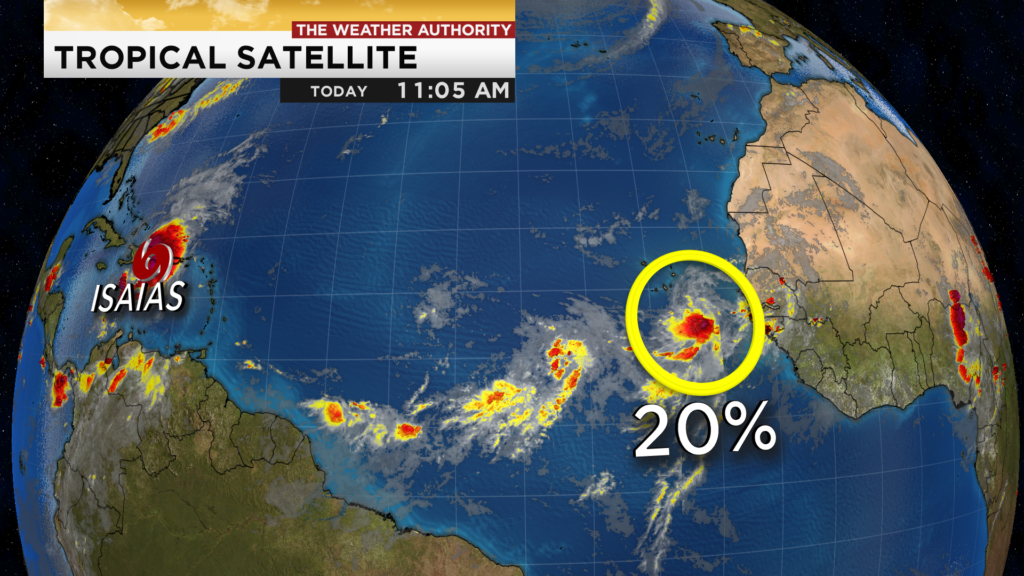 Elsewhere in the tropics, we are monitoring a tropical wave that just emerged off the African coast. Right now, the NHC gives it a 20% chance of development over the next 5 days. Trust our Weather Authority team to bring you the latest all season long!