Adidas executive who described racism discussions as ‘noise’ is stepping down

Adidas’ global head of human resources, Karen Parkin, is leaving the company less than a month after a group of employees reportedly asked the company to investigate her for alleged racial discrimination.

“It has become clear to me that to unify the organization it would be better for me to retire and pave the way for change,” Parkin said in a written statement.

Parkin came under fire last year after she told employees at a meeting that she thought the topic of racism was “noise” that is only discussed in the United States, according to a report in the Wall Street Journal. She also told employees she didn’t think Adidas had an issue with racism, the report stated.

Parkin’s career at Adidas spanned 23 years, according to Adidas AG Chairman of the Supervisory Board Igor Landau, who said Parkin “always acted in the best interests of our company and our people.” 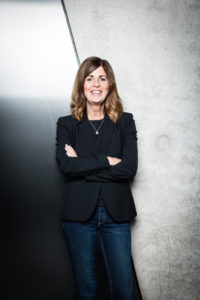 “Her decision to leave the company reflects that commitment and her belief that a new HR leader will best drive forward the pace of change that Adidas needs at this time,” Landau said in a written statement.

On her way out Tuesday, Parkin said she is committed to the company’s goals of becoming more “diverse, inclusive and equitable.”

Her prior controversial statements reported by the Journal came shortly after a New York Times investigation that found less than 5% of employees at Adidas North American headquarters identify as Black. The few Black people who worked there expressed feeling marginalized by their employer, which routinely markets itself using famous Black designers and brand ambassadors like Beyoncé and Kanye West.

Adidas said CEO Kasper Rorsted will take over as interim head of HR until a more permanent replacement is found.

Rorsted recently sponsored a global Committee to Accelerate Inclusion & Equality for Adidas, which the company said includes internal decision makers “from different racial and ethnic backgrounds,” around the globe.