A large plume of Saharan dust from Africa, over 2,000 miles wide, is surging across the Caribbean Sea. It’ll push into the Gulf of Mexico and parts of the United States, including Florida, later this week and linger into next week.

The plumes coming off the coast of Africa are quite normal. These plumes of dust typically begin in mid-June and run through mid-August, peaking somewhere in the middle.

There are many benefits to Saharan dust. It helps to temporarily suppress or lower tropical activity, can lead to vibrant sunrises and sunsets, fertilize soil in the Amazon, and help maintain Caribbean beaches. 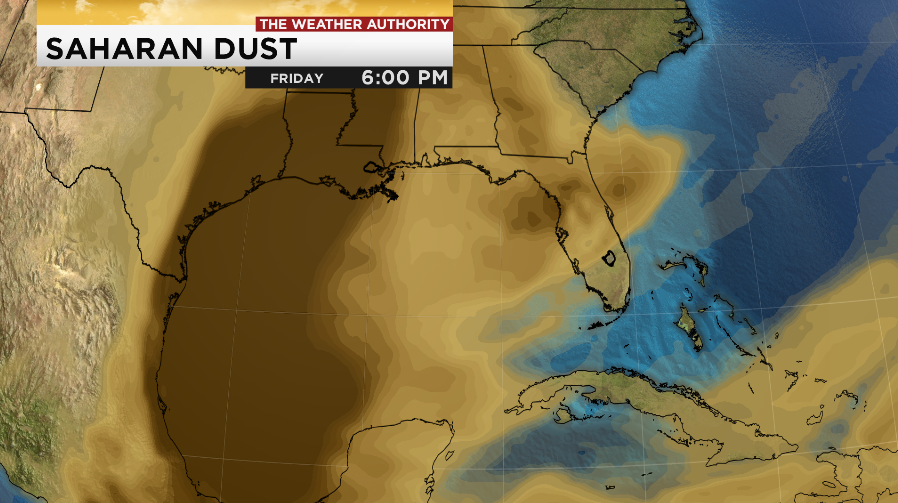 However, the dust isn’t all positive. According to a study partially funded by NASA, Saharan dust brings nutrients into the Gulf of Mexico off Florida’s West Coast that may kick off blooms of red tide.

This is largely due to iron, one of the minerals found in the dust. As the dust falls into the Gulf, it attracts a cyanobacteria, called Trichodesmium. The bacteria uses that iron to convert any nitrogen in the water into a form that can be consumed by other marine organisms, including the algae that leads to red tide.

The study found that in June 1999 dust from the Sahara Desert made its way across the ocean and reached parts of Florida in late July. By October, and after a 300% increase of this biologically-accessible nitrogen, a huge bloom of toxic red algae had formed within the study area, an 8,100 square mile region between Tampa Bay and Fort Myers.

The blooms go through cycles — they start offshore and as they move near shore, they intensify and can be detected and monitored. Florida sees a red tide bloom nearly every year, but not every bloom is devastating.

Southwest Florida’s most recent devastating red tide bloom began October 2017 and lasted until February 2019. It impacted areas along the Gulf from the Keys to the Panhandle, and the East Coast, leaving wildlife dead and local tourism-based businesses hurt.

Scientists have been working hard for years to develop a reliable method to predict red tides, but still, more research needs to be done.

Trust WINK News to keep you updated if any red tide develops along the Southwest Florida coast. 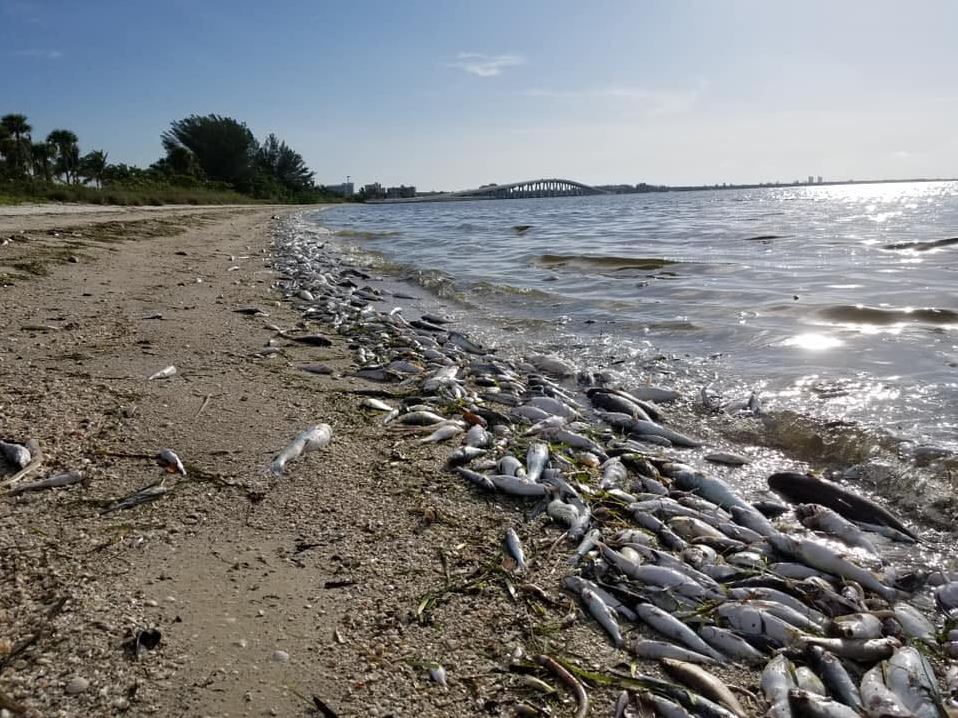 Copyright 2023 Fort Myers Broadcasting Company. All rights reserved. This material may not be published, broadcast, rewritten or redistributed without prior written consent. Do you see a typo or an error? Let us know.