Demonstrators are expected to protest outside the Collier County courthouse in East Naples Wednesday. Many protesters we’ve talked to say they want to see changes when it comes to policing.

It’s also something the NAACP is pushing for. The organization came out with 12 steps it believes will lead to a more just system and sent it out to its local units nationwide to work toward creating change. 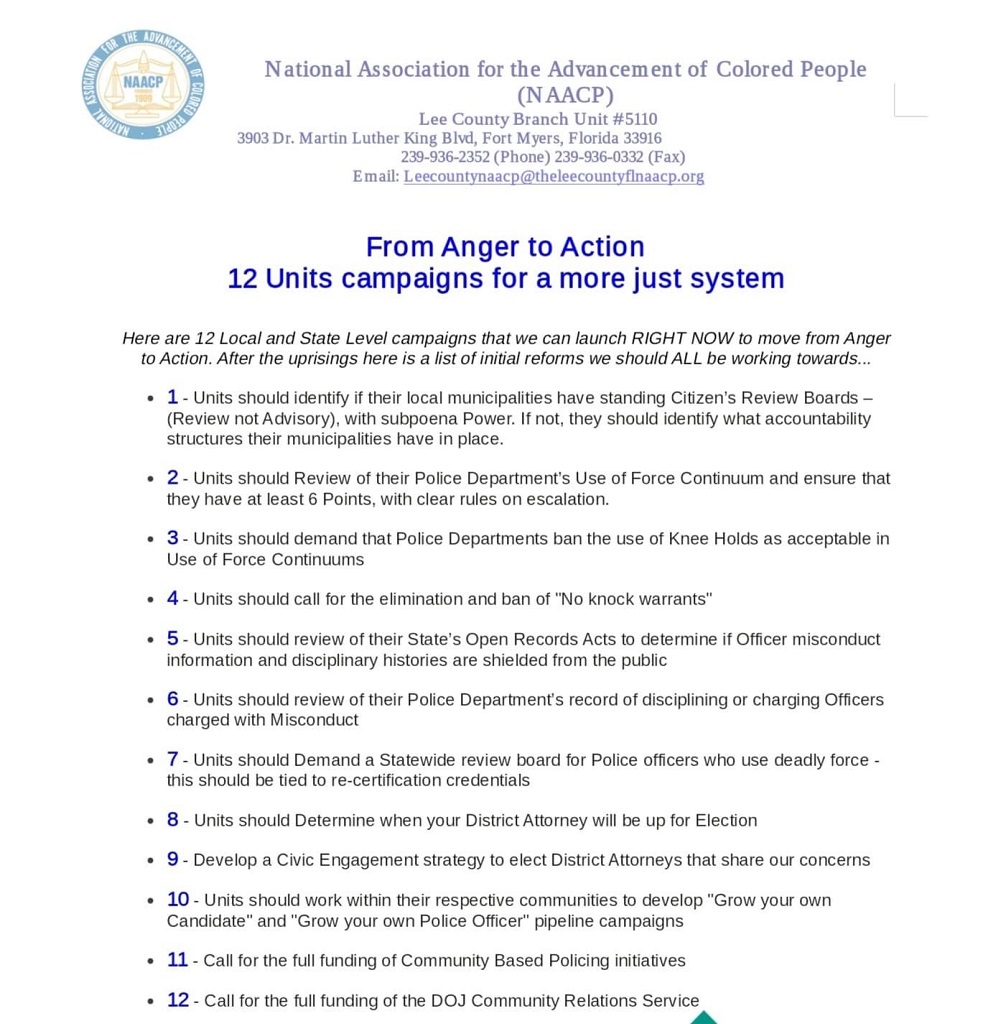 Some of the points made in the list include reviewing use-of-force practices by police and eliminating things such as no-knock warrants and knee holds across the nation.

“The protests was to raise the awareness for public scrutiny, public input,” Muwakkil said. “Now, we need to move towards positive actions that’s going to give us the positive results that we as a country are looking for.”

Muwakkil says the 12 campaigns outlined by the NAACP are designed to create the change protesters are calling for and move the United States from anger to action.

“Some of those things are citizens review board with subpoena power,” Muwakkil said. “We’re asking for more accountability with law enforcement officers who violate citizens’ rights but are never held accountable.”

Other campaigns include ensuring that police departments have at least six points with clear rules on escalation, a statewide review board for police officers who use deadly force and banning no-knock warrants everywhere.

“That is a step in the right direction,” said Vincent Keeys, the president of the Collier County NAACP.

Keeys told us they have already been working with Collier County Sheriff’s Office to ensure reforms.

“Our leadership has provided these 12 points so we can all address, speaking from one hymn book, to all of the police departments around this country,” Keeys said.

Muwakkil says he is holding a roundtable discussion with local law enforcement Thursday to talk about what they are doing to push for reform in local communities.

NAACP leaders hope the uniform plan translates to a change in policing.

“We have to have policy change,” Muwakkil said. “There can be no doubt about it.”