Roughly 666,000 unemployment claims in Florida have been paid out since March, according to the Florida Department of Economic Opportunity’s claims dashboard. That’s half of all claims submitted, and hundreds of thousands of people remain in the queue.

The DEO confirmed with WINK News on Tuesday that it’s limiting the numbers of users allowed on the CONNECT website at one time, which could explain why some claimants are struggling to get on the site.

“This allows for users to log-in to CONNECT, access the info that they need, and log off as quickly as possible. Users should try logging into CONNECT later in the day when we see lower usage,” a DEO spokesperson said in response to questions from WINK News.

But a lot of people say the problems continue even when they do manage to get on the site: It either crashes or is next to impossible to navigate.

“What happens is it either tells you there’s a server error, or tells you you’re not connected, or it flips you back to another page, or you start all over again from the very beginning,” said Martha Bortolametti of Cape Coral.

She said she applied for unemployment benefits on April 1, and while her status is listed as “active,” she has yet to receive any payments.

If you’re one of the lucky ones who received benefits and need to stop your payments because you’re returning to work, here’s how you do it:

The DEO responded to some of the questions WINK News posed to them on your behalf, but they didn’t answer them all. Instead, a spokesperson pointed to new application tutorials and information pages on their site. See their full response to questions here: 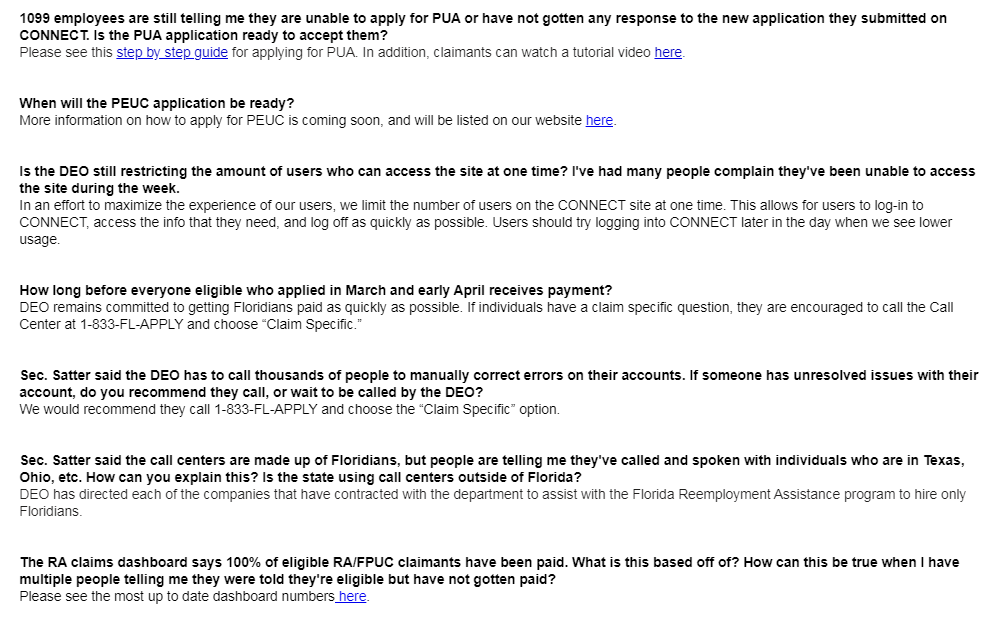 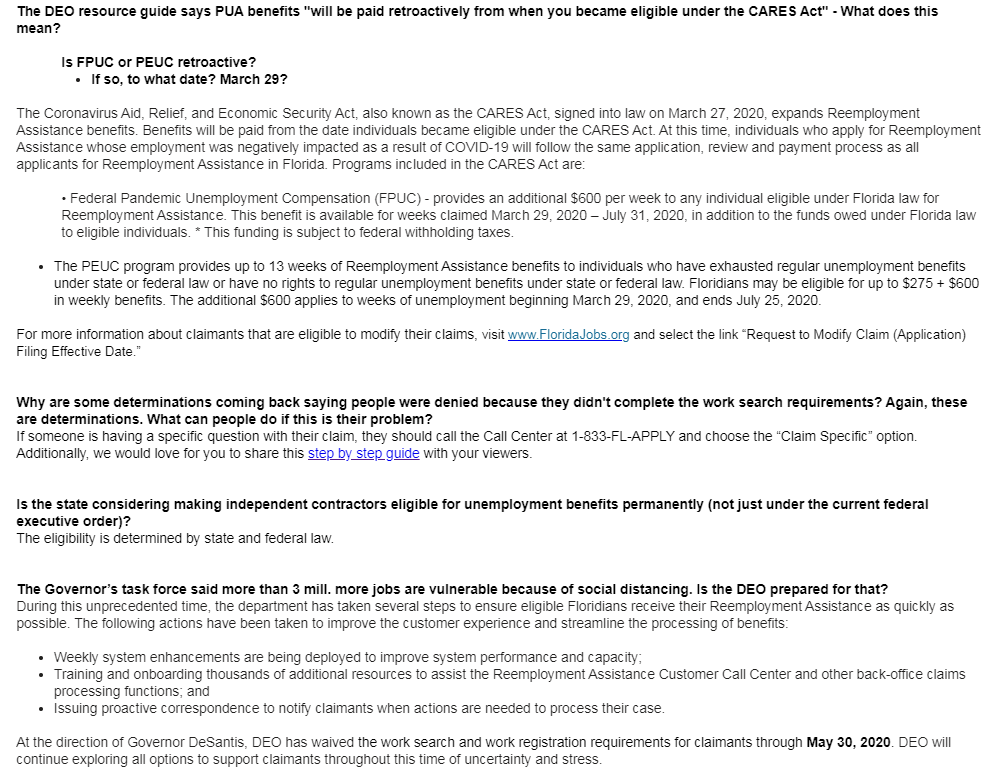 WINK News has also included these responses and other answered questions on the FAQ: Unemployment Resources page.