Most Wanted Wednesday: We feature three of SWFL’s most wanted suspects; March 18

[CAPTURED] Sundiata Hill (DOB 10/30/71) – is on the run in Lee County for failing to appear in court after an arrest for fleeing and eluding officers.

Deputies said Hill was driving at night with no headlights on when he ran two traffic lights, and several stop signs, refusing to pull over and endangering other drivers. He eventually bailed from his car and fled on foot, but officers caught up with him after a brief foot chase and promptly placed him under arrest.

Among the other charges on this Dunbar man’s rap sheet are multiple counts of theft, aggravated battery, armed robbery, the sale and delivery of cocaine, contempt and DUI, among others. He is 6’0”, 230 pounds and may be using the alias of “Sonni” Hill. 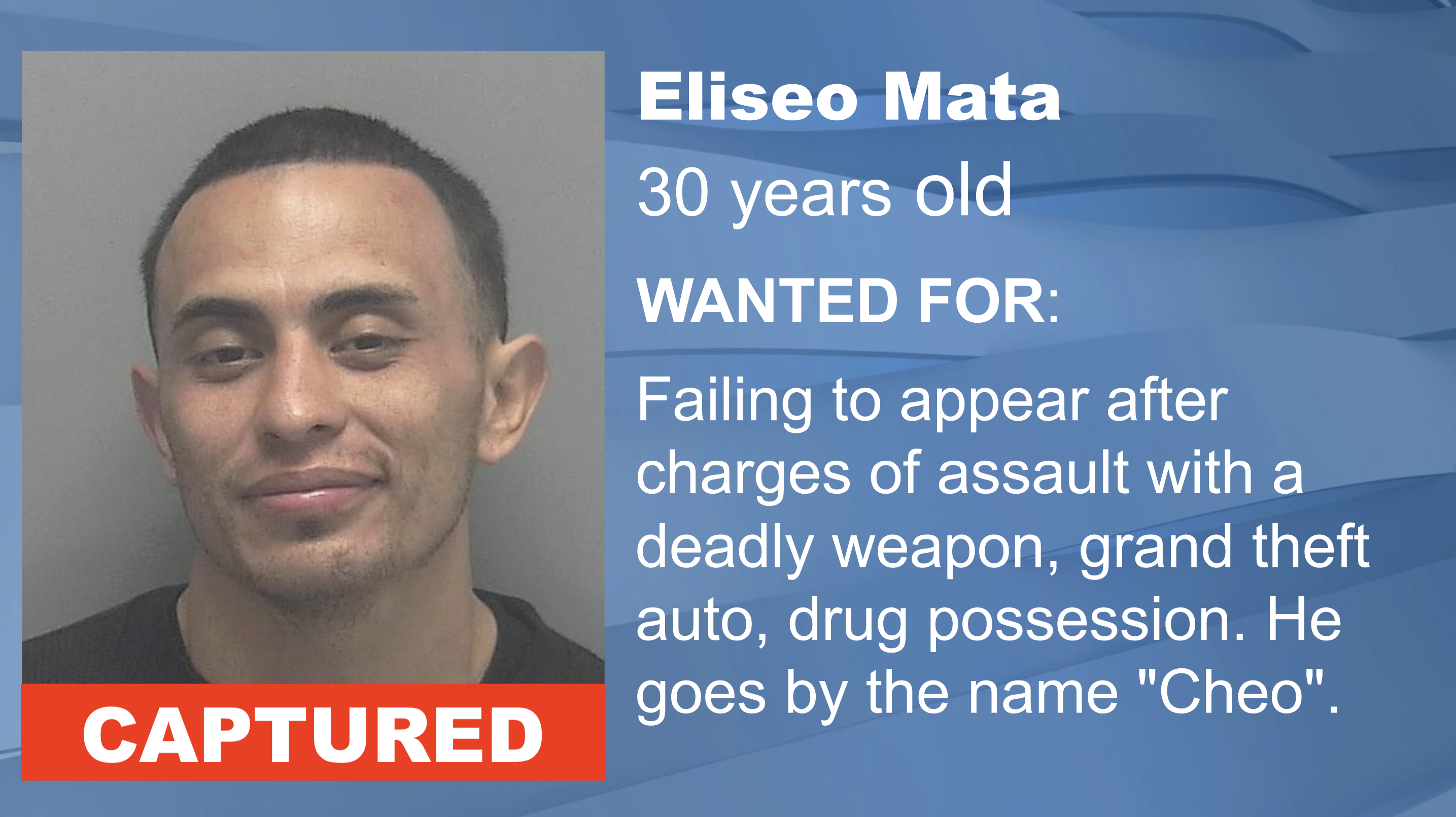 [CAPTURED] Eliseo Mata (DOB 10/18/89) – has two bench warrants for failure to appear in Lee County for aggravated assault with a deadly weapon, grand theft of a motor vehicle, drug-related charges and possession of a firearm by a convicted felon.

Mata was just released from the Florida Department of Corrections last August. Mata is 30 years old, 5’08”, 151 pounds and last known to be living in the Bonita Springs area.

He has several tattoos, to include 2 money bags and 3 dots. He may also be going by the name of “Cheo.”

Jacob Roseboom (DOB 2/5/83) – is a Collier County offender with a brand new warrant for violating terms of his state probation. His issues stem from his most recent arrest for battery and his fourth drunk driving arrest.

After spending several months behind bars for being a violent danger to our community, Roseboom was released and listed as a criminal registrant. But instead of keeping tabs with law enforcement over the last several months, like he was supposed to do, Roseboom has chosen to go on the run, which has subsequently triggered a new warrant for his arrest.

Roseboom is 6’0”, 175 pounds and is believed to be moving back and forth between Bonita Springs and North Naples.