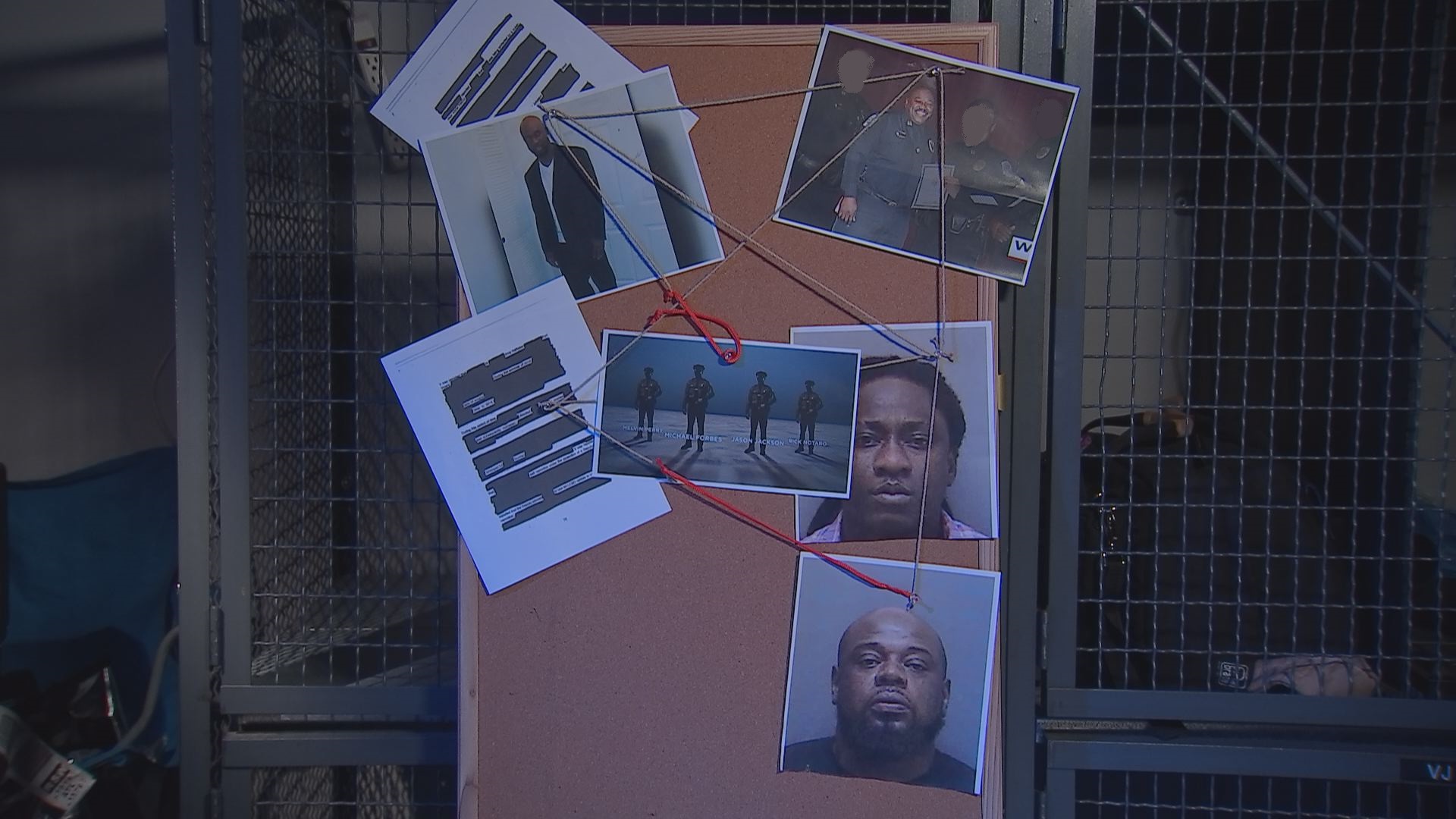 A cloud of secrecy has surrounded an investigation that led to four Fort Myers Police Department officers to be placed on administrative leave three years ago. Nobody will speak about it, and few will even acknowledge it – until now.

The president of the Gulf Coast Police Benevolent Association said the officers are under investigation as part of a federal case against an accused drug trafficker who is charged with ordering the murder of a drug informant.

But, he says there’s no evidence those officers are involved in the case.

The next day, the city released an audit report of the department that discussed officer misconduct. But portions of the audit were heavily redacted before release.

Chief Derrick Diggs sent the full audit to the Department of Justice to request an investigation into misconduct at the agency.

But for three years, there has been silence surrounding the investigation and the officers. Perry, Forbes, and Notaro have since retired, but Jackson remains on the payroll.

In total: the city has spent around $670,000 in pay and benefits for the officers.

Matt Sellers, who worked as a homicide detective at the department before becoming the president of the union, said the federal government is investigating the officers in connection to the murder of a federal drug informant.

Smith was a 27-year-old who was gunned down in the Dunbar area of Fort Myers after dropping his child off at school in 2013.

Sellers said he was the lead detective on that case.

“I was assigned to this case, from day one, from the day it happened up to three years there were never any officers, not these officers that were ever suspected in this case,” said Sellers.

The indictment into Ward also details a drug trafficking conspiracy that dated back to the 1990s and strung from Panama City down to Tampa and Fort Myers.

A codefendant, Dalton McGriff, is named in the alleged conspiracy.
Sellers said he had no information on McGriff or the drug conspiracy count of the indictment but said he’s certain there is no way the officers were involved.

“I don’t know what the federal government thinks. All I know is the parts I’ve read, the bits and pieces of a heavily redacted report, which says officers leaked information. Well, not during the three years that I investigated it did officers leak information or was there any evidence of that,” he said.

But another murder victim comes up within the redaction pages. Victor Johnson was gunned down in 2016 and his case is still unsolved.

The same year as Johnson’s murder an internal affairs investigation was launched into the lead homicide detective on his case for talking about leaks at the department.

Detective Emily Destefanis can be heard on audio recordings as part of the IA saying she was in fear for her safety and the safety of witnesses into Johnson’s murder.

She claimed that witnesses were reporting to her that information was getting out through her supervisor Captain Melvin Perry.

Perry was allegedly telling his wife about the case who was related to the victim.

“Number one, there’s a matter of safety here. There are people who are reporting this to me and they are frantically afraid for their safety,” said Destefanis in an April 2017 interview.

An attorney for Captain Perry said he “vehemently denies” that the Captain was leaking information.

“It’s difficult to defend when you don’t know what you are defending against,” said Stephen Webster who said he has no information on what the federal government is investigating.

Attorneys for the other officers echoed the same. None would confirm Sellers claim that the investigation is related to the federal case against Robert Ward.

“This all started from rumors,” said Steve Dobson, an attorney for Officer Jason Jackson.

Detective Emily Destefanis was given counseling for what she said about Perry and other officers in front of her coworkers. She did not wish to comment.

An attorney for Michael Forbes said Forbes was not involved in the investigation of Ward or McGriff.

“I have no idea what the federal government is investigating,” said Jack Fernandez.

Fernandez said that Forbes has had to sell his house because he cannot get another job amid this investigation.

“From everything we have seen and heard about Mike in our own investigation, he was an exemplary police officer,” said Fernandez.

Attorneys for Jackson and Perry echoed similar sentiments that their client’s reputations have been sullied and there is no evidence of wrongdoing.

WINK News reached out to an attorney for Rick Notaro but did not hear back at the time of publication.

The Florida Police Benevolent Association filed suit against the city of Fort Myers for the full release of the audit documents. The city has not filed a response.

The police department cited an active criminal investigation exemption when WINK News requested the documents be provided without redaction.

The department continually refuses to discuss the investigation into the officers.

“As we have repeatedly stated, we cannot comment on an ongoing investigation, especially one being conducted by another agency. This is not a matter of not wishing or wanting to comment. We have complete faith in our law enforcement partners that this investigation is being conducted in the most effective, efficient and thorough manner, and will be concluded at the appropriate point,” said Fort Myers police Deputy Chief Jeffrey Meyers.

The case against Robert Ward and Dalton McGriff is ongoing. Their attorneys did not respond to a request for comment.

The United States Attorney will not confirm the existence of an investigation or comment in any way.

More oversight wanted for tax breaks given to developers

Djokovic lands in Serbia as questions arise over French Open