Are we starting to see the beginnings of blue-green algae again?

We took a sample of water from the Caloosahatchee River near the W.P. Franklin Lock & Dam in east Lee County to an FGCU researcher.

Dr. Barry Rosen, a professor at The Water School at FGCU already knows it’s positive for cyanobacteria, but what we don’t know is if it’s toxic.

“So there’s definitely something in the water,” said Rosen, finding microcystis, which has the potential to lead to harmful algal blooms. Under the microscope, however, it’s hard to say if it’s toxic. 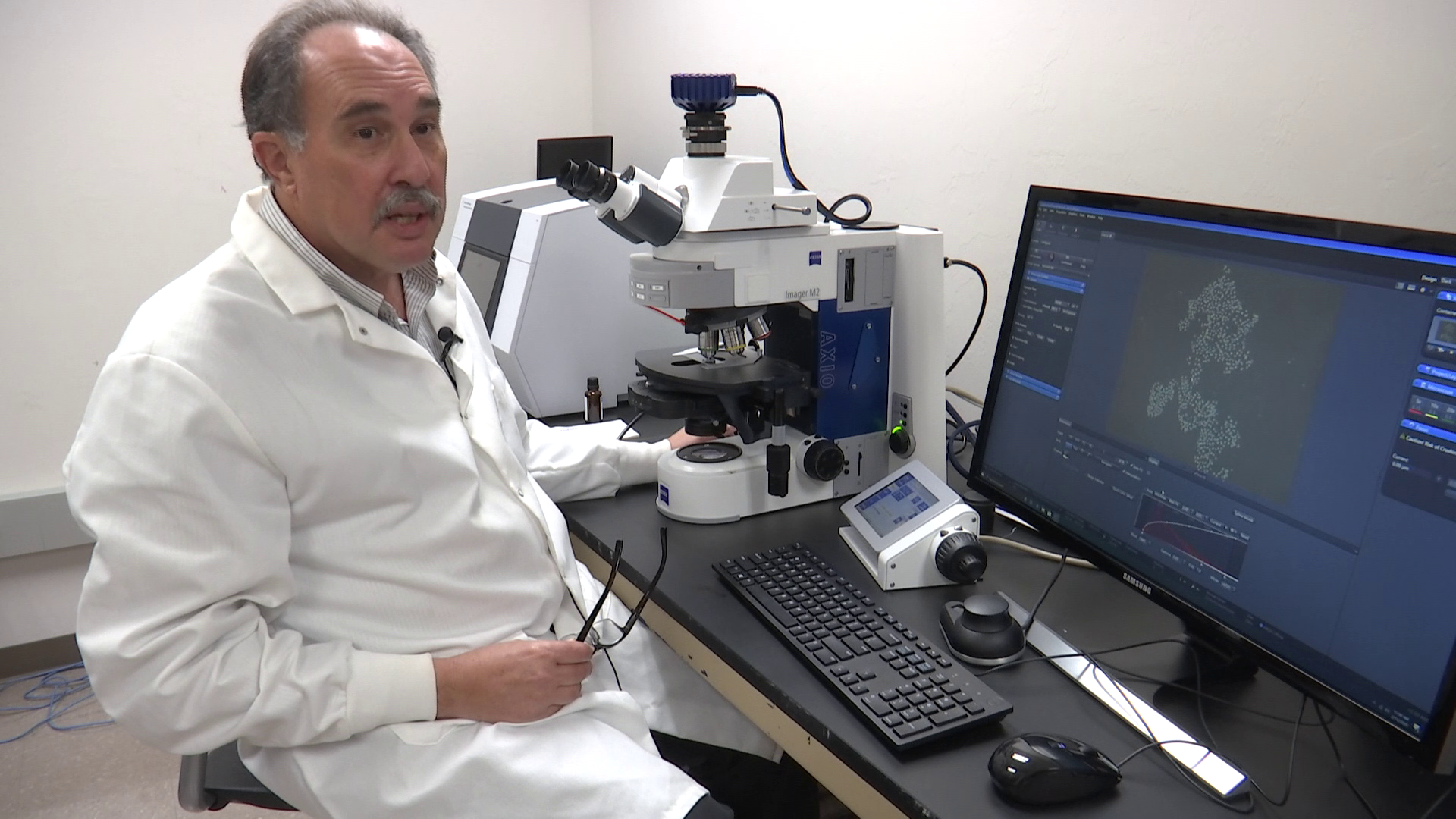 He says “It has the potential, unless you actually tested this organism, because there are many strains of microcystins that are not toxin producers.”

So what does that mean for us?

Rosen said if it doesn’t get into your drinking water, there is really no way to ingest it, “you can be recreating and again from the sample you brought, it’s very low density.”

And while this cyanobacteria hasn’t formed a thick bloom, the question is, will this colony and others like it in the water begin to have a competitive advantage? Rosen questions whether it will “become dominant and become a thick floating mass and then you have to take more precautions.”

He advises if you start noticing surface scum, don’t get in the water.

Doctor Rosen says in the future, he plans to work on the development of a device that can identify toxin genes on-site, as opposed to having to bring samples back to a lab.