Britain is leaving the European Union today. The hard part comes next

After three-and-a-half years, three prime ministers and seemingly endless votes in Parliament since the 2016 Brexit referendum, Britain finally becomes the first-ever country to leave the European Union at 11:01 p.m. GMT on Friday.

Despite this cataclysmic event, almost all of the immediate changes will be invisible to the public. The United Kingdom will enter the transition period that was agreed between the British government and the EU. And the terms of that agreement mean that for the next 11 months, the UK remains an EU member state in all but name.

The UK formally leaves the EU. Prime Minister Boris Johnson will address the nation in what can be presumed to be an optimistic message. Other Brexiteers will be celebrating in grander style, as parties are being held across the country — including one opposite the Houses of Parliament, the body that thwarted Brexit so many times in 2019.

Remain voters will be holding similar protest events all over Britain.

The mood in Brussels will be somber. The Union flag will be removed from all EU institutions (one of which will be placed in a museum in Brussels) and senior EU politicians will probably make statements expressing that this is a sad day for Europe and that they want to remain the closest of friends with Europe. 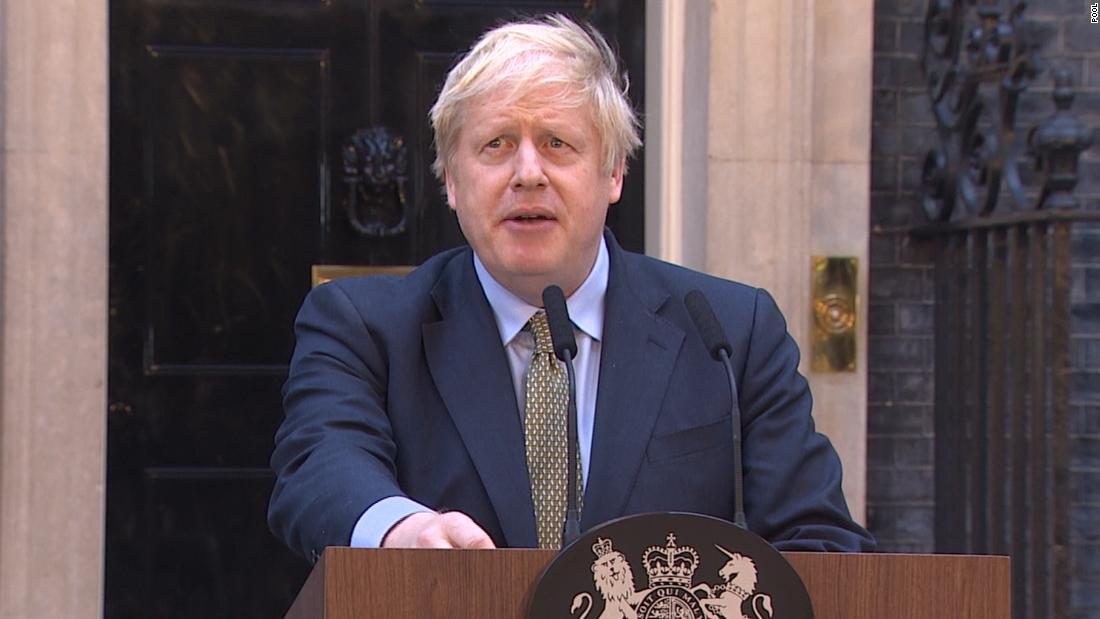 In theory, quite a lot; in practice, very little. The UK might be leaving the EU, but as of 11:01 p.m., it will continue to obey all EU law and European courts. In the coming months, it will continue to pay into the EU budget and comply with any changes to EU law. That means that the only things that will change are largely symbolic. The UK will cease to have any meaningful representation in EU institutions and will no longer attend any meetings of EU leaders. So it will be obeying EU rules while having no say in EU policy.

The end of phase one marks the start of phase two. And if the past three and a half years have been anything to go by, phase two is going to be far more of a nightmare than phase one.

The Brexit transition period is due to end on December 31 of this year. That means the UK has to negotiate its future relationship with Europe in just 11 months. Failure to reach an agreement would mean the hardest Brexit possible, causing economic damage for both sides and possibly the wider world. This is a scenario that both sides are eager to avoid — even as they continue to engage in their game of high-stakes brinkmanship.

Formal negotiations will begin on March 3. In the meantime, both sides will outline their priorities and draw their red lines. If history tells us anything, the UK will be more likely to back down than Brussels. 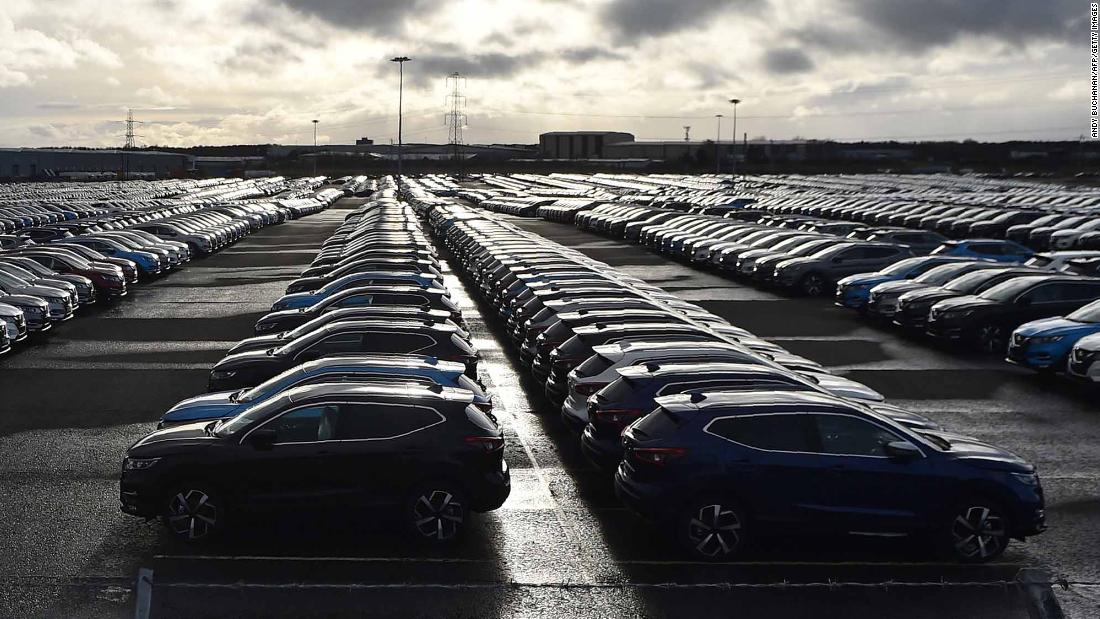 The bulk of these negotiations will focus on the UK and the EU’s future trading relationship. Trade deals normally take years, if not decades, to negotiate. The EU’s deal with Canada, for example, took seven years to hammer out. And the EU is famously difficult to negotiate with because of its complicated internal politics. The Canada deal, for example, almost fell at the last hurdle when Wallonia, a region of Belgium, refused to ratify the deal. However, it is worth pointing out that the UK-EU deal starts from a place of total alignment, meaning comparisons to other trade deals are not fair.

But that’s just trade. There are still many unanswered questions about exactly how much money the UK would pay the EU in exchange for access to its market and what, if any agreement might be reached on intelligence sharing security, aviation and fishing. And the controversial issue of what will happen on the Irish border is likely to feature heavily in any final deal. 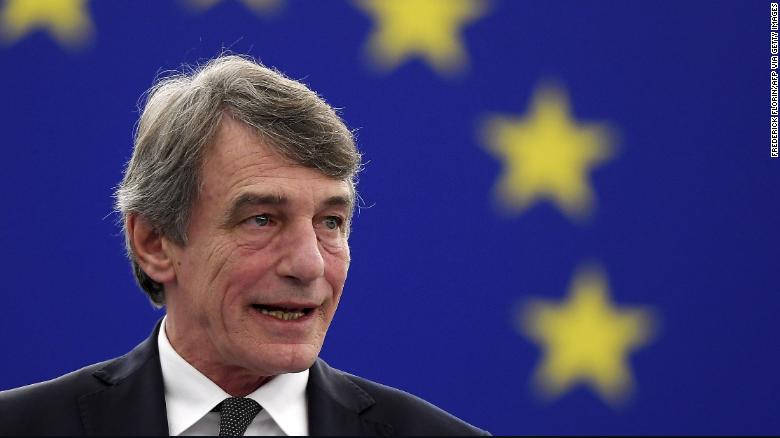 Johnson has not formally announced his red lines yet, but it’s safe to say that his priority will be sealing a free trade agreement that makes both importing and exporting as straightforward as possible, while freeing the UK from strict EU rules. If this is achievable, it would mean the UK continuing to trade in the EU but being flexible on regulations — a situation that could come in handy when striking trade deals with other nations like the US and China.

“With the EU, we need a close partnership based on zero tariffs and quotas as well as regulatory recognition, adequacy and equivalence in all areas including services and financial services,” says Shanker Singham, a competition and trade lawyer. “We won’t be immediately diverging all over the place, but we must reserve the right to do so.”

This issue of divergence is alarming many in Brussels. In short, if the UK is willing to diverge from the EU in areas like tax, food standards and financial regulation, it risks undermining the EU’s precious single market — the EU’s most valuable asset and top bargaining chip. And if Brussels thinks that Johnson has plans to undercut the EU, it won’t hesitate to restrict access to the world’s largest economic bloc.

“For the EU, the trade-off is simple: if the UK diverges and no longer meets EU standards, or British businesses gain an unfair competitive advantage over EU business, then it will have less access to the EU market,” says Georgina Wright, an EU expert at the Institute for Government think tank. 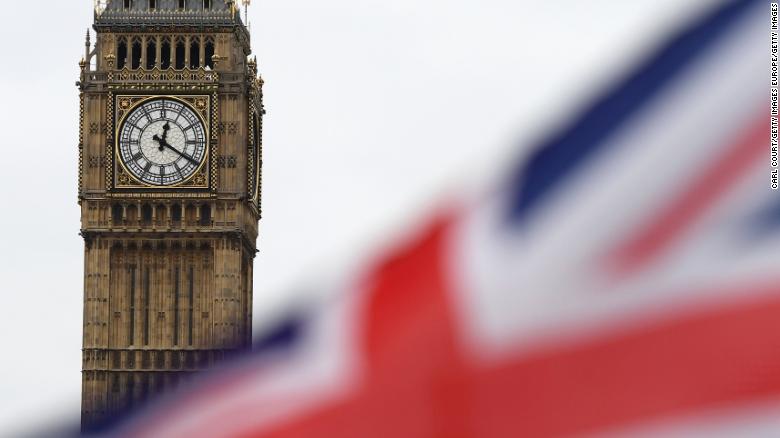 This concern in Brussels is not unreasonable. When the UK points to trading relationships that the EU has with countries like Canada and Japan, it misses two crucial points. First, agreements reached with external countries were about increasing engagement. As the UK leaves, it is about reducing engagement. Second, the UK shares a common border with the EU. And as one EU diplomat points out, “There is a direct relationship between trade and distance: the further you are away the less trade you do. So when we talk trade with Canada, we know that their undercutting of standards will not have the same effect as the UK.”

Notwithstanding this cold reality, it’s clear that both sides desperately want to accommodate one another. The question is whether their competing aims are compatible. “Both sides want to maintain reasonably strong relations, but on the EU side this clearly has to be appropriate with existing structures and agreements,” says David Henig, the UK director of the European Center For International Political Economy.

“On the UK side it will be about allowing regulatory flexibility while still facilitating trade. Defining that in great detail will be a challenge for both sides, though the EU is concerned that the UK doesn’t understand this sufficiently.”

Calm before — and after the storm

The gloves are already off. France’s Europe minister, Amelie de Montchalin, said in a news conference on Wednesday that “France is ready to sign a Brexit deal very quickly if the UK commits to full regulatory alignment that could guarantee no dumping.”

That lack of understanding is the reason this could all get ugly. Regardless of what both sides might say about reaching a mutually beneficial agreement, in negotiations with the EU, there is always a winner and a loser.

The UK will see winning as having its cake and eating it: near-frictionless trade with the EU while enjoying the freedom to do as it pleases at home. It could use state aid to give British businesses a competitive edge or slash tax rates to attract foreign investment in ways that would flout EU rules on competition. 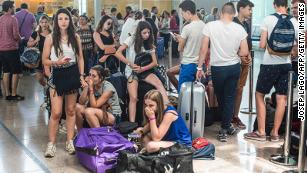 For the EU, hugging the UK tight and stopping it from drifting toward an economic rival, e.g. the US, would be a victory. Brexiteers have long talked up global trade deals as being the upside of Brexit, and no victory would be sweeter than a wide-ranging deal with the world’s only hyperpower.

But for the UK, it will ultimately find that in trade deals with both the EU and the US, it is going to be the smaller partner and to some extent will be expected to sign on the dotted line.

Time is running out. Johnson has said that he has no intention of extending the transition period. If he is to extract concessions from the EU and get a deal that looks like Brexit was worth it, he’s going to have to hope that European fears of divergence and the relatively short period to get a deal done will focus minds in Brussels.

For virtually all of 2019, the British establishment was tearing its hair out over whether or not it would avoid a no-deal Brexit. Getting a Brexit deal through Parliament sucked the life out of British politics. When Boris Johnson finally won his majority last December, a certain degree of calm fell as the key obstacle to getting Brexit done had been cleared.

Now, Johnson finds himself facing 11 months of hellish negotiations with another threat of no deal at the end of the tunnel.

He does have other bargaining chips at his disposal: the EU is very keen to reach agreement on areas other than trade, such as fishing rights, data sharing and security. Johnson could concede on these to get a more attractive trade deal.

But ultimately, Brexit is now weeks away from hurtling towards its next critical deadline. And for the UK more than anyone else, to get what it wants could require shutting its eyes and hoping for the best.