Wait to inflate! How to keep your Christmas decor safe from high winds

Wait to inflate! How to keep your Christmas decor safe from high winds

An intense and dangerous severe weather system, with the potential for strong tornadoes, a paralyzing ice storm and heavy snow, will unfold Friday and Saturday in parts of the central and eastern United States. NOAA’s Storm Prediction Center has issued outlooks indicating a significant risk of severe weather for both Friday and Saturday, for areas including southern Oklahoma and the eastern half of Texas eastward through the Deep South and lower Mississippi Valley.

The term “severe weather” is defined as damaging wind gusts over 58 mph and/or hail larger than an inch in diameter, the size of a quarter. This system will likely far exceed these criteria. This promises to be one of the most significant systems of the season so far. 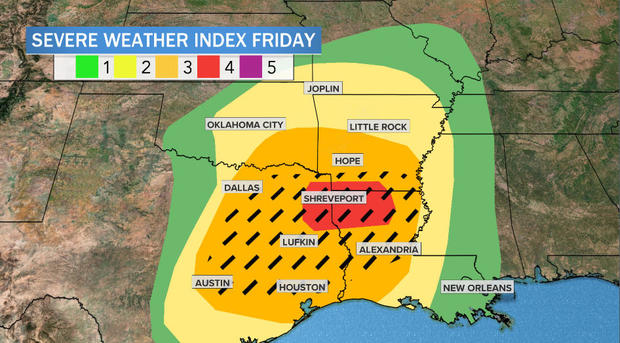 A powerful Pacific jet stream slamming into the West Coast will dig far south into the southwestern U.S. and Mexico. This trajectory will form a trough, driving cold air southward through the Rockies, while at the same time, like a see-saw, launching warm and moist air from the Gulf of Mexico northward into the Southeast ahead of a developing storm system.

The warm air will surge as far north as New England, with temperatures in the eastern half of the U.S. catapulting 30 to 40 degrees above normal this weekend. More than 300 record warm temperatures for the date could be in jeopardy.

This collision between cold and warm air, combined with strong, spinning winds, will come together Friday afternoon in Texas and southern Oklahoma for what appears to be a particularly substantial severe weather outbreak.

The threat for severe thunderstorms will begin Friday afternoon in a large area stretching from Oklahoma City south to Dallas-Fort Worth and Austin, Texas. The threat is for both a solid squall line of thunderstorms near the developing front with embedded rotations, possibly spawning tornadoes, and also discreet rotating supercell thunderstorms out ahead of the main line in eastern Texas.

As the event unfolds, it appears east Texas and Louisiana will be vulnerable to the most threatening weather Friday afternoon and evening. This is where the best chance for strong tornadoes exists — some of them with the potential to be on the ground for an extended period of time. But the whole area outlined by the Storm Prediction Center may produce isolated tornadoes, large hail and damaging wind gusts.

Friday night the line will move eastward from Texas and Oklahoma into Louisiana and Arkansas, impacting cities such as Houston, Lufkin, Texarkana, Shreveport and Little Rock. As it does so, a strong low-level jet stream of up to 100 mph will maximize. As this happens, the main threat from the storm system will transition from tornadoes early in the night to a greater proportion of straight-line wind damage by morning.

It should be noted that this time of year, severe weather and large tornadoes are most common in this specific region. Tornadoes in this region often occur at night when people are less prepared, and as a result are twice as likely to be deadly.

Saturday morning that threat will move east towards Paducah, Kentucky, to Memphis, Tennessee, and Jackson, Mississippi, to the Gulf Coast. Any severe storm may tap into the 100 mph low-level jet stream aloft and bring those gusts down to the ground. Therefore, this squall line may be particularly damaging. 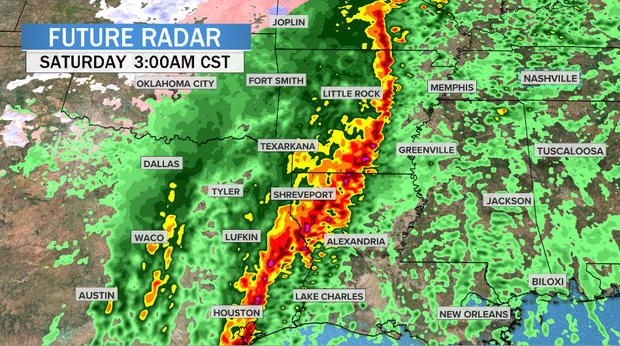 By Saturday afternoon and evening the severe line of thunderstorms will be moving eastward through Tennessee, Mississippi, southeast Louisiana and Alabama. Cities from Nashville to Birmingham, Alabama, to New Orleans will experience brief but powerful storms.

An amplified weather pattern will produce several notable weather stories over the next 5-7 days. First, the total precipitation over the next seven days shows a very wet stretch in the Northwest and across much of the eastern U.S. pic.twitter.com/oiajKiZ8CI

North of the threat for severe weather, in the mid-Mississippi, Tennessee and Ohio Valleys, very heavy and prolonged rain will saturate the ground. Widespread flooding is possible as 3 to 5 inches of rainfall piles up between Friday and Saturday. 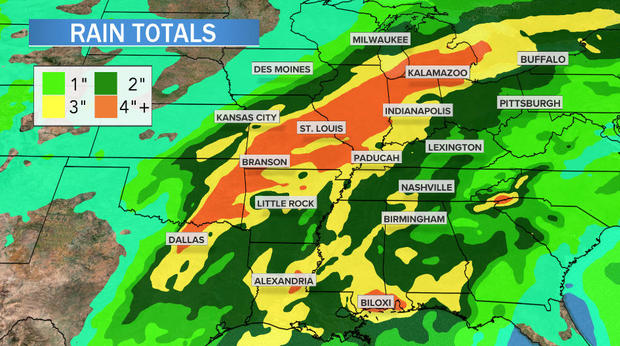 On the northwest side of the system, a potentially paralyzing ice storm will develop. Some areas may receive more than inch of freezing rain accumulation. The highest-risk zone spans from northern Missouri to northern Illinois near Chicago and into central Michigan. This will cause power outages and treacherous travel. 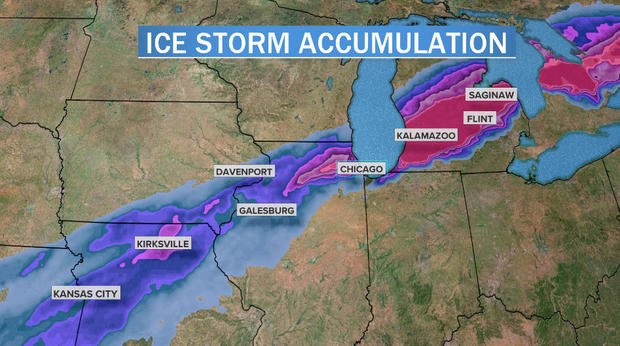 North of the ice, stretching from Milwaukee and Green Bay, Wisconsin, to northern Michigan, heavy snow will bury residents under a blanket of 1 to 2 feet. 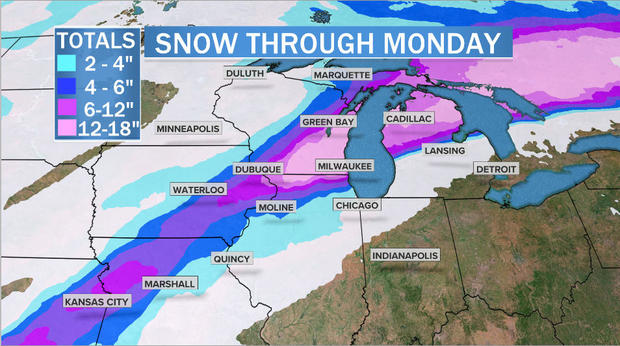 Meanwhile east of the storm, it will feel much more like spring than winter. This is part of the fuel for this multifaceted system.

Unseasonably warm temperatures from the Ohio Valley to the Northeast Saturday and Sunday will shatter records. More than 300 record warm temperatures, both highs and lows, may be tied or broken from Friday through Monday. Boston will surge into the 60s, while Washington, D.C. may crack 70 degrees. 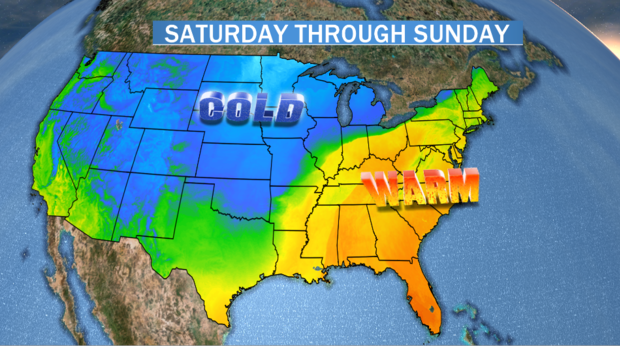