Generations at War: SWFL Vietnam Vet and POW shares his story of survival after over 5 years in captivity

Generations at War: SWFL Army combat engineer on supporting the frontlines in WWII

Generations at War: SWFL Vietnam Vet and POW shares his story of survival after over 5 years in captivity

Wars aren’t just about destruction. Combat engineers in World War II were vital in getting troops where they needed to go. The slogan of the Seabees, the United States Naval Construction Battalions established in World War II, was “we build, we fight.” Naples resident Bud Martin, who served as a WWII Army combat engineer, recalls how two military branches came together for one vital mission.

“Basically, our job was to bring supplies in,” Martin said. “The navy would bring them in and we would unload them and put them in wherever it was hopefully safe.”

Alongside the Navy Seabees, Martin’s engineering unit built bridges, roads, airfield strips, fixing anything the infantry needed in the South Pacific, allowing them to hopscotch the island from Guam to Okinawa. Once they were on the beach, they dug a foxhole.

“That’s where we’d go in case there was a raid or whatever. And that’s where we slept,” he said. “At night, you were petrified most of the time. One of you would stay awake. And nobody would move.”

Martin was attached to the 77th Infantry Division. Night and day, the servicemen were dodging a barrage of enemy fire. “One time at Iheya Shima, we had a crane and there must have been 50 or 60 of us to lift the crane to hook it onto the cab,” he said, “and we no sooner got it up and a machine gun opened up.” Then, they dropped the crane and hit the ground. “Somebody went up there and took out that machine gun so we could finish our work.”

Even after the war ended, there was no rest for Martin’s Unit. For instance, they went through a typhoon on their way to Japan. That typhoon, in October 1945, barrelled through Okinawa, causing mass destruction. It sank 12 ships and boats while grounding hundreds more. Thirty-six people died; 47 were missing and about 100 were seriously hurt.

“It was terrifying,” Martin said. “Our ship anchors got tied up with other ships and ships bumped into each other.”

It was a surreal experience for all aboard that landing ship. Waves of terror tempered slightly by a welcome distraction coming in from halfway around the world. The Chicago Cubs and the Detroit Tigers were playing in the World Series. Incredibly, Martin’s unit was able to listen in.

“Here we were getting lashed around in a typhoon, wearing life jackets,” Martin said, “and listening to the world series, which was really something!” 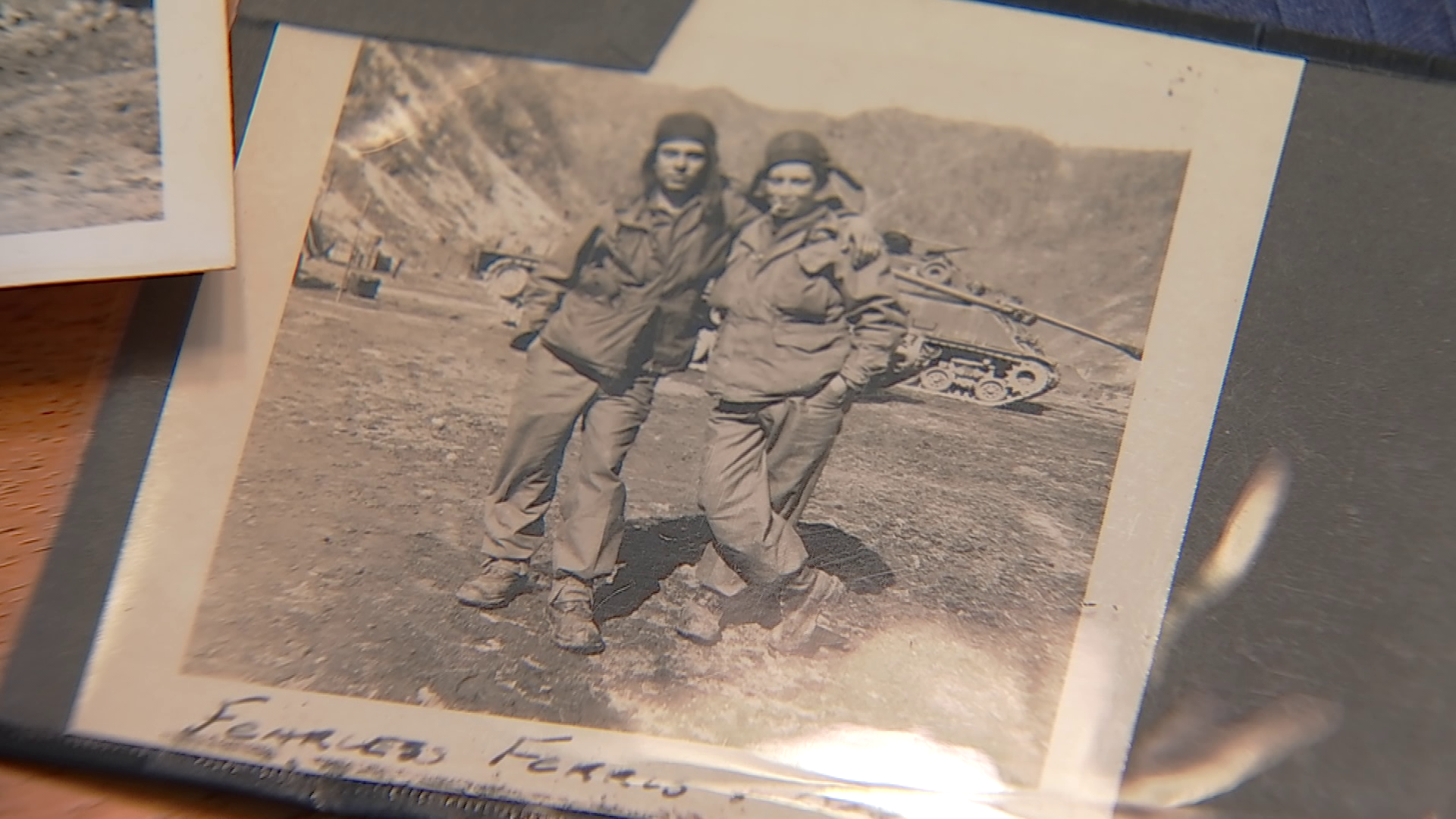 The Tigers won the series in game seven. Meanwhile, Martin’s unit pulled through the storm and made it home.

Now, 98-years-old and living in Naples, Martin does not remember celebrating that much after the war. It was bittersweet.”It’s tough,” he said. “And so many didn’t come back.” Over 400,000 U.S. servicemen died in WWII, while around 670,000 were wounded.

Despite the bloodshed, many, like Martin, willingly signed up to fight. Martin was working in the steel industry when he first tried to enlist, but could not. They did not let him go. Martin had one of those jobs that qualified for what was called “occupational deferment.” But, he was relentless and kept on them. After some wrangling, they gave in and he shipped out.