“Florida is home to more than 1.5 million veterans, and it is our duty to ensure those who have served our country are receiving the care and support they deserve,” Gov. DeSantis said. “As a fellow veteran who served in Iraq, I understand and appreciate the sacrifices made by our veterans, military members and their families. Along with FDVA Executive Director Burgess, my administration will continue to ensure our veterans have access to meaningful support and mental health services.”

During the event, Official 50th Anniversary Pins authorized by the United States Congress were distributed. Any honorably discharged Veteran who served in the U.S. Armed Forces between November 1, 1955 and May 15, 1975 is eligible for this award.

The co-director of the Collier-Lee Honor Flight explained what this means to both veterans and their families.

“The Vietnam veterans, as they came home, were maligned by America,” Rick Wobble said. “And I think the Congress wanted to do something. So what they did was they created this pin. They charged the DOD with getting it to every single Vietnam veteran.”

For U.S. Navy veteran George Christos, memories of the Vietnam War are still fresh. And the return home is also vivid.

“We took two direct hits in North Vietnam,” Christos said. “When I got back from Vietnam, people spit on us.”

The day’s anniversary event ensured Vietnam veterans from all services were welcomed home with a pinning ceremony. Veterans at JetBlue Park all received the 50th anniversary commemorative pin.

Gov. DeSantis attended the ceremony, where he pinned the first award.

“I think it’s a great day for us to say thank you for your service and particularly to be able to pin this award on all the Vietnam veterans,” DeSantis said. “Many of the people now in their 60s or 70s served in Vietnam honorably, and they deserve to be recognized.”

Former Congressman Allen West, a retired lieutenant colonel of the U.S. Army, was in attendance to pin and award veterans at the ball park as well.

“We need to remember those Vietnam veterans that didn’t get that warm reception when they came home,” West said.

Veterans at the park such as Jean Smith Chormann, who served in the U.S. Air Force during Vietnam, enjoyed the day and looking back on her service.

“This is very nice, very nice. I didn’t expect this,” Chormman said. “I enjoyed it, the service. It was hard, but I enjoyed it.”

And 50 years made a big difference to Larry Wilcoxson, a Vietnam veteran who is a recipient of the Purple Heart. Wilcoxson had a rough return to the U.S. in 1969. But the retired army sergeant left JetBlue feeling much better about his service to his country.

“It means I’ve been welcomed back to the United States of America,” Wilcoxson said. 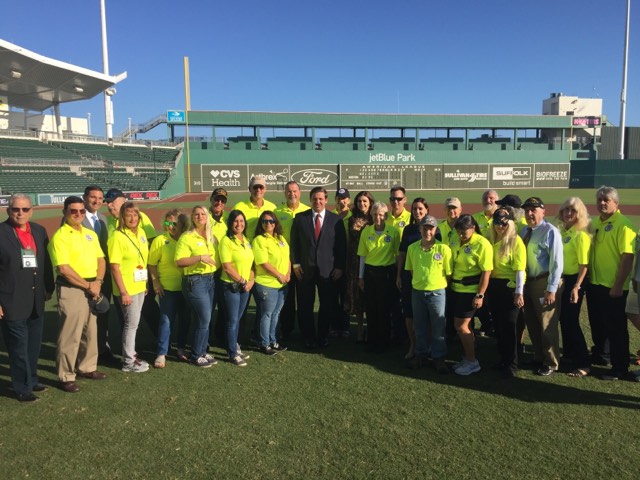 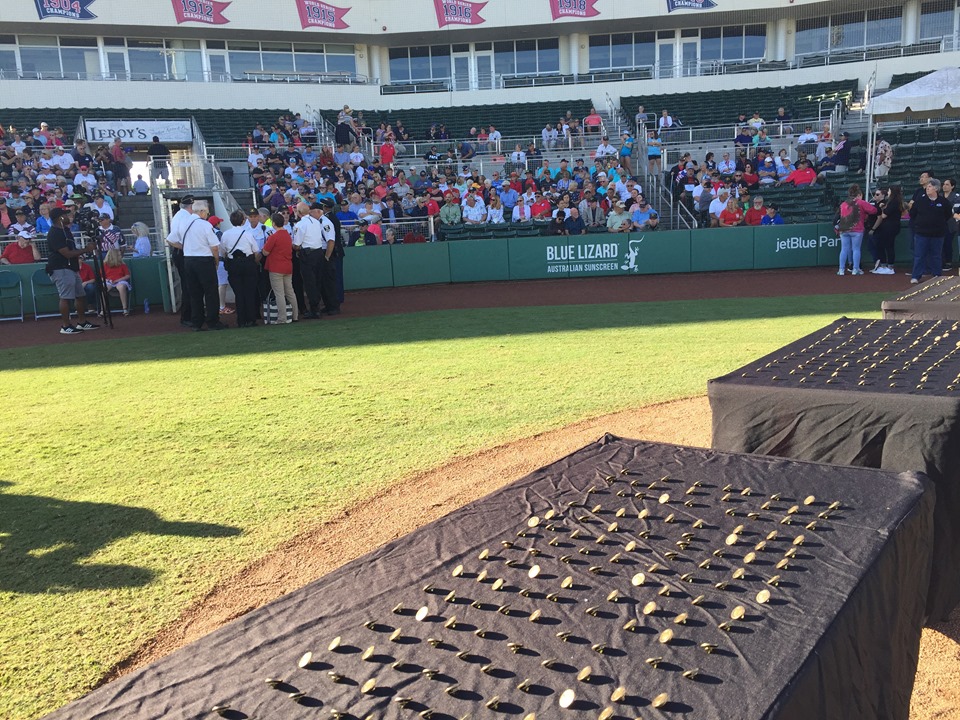