A woman identified as the killer in a cold case murder from 20 years ago in Wisconsin was arrested here in Southwest Florida.

The Racine County Sheriff’s Department in Wisconsin says Linda Sue LaRoche, 64, of Cape Coral is accused of killing Peggy Lynn Johnson, 23, back in 1999.

Johnson was found in a Wisconsin cornfield burned and beaten to death without anyone knowing her name at the time. She became a Jane Doe for the next two decades.

On Sept. 23, a concerned citizen from Cape Coral said LaRoche was telling people that she had killed a woman when she lived in Illinois.

In October, RCSO interviewed one of LaRoche’s children and learned Johnson was living with them. They said Peggy would act as a nanny and housekeeper in exchange for living with the family. At times when not working for the family, Peggy would be made to sleep and stay in a crawl space under the home.

Officials say Johnson was cognitively disabled, and at the age of 18, her mom, father, and brother had all died.

Johnson went to a medical clinic in McHenry, Illinois, where she met Linda, who was a registered nurse there.

LaRoche’s children recall that she was very abusive to Johnson and that it was not uncommon for Johnson to have signs of injuries from LaRoche, according to the criminal complaint. LaRoche’s former husband also confirmed in the complaint that LaRoche was extremely abusive to Peggy, describing LaRoche as a “force to be reckoned with”.

LaRoche’s former husband said he came home from work one day and found Peggy lying on the ground lifeless. LaRoche told him Peggy had overdosed, and she was going to take her away from their house so they would not be involved. She then told him to take the kids out for ice cream.

Investigators interviewed LaRoche on Tuesday, and according to the criminal complaint, admitted that between 1994 and 1999, she was abusive to Peggy.

She said Peggy overdosed but stated she didn’t know what to do and that she thought about calling an ambulance but didn’t, despite being a registered nurse since 1987.

On Wednesday, LaRoche again spoke with police and then admitted that after Peggy took the pills, she left her home and drove Peggy to Wisconsin, according to the complaint.

LaRoche also admitted to letting Peggy out of the car in a rural area and leaving her by the side of the road. She claimed that Peggy was not injured at all when she dropped her off, and that something must have happened to her after she got out of the car, contradicting the information regarding the condition of Peggy’s body at autopsy.

Cape Coral neighbor Paul Rachalski said LaRoche mostly kept to herself until about six months ago.

“Many times, I’d be walking my dog during the middle of the day,” Rachalsi said. “She’d be out with a long gown on, no shoes and, you know, drunk, and we would walk her home. I mean everybody did that, and she was actually very friendly.”

Through call logs, we also confirmed Cape Coral Police Department had to respond to LaRoche’s address seven times this year. Most recently, it was in response to a drunk pedestrian a few weeks ago.

In May of 2018, CBS 58 reported the sheriff wanted to use genealogy sites and DNA to help identify the woman, and just maybe, her killer.

It was shortly after police in California caught a serial killer using a genealogy site that we asked Sheriff Christopher Schmaling if they could use this technology to ID Jane Doe.

He said investigators were going to look into it, but there were legal challenges and they needed to make sure it was done by the book.

He said the case was especially troubling to the department because Jane Doe was tortured, her body dumped in a cornfield, and for 20 years, no one came forward to claim her.

“If you don’t identify your victim, it’s very hard to solve that crime,” said Schmaling. “And we’ve never been able to identify her, so this story on the fact that we might be able to submit her DNA and maybe her family out there somewhere in the world has also submitted their DNA in hopes somebody on this end has submitted that, with that reconnect, would be amazing.” 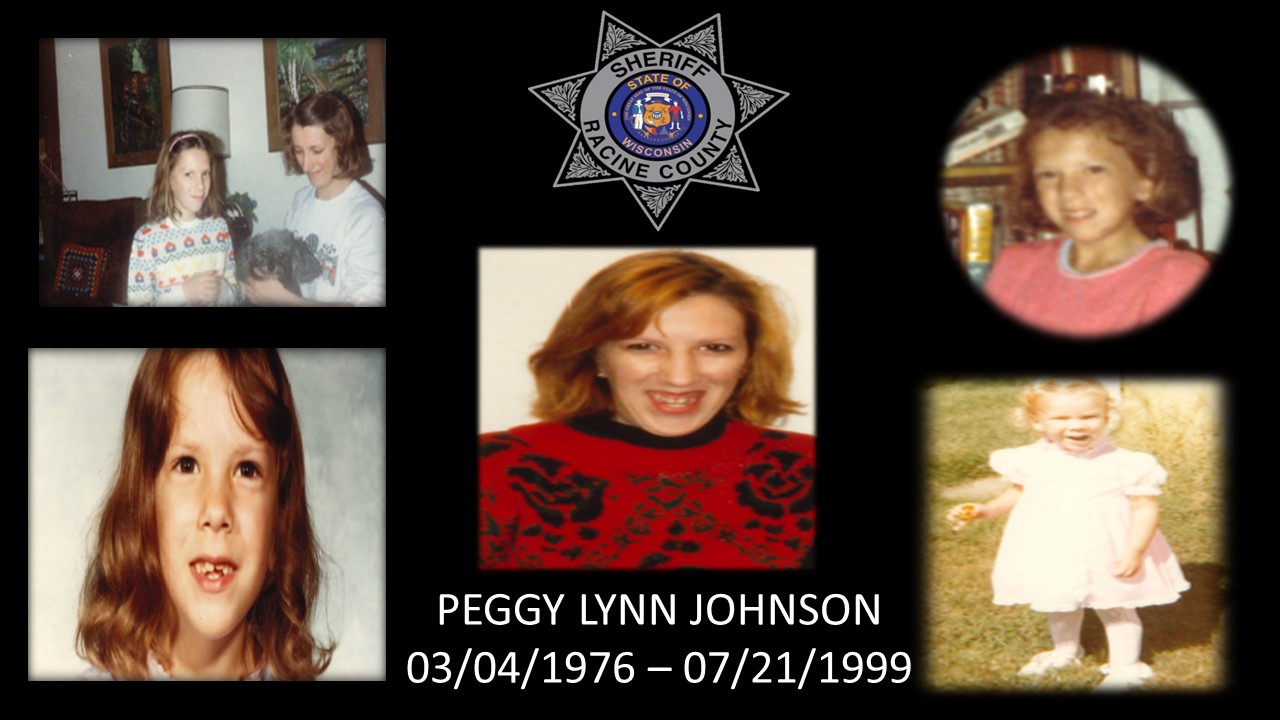 About five years ago, Jane Doe’s body was exhumed so investigators could get more DNA and try to learn more about her.

“The utter barbaric brutality inflicted on this young woman is something we’ll never forget,” said Schmaling.

Johnson will be buried in Belvidere, Illinois, next to her mother, with her true identity.

LaRoche is in custody at Lee County Jail and faces extradition back to Wisconsin.