The McGregor clinic in Fort Myers is celebrating 20 years of changing lives in Southwest Florida.

The clinic says it serves more than 1,100 patients with HIV.

Director Sharon Murphy says, “There aren’t a lot of people that get to work their passion, and I get to do that every day, and that’s all I can say.”

The McGregor Clinic is more than a place to its Murphy, it’s a passion she found 20 years ago while working as a nurse and treating people with HIV/AIDS.

She said when she was a nurse in the ’90s, people with AIDS were in isolation, “It just broke my heart that they were in hospital rooms by themselves … It was a group of people no one wanted to talk about; they were afraid to touch.”

She opened the doors to the Fort Myers clinic in November 1999 for patients living with the incurable virus.

Murphy wants people to feel as soon as they walk through the door that they’re in a safe place, “My goal was to keep the clinic open and work part-time as a nurse.”

Murphy has grown her non-profit over the past two decades to include much more than medical treatment.

The clinic provides case management services, a food pantry, a clothes closet, education and prevention center, and they now have three locations.

For patients like Dawn Marissa Breedon, the clinic is important, “HIV has been a part of my life for 28 years now.” She attends support groups and says she loves the people that are there.

As Murphy celebrates McGregor Clinic’s 20th anniversary, she hopes it inspires others to educate themselves about HIV in Southwest Florida.

She says the increase in new infections every year is “staggering”, and you can get tested for free, “We do not charge for testing never have never will.”

And to be a part of the community embracing people with HIV/AIDS, the McGregor Clinic will celebrate its 20th anniversary with an open house starting at 3 p.m. Thursday at its Fort Myers location, 3487 Broadway. The clinic will offer tours and at 6 p.m. There will be a champagne toast to transforming lives in Southwest Florida.

For more information about the clinic visit mcgregorclinic.org. 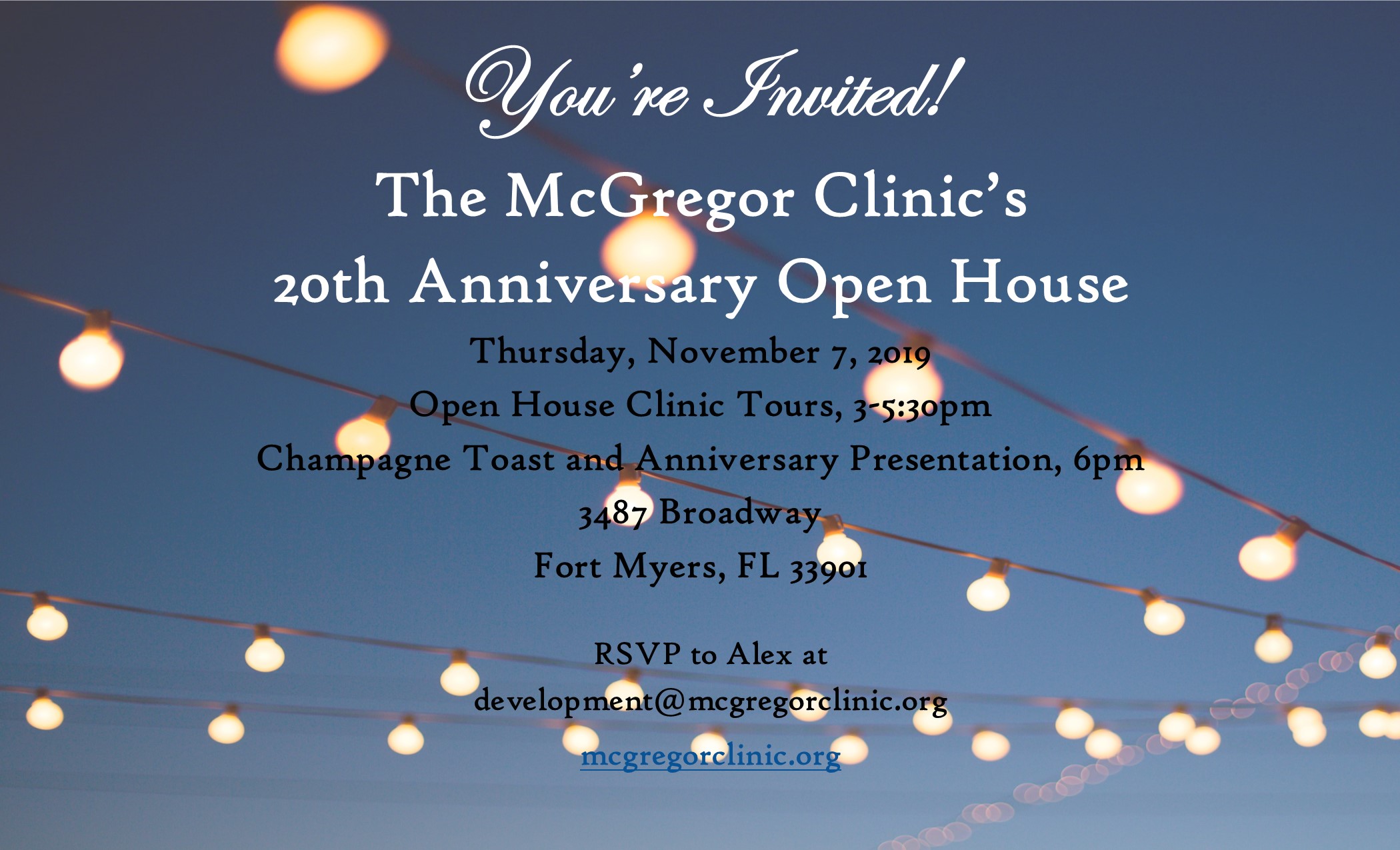