Jimmy Rodgers was found guilty of second-degree murder in the death of Teresa Sievers. But now, his attorneys say new evidence has been disclosed. The motion states, “If said evidence had been introduced at trial, it would have changed the verdict or finding of the court.”

The motion details the evidence in question, saying one week after he was found guilty, the state notified the defense that they had additional statements from witness Dr. Mark Petrites prior to Rodger’s trial. Those statements read:

There is precedent and rules for holding a new trial but certain criteria must be met. Under Rule 3.600 of the Florida Rules of Criminal Procedure, a new trial will not be awarded on the basis of newly discovered evidence unless:

Also, the defense continues to argue Denial of Motion to Continue, saying there wasn’t enough time to evaluate 4,797 pages of additional discovery that was received only weeks before trial. 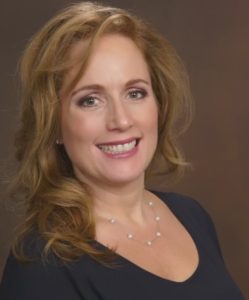 The discovery contained “analysis and review of trace evidence and mitochondrial DNA,” according to the motion.

They argue the “substantial volume of trace evidence material in question could not accurately and completely be analyzed and evaluated in sufficient time for the trial on October 1.”

Included in the motion is a letter from Dr. Albert. H. Lyter III, President and Chief Science Officer of Federal Forensic Associates, Inc.

Dr. Lyter says he was asked by the defense to complete forensic analysis on evidence in the case in May 2019. However, he said more information was needed to complete the review and it would not be ready in time for trial, stating a mid-November completion date.

The next steps are to await a decision from the judge on the motion.