The story of Dr. Cyrus Teed and his 200 followers in Little Old Estero is so bizarre it became a popular book called the “Allure of Immortality.”

She spent the next five years researching the cult and its leader.

The incredibly smart, but interesting Cyrus Teed moved to Estero in 1894. The last of his followers lived on the same land until the 1980’s.

“The Koreshans believed we lived in the center of the Earth,” Millner said.

Teed’s theory is best explained with a globe he used when trying to recruit followers.

The Earth was concaved and the universe was on the inside. Teed also believed he was the Messiah.

“He had an appearance from an angel when he was aged 30 and the angel told him that he was sent to redeem humanity,” Millner said.

Today you can visit the Koreshan settlement and see the 11 buildings that are still there. You may also feel a little extra presence along with you. 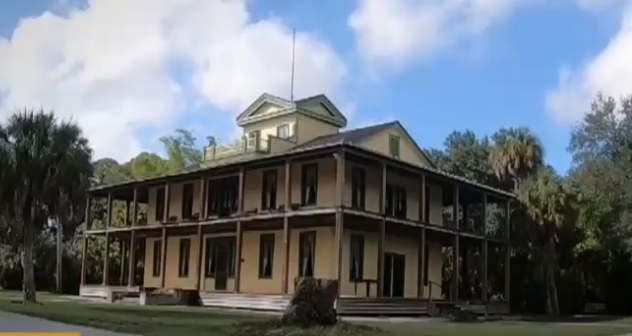 Visitors have even told Hughes they have seen orbs in pictures. All of it is centered around the old general store.

The guy who ran the store committed suicide after going blind and was no longer being able to work.

“He went down to the river, he gouged out his eyes a little bit and drowned himself in the river,” said Hughes.

Millner’s book about the Koreshan State park is so thorough that new employees are required to read it before they begin.

Koreshan State Park is looking for volunteers. You can find more information here.