Sammy Watkins’ grandmother beams with pride over her grandson’s accomplishments

Super Bowl 54 set between 49ers and Chiefs: What to know

Sammy Watkins’ grandmother beams with pride over her grandson’s accomplishments

Super Bowl 54 set between 49ers and Chiefs: What to know

Authorities are searching for one of two men they say opened fire in a Kansas City bar early Sunday, killing four people and wounding five others in a shooting police believe stemmed from an earlier dispute. The other suspect was taken into custody late Sunday afternoon, police said.

Javier Alatorre was nabbed in Kansas City, Missouri with the help of that city’s police, the FBI and the federal Bureau of Alcohol, Tobacco, Firearms and Explosives, according to Kansas City, Kansas police.

They said a manhunt continued for Hugo Villanueva-Morales, who should be considered armed and dangerous. 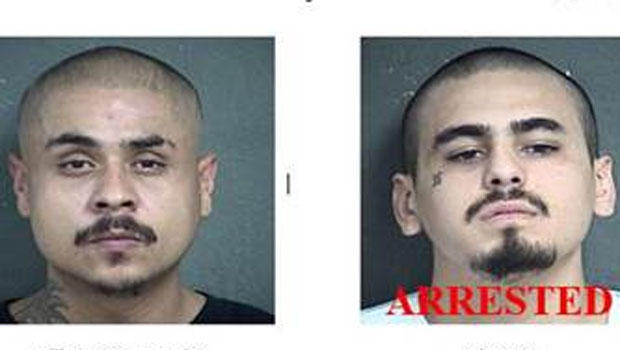