Most Wanted Wednesday: We feature three of SWFL’s most wanted suspects; Oct. 2

William Barfield (DOB 10/6/74) recently violated terms of his state probation on the heels of an arrest for battery and false imprisonment. Last September, Marco Island officers arrested Barfield after being accused of severely beating and holding a victim captive against their will.

In addition to those charges, felon was also charged with witness tampering and grand theft auto.

For the crimes, he sat in jail for nearly four months, before being released on probation.

And now, just a few months following his release, he’s already back to his law breaking ways. Detectives believe Barfield is still in the area, possibly laying low in the East Naples or Golden Gate City area.

He has several tattoos, including the letter “B” with wings on his chest and neck, and may be using the aliases of Van Lido or Scott LaRock. 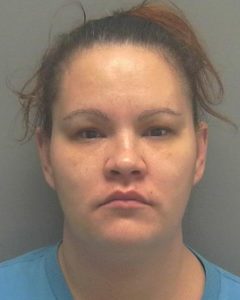 Deputies say she was leaving a bar just before 2 a.m. when she crashed into a parked car. Her attitude quickly turned belligerent as she began screaming at officers and bystanders, while struggling to simply stand up.

For some unknown reason, she attempted to swallow a coin, but missed her mouth entirely – at which point deputies opted to put Brown in handcuffs.

Inside the back of the squad car, Brown violently kicked the interior of the car, causing damage – which only further showed her level of intoxication, they say.

In addition to that arrest, this felon has been booked nine other times for two other DUIs, theft, fraud, resisting and disorderly intoxication. She is 5’8”, 180 pounds and was last known to be living in the Suncoast neighborhood in North Fort Myers. 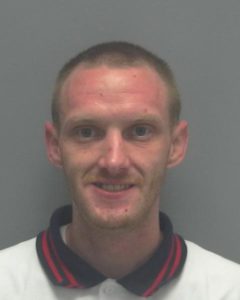 Timothy Williams (DOB 4/3/90) is a frequent flyer in wide world of crime, who has a brand new VOP warrant on burglary related charges.

According to detectives, Williams is accused in a string of late night vehicle break-ins in a North Fort Myers neighborhood.

Some of the cars were just ransacked, and others were cleaned out of wallets, jewelry and personal belongings to the tune of several thousand dollars. Video from a nearby business captured images of Williams perpetrating the crimes, which ultimately led to his capture and subsequent confession.

After spending three and a half months behind bars, Williams was released on the condition that he’d show up for court hearings set by the judge. However, he has quickly fallen out of compliance and now is a wanted man once again.

Williams is a five-time offender who is 5’7”, 150 pounds. He has tattoos of the phrases “Brothers in Arms” on his right arm and “Love is a lie” on his chest. And upon his arrest, he will be held without bond in the Lee County Jail.