General Mills has announced a nationwide recall of five-pound bags of Gold Medal Unbleached Flour because it could contain E. coli.

The company said the recalled bags have a “better if used by” date of Sept. 6, 2020. Only five-pound bags are affected. All other types of Gold Medal Flour are not affected.

The company said the recall is being issued after E. coli O26 was discovered during sampling of the five-pound bags.

General Mills said it has not received any direct consumer reports of confirmed illnesses.

Back in January, the company issued a similar nationwide flour recall for possible salmonella contamination in the five-pound bags.

Consumers are being asked to check their pantries and throw away the recalled flour. General Mills can be contacted at 1-800-230-8103 or by visiting www.generalmills.com/flour.

The company also reminds consumers that flour is not a “ready to eat” product and anything made with it must be cooked or baked first and should not be eaten raw.

General Mills said while most strains of E. coli are harmless, others, like O. coli O26, can be potentially deadly and cause diarrhea and dehydration. 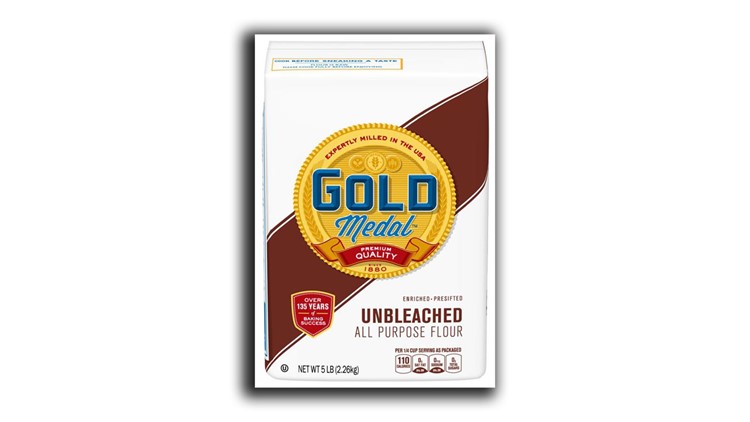