Most Wanted Wednesday: We feature three of SWFL’s most wanted suspects; Sept. 11

Robert Clinton, 48, is wanted in Collier County for violating his probation directly on the heels of an arrest for stealing more than $50,000 from a senior citizen.

Over the years, Clinton has faced a multitude of charges, including dealing in stolen property, fleeing and eluding officers, resisting arrest, contempt of drug court, grand theft, defrauding pawnbrokers, unemployment compensation fraud and being a deadbeat dad.

This repeat felon was last known to be living in Naples and working as a plumber.

Detectives believe Clinton is still in the area – and hope that an anonymous tip will come in leading him right back to the familiar surroundings of a jail cell. 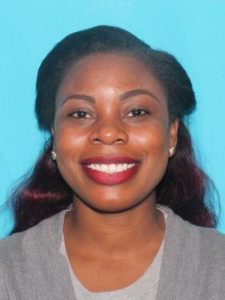 Nahomie Antoine-Derville, 31, is accused of stealing and forging nine checks from a senior citizen to the tune of nearly $5,000. Antoine-Derville was working for the man, who suffered from Parkinson’s, when she swiped the checks which she made payable to herself.

When the theft was discovered, the 31 year old Naples woman went into stealth mode and fell off the radar.

Antoine-Derville still has friends and family ties in Collier County, but also has links to the Broward area. Upon her arrest, she’ll be charged with uttering forged bills and the exploitation of an elderly or disabled person.

James McClellan, 50, has spent a good portion of his adult life in a jail cell for battery, theft, bank robbery and other crimes. He was recently released from his fourth time from the state penitentiary system, but now, just a few short months later, he’s wanted for violating terms of his parole in Lee County.

McClellan is 5’10”, 170 pounds and is believed to be a transient at the current time. Detectives say he may be using the aliases of Anthony Perkins or Tattoo McClellan. It’s likely he got the latter name because of all the tattoos he has – and this is just a sampling of them: a tiger, a zombie and a wizard on his left arm, “Cheeta Heat” written on his left leg, Dr. Zoots on his left hand, a gun and dagger on his left leg and “American Made McClellen” inked on his stomach.