Tropics heating up on the peak of hurricane season

Today, September 10th is the peak of the Atlantic hurricane season and right now we’re heating up with several areas of interest to track.

First, an area you won’t have to worry about: Tropical Storm Gabrielle. The storm will be moving into the North Atlantic, eventually becoming extratropical later this week as it moves north of Ireland. 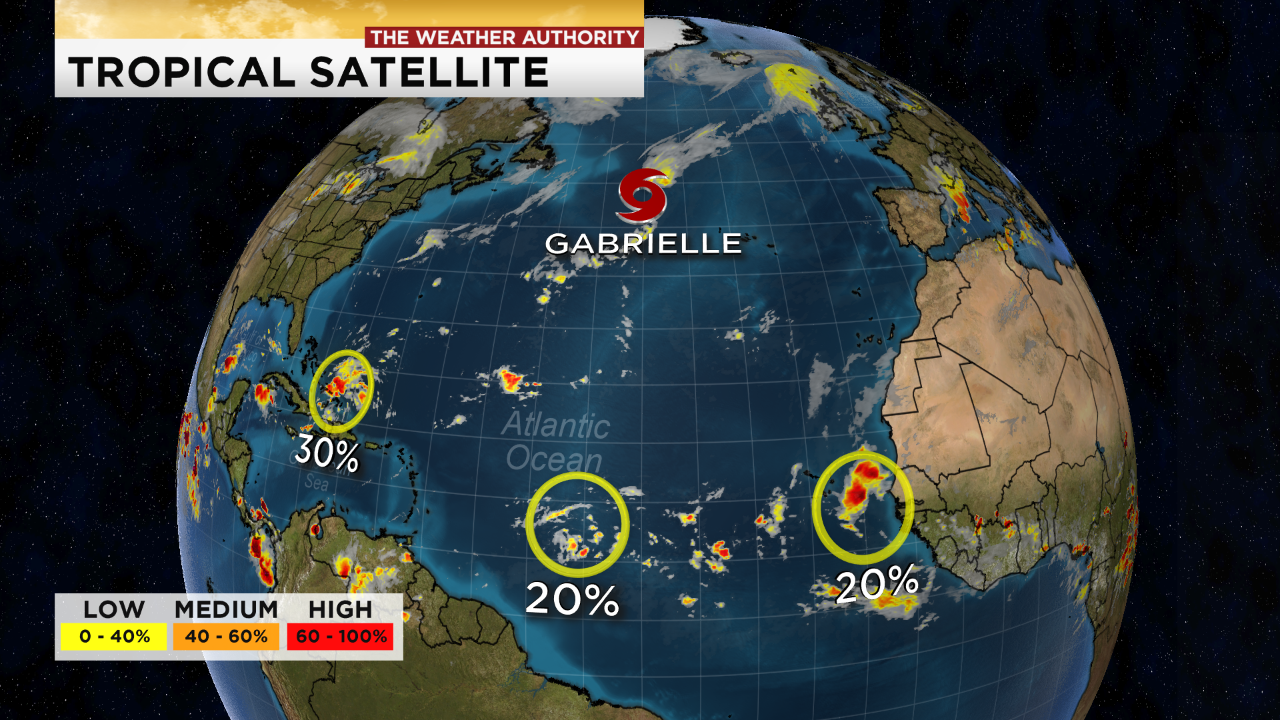 A disturbance north of Hispaniola with disorganized showers and storms will be approaching the Bahamas and Florida by late this week before moving into the Gulf of Mexico. Tropical development is possible if it can get better organized and benefit from better ingredients. However, for SW Florida, it’ll be a rain maker by this weekend due to increased tropical moisture. Odds for development right now are at 30% over the next 5 days.

Tropical wave, Invest 94L, located less than 1,000 miles east of the Lesser Antilles has a 20% chance of development over the next 2-5 days. We will monitor as the area of interest moves westward, but with increased wind shear in its path, it will most likely fall apart.

Our final area of interest emerged off the African coast yesterday as a tropical wave. Both the American and European model hint at the potential for development over the next week, due to more conducive conditions. There is plenty of time to watch this system as it’ll be nearing the Lesser Antilles by early next week. The National Hurricane Center gives it a 20% chance of development over the next 5 days.

You can trust WINK News the Weather Authority to bring you the latest on anything that develops in the coming days.